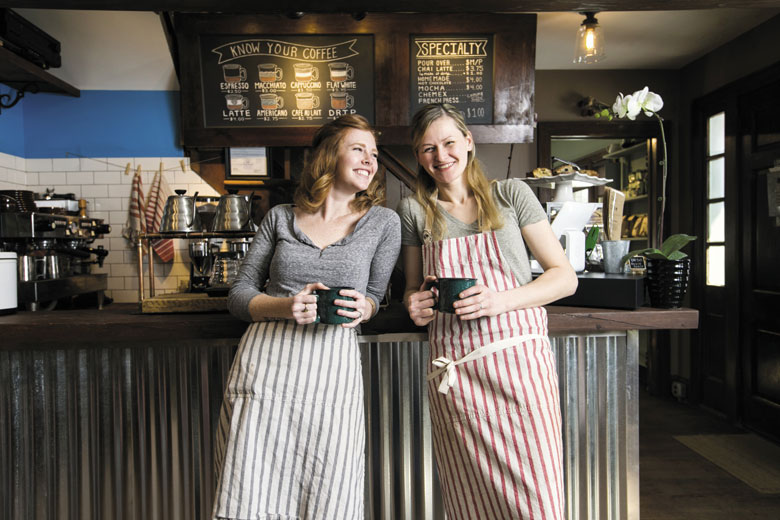 On March 27, Eater broke the news: Disgraced restaurateur Ken Friedman was working on a new business project with the East End’s own Jennilee Morris and Jess Dunne, co-owners of the beloved North Fork Roasting Company.

While details of the project were scarce, details of Friedman’s history of sexual harassment and abuse are well-documented, leaving many on the East End to wonder why North Fork Roasting Company, a highly successful, woman-owned business, would want to partner with him in the first place. Local reactions ranged from outrage to sadness, disbelief to excitement—though not in equal measure.

“While we had preliminary discussions with Ken Friedman about pursuing this new local business opportunity, there was no formal agreement in place. After thoughtful consideration, we’ve decided against moving forward with this venture and instead, will continue to focus our efforts on our current business, North Fork Roasting Company.”

This is not the first time that public outcry has grounded a Ken Friedman project. Last June, the New York Times announced that chef Gabrielle Hamilton was about to enter a partnership with Friedman, in which she and her wife, Ashley Merriman, would become chefs and co-owners of the Spotted Pig. By September, both Hamilton and Merriman—by then beleaguered, having been skewered by both the press and public—abandoned the project for good.

So what’s next for North Fork Roasting Company? Like everyone on the East End, we look forward to finding out. And while we don’t know whether their next move will spark compliments or criticism, we do know one thing: Both Morris and Dunne are listening.