Should This Cancer-Fighting Mushroom Be Commercialized?

The allure, the lore and the risks of commercialization. 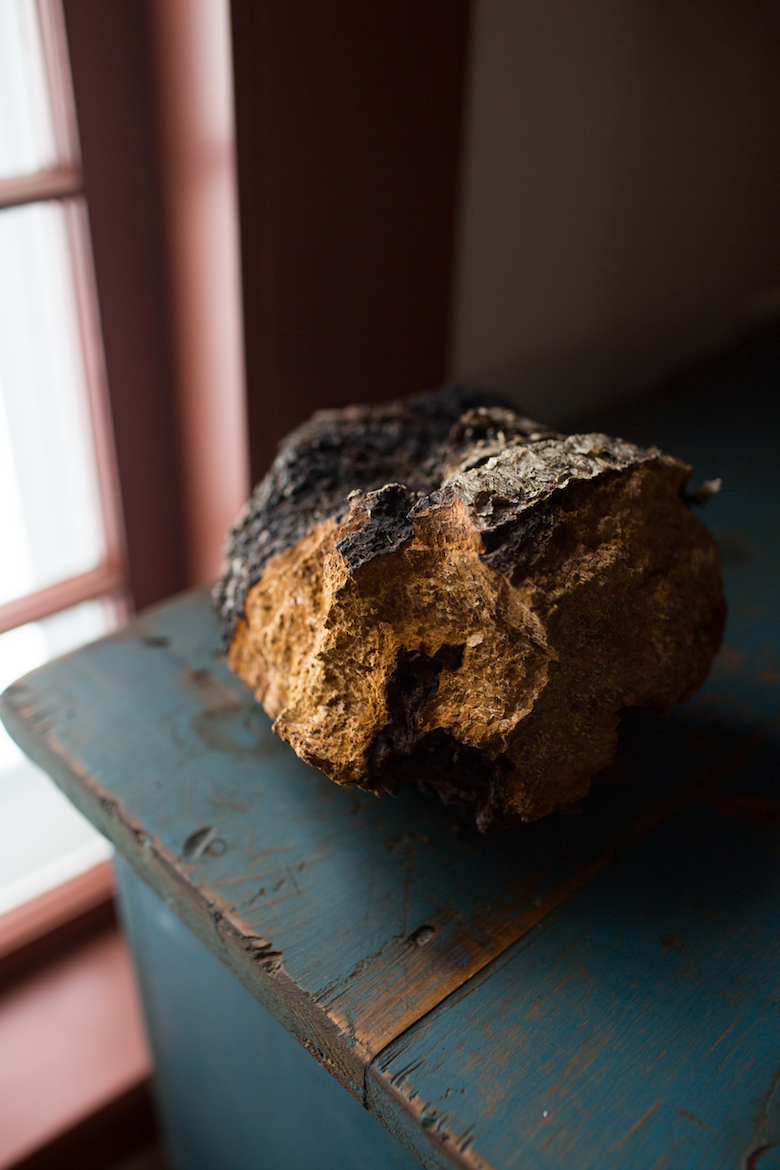 The chaga mushroom has anti-cancer, anti-tumor, anti-viral and anti-inflammatory benefits.

One hears talk of mushrooms saving the world, and as the saying goes, I am here for it. The mysterious power of mushrooms grows even as we become more knowledgeable on the subject. Superhero varieties include cancer-fighters and subterranean networks that allow intra-species transfer of information. Mycoremediation, the practice of using mushrooms to break down toxic waste, is under the microscope of both mushroom lovers and the Department of Defense. The largest organism on earth, and among the oldest-living, is a mycelial mass that covers a good chunk of eastern Oregon. Mushrooms feature in our beloved children’s stories. They provide altered states and they provide nourishment. Mushroom spores can even survive digestion and return to become mushrooms upon elimination. If ever a living entity were deserving of its own kingdom, the Fungi most certainly is. Of course, not all mushrooms are consumption friendly. But many are, and our collective palate and health are the richer for them.

One mushroom among us has recently fallen into the spotlight as an “it” ingredient, a superfood, an elixir. Much like goji berries, kale and kombucha before it, the chaga mushroom is currently having its day in the sun and showing up in teas, coffees and personal products. Considered a “medicinal” mushroom, scientific studies, including those produced by the National Institutes of Health, support its anti-cancer, anti-tumor, anti-viral and anti-inflammatory benefits, with a general boost for digestive health and the immune system, including protecting internal organs, improving skin health and even breaking down bad cholesterol. 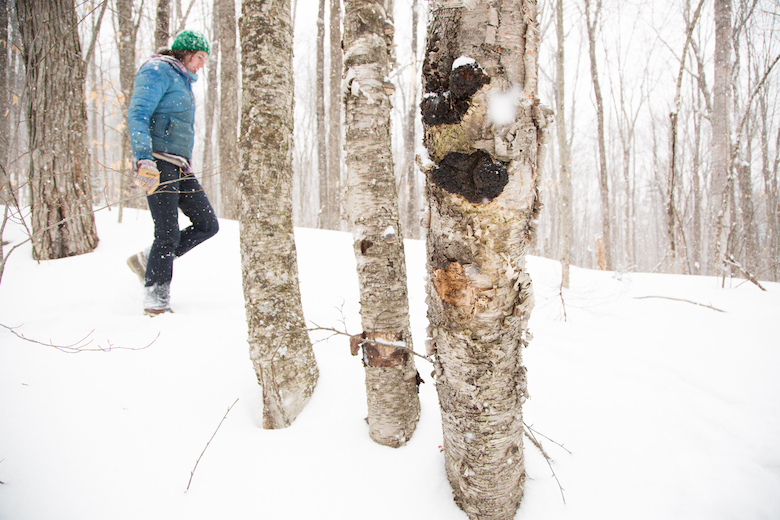 To find the fungus, one needs to seek in the colder climes of the Boreal forest, closer to home that means Canada, upstate New York, Vermont and further northeast. 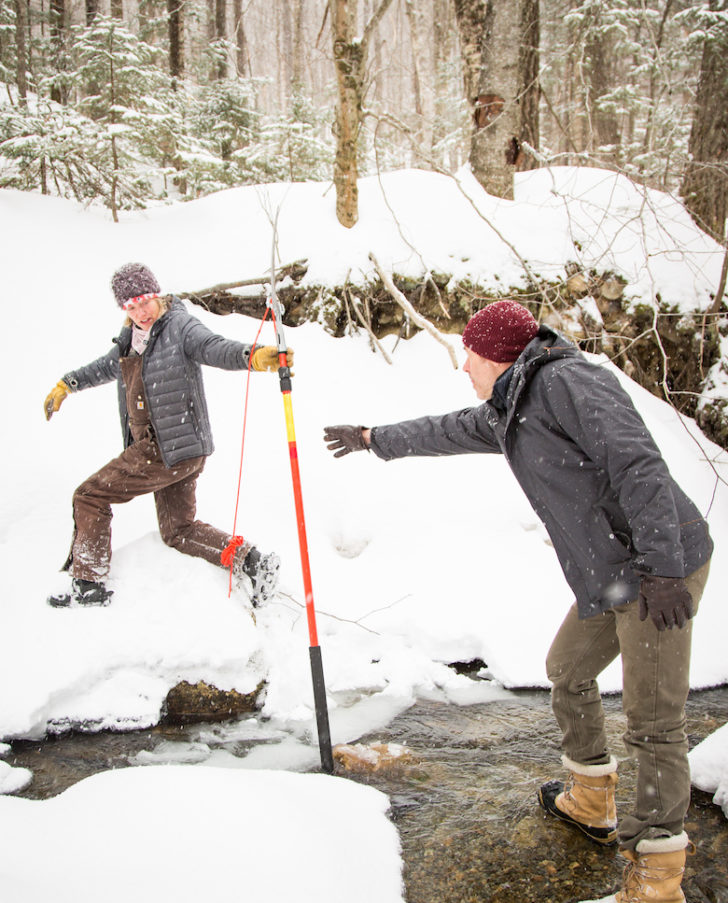 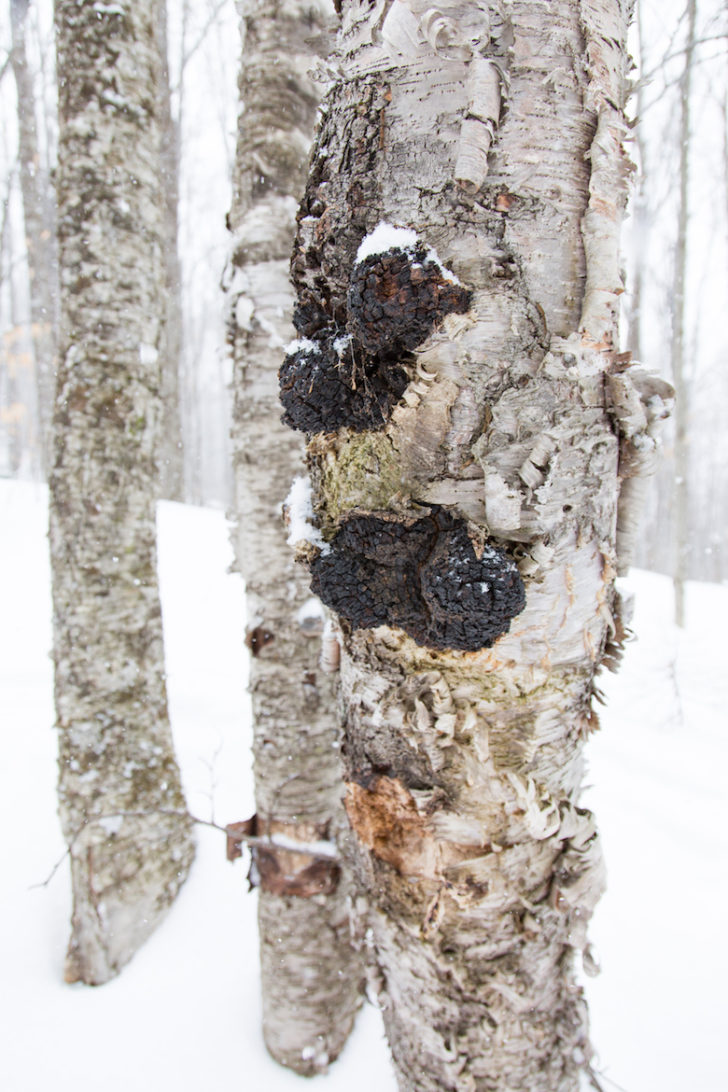 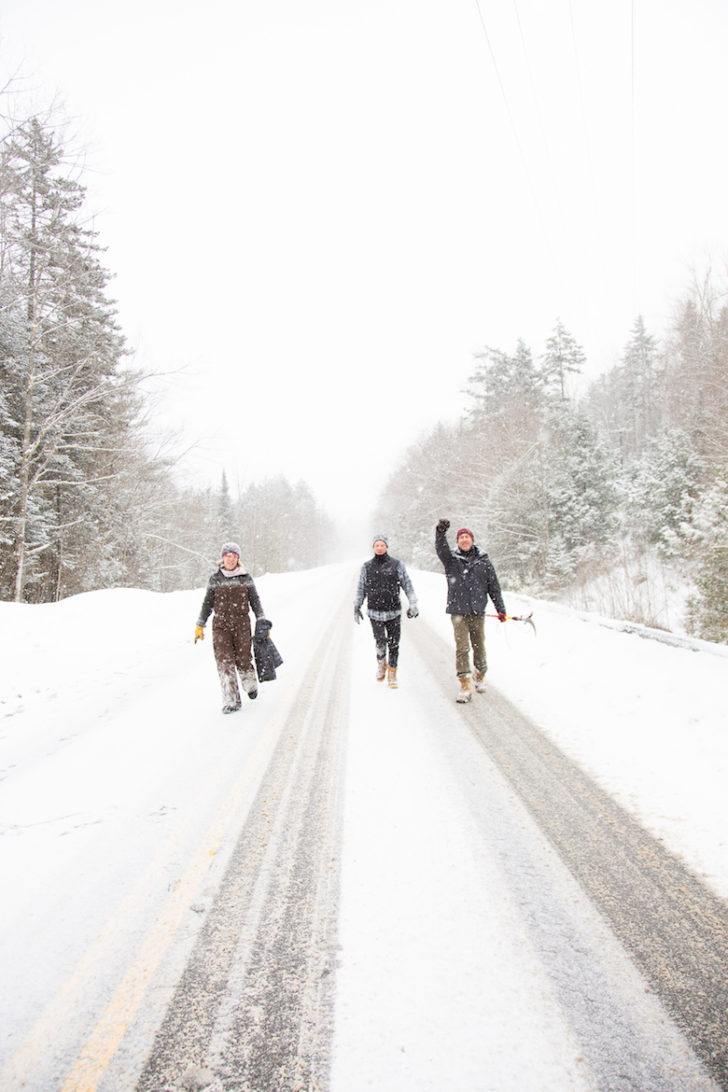 In the past few years, Long Islanders may have encountered at local shops and farmers markets among the first bottled chaga products, Chaga Island. Producers Debbie Falborn and Bridget LeRoy, a registered nurse and certified herbalist, respectively, came out with their bottled chaga tea in the spring of 2016 and have since struggled to keep up with demand. Available in two formulas, Hibiscus-Rosehips and Cinnamon-Apple Cider Vinegar, the medicinal tea requires a slow brew for maximum potency.

“It is not easy,” says Falborn. “You can’t get the benefit from this particular mushroom without a slow continual heat. So there are only two maybe three packers in the U.S. that actually will do it, so it’s costly.” While they’ve tripled production from their first batch of 75 12-bottle cases, their supplies ran out halfway through this winter when a devoted customer visited every last distributor and bought out remaining supplies. “She has been a lifetime sufferer with terrible psoriasis and eczema—she was on steroids and all kinds of anti-inflammatory meds—and it’s gone. She’s like, ‘I can’t run out of this,’” relates Falborn.

Stories like this are what inspire Falborn and LeRoy to forge ahead with their early business and its attendant challenges. “It’s medicinal and it’s helping so many people that it makes me more motivated to do it again. We’re just so early in our development,” says Falborn. The duo are currently seeking investors so they can expand production and reach the price points needed for their business to be sustainable. If all goes as planned, Chaga Island will return late this spring with two additional formulas. 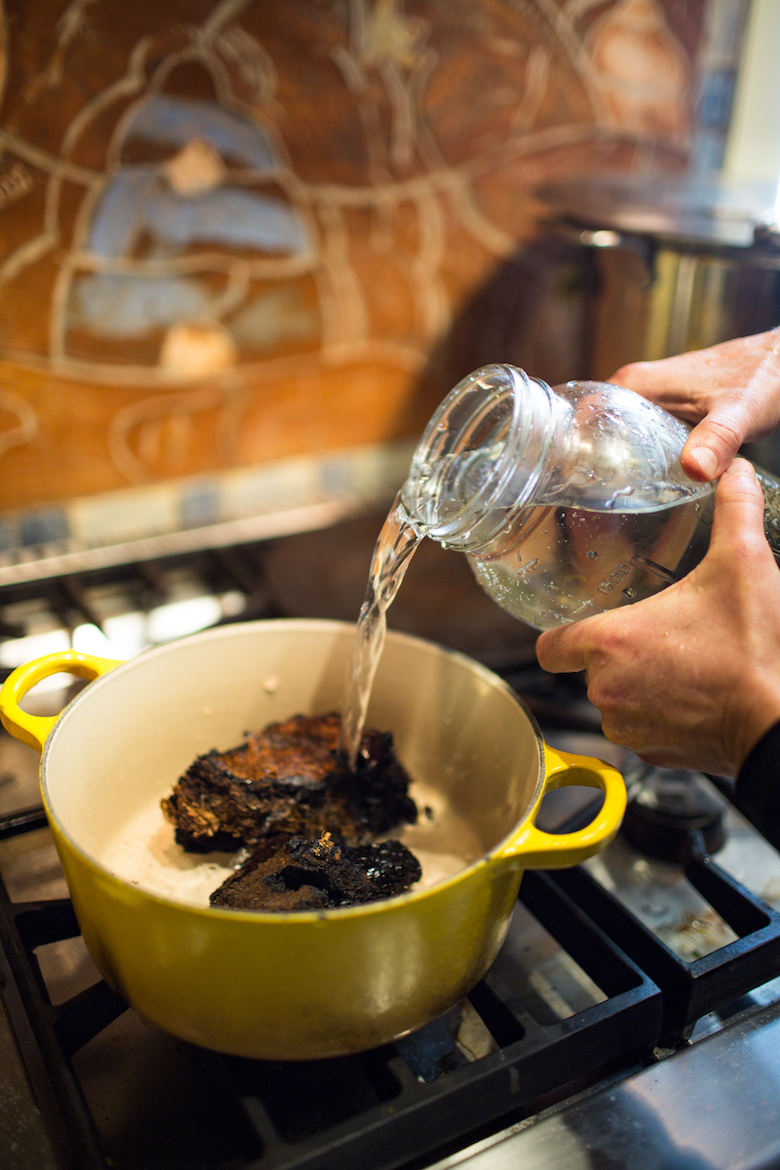 “[Chaga is] really supposed to help you,” says Leigh Merinoff. “I mean that’s why they call it ‘the king of the mushrooms.’”

While the bottled variety may be hard to come by, the unprocessed version is not. A quick search on Amazon generates 20 pages of products: teabags, instant coffees and breakfast beverages, raw chunks, body creams and other beauty products. To date there has been little success with cultivation of the product, though synthetic varieties exist, with some question as to whether they’re up to par.

Beyond the grocery store, Amazon and the science lab, to find the fungus, one needs to seek in northern climes: the boreal forests of the Northern Hemisphere, the Siberian taiga, northern China and Korea, and closer to home in Canada, upstate New York, Vermont and further northeast. Its preferred host is the birch tree, where the fungus “infects” open wounds. You’ve maybe seen it in the circles where a birch’s branch once was, a dark bulbous mass covering the vulnerable spot. There it lies for eight to 30 to even 80 years, but it’s only at the tree’s death that the chaga comes into its power. Like a transference of life force, the mushroom is now activated. (Truth be told, it’s technically considered a parasite, though this writer prefers a more transmutative interpretation.) One Asian name for it dating back millennia translates to “a gift from the gods.” While the earliest evidence of ancestral use of the mushroom dates back 5,000 years: The alpine Iceman was discovered with a chunks of it ensatcheled nearby his mummified corpse in what’s believed to be a primitive medicine kit.

Farmer, agro-ecology activist and sometime East End resident Leigh Merinoff harvests chaga on her farm in Vermont, where, she says, “Everybody wants to have a little chunk of it in their kitchen for when they really need it—if you’re feeling weak or you need to somehow boost your immune system.” 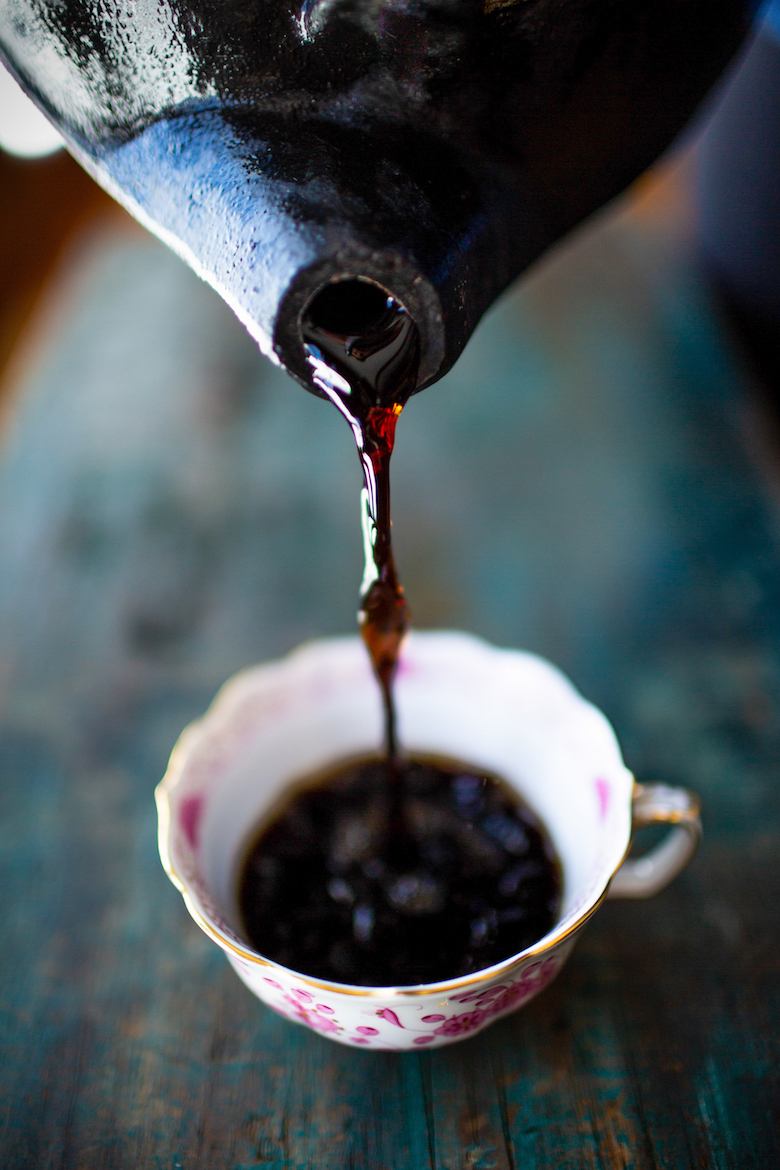 The properties of fungi are vaster than an eastern Oregon mycelial mass. 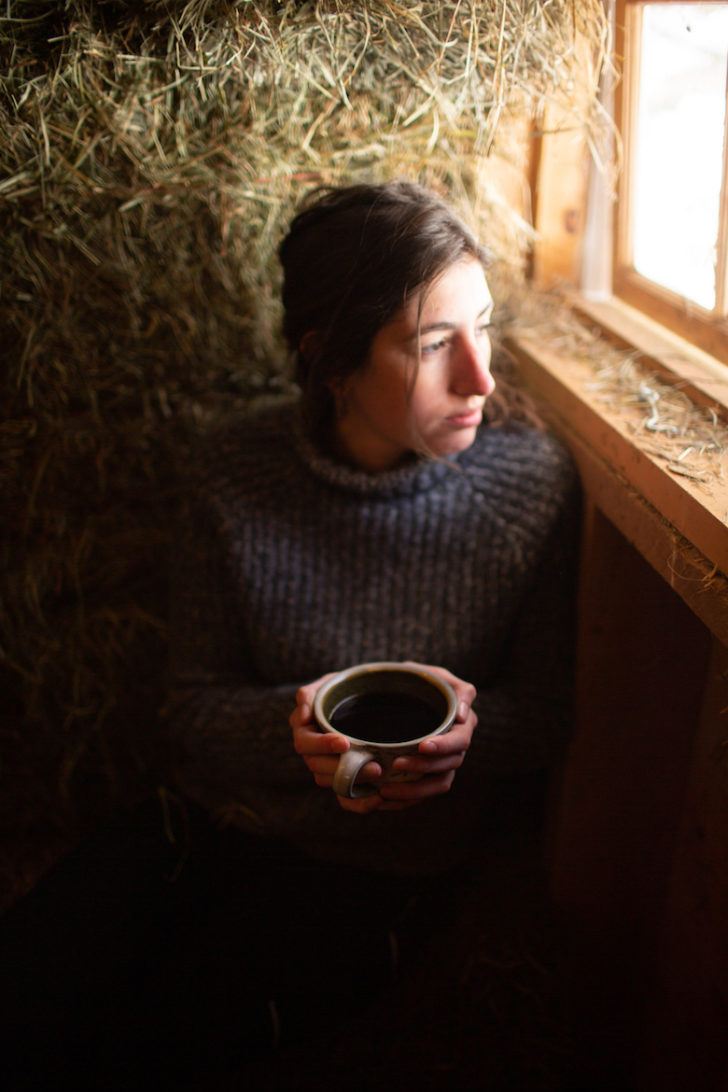 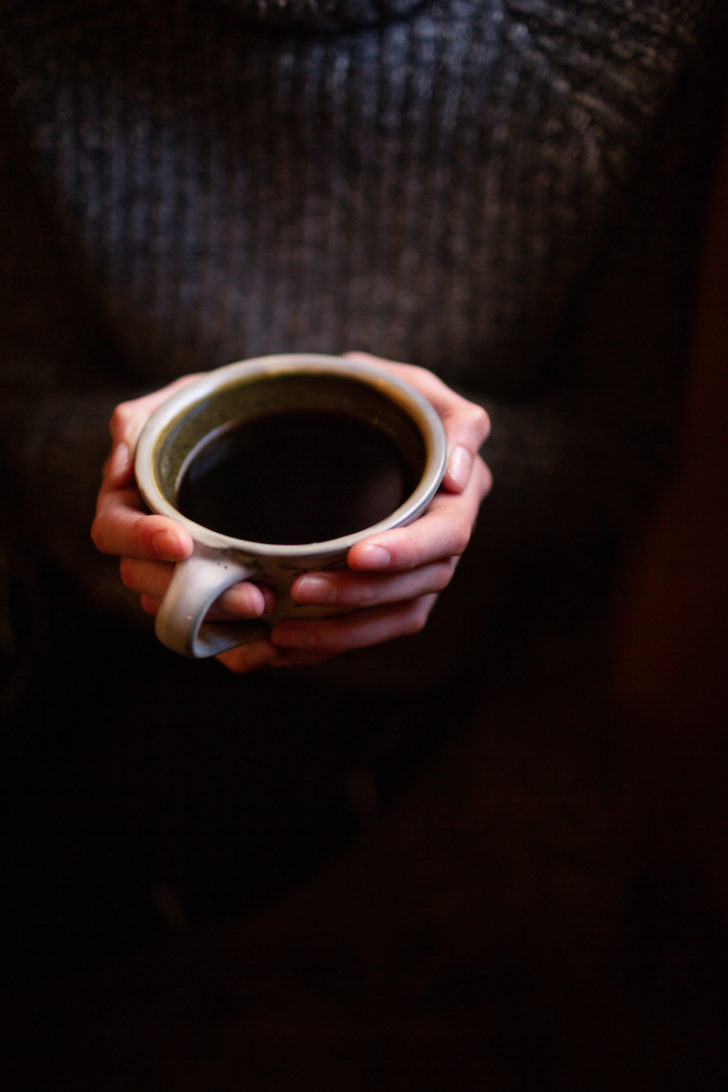 “It’s really supposed to help you,” she continues. “I mean that’s why they call it ‘the king of the mushrooms.’ It’s known for giving people abundant energy and vitality. It boosts you: boosts your strength, boosts your endurance. It’s not like echinacea that fights off infections, chaga just—more like a ginseng might—increases your own personal strength, from the inside.”

Though she has concerns about the surge in interest. “I think it’s good as long as we don’t make chaga so popular that everybody goes and takes it all out of the forest.” She’s quick to point out the medicinal virtues of other forest products, like the birch bark itself, that of poplar and other trees, chokeberries, among others, and recommends that the curious investigate their medicinal benefits as well.

The properties of fungi are vaster than an eastern Oregon mycelial mass. Those interested in finding out more about chaga and mushrooms in particular, would do well to head straight to Paul Stamets. His TED talk “6 ways mushrooms can save the world,” with close to five million views, is among the top viewed TED talks ever and is a portal onto the world of mushrooms, while his fungi.com website is a universe unto itself. The survivalist set is also enamored with chaga and has a generous supply of chaga how-tos up on YouTube.

As for the risks of commercialization: We know how this works. Demand goes up, supply dwindles, prices increase and the product becomes less accessible to those who need it. As Merinoff says, “That’s not where we want chaga to go. It’s a gift from nature and you really just want to protect it and offer it to people who need healing.” As all good foragers know, the best practice is to leave enough for others.