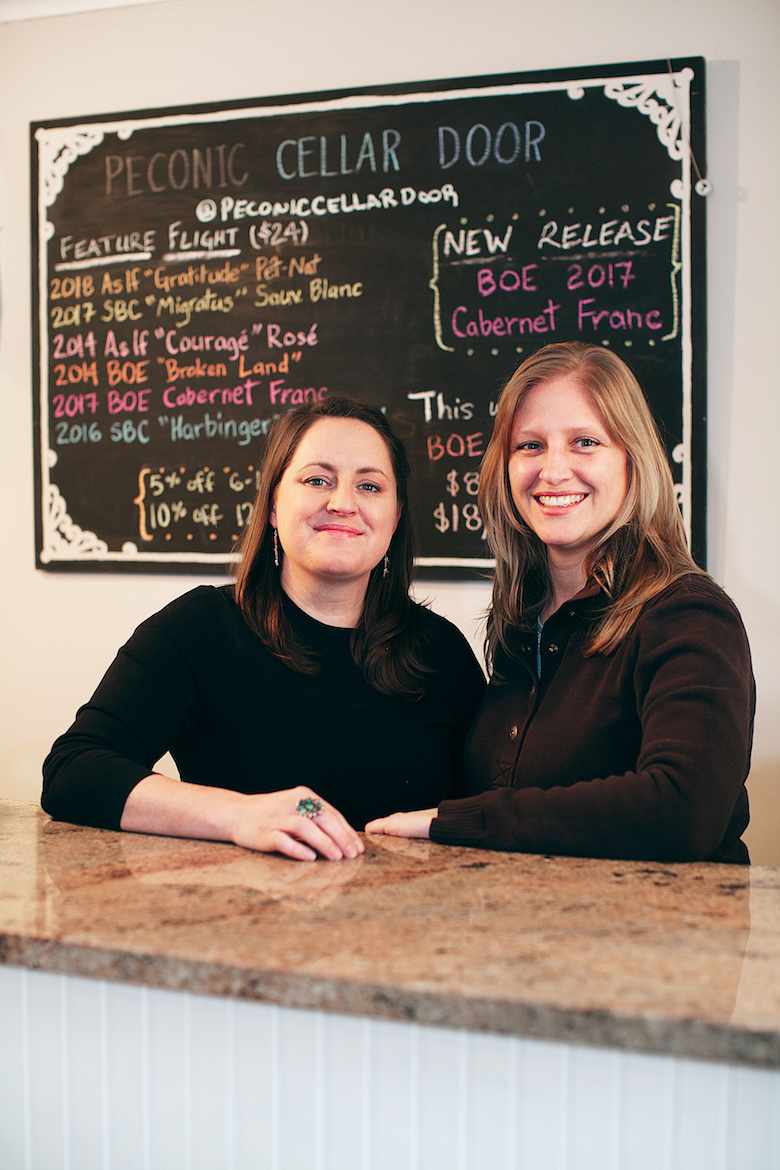 I refuse to get behind the common belief that this period of time is the Era of the Woman. Because, frankly, if you’re a female entrepreneur, or a female oenophile, or a female anything, really, you know that women have been succeeding at things forever, pushing back against the forces that will us into corners, that dispose of us once we become wives and mothers. Still, it bears repeating: To be a woman in the workforce is to bend the world without allowing it to break. The obstacles are sometimes ill defined, and sometimes so subtle that we might impart onto them a diminished sense of importance. But our successes in the face of these stubborn obstacles are important.

Of course, Alie Shaper and Robin Epperson-McCarthy do not want to be defined as female entrepreneurs, per se. Entrepreneur, in the gender-neutral sense of the word, is quite enough. The duo bears responsibility for Peconic Cellar Door, the Peconic-based company that encompasses four labels: As If Wines, Brooklyn Oenology and Haywater Cove (all Shaper’s); and Saltbird Cellars (Epperson-McCarthy’s). 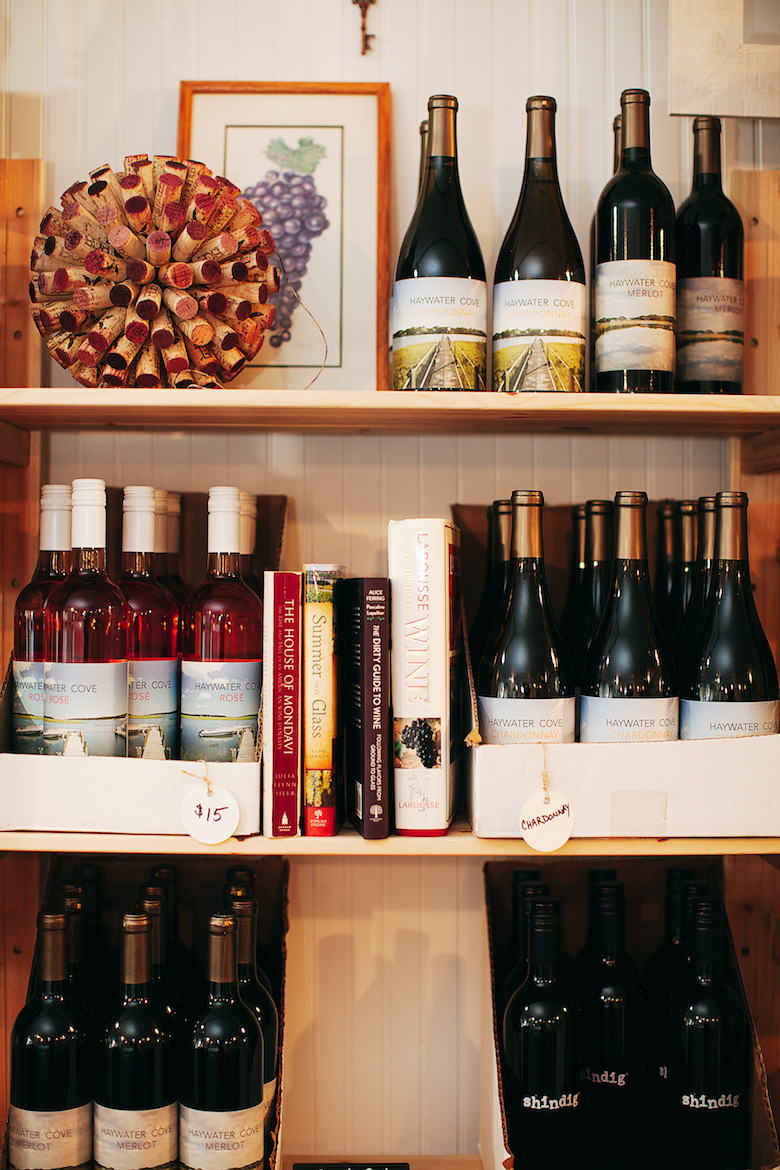 Although Peconic Cellar Door’s four labels are all under one house, the wines and winemakers could not be more different.

The two women met during harvest in 2006. At the time, Epperson-McCarthy was running the lab at Premium Wine Group in Mattituck, where Shaper worked as her assistant. In 2014, after Shaper had gone off on her own, developing, in the process, a consulting company (through Alie Shaper Fine Wines, she is contracted with Croteaux Vineyards, as well as with three other wineries), she and Epperson-McCarthy collaborated. “I wanted to start a company, but it was only going to be one brand, and I didn’t want to start a whole label for that,” Epperson-McCarthy says. The label that she began was Saltbird Cellars, underneath the Brooklyn Oenology licensing umbrella. 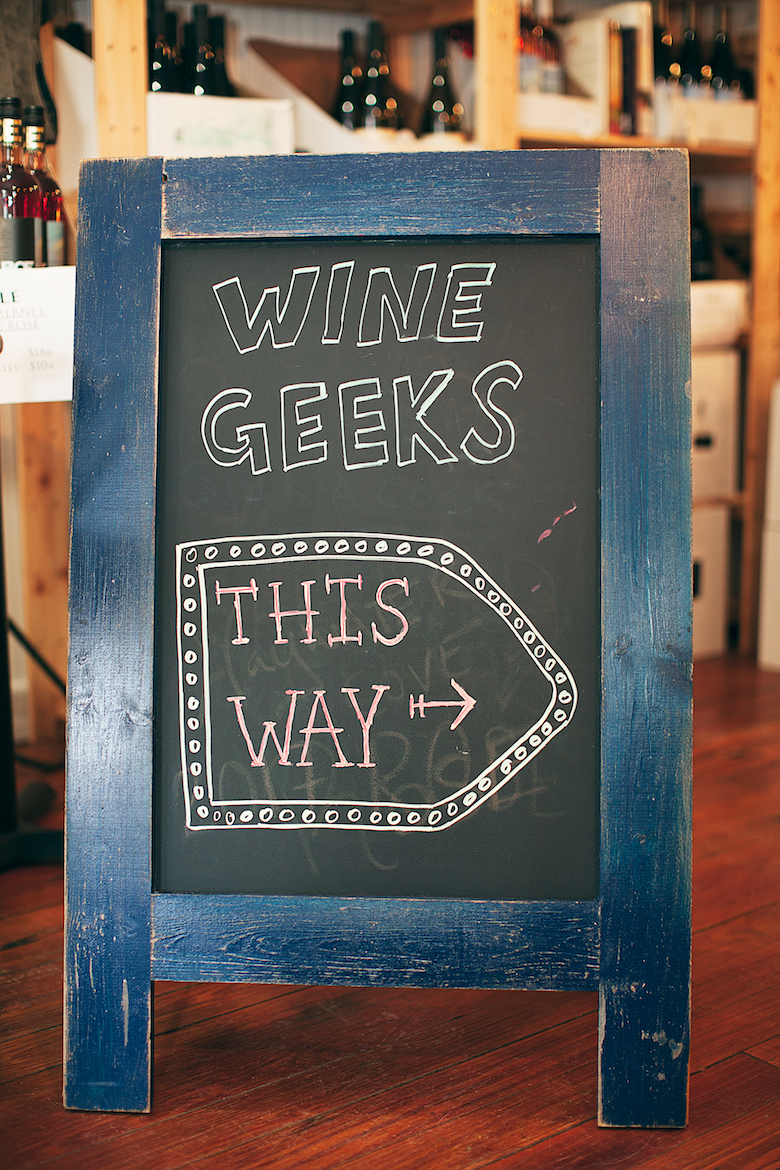 “Peconic Door is supposed to be the all-encompassing experience,” Epperson-McCarthy says, a marriage of palates, styles and sensibilities.

Broadly, how does one define Peconic Cellar Door, with its multiple labels? “Peconic Door is supposed to be the all-encompassing experience,” Epperson-McCarthy says, a marriage of palates, styles and sensibilities. More specifically, Shaper explains, it’s a marriage of philosophy and storytelling. “We use all local fruit, and we’re using that local fruit to tell different stories with all of the brands that we make. Some of the wines are a story of a place, and some of them are stories about the people we are. There is more than one way for a winemaker to express how [she’s] excited. For Robin’s wines, they’re about where we are and where she grew up and how she traveled around the world as a winemaker. Over time, I had more ideas of what I wanted to say.” These wines are meant to showcase not only the terroir of Long Island but also the winemaker’s journey, both physical and emotional.

Robin Epperson-McCarthy has worked as a winemaker all over the world, landing in far-flung winemaking regions like Australia and New Zealand—and her travels reflect her current winemaking style (although she defines this style, in part, as wine that is designed to be paired with local cuisine). A caveat: Her wines are not meant to be read as “New Zealand–style,” or “Australian,” even though she draws on those places for inspiration. “I’m not trying to make New Zealand sauvignon blanc; I’m trying to make the best sauvignon blanc that you can make here on Long Island.” Ms. Shaper’s winemaking ethos tends toward the Old World. “My production was informed a lot by my experience in the wine industry before I started producing,” she says. “I definitely have a European preference. We’re both looking for something that expresses terroir.” 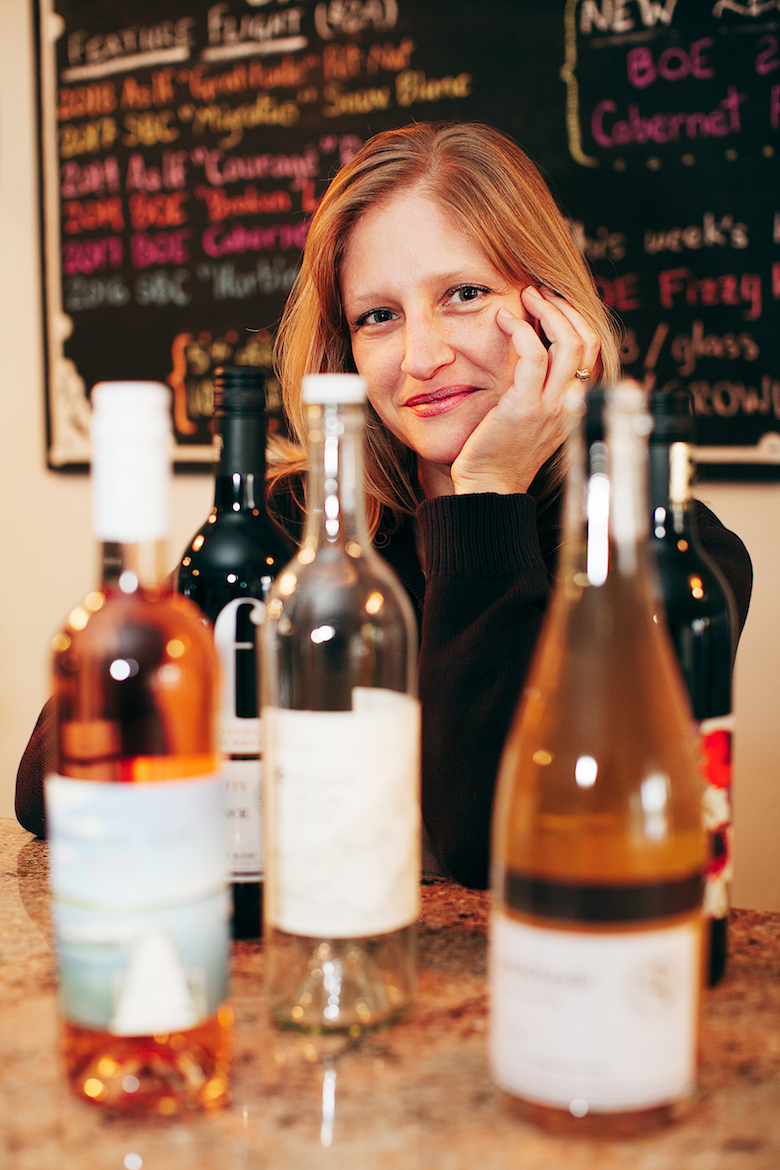 Ms. Shaper’s winemaking ethos tends toward the Old World. “My production was informed a lot by my experience in the wine industry before I started producing,” she says.

As far as the nuts and bolts are concerned, decisions for the expressly separate labels are autonomous. Where one woman uses Stelvin enclosures, the other might use cork. Where one ages in stainless steel, the other may age in French oak. And owing to Long Island’s fickle climate, cuvées can be mutable. “It’s not formulaic at all,” Shaper says. “You have to be flexible with how you do things, and you have to be flexible with what you make year to year.”

Flexible. Naturally. Any winemaker worth his or her salt must flex with the seasons. But if you’re a female winemaker, rising in ranks in a field that is historically male (a demographic that happens to be changing, for what it’s worth), you also have to be strong. “As a young 20-something-year old, I had no problems,” Epperson-McCarthy says. “I didn’t run into issues until I had my daughter, or until I was married and questions came up, like, ‘When do you plan to start a family?’ I hate the analogy of a glass ceiling; for me, it was finding the balance between home and work life.” 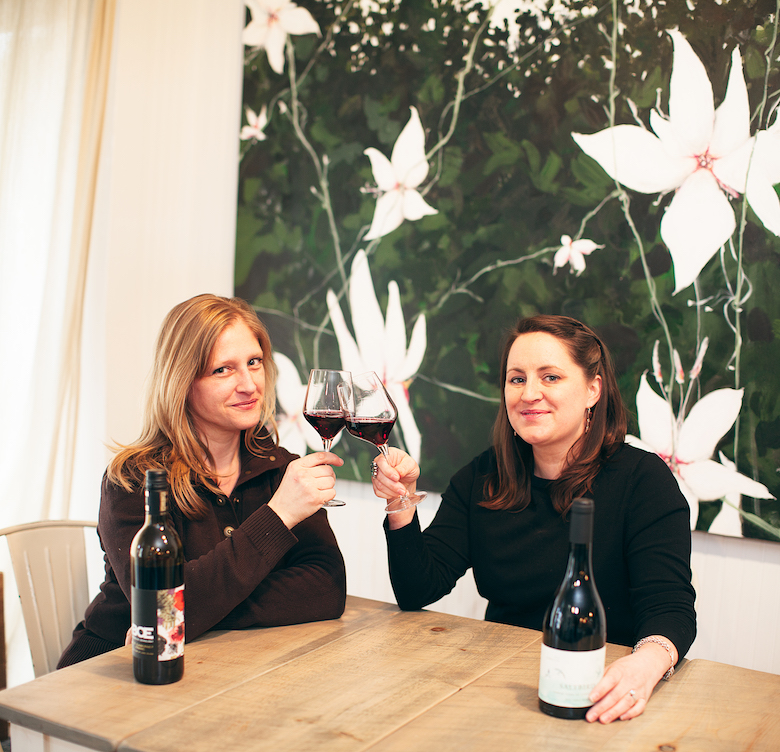 Alie Shaper and Robin Epperson-McCarthy have created a company that tells a story—two stories, in fact, or two arcs of one tale.

“I think I experienced a different set of frustrations,” Shaper says. “I think at the outset, when it was a newer company, I felt like the new kid on the block. … As I got further along in the business, there were subtle differences. It’s not as if women aren’t getting promoted or recognized. … It’s very, very subtle. It’s nothing overt. It’s a perception and an attitude. … You have to work twice as hard in order to get the credit.” The women behind Peconic Cellar Door are chipping away at this perception one hard-earned bottle at a time. “You walk into any winery now and there is a female in a position that is key to the functioning of the winery,” Shaper says.

Alie Shaper and Robin Epperson-McCarthy have created a company that tells a story—two stories, in fact, or two arcs of one tale. It is a story about passion and hard work, about rendering experience through agriculture. And it is a story about friends joining forces to flex a creative muscle, to satisfy a need to create something. It is a story, finally, about the corporeal pleasure of wine, which need not be conquered—only enjoyed. “We both like Champagne,” Epperson-McCarthy says. “She likes pink, and I like white.” What more is there to say?