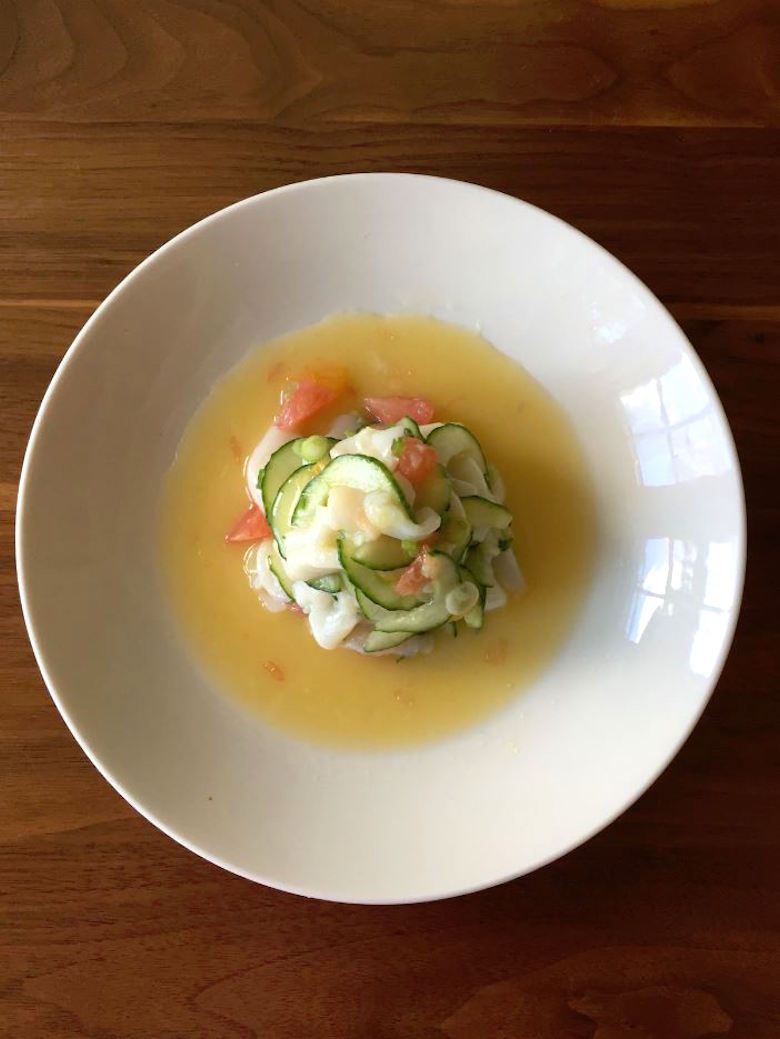 A taste of what’s to come. • Photo courtesy of Coche Comedor

You won’t have to wait for season to begin to enjoy this year’s hottest restaurant opening on the East End. The Honest Man Restaurant Group—the group behind Townline BBQ, Nick & Toni’s, Rowdy Hall, and La Fondita—plan to unveil their long-in-the-works Amagansett project, Coche Comedor, this May.

The restaurant has been built out from the existing frame of the old Honest Diner, which was owned and operated by Honest Man until it ceded the space to the Art of Eating’s catering business (property ownership has always remained in Honest Man’s hands). The renovation has been a long labor of love, and has involved a detailed restoration of the original structure, as well as an expansion and updating in tune with a 2019 aesthetic.

The cold rolled steel bar is a showpiece, as is the space it is housed in, a bright, spacious room outfitted in imported ceramic tile. A graffiti mural, the work of Brooklyn street artist 18ism, adorns the far wall, while sliding glass door panels open into the courtyard that connects Coche Comedor with its sibling restaurant, La Fondita. The idea, Honest Man partner Mark Smith said, is to open the doors by day, connecting the restaurants. During lunch hours, Coche Comedor will serve a full bar. “On the bar side,” he said, “we’re going to be featuring an extensive tequila and mezcal selection. Fresh fruit juices. We’ll have a frozen margarita machine, so we’ll have variations on a theme.” By day, the bar side—which can be cordoned off from the rest of the restaurant by a sliding door—will also serve a selection of light eats, like ceviches and raw bar items. 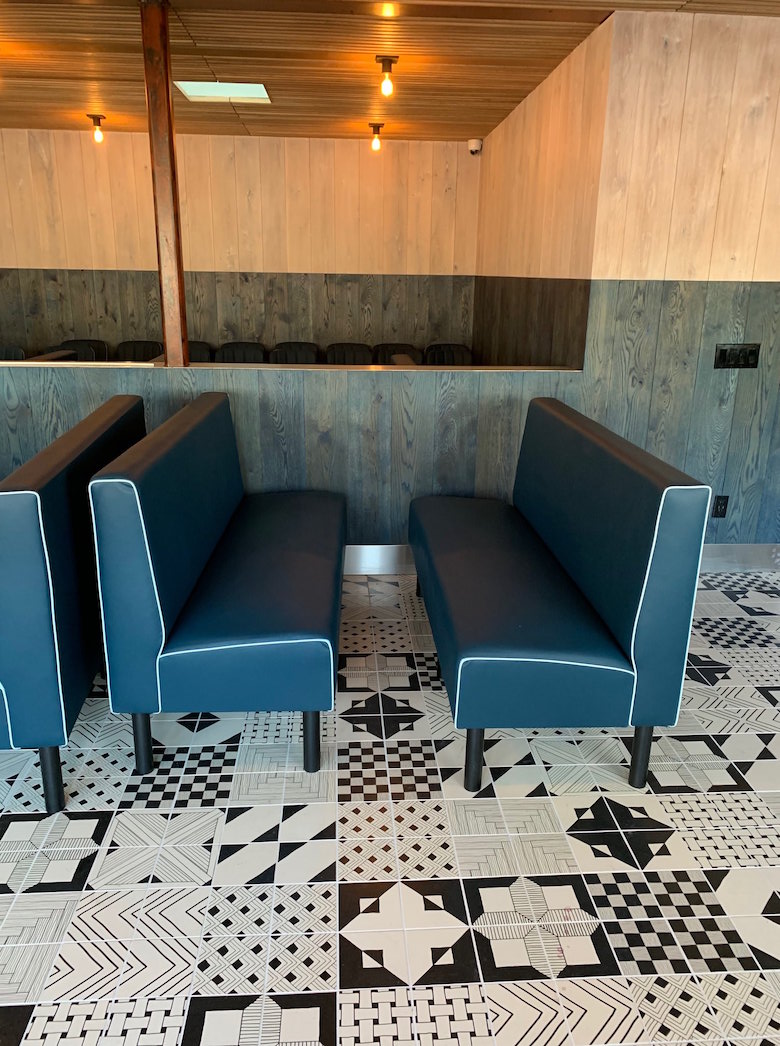 Inside the actual restaurant, deep blue leather seats mimic equally deep blue walls. The natural curvature of the original diner side, made from stainless steel, has been preserved, as has part of the ceiling. The dining room footprint, however, has been expanded to allow for more seating. In the kitchen, among all of the gleaming new appliances, the most impressive is undoubtedly the wood-burning rotisserie, a set piece that will host a rotation of meats, including whole chickens and other large-format proteins.

No menu—which will be the provenance of Honest Man partner and executive chef Joe Realmuto—has yet been released, although the restaurant promises to deliver regional Mexican cuisine, cuisine that will, according to Mark Smith, “featur[e], as we always do, as much local product as we can.” Mr. Smith envisions the restaurant as the big brother to neighboring La Fondita, with food that is “as affordable as possible” and a play on traditional Mexican food and modern technique, highlighting Mexican ingredients.

Last summer, reports indicated that the restaurant would be opening in October of 2018, but, as the crew peeled back the layers of the diner’s structure, they realized that a fall opening would not be possible. The result of the nearly two-year-long construction period is a painstakingly detailed, stylized space, from the black and white ceramic floor tiles to the handmade green glazed tiles in the restaurant’s two bathrooms. A built-in display case, also bathed in tile and housed on the wall between the restrooms, will hold, according to Mr. Smith, restaurant merchandise and, on the celebrated Mexican holiday known as Día de los Muertos, a makeshift shrine in homage to the restaurant’s roots.

And the name? “There’s no word, in Spanish, for ‘diner,’ as in the space,” Mr. Smith said. Translated, Coche Comedor literally means “dining room car,” and, given the Airstream quality of the restored building, that feels appropriate. The new rendering is not so much a step back in time as a quality interpretation of what a modern, high-end diner would look like in 2019, with cultural touchstones, like that printed ceramic tile.

Like the restaurant group’s other restaurants, Coche Comedor will remain open year-round, catering not only to the seasonal crowd, but also—and perhaps most importantly—to the local population; the restaurant will be open for dinner seven nights a week. In the future, Honest Man also hopes to serve a full brunch-lunch on the weekends, although the plan for that is still nascent. Coche Comedor promises to be one of the year’s most talked about openings, and, without doubt, a welcome addition to the East End’s restaurant scene.