Everywhere You Need to Celebrate St. Patrick’s Day in Montauk 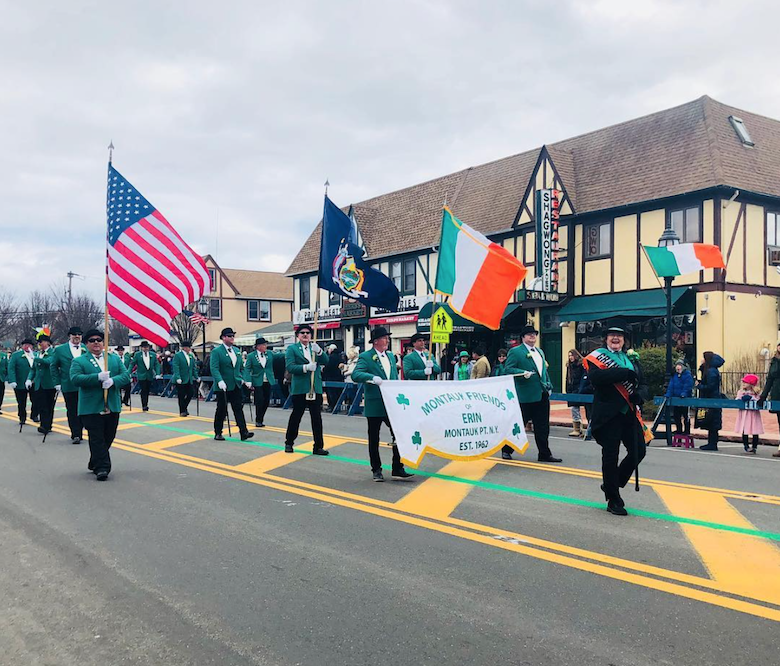 Will you, along with 40,000 of your nearest and dearest friends, be making the trek to Montauk for this year’s St. Patrick’s Day parade? The 57th Annual Montauk Friends of Erin St. Patrick’s Day Parade will be held on Sunday, March 24 at noon. As in years past, this year’s parade will feature a series of floats, a procession of state and municipal vehicles, and an appointed parade Grand Marshal. Earlier that morning, the Montauk Chamber of Commerce will host a soup tasting on the Montauk Green, where tasters can purchase commemorative mugs and try soups from any number of local restaurants. But before you buy your LIRR ticket and unearth your best green clothing, make a plan for where to eat. Even with the crowds, Montauk is still an excellent off-season destination for the hungry.

Away from the fray that is town, this Montauk spot is one for the ages. The second floor dining room offers a panoramic view of Gin Beach and Gosman’s, as well as some of the nicest sunsets at The End. But the food is just as good as the view. In addition to sandwiches, pastas, and assorted sea- and land-based entrees, the restaurant serves superlative sushi, with locally sourced seafood from Long Island’s best fishmongers.

It may be too cold still to sit out on the deck (which is where this spot’s infamous summer Reggae Sundays take place), but that doesn’t mean Swallow East isn’t worth the trip. Inside, diners can still enjoy a lovely view of the water, along with deep-fried asparagus fries that are as delicious as the day is long. Reggae Sundays don’t start until the warmer weather kicks in, but there’s no reason not to check out Swallow while the season is still a ways off.

Bring a stack of cash large enough to buy you all the burgers you can eat, because legendary John’s Drive-In, which is now open year-round, is cash-only. Obviously, you’ll have to order a Big John Burger, a large smash patty served with lettuce, tomato, and, if you’re so inclined, cheese. Also de rigueur? Milkshakes from any number of homemade ice creams. Having recently celebrated its 50th anniversary, John’s is a part of Montauk lore. What better place to stuff one’s face following New York State’s second-largest St. Patrick’s Day parade?

A few years ago, the old school Trail’s End Restaurant was sold and renovated, reemerging as Tauk at Trail’s End. This new version of an old classic has embraced bohemian décor (Mexican blankets, whitewashed furniture, shiplap) and an easy, breezy menu, with classics like French onion soup, lobster sliders, fish and chips, and Montauk pearl oysters on the halfshell. Within walking distance from the parade, it’s a great place to stop in for a bite if the weather starts to get too fierce.