This is not a drill: Thanks to the Hamptons’ Homeslice Pizza, you can have a wood-fired, beet and duck prosciutto pie—in your freezer. 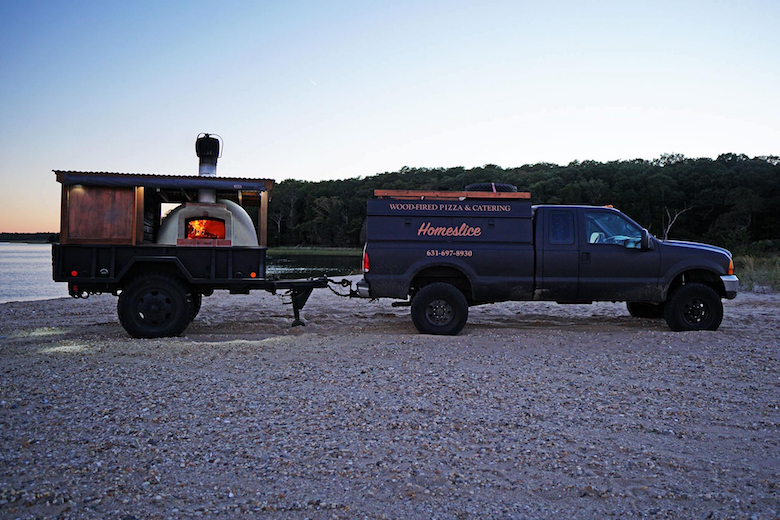 Born in Glen Cove, he spent his childhood summers in East Hampton, working in the food service industry.

“I did bartending, restaurant service, and catering,” he explained. “There was always a party, everybody was always happy, and to facilitate that for people was something I enjoyed.”

Cooking came later when, as a Mid-Atlantic Sales Rep for Spyder Active Sports, Terry learned how to cook in a wood-burning oven and was hooked. 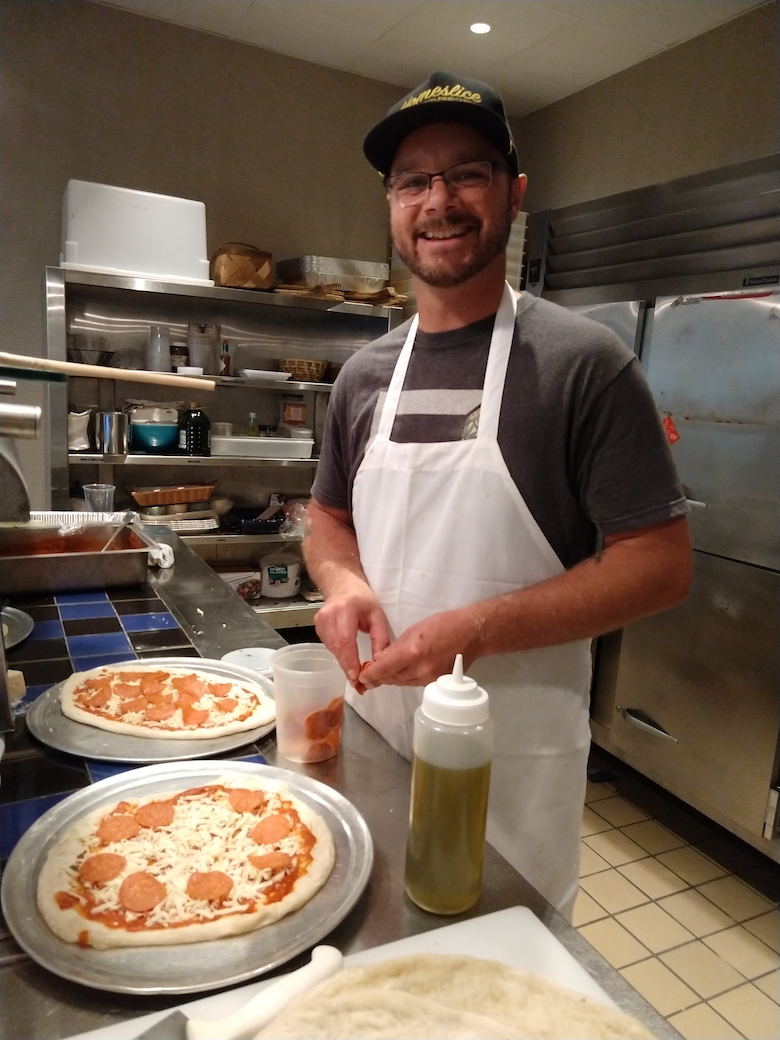 Terry McGuire’s professional background is as eclectic as his wood-fired pizzas. • Photo by Monique Singh-Roy

“We were going to cook pizzas for our retailers as a way to create community and promote our business,” he said. “I really enjoyed it and that’s when I started cooking and saw it as a way to host events and play with what I really like.”

What Terry really likes are trucks, and soon he was building his own portable wood-burning pizza oven truck.

“It wasn’t easy,” he admits, laughing. “I had it worked out in my head, things just needed to be figured out. Nothing’s going to happen overnight, you’ve got to be in it for the long haul.”

“It just kind of happened, but it suits me,” he said. “It’s a good way to be part of the community, while doing what I like to do, cooking with the best seasonal ingredients and being creative.” 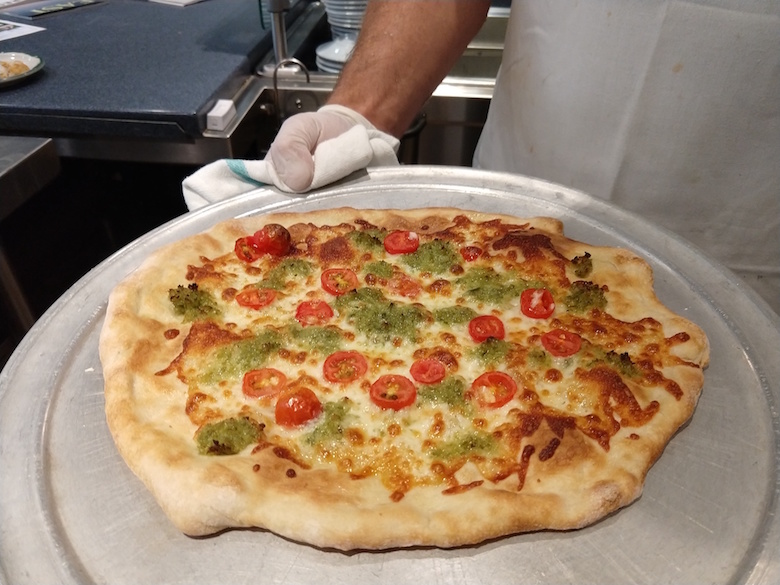 Terry makes his pizza dough at Amagansett Food Institute’s incubator kitchen in Southampton. He also serves his pizzas every Thursday at AFI’s South Fork Kitchens cafe, on the Stony Brook Southampton campus, which is open to the public.

Using many local ingredients, Terry’s pizza varieties adapt and change with the seasons. Some of his current specialties include mushroom with fontina and thyme, garlic scape with fontina and cherry tomatoes, beet with duck prosciutto, and a classic margarita pizza.

“It took me years to figure out how to make my dough,” Terry said. “I use a small amount of commercial yeast and a tiny bit of sugar, then cold ferment it for several days. That’s where I get that structure to the dough that everybody likes.”

Homeslice pizzas are pre-cooked in Terry’s wood-fired oven, then frozen and packaged at AFI. Customers take them home and heat them up themselves. Terry sells his frozen pizzas every Saturday at the Riverhead Farmer’s Market. He also gives away fresh rolls, baked from his pizza dough, for free as a marketing tactic. 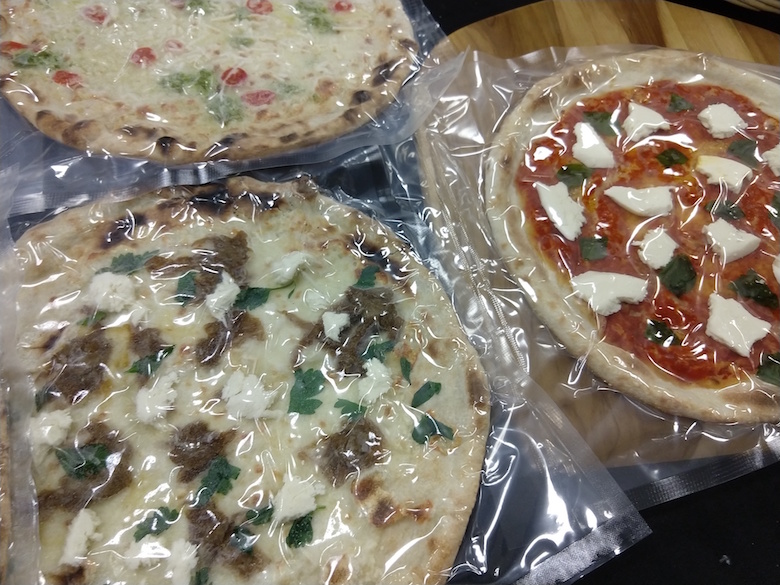 Homeslice pizzas are pre-cooked in Terry’s wood-fired oven, then frozen and packaged at AFI. • Photo by Monique Singh-Roy

“It’s a way to show people how good the dough is,” he explained. “I have a background in sales, so I like to engage people, talk to them, give them something to taste and my dough makes great bread!”

While not part of his original plan, selling frozen pizzas has created an entirely new aspect of Terry’s pizza and catering business. He credits AFI’s Executive Director Kate Fullam with the idea.

“She suggested it to me after a customer asked why they couldn’t get them in a store?” he explained. “I wouldn’t have thought of that.”

“Terry’s wood-fired pizzas are delicious!”, Kate Fullam exclaimed. “It was a no brainer to make the frozen product available to customers. I’m glad we can support the growth of his business.”

“I got my agriculture market license not so long ago and it’s already become a large part of my business, he said. “I’ve sold out two weeks in a row, but it’s also because of the farmers market. I’m very fortunate to be part of that community, it’s put me in a different direction that I hadn’t thought of.”