A Lifestyle Destination Grows on the North Fork

Looking for magic? Drink and dine at the Lin Beach House. 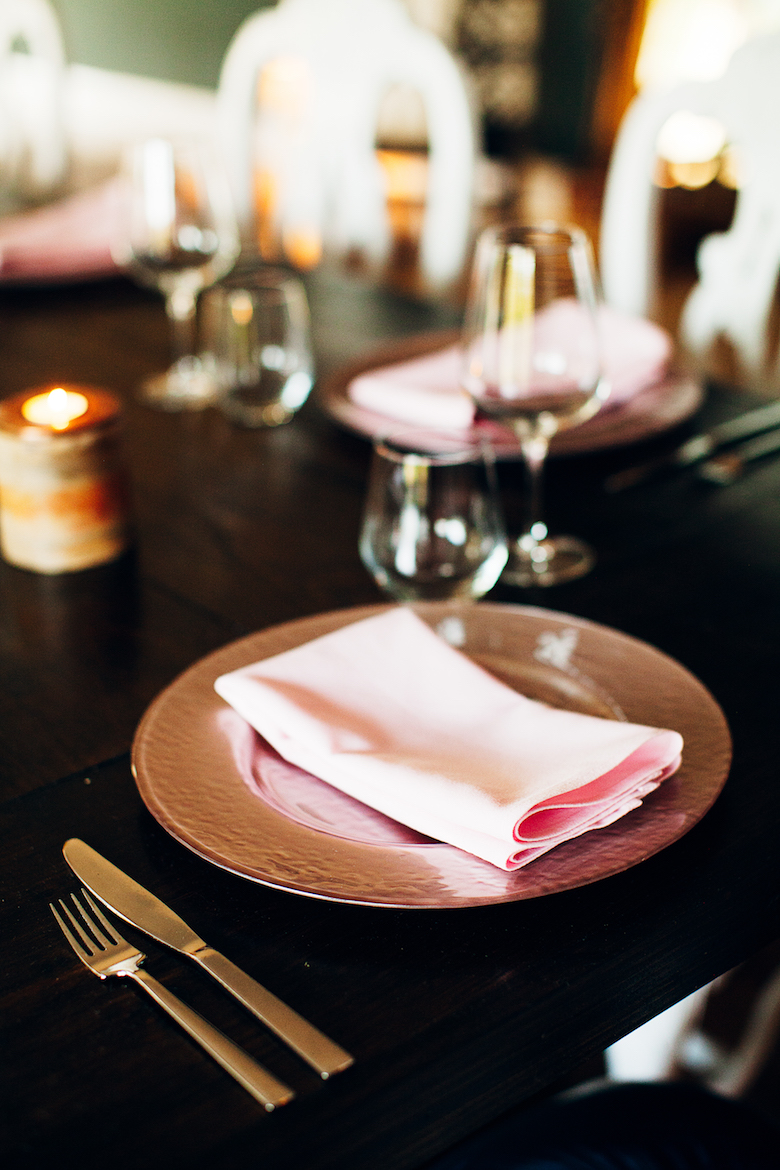 Billed as, “Eight Courses Featuring the Sights and Sounds of Peconic Bay,” the seafood and alcohol-infused extravaganza I’m attending is the latest pop-up dinner being hosted at The Lin Beach House in Greenport.

Featuring guest chefs, using clean and local ingredients in new and exciting ways, these dinners are the next phase in a plan to showcase the luxury inn as more than just a place to rest your head. Think of it as a destination for escapism—and one that utilizes all the senses. 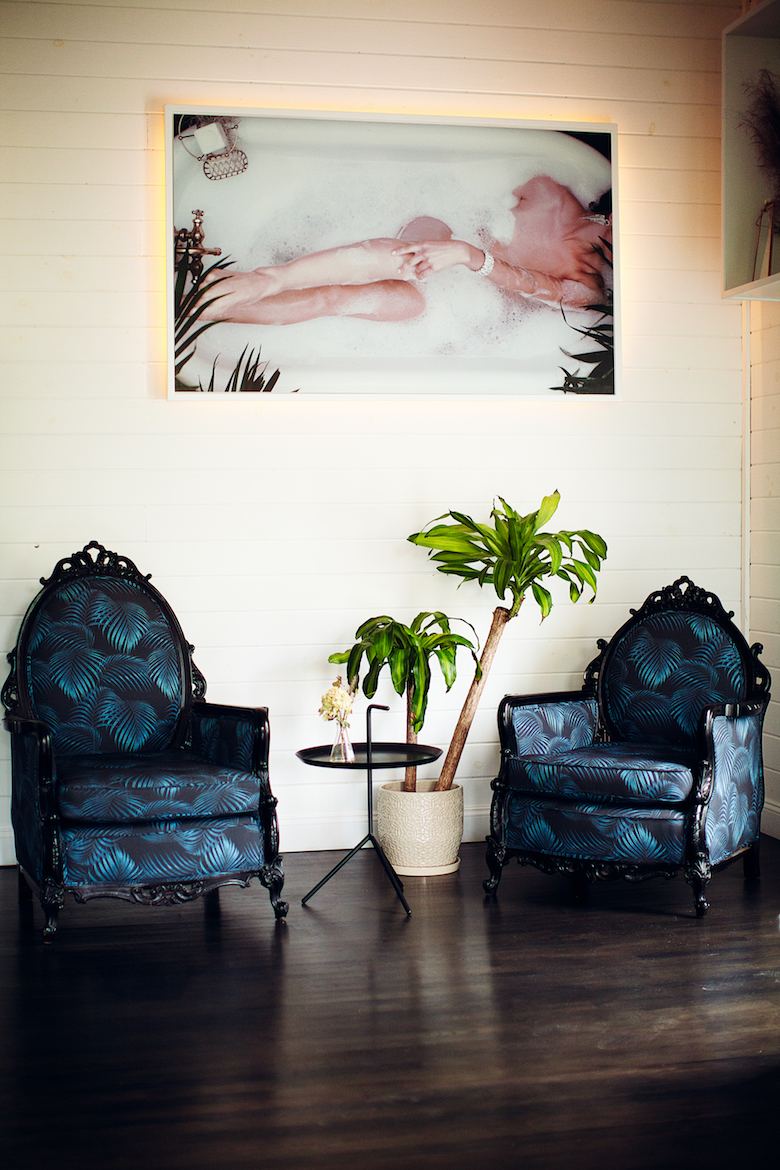 This ain’t your mama’s Victorian. • Photo by Estefany Molina

“The Beach House was created to host clients from Matchbook as we immerse them into our brand at the distillery,” the Lin’s Hospitality Director, Paul Monahan explains. “The dinner series, pop-ups, and rotating cocktail menu represent our love for innovation and breaking down conservative ways of drinking.”

Offering oversized guestrooms, with self-check-in keypads, the Lin is a combination of low-key luxe and high-end cocktail innovation. Their philosophy of “play, sip, stay” figures prominently on their website and adapts to the seasons. Summer’s beachy vibe has given way to a more rustic ambiance in the bar with glowing lanterns and sheepskin throws for cold winter nights.

A dramatic dining room hosts their dinners, while the hotel bar, Days Like These, is where the cocktail innovation takes place, using ingredients exclusively from Matchbook. 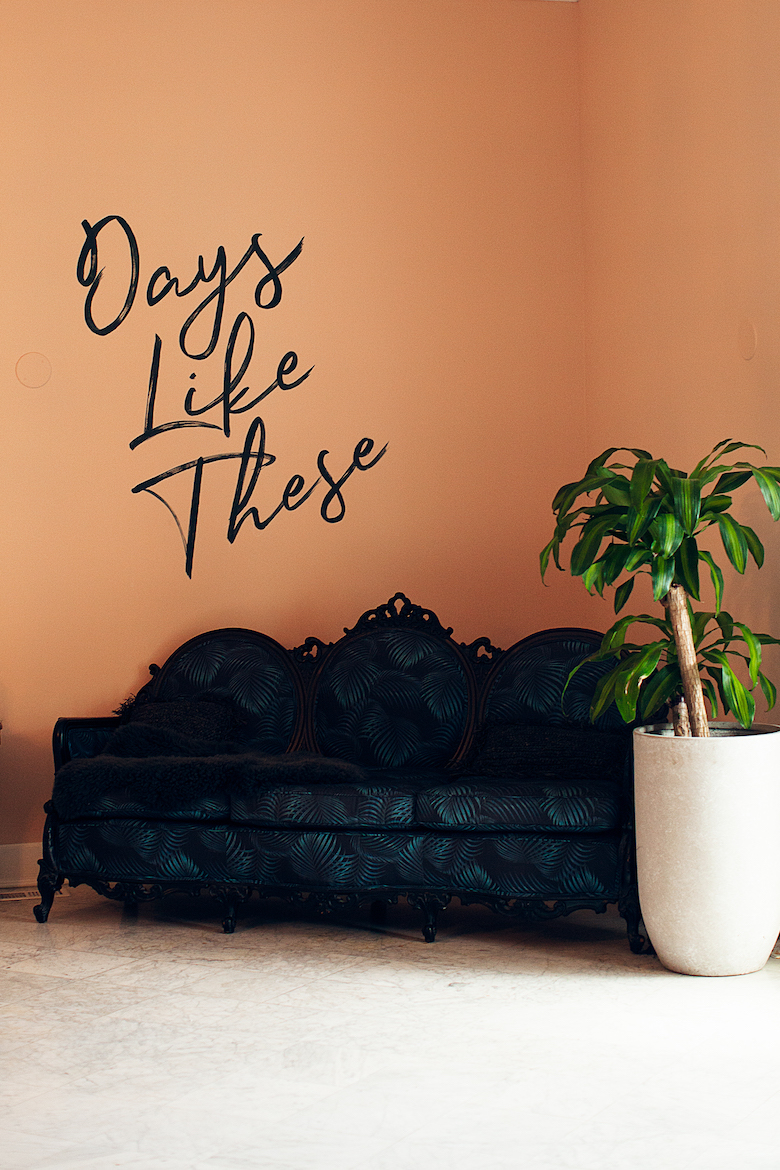 Days Like These, the Lin Beach House’s on-site bar, uses ingredients exclusively from nearby Matchbook Distilling. • Photo by Estefany Molina

So anticipation was high for this late in the season dinner, celebrating Peconic Bay. Turns out guest chef Blake Lieberman, formerly of Westchester’s Blue Hill at Stone Barns, was already a big fan of Greenport.

“There’s such a cool vibe out here and it’s all about the seafood,” Lieberman says. “There’s nothing better than sitting by the water, eating an oyster that’s just come out of the water.”

For the dinner, each of Chef Lieberman’s courses would be accompanied by a drink using Matchbook’s carefully sourced ingredients. 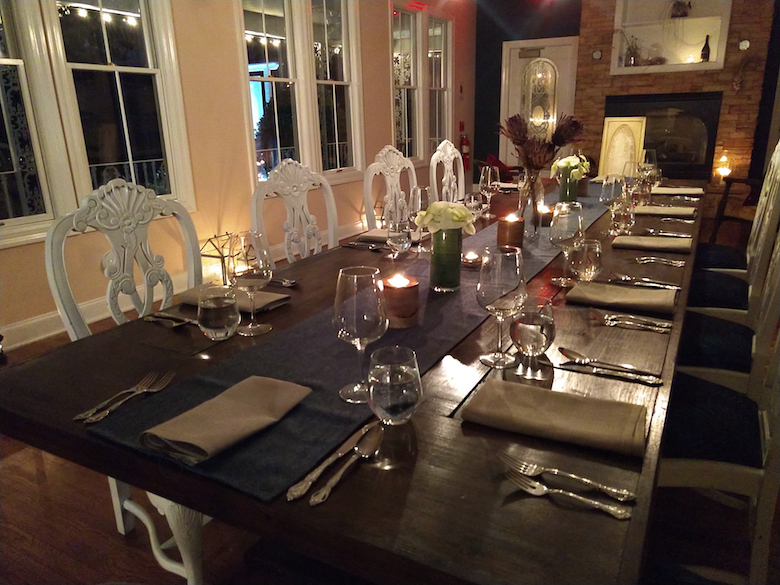 We started with a warming cup of veal bone broth. From there on, in each dish served, was either a revelation or a delicious spin on the familiar.

A plate of raw butternut squash salad with tuna aioli was so completely original and delicious at the same time, I am still in awe of it.

The first drink served was made with distilled Citra Hops, white tea, honey, frothed milk, and orange bitters. Called Sunrise and served warm, it had a zesty grapefruit flavor, while the honey and frothed milk delivered a creaminess to the tongue.

Dishes like the scallops crudo and grilled oyster showcased Peconic Bay at its best, while the roasted mushrooms with a panko poached egg and the cornbread with caviar spun comfort food favorites on their ear.

“This was essentially an oily gin martini,” Monahan explains. “A spicy and almost briny drink with the Italian juniper distillate.” 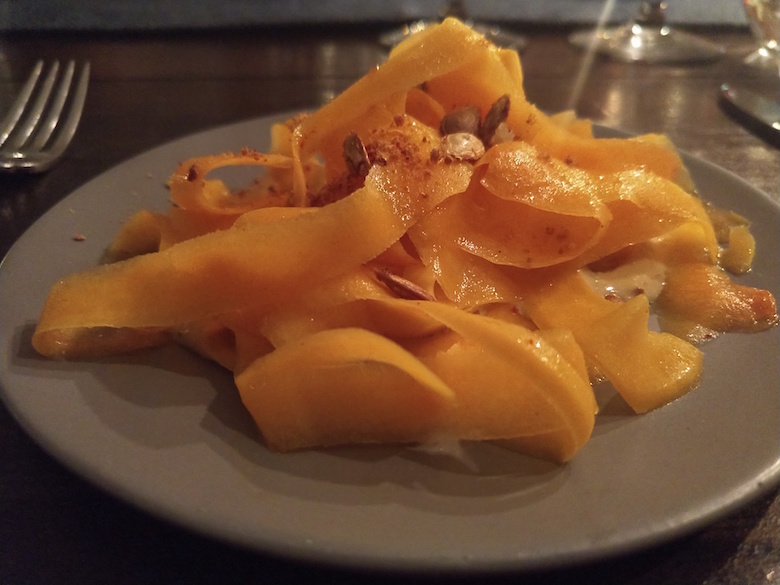 The coordinating drink was equally unusual and flavorful. Called Nightcap, it was made with a butter-washed sherry, sweet vermouth, and Angostura Bitter.

“The fatty garlic filled bone marrow and escargot course needed something dry and bubbly to cut through that texture,” Monahan says.

For dessert, we enjoyed maple syrup granita, served with local cream, and yogurt, over fruit, which was a delicious palate cleanser.

The final drink called, The Can’t Sleep, was chilled white peppercorn botanical distillate. It added just a bit of heat that was nicely cooled by the granita. 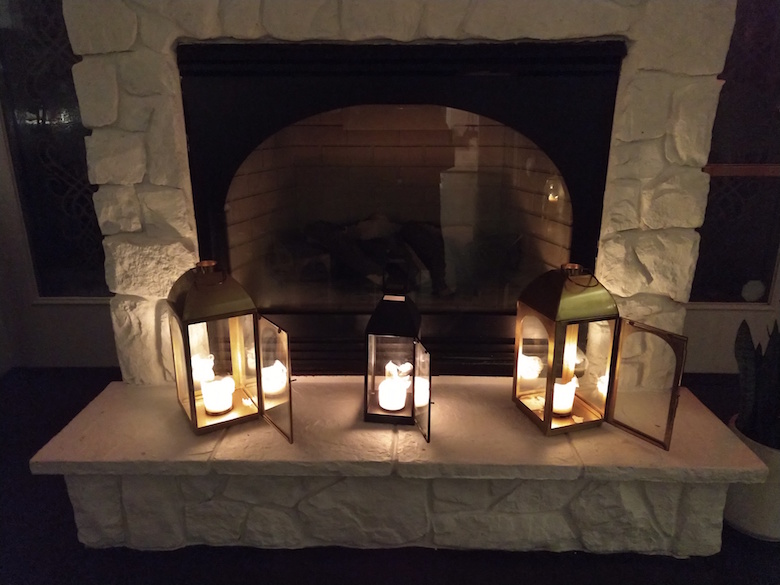 After each pop-up dinner, many guests retreat to the Lin’s in-house bar, Days Like These, to enjoy more inventive cocktails in a cozy, sexy setting. • Photo by Monique Singh-Roy

As dinner came to a close, many guests, their taste buds and curiosity aroused by Matchbook’s innovative libations, headed to the bar.

“There is a special group of palates on the North Fork,” Monahan says. “The people here share the same passions as we do—our love for the local agriculture, science, traditions, and anthropology.”

“We will continue to do pop-up dinners and push ourselves to amplify these experiences for our guests,” he says. “We have a beautiful space to host intimate dinners and bring people who share these passions together, to help support everything that makes up the North Fork.”