“We light the menorah, and then we eat General Tso’s,” says Almond chef Jeremy Blutstein 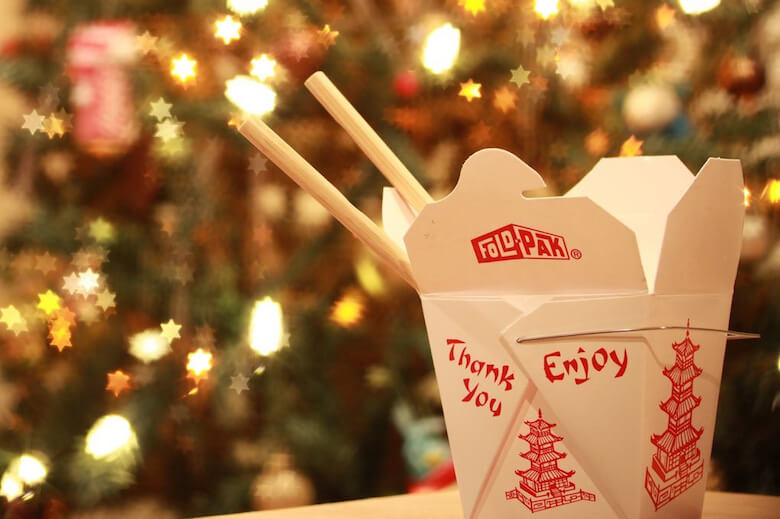 Many Jews defer to another culture, Chinese culture, in December.

Christians can tell you plenty about family tradition at the holidays: Dressed goose, holiday ham, plum pudding, a decadent display of cookies, an arcane recipe passed down from a grandparent. But what if you grow up Jewish, in a country that is decidedly not? Judaism has felt, for many, like the religion of outliers, a community etched from intolerance. We are herded from country to country, from community to community, carrying with us our traditions. In many ways, god has nothing to do with it.

One need not sit through a laborious performance of Fiddler on the Roof to recognize the importance of tradition in Jewish culture. When a group of people has been stripped of things, throughout the course of history, it is only natural that they would want to preserve what’s left, which is why we obsessively revisit the remnants of a now-obsolete language (Yiddish), or the dining habits of our youth.

I’m reminded of this process—of this tradition of finding tradition—every holiday season. Hanukkah, most Jews will tell you, is an ineffectual response to Christmas, a holiday propped up in response to a world gone mad over sleigh bells and twinkly lights. The true Jewish holidays happen right at autumn’s beginning and, potato latkes notwithstanding, December can feel, when you’re Jewish, quite empty. There is, after all, a grand party to which you have not been invited.

Which may be why so many Jews defer to another culture, Chinese culture, in December. “As a kid, we had Christmas trees,” Almond chef Jeremy Blutstein said. “And we always gave gifts on Christmas. But, without fail, we always had Chinese [food]. We just did. The holidays, to me, is Chinese food. We light the menorah, and then we eat General Tso’s.” It’s a retaliation, in some ways: forgotten Jews against the world. If the rest of America has shut down in celebration of pine needles and ham, we can find our own solace, in the near-silence of a Christmas Day Chinese restaurant. 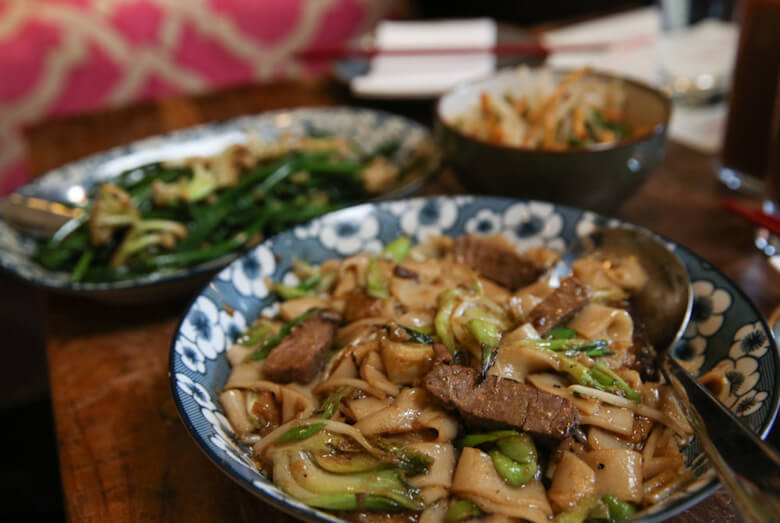 “We have a family tradition of just eating Chinese food,” Jeremy Blutstein agreed.

Outsiders tend to stick together. As a Jew raised in a small, Catholic, New England town, there was never a question as to my identity. I could have been supermodel tall (I wasn’t), or a star athlete (not that, either), and it wouldn’t have mattered, because I was, invariably, one of only a handful of kids who didn’t attend Wednesday afternoon CCD classes, who didn’t have a First Communion or Confirmation.

But one thing my family did, and with striking regularity—particularly at the holidays—was order Chinese food. We had family favorites. We had allegiance to the admittedly mediocre Chinese-American joints in our neighborhood. And we weren’t alone. Those of us who felt disenfranchised, who felt, in some immeasurable way, less American because we were not Christians, commiserated over the pork products that our religion deemed verboten. “We have a family tradition of just eating Chinese food,” Jeremy Blutstein agreed. “It was a Sunday night thing, forever. I never knew why. I always through it was weird that my friends who weren’t Jewish weren’t [eating Chinese food].” In deference to his own family’s tradition, Blutstein composed a Chinese feast for Almond’s Christmas Eve dinner last year, an exercise in nostalgia: suckling pig “in the style of Panda Garden,” served with intentionally overcooked white rice, stuffed into a ceramic cup and overturned so that it presented itself in a perfect dome. “That smells like the holidays to me more than a Christmas tree or cardamom or any of that,” he said. 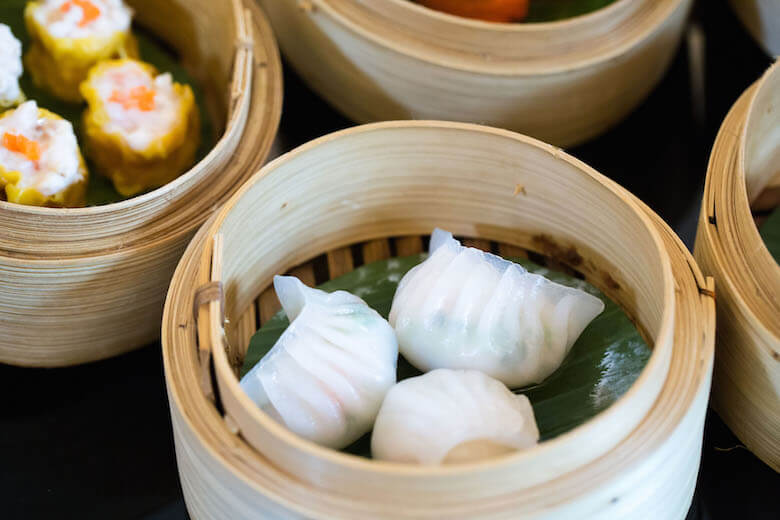 Why do Jews eat Chinese at Christmas? I think we want what everyone else wants: To be included.

As a fellow Jew, I agree. If smell brings us closest to our memories of childhood—Proust’s madelines would smile upon us—the smell of Chinese food eclipses adulthood, for me, at least. Even if the taste, in its gloppiness, its abject abuse of sugar, its inevitable too-too-ness, does not live up to the expectation of my youth, it doesn’t really matter. Eating Chinese food, as a Jew, is ritual. It’s an ancestral call. It’s a rallying cry for unification.

Why do Jews eat Chinese at Christmas? I think we want what everyone else wants: To be included. If our fraught relationship with The World That Loves Christmas feels exclusive rather than inclusive, we can create our own narrative, our own community, populated by roast pork and Peking duck and eggrolls filled with a symphony of unidentifiable ingredients. (To be clear, I do not ever want to know what the ingredients of an eggroll really are.) To be Jewish in America is to struggle with the role of outsider. Are we American? Can we be patriots if we do not subscribe to the notion that Jesus Christ is the world’s savior? While the answers to these questions continue to elude, one thing does not: We will always share the common bond of Chinese food at Christmas.