The Art of Blacksmithing Lives On at Dragon’s Breath Forge

From swords to chef’s knives, ‘bladesmith’ Matthew Parkinson does it all. 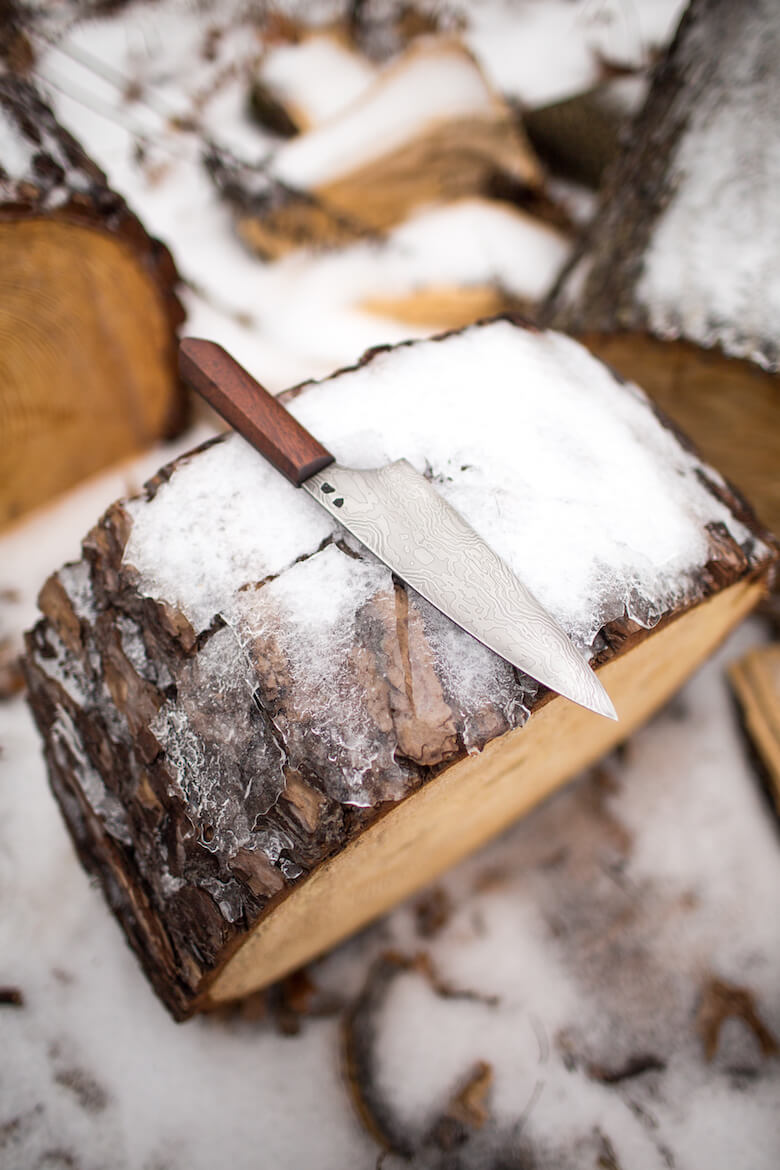 The craft of blacksmithing may bring to mind distant Tolkien caves lit with fires, where burly, bearded men brought flame, grit and sinew to bend iron to their will and form tools, weaponry and armor. But far from being relegated to remote days of yore, the art is alive and well and thriving near our shores. Edible got the chance to catch up with one such living legend who plies his trade making chef’s knives among other culinary and historically inspired blades, including swords. Attendees of Renaissance fairs and watchers of the History Channel’s Forged in Fire may need no introduction.

Wielding the social media handle “SwordMatt” is blacksmith and bladesmith Matthew Parkinson. His works are stunning, strong and enchanting. And they raise questions, like how is this possible, who exactly in this day and age does this and why. “As long as I can remember I have wanted to work with metal. Specifically I wanted to forge,” the Middletown, Connecticut, native explains. “There is something about the idea of forming a hard unyielding substance to your will with nothing but a hammer and heat that captivated me and still does.”

Parkinson got his start making “little swords out of nails with my dad’s plumbing torch on the back of his vice.” He fondly remembers his family growing up as “incredibly supportive of me, letting me start forges in the backyard and trash the basement with the detritus of making things.” 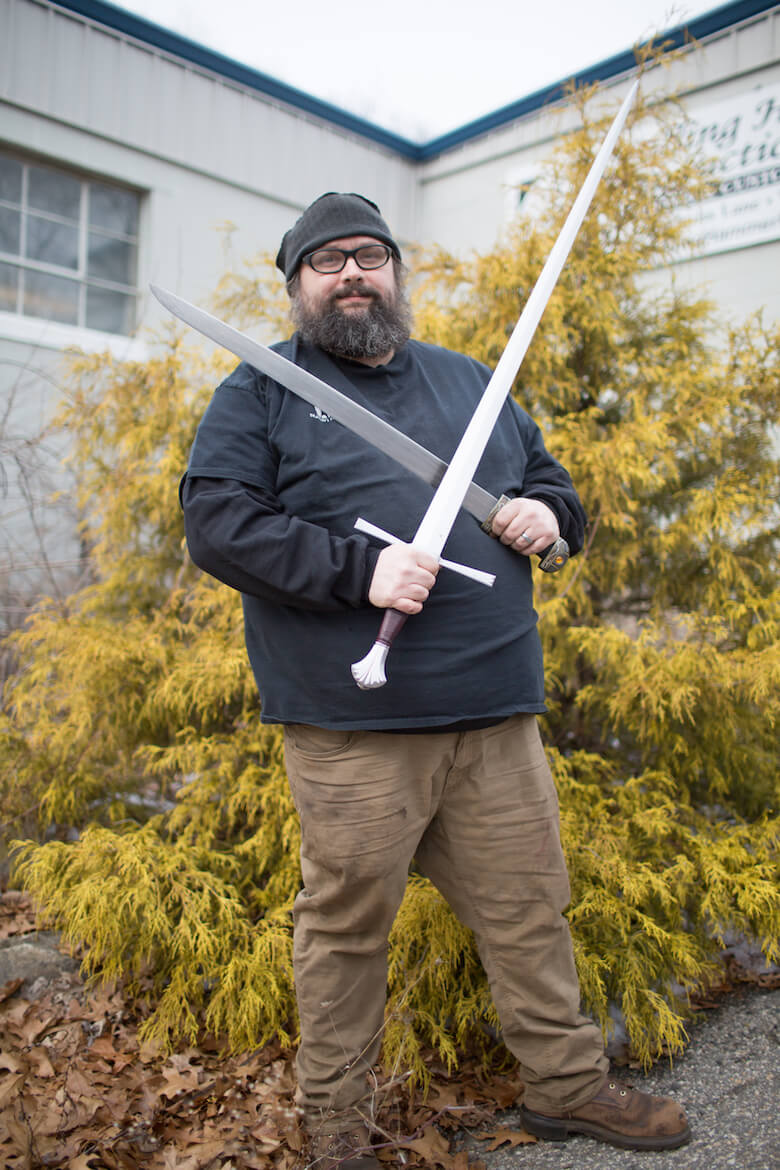 His journeyman’s path progressed through high school shop class to Renaissance fairs and partnering with other smiths (forming Falling Hammer Productions in 2005 and Dragon’s Breath Forge in 2008), branching out into larger ironwork, including award-winning high-end railing for homes around the Northeast, and in recent years starring in multiple episodes of the History Channel’s Forged in Fire, where he distinguished himself as winner of the first season. Now a husband and father, he’s curtailed his wanderings some and mainly focuses on blades and teaching.

Parkinson, himself burly and bearded, gushes as he talks about swords and confesses that they’re a bit of an obsession for him. He explains the passion of sword makers as “trying on some level to bring alive something that they wish was true, some idea of honor or courage, indomitable spirit.” Though he also admits, “I probably sell more chef or culinary knives than anything else.”

Still he finds historic and cultural riches in the domestic blade. “One of the very few commonalities across every race, creed and culture on this planet is food, and by extension a knife to cook with,” he says.

The meaning and the passion are key to him. “I love this work because I am always learning, always exploring,” Parkinson enthuses. “There is never an end, no totality of knowledge. Even with chef’s knives, one of the oldest patterns around, the French chef, small changes in line, form or geometry or heat treat can be huge in how the knife works, how it feels in the hand.” 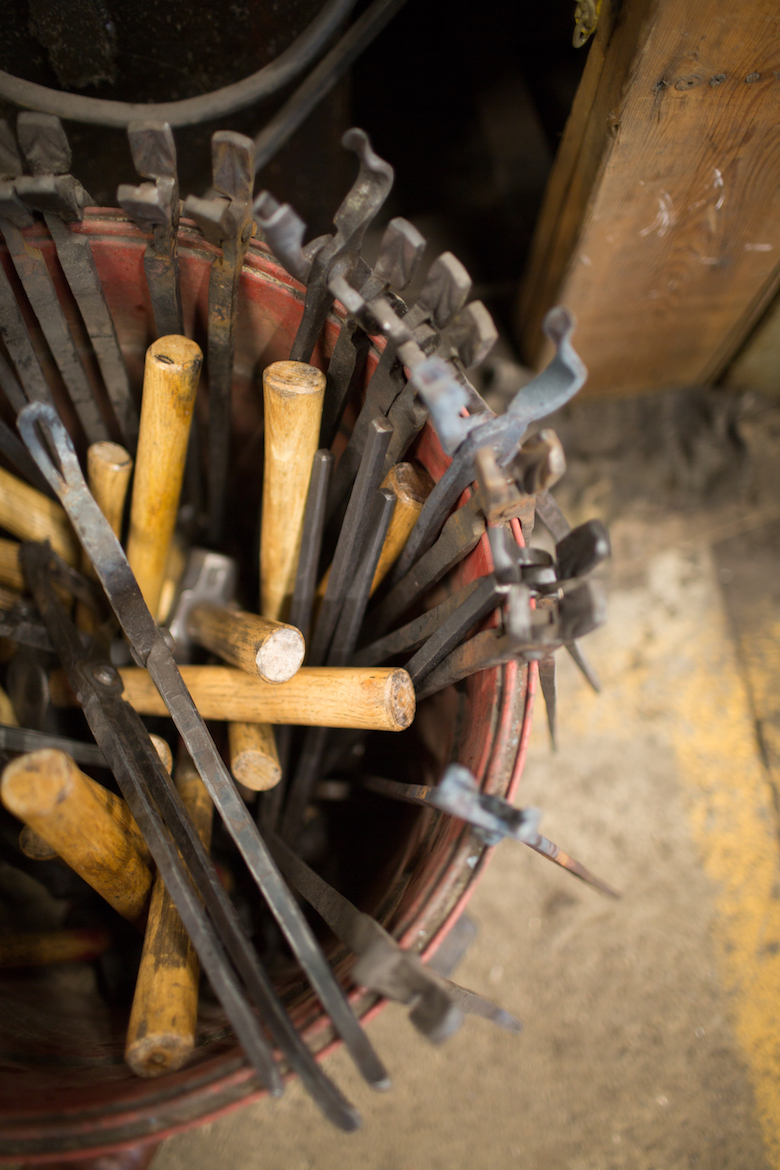 “I love this work because I am always learning, always exploring,” Parkinson enthuses. “There is never an end, no totality of knowledge.”

But for prospective knife buyers, he has a warning: “Cheap work isn’t good and good work isn’t cheap.” The first tip he offers is research. “These knives can last lifetimes, it is no good to get stuck with something you hate,” he says, and then gets to specifics. “Things I consider: Is the fit and finish well done, that is, is it an even smooth finish with all joints having no gaps or glue lines? Is the handle well formed and comfortable? How does the knife feel in the hand? Does it index well, is it comfortable in more than one grip? Is the blade thin behind the edge?—wide sharpening lines indicate a knife that will not cut well and will be harder to resharpen.”

And as for knife care, he insists: “No Machines!!” citing the excessive steel removal and the excessive heat that shortens the life of the edge. “One sharpening on an auto machine takes as much off the width of the knife as 10 to 20 sharpenings with a hand stone.” He adds, “Sharpening is not that hard to learn, and all that is needed for the average home user is a couple of stones: a coarse and a fine.”

“That said,” he concludes, “I have sharpened knives on the bottom of a coffee mug, it really is about angle and finish.”