Where Does Perry Gershon Stand on Food-Related Issues? We Asked Him

Ahead of the midterms, the Edible team had breakfast with Perry Gershon in Bridgehampton. Read on to find out where he stands on some of the issues that matter most. 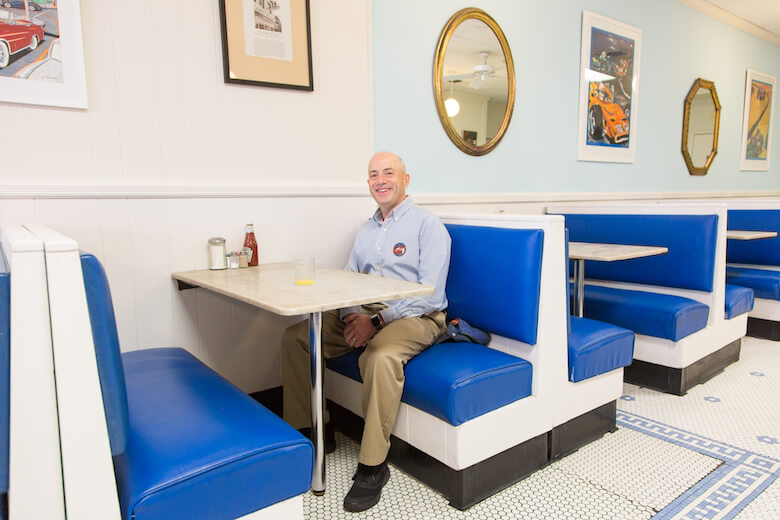 The Edible team recently had breakfast with Perry Gershon in Bridgehampton. Read on to sit in on our conversation.

As a food writer, I hear this a lot: Food isn’t political. I happen to disagree. Food—who prepares it, the sourcing of it, the choices we make regarding it—is inherently political. And this necessary intertwining, in 2018, begs the question: Who will represent Eastern Long Island in the House of Representatives on November 7, 2018, and what will that Congressperson do to address food-related issues on Long Island? For some insight, I sat down at Bridgehampton’s Candy Kitchen with Congressional District 1 candidate and East Hampton resident Perry Gershon, who is running against incumbent Lee Zeldin in this year’s upcoming election.

Edible East End: On Eastern Long Island, we’re unduly impacted by the environment. It affects every aspect of our lives, including our food production. How do you perceive the current environmental crisis, and what is your plan for moving forward?
Perry Gershon: Water is the one common thread in everything environmental. All parts of this district have issues with nitrogen in the water. The federal government has an obligation to do something to help. The feds need to fund it, and we’re not doing enough to bring in sewers in the western part of the district and septic in this end. You look at Stony Brook [University] and the advances in clean water technology come out of Stony Brook and we should be doing more.

EEE: You mention Stony Brook and clean water. Is there more we can do to ensure our water systems are clean and sustainable?
PG: I mention [nitrogen] because [Congressman] Zeldin has voted against regulation to lower chemicals in the water. Deregulation equals companies polluting. The other side is coastal water, and we have major issues on the East End with rising waters. Montauk is an example with beach erosion. We need to, as a society, move to a more sustainable economy. We should be doing things to reduce and/or eliminate our use of carbon fuels. We’re at a juncture in our society. The Trump administration really has reversed decades of environmental policy. It’s a very local issue, because we’re on the coast. We’re ground zero for climate change. 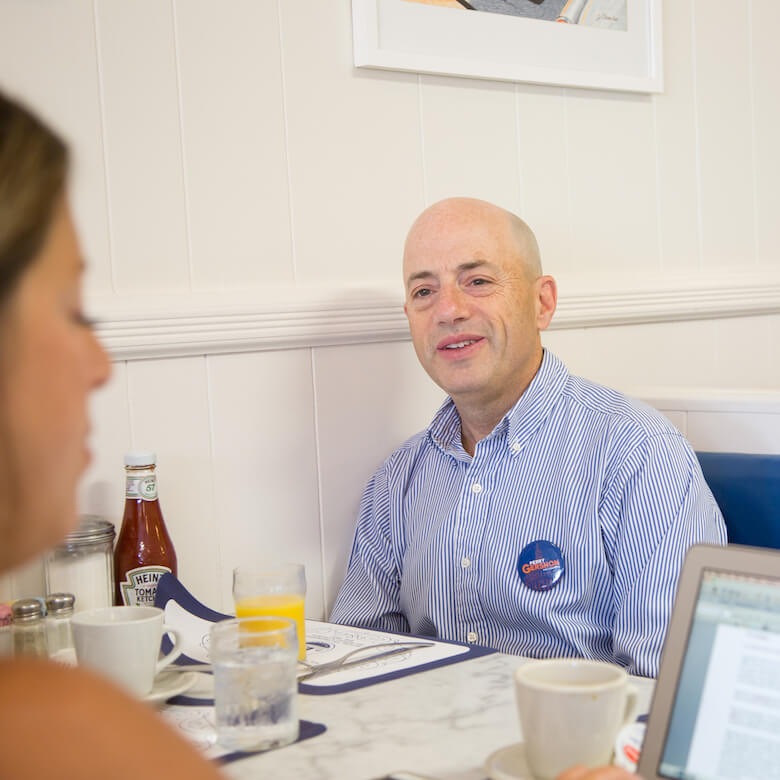 “We have a glaring need for comprehensive immigration reform in this country,” says Gershon.

EEE: Speaking of local issues, how will you represent the local interests of East End residents once you arrive in Congress?
PG: The best federal ideas are not micromanaging local. Federal [government] provides money and can provide more policy and that has an effect on local. Federal can give credits for solar power. Federal can give tax incentives for building offshore wind. Federal can make it easier or harder for coal to get mined. Federal can—and just did—try to turn over to states methane emissions. If federal relaxes the national standard, it means that one state is going to pollute another state. There are things that federal can do that have real consequences.

EEE: One of the major issues facing Eastern Long Islanders—particularly in the agricultural field—is immigration. In the past year, undocumented immigrants, many of whom work in farming and agriculture, have been deported as a result of targeted ICE raids. What is your position on immigration as it relates to the East End?
PG: We have a glaring need for comprehensive immigration reform in this country. I like to think I’m a centrist on it. We need to provide for the DREAMers and give them a path to citizenship. We can’t be doing things like separating children at the border. It’s un-American, what Trump did. There’s a difference between saying that and supporting open borders. [I support] spending more money on border patrol agents, so they can get the job done. I’m very much for an immigration force like ICE, but not having it be a deportation force. It’s not good when our immigrant population lives in hiding. We need to have a way of providing temporary immigration status so that people can have laborers in the summer, in the fall…. It’s hard to find non-immigrant labor to do the jobs that need doing out there. We need to have the visa program set up so that they help farmers. 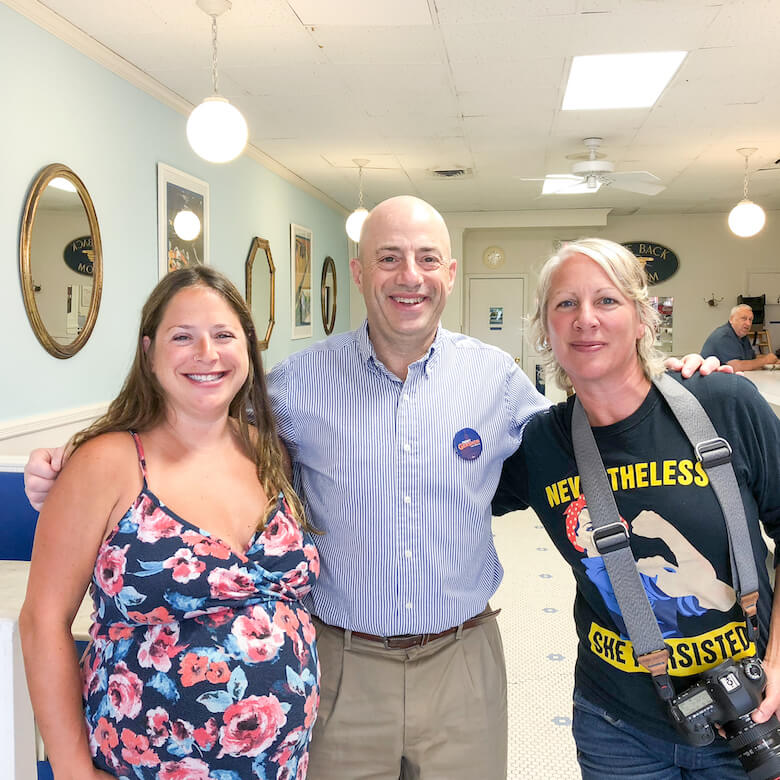 EEE: What are some of your favorite places to eat out on Eastern Long Island?
PG: If I’m dining with [my wife] Lisa, Nick & Toni’s is absolutely our favorite. On a more casual basis, I love Sam’s Pizza. I’m a pizza connoisseur. I went to school at Yale. I know pizza. Sam’s is really good. I’m also a big fan of Townline BBQ.

EEE: In politically divisive times, do you believe that food and food culture is apolitical?
PG: I think that the political goes into eating a lot. It affects policy. Look at what happened to [Chef] Tom Colicchio at his house [in Mattituck]. Somebody on the other side decided to make a political statement. That was offensive, and it brought food and politics together in a way that I think demonstrates how scary some of the dialogue in this country has become. I’ve said publicly that the Democratic Party needs new leadership and a younger generation of leadership, and I think that’s a way of finding a bridge. It does mean compromise. And we’ll find ways to do that. I’m happy to engage with people on both sides.