“If you drive a car and pass a farm stand,” said Neil Young, “you stop and make a purchase.” Can we get an amen? 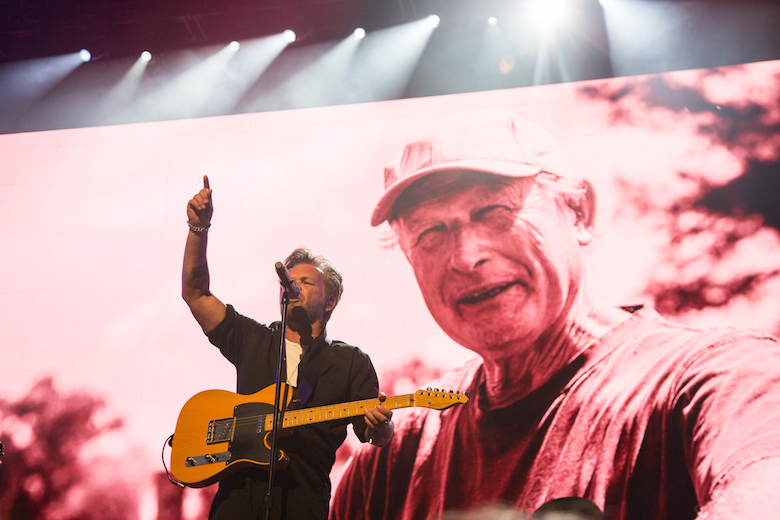 Around these parts, it’s no secret that we love our farmers—which is why we were thrilled to attend this year’s Farm Aid last weekend in Hartford, Connecticut.

Founded in 1985, Farm Aid began as a benefit concert to raise money for family farmers in the United States. Earlier that same year, at Live Aid, Bob Dylan had said, on stage, that he hoped some of the concert’s fundraising would go to help American farmers in danger of losing their farms through mortgage debt. His fellow musicians Willie Nelson, John Mellencamp and Neil Young were inspired by Dylan’s comments—and organized the first Farm Aid soon after.

Now, 33 years later, Farm Aid has raised more than $53 million to promote a strong and resilient family farm system of agriculture. They also continue, each year, to throw one hell of an event.

During this year’s Farm Aid, the Edible team saw and heard some extraordinary things. Panelists at the concert included musicians and farmers who spent their time discussing the plight of the modern farmer (the stress of the job, and its links to suicide and depression), community food systems, the importance of diversity, and more.

Can we get an amen?

Want to take a closer look at this year’s Farm Aid? Enjoy our own Lindsay Morris’s photographs from the event below. 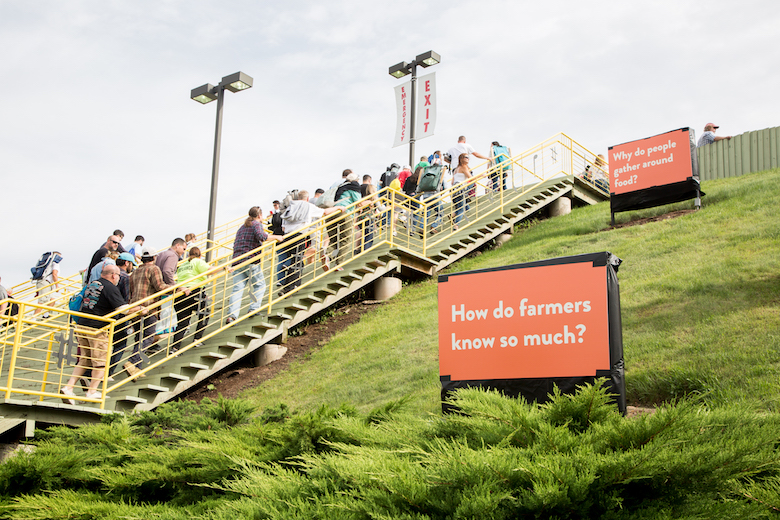 Farm Aid attendees arrive at the event to some thought-provoking questions. 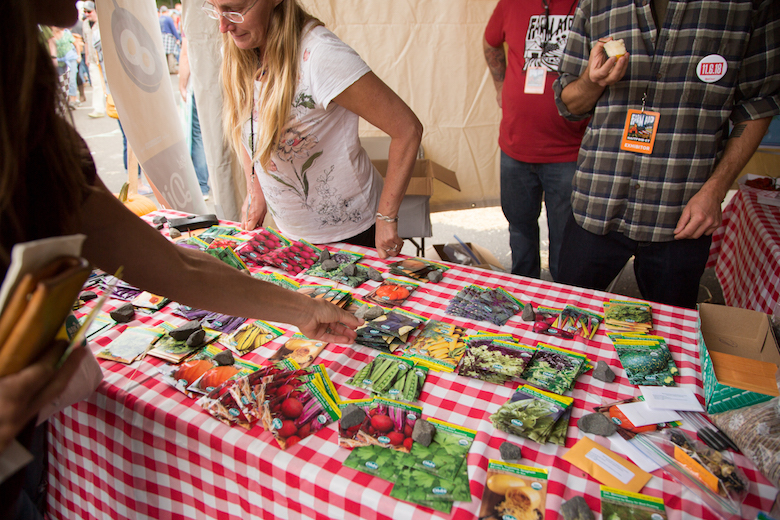 It wouldn’t be Farm Aid without a seed swap. 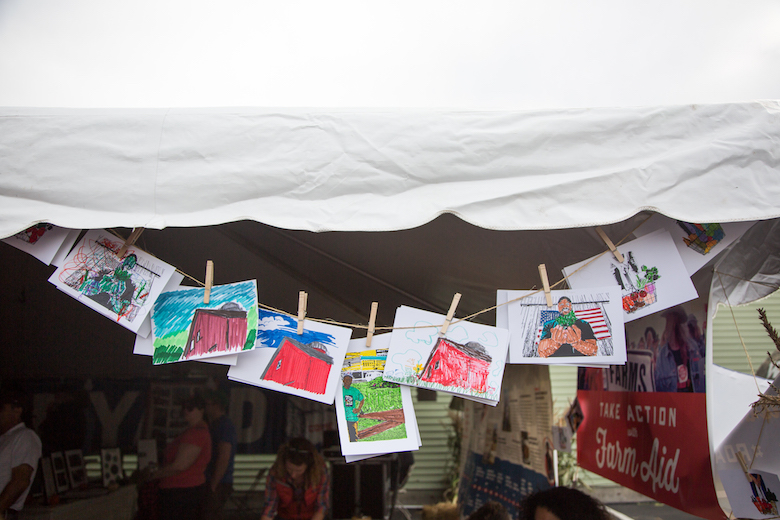 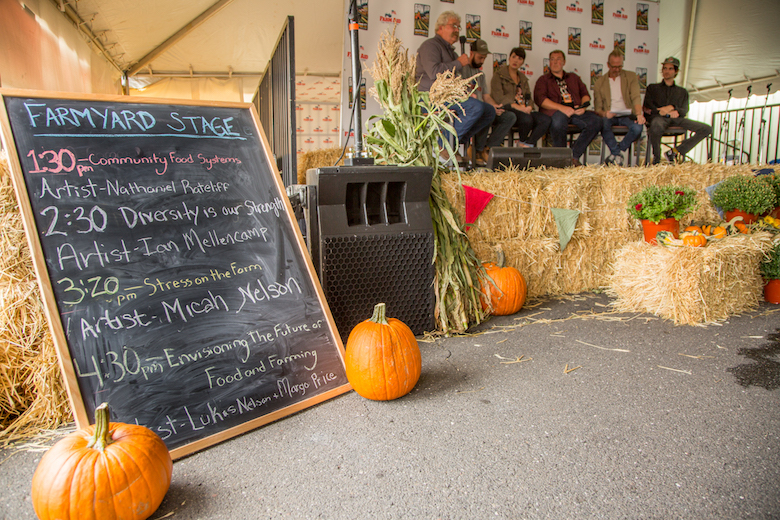 Panel discussions on the Farmyard Stage. 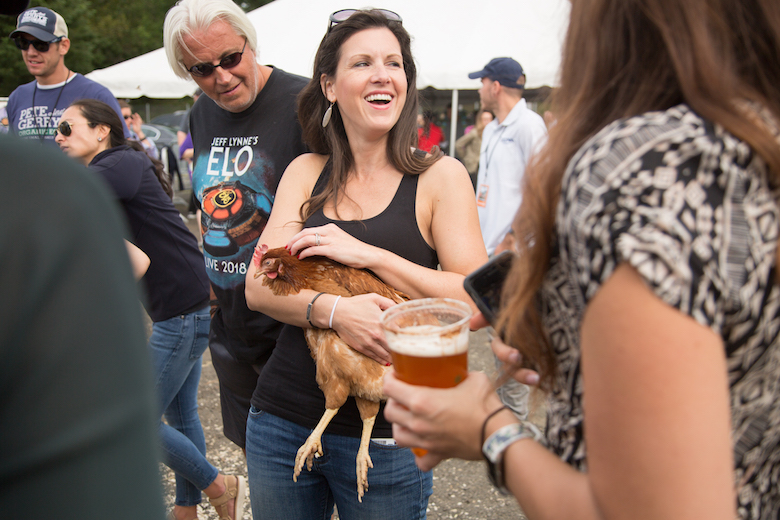 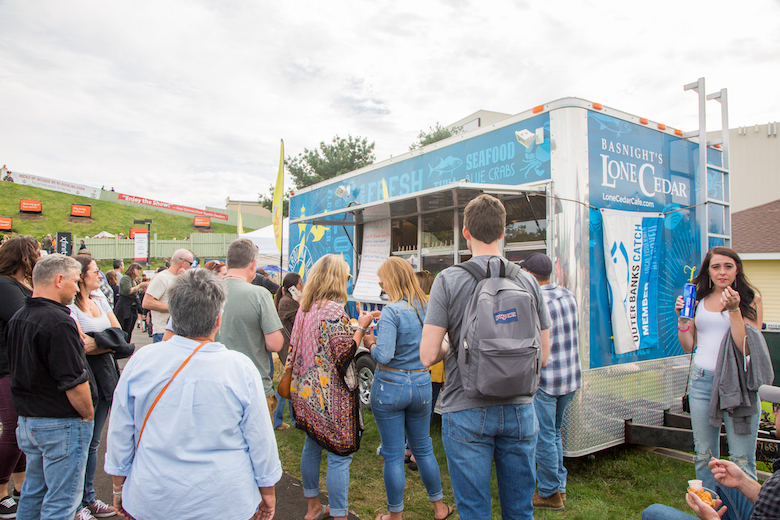 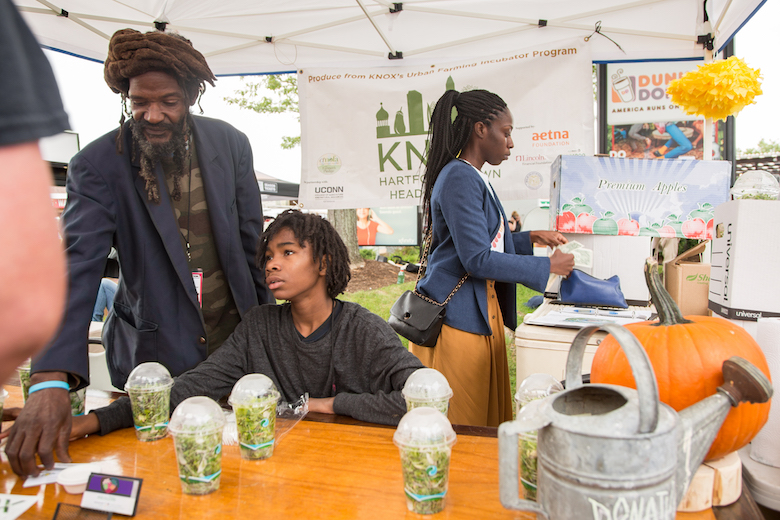 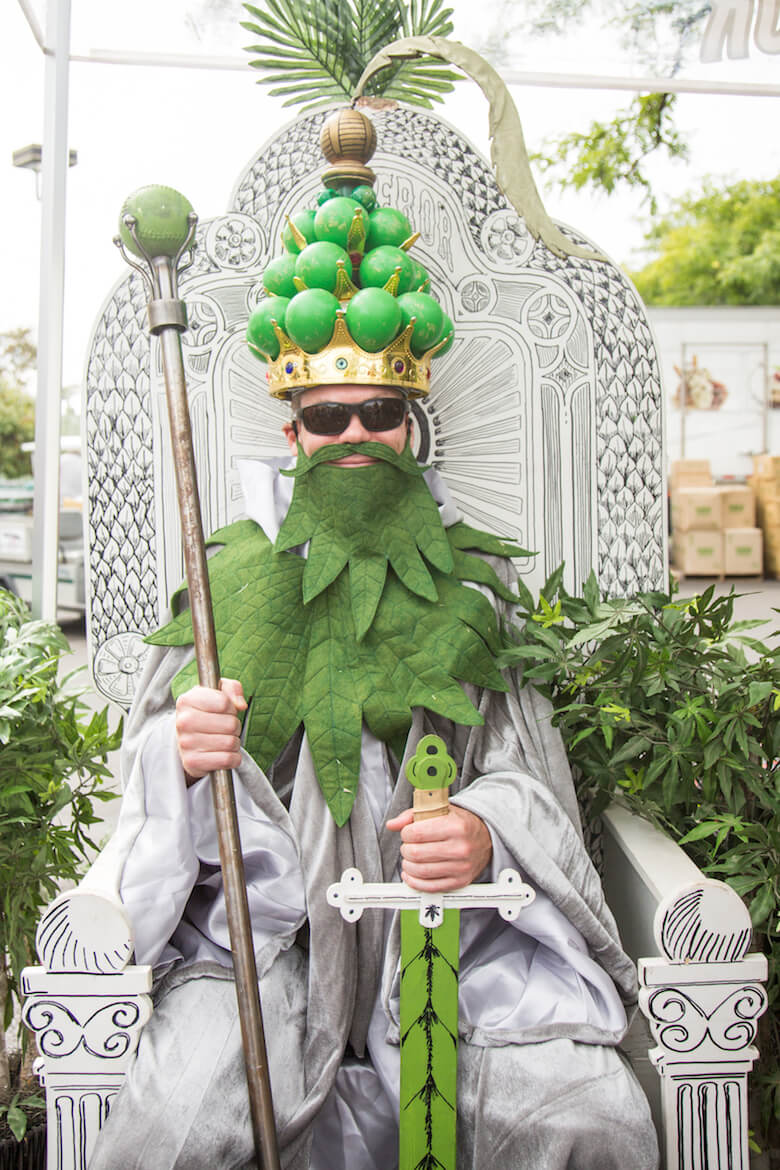 The Hemperor aims to legalize industrial hemp. Read more about his campaign at TheHemperor.com. 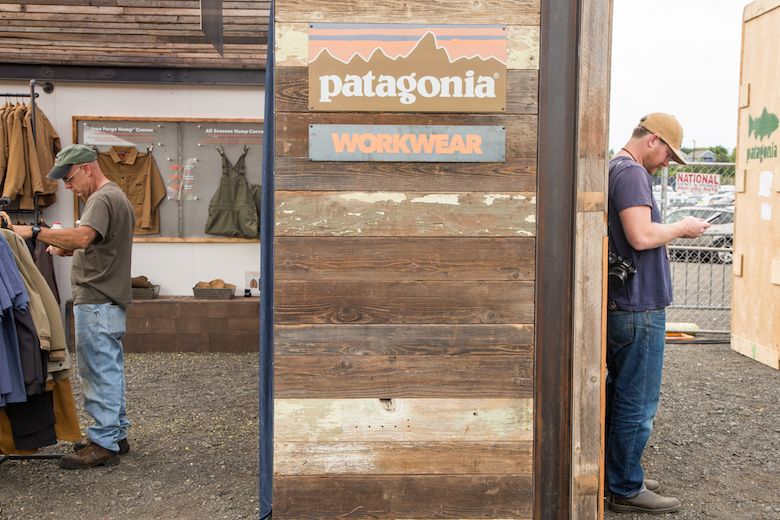 We loved the offerings at the Patagonia pop-up made from hemp. 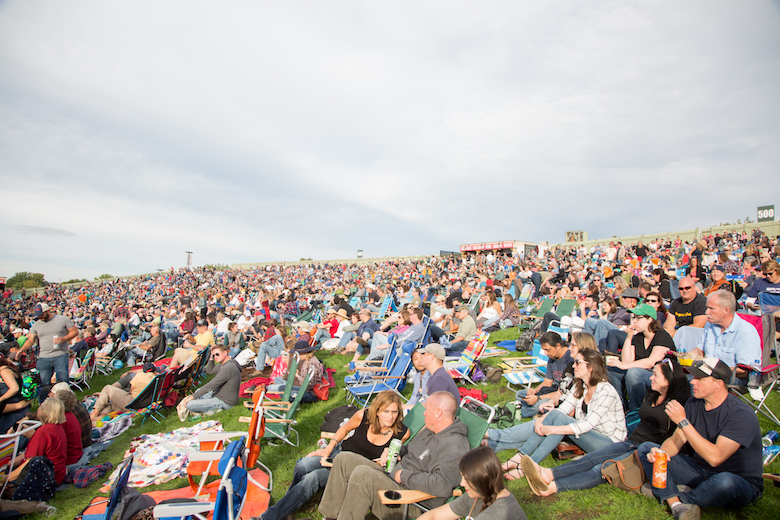 It was a beautiful day for a concert. 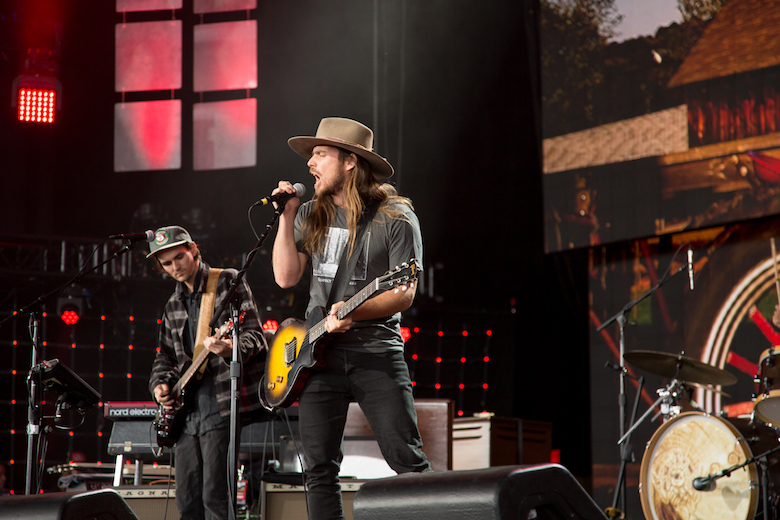 Willie Nelson’s son, Lukas Nelson, was a stronghold throughout the 12 hour day of music. 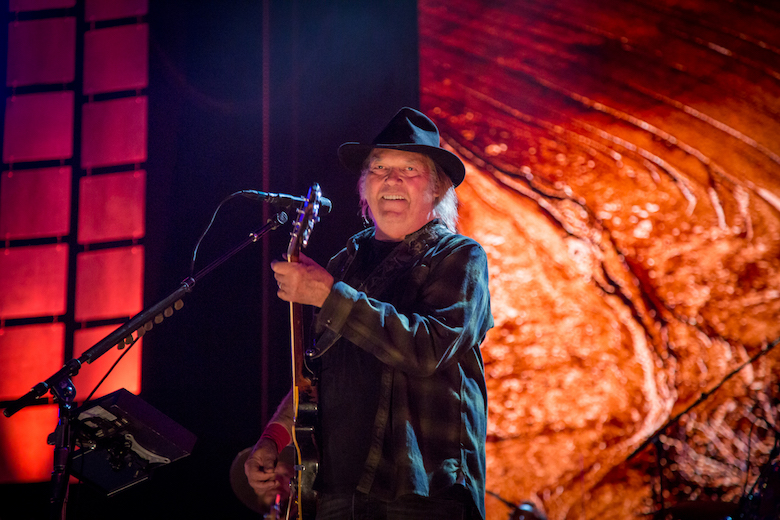