Looking for a great food-driven destination? Head to the Smoky Mountains. 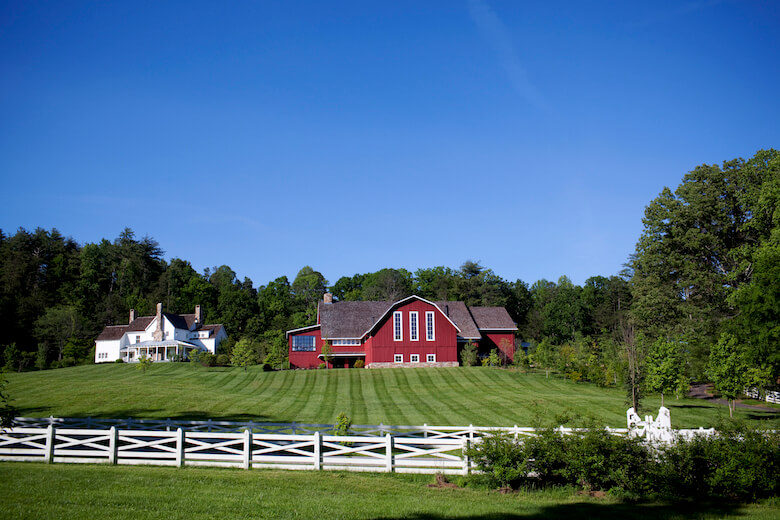 Blackberry Farm has developed into a food lover’s legend since opening four decades ago.

In 2008, I was working as a sommelier for David Chang’s then-nascent Momofuku Ssam Bar when a man with a curly mop of hair and a Southern drawl came in to eat. I had no idea who he was and I had no idea that his property in Walland, Tennessee, was a world-famous Relais & Châteaux hotel and restaurant, where the country’s foodie elite aspired to visit.

The man was Sam Beall. His father, Sandy Beall, had opened the restaurant Ruby Tuesday’s in Knoxville in 1972 while still a student at the University of Tennessee, an enterprise that would make him a fortune. Four years later, he and his wife, Kreis, purchased the 500-plus-acre plot of land and then-9-bedroom inn, where they raised their family and a burgeoning family business.

Blackberry Farm has developed, in those 40-something years, into a food lover’s legend. It’s an idyllic property nestled in the crook of the Smoky Mountains, filled with lush green rolling hills, farm animals, a de rigueur working farm and garden, a brewery and endless trails for hiking, running and wandering. Packages are all inclusive and guests are pampered to multicourse meals at every time of day, the best of which occur in a restored barn. Menu items are constantly rotating to reflect the season. A wine cellar, which runs tunnel-like below the formal dining room, showcases 160,000 selections. 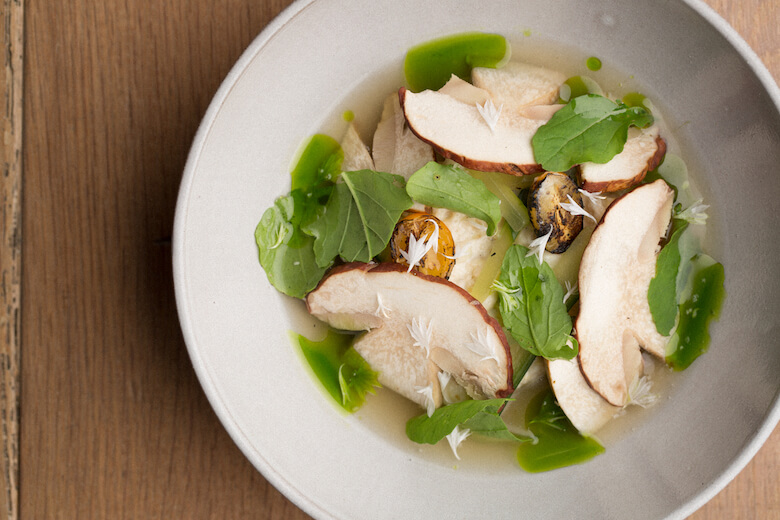 Every moment of the author’s stay at Blackberry Farm felt curated, from the housemade cheese served with Blackberry’s blackberry jam to the sachet of bath salts left for her and her family’s use in their cottage in the woods.

By the time I made it to Blackberry Farm, a full decade after meeting that young, inspiring Sam Beall, a man two years my senior, tragedy had struck. Sam Beall, at 39, had died in a Colorado skiing accident two years before, leaving behind a wife and five children. His specter loomed large over the property, a well loved spirit hanging high, directing service from beyond.

We arrived in the afternoon on a damp spring day and were shuttled to our room without fanfare. It was a cabin suspended in the air with a full wall of windows facing the verdant forest. A fireplace centered a living area, which was anchored by a couch, coffee table and armchairs. In the gratis mini fridge, we found juices, sodas and ice cream bars, while a snack drawer betrayed shortbread, local potato chips, dark chocolate and peanut M&Ms. Yes, there’s plenty to do at Blackberry Farm, but we took great joy in doing nothing at all, at watching the lively embers of a home-built fire over pimento cheese, at sitting on our porch’s rocking chairs and staring out into the leafy green.

Our first meal was framed by active fireplaces, stone and spark everywhere. As our toddler ran around unbridled, we ate clams in broth, sugar-sweet gulf shrimp and a slice of chocolate cake with buttercream frosting as thick as a phone book. There was nothing particularly mind-blowing about the food—it was ingredients we knew, prepared simply, without pretense. And yet, there was an underlying feeling about the food and place. What was it that made the pimento cheese so addictive, the clam broth practically drinkable? What was that thing, that intangible essence that made the farm irreplaceable in time and space?

Sam Beall’s vision can be felt everywhere at Blackberry Farm, the impossible Eden that he had helped to perfect.

There were more flawless meals to come: poached eggs atop brioche swathed in crayfish and hollandaise; medallions of duck breast served with tender spring vegetables that nearly exploded under the tine of a fork; sunshine-sweet strawberries over pound cake with a dollop of fresh cream; a mushroom soup that nearly vibrated with contrasting acidity; blush pink pork, perfectly fanned; barbecue short ribs that forgave us the impasse of spending a weekend in the south without visiting a proper ’cue joint. There were servers in black suits with name tags, sommeliers rapturous with the glory of a half bottle of the 1999 Guigal Hermitage, spellbinding whiskey verticals, honeysuckle bushes weeping petals over walkways.

Every moment of our 72 hours felt curated, from the housemade cheese served with Blackberry’s blackberry jam to the sachet of bath salts left for our use in our cottage in the woods. A walk by a brook passed a covered bridge, and fly fishermen in waders, before opening onto a flaxen field occupied by a lone horse. A boathouse, open from stem to stern with a perfect pond vista, segued into a pair of white Adirondack chairs.

It wasn’t just the food, of course. It was the food and the place, suspended in time, the roaring fire in our cottage, the white wisps rising from a lunchtime meat smoker, the misty Smoky Mountains in the morning distance over eggs and a bloody Mary, a swing suspended from an impossibly high tree branch. Sam Beall was not there, but his vision seemed to be everywhere, in the impossible Eden that he had helped to perfect. I couldn’t tell you every single thing I ate at Blackberry Farm, and in a year or two, I may not be able to tell you one thing that I ate while I was there. And yet, the place lingers in me, the kindest variety of haunting. Come back, it whispers, and I hope to oblige.