“We couldn’t be more excited to have him join our team,” said Alison Tuthill, Wölffer’s executive director. 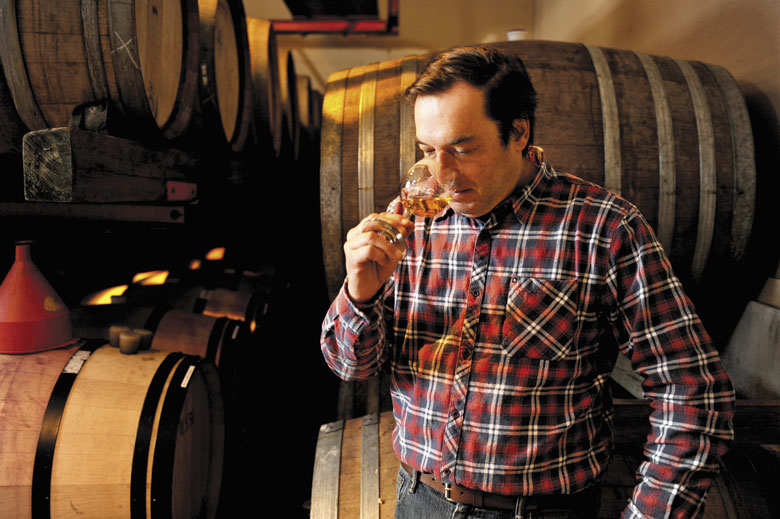 On Monday, August 13, Miguel Martin, longtime winemaker at Palmer Vineyards, joined the winemaking team at Wölffer Estate. Mr. Martin, who has over two decades’ worth of experience in the field, began his tenure at Palmer in 2006, a position that ended abruptly when the property was sold to neighboring Paumanok Vineyards this July. Following the sale—the 60-acre estate, brand, and wine inventory was sold for an undisclosed amount—Paumanok winemaker Kareem Massoud assumed control of winemaking duties at both Palmer and Paumanok Vineyards.

Miguel Martin’s 20-year career in winemaking has taken him around the world, eventually landing him on Eastern Long Island in the late 1980s. A native of Spain’s Andalucía region, Mr. Martin’s credentials include stints in his native country, as well as winemaking positions in Australia, Chile, and California. He holds two degrees, one in agricultural engineering from the Universidad Politécnica de Madrid, and a second in enology and viticulture from the esteemed University of California at Davis.

During his time at Palmer Vineyards (he was originally hired by vineyard founder Bob Palmer, who established his winery in the early 1980s and ran it until Mr. Palmer’s death in 2009), Mr. Martin established himself as a traditional winemaker with Old World sensibilities. Seeking to revive the popularity of varietals that had thrived in European countries, he planted more than just the de rigueur Cabernet Franc in Palmer’s Vineyards. Upon accepting the position at Palmer, Mr. Martin suggested to Bob Palmer that the winery introduce such varietals as Muscat, Malvasia, and Albariño. The Albariño—a cool-climate, Galician grape known for its vibrant acidity and deep minerality—proved particularly successful. Another standout from Mr. Martin’s time at Palmer includes the Solera-style Gewürztraminer, a late-harvest, off-dry wine with oxidative notes and a juicy front palate of fresh lychee.

“We couldn’t be more excited to have him join our team,” said Alison Tuthill, Wölffer’s Executive Director. “Wölffer Estate Vineyard has grown tremendously over the last 8 years, and Roman felt it was time to add to our oenology team. [Miguel] brings great experience!”