6 Pop-Up Restaurants You Need to Try Before Summer Ends

It ain’t over till the fat lady sings—and you finally try one of these blink-and-you’ll-miss-them restaurants. 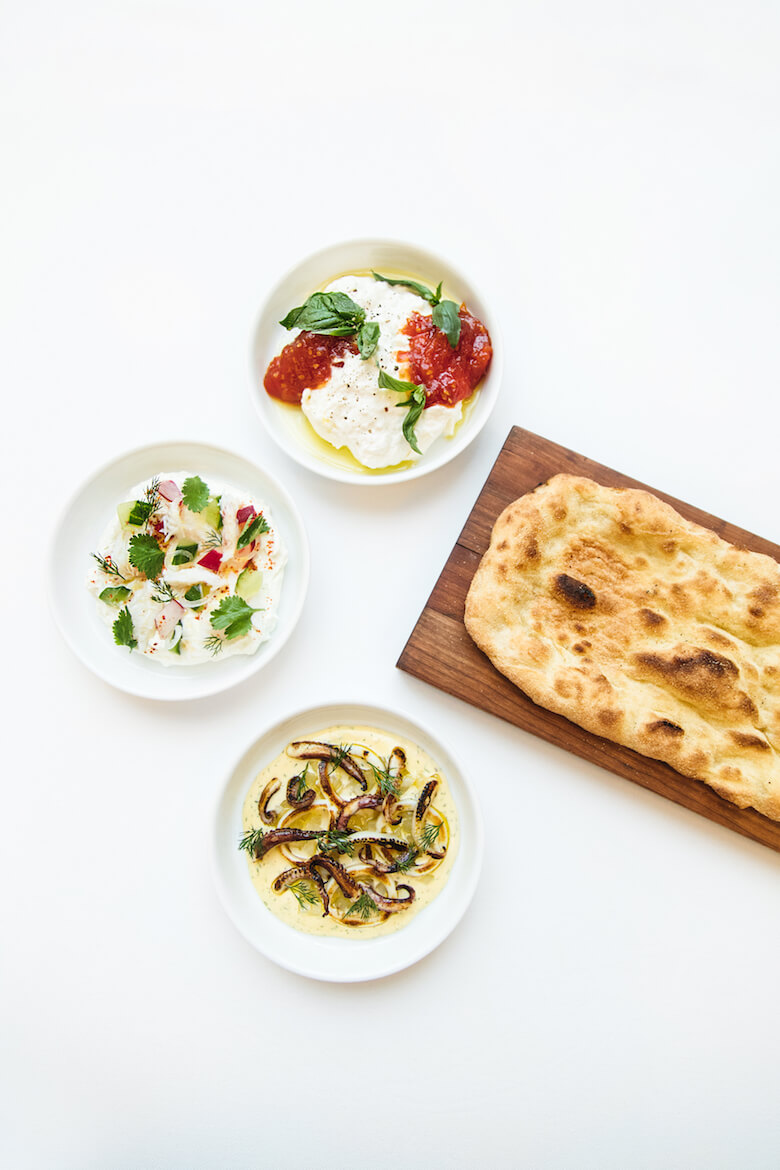 We hate to say it, but it’s true: Summer has officially entered its final act. Wondering how to maximize your restaurant-related pleasure before the season ends? Try something that won’t be here next year. Here is the ultimate guide to the East End’s Here Today, Gone Tomorrow scene of the 2018 season.

Last summer, while the critically acclaimed Eleven Madison Park was undergoing a complete overhaul, the suddenly underemployed staff decamped to East Hampton, to the Pantigo Road space once home to Moby’s, Spring Close, and the Laundry. The restaurant was a resounding success (which you probably know if you tried, at any point last summer, to score a reservation). The restaurant was meant to be a one-off, but, lo and behold, they caught the Hamptons bug. We have welcomed them back East again for the 2018 season. Hungry diners can expect some of what we saw last year: seasonal produce and protein, elevated service, and a to-die-for (albeit pricey) wine list.

Old school Greenporters already know plenty about the Drossos Motel, the ‘50s throwback best known for its mini-golfing. But in 2017, Jennie Werts, who spent her childhood summering in Greenport, opened a pop-up there, with a small-plate-centric menu that features such gems as sweet tea-brined fried chicken, Korean BBQ baby back ribs, tempura broccoli, and duck schnitzel sandwich. Ingredients are local and prices are on the reasonable end of the spectrum. The team opened for the 2018 season on Memorial Day weekend and will stay open on Saturdays and Sundays through Labor Day.

This restaurant has expanded its reach since it began in Montauk many moons ago (the original incarnation was called “Moby Dick’s” and featured a very limited menu with a sprawling outdoor dining area and hard-to-beat water views). For a number of summers following, the restaurant operated out of the East Hampton space now home to EMP Summer House, but they didn’t return for the 2017 season. Well, Moby’s is back this year, and they’ve got a whole new water view. The pop-up will lease the East Hampton Point space overlooking Three Mile Harbor in Springs. The space boasts two kitchens, two bars, and space for 250 guests—which should come in handy if Moby’s continues its tradition as the go-to boîte in East Hampton town. Previously, the restaurant has been known for—among other dishes—its delicious wood-fired pizzas.

All Day at Breakers

Replacing last season’s Seamore’s pop-up at Montauk’s Breakers will be All Day, a projected spearheaded by Leyla Marchetto (a partner both at Breakers and Navy Beach) and Brielle Rockett (Montauk local, formerly of Gurney’s Beach Club). Chef Robert Sieber, of Surf Lodge and New York City’s Jungsik DB Bistro, hopes to incorporate Asian elements into his food, inspired by time spent in Korea. Service includes breakfast, lunch, pool service, and a weekend brunch, as well as a fully stocked bar. The restaurant also offers a grab-n-go program with selections that beachgoers can order—and pay for—online. Diners can expect a Vietnamese papaya salad, Korean fish tacos, shrimp summer rolls, fried crab dumplings, and a “carrot lox sandwich” made with cured carrots and vegan cream cheese served on an everything bagel. Even better news? The hotel will allow All Day guests to use the pool—from which they can even order lunch.

Watermelon with Sumac, Seeds, and Herbs.

Technically, this pop-up is a year-round event, but it’s worth featuring nonetheless. PawPaw runs a pop-up, prix fixe dinner in Greenport on select Saturday evenings. Each event has two seatings (5:30 and 8:30 p.m.) and features approximately eight to ten courses, which rotate seasonally. The meal takes place at Bruce & Son, the brunch-only restaurant known for its truly epic bloody Marys on Greenport’s Main Street. Each meal is $60 per person and wine is extra. A recent sample menu includes such dishes as smoked quail egg with sumac and ash; raw Peconic Bay scallops with celery juice, black walnut, and nasturtium; and beef roasted in spruce with beetroot, charred onion, and juniper.