Get to know the work-family behind the beloved East Hampton mainstay. 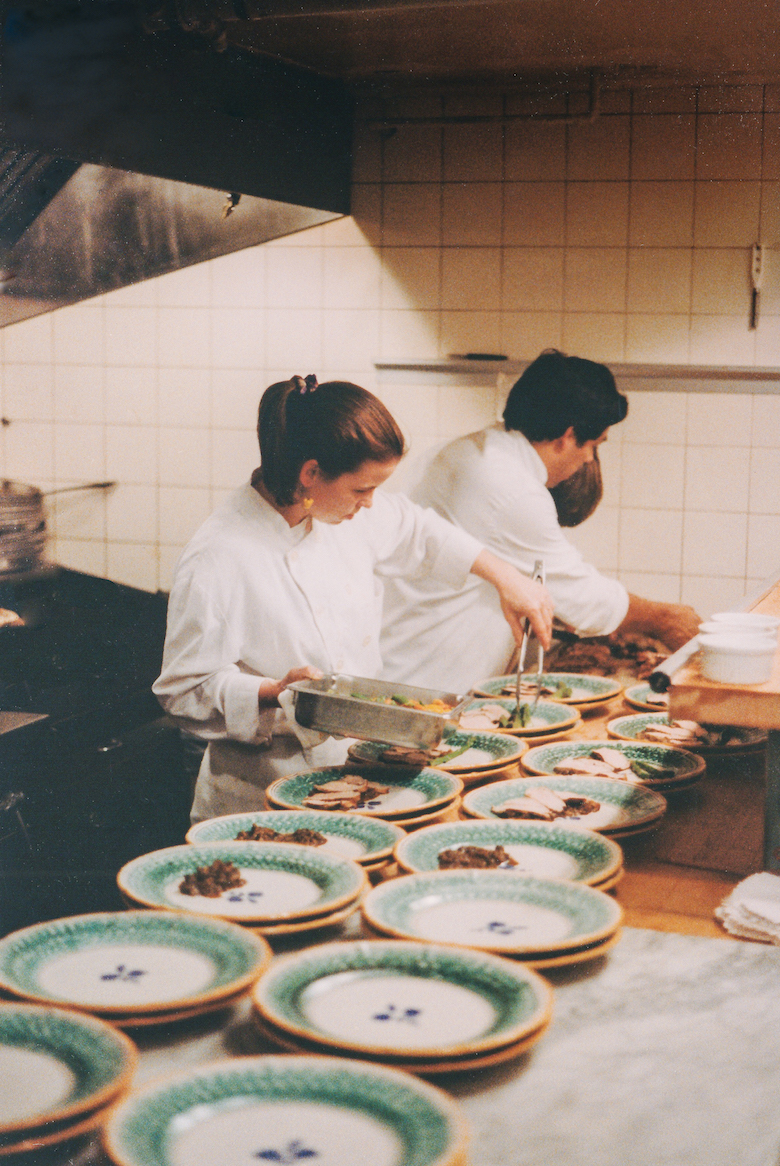 “It never occurred to us that we would be celebrating 30 years,” says Toni Ross.

Nick & Toni’s is turning 30 this summer. The East Hampton restaurant may be synonymous with the Hamptons elite but to the people who work there, it is much more nearly home.

“It never occurred to us that we would be celebrating 30 years,” says Toni Ross, who founded the restaurant with her husband, Jeff Salaway, whose nickname was Nick. “We felt grateful to survive our first night and then our first year. We had a lot to learn.”

“We opened Nick & Toni’s to present authentic northern Italian dishes that had not previously been represented in American restaurants,” Ross says. “We had worked many hours in restaurants in New York City, Jeff working different shifts, and felt it made sense to work for ourselves after getting such a solid education at Jams with Jonathan Waxman.”

Gail Arnold was the first chef to take over the former pizza joint, Ma Bergman’s on North Main Street. She later went on to work for the film director Steven Spielberg, who remains a customer to this day. The Hollywood connection was formed early thanks to Ross’s father, the late chairman of Time Warner, Steve Ross.

But it takes more than connections to keep a business alive in the fickle Hamptons. In addition to staying ahead of the curve, it takes tenacity, stamina, the hard work of many dedicated employees and attention to detail in every direction, not least of which being the quality of food.

“Jeff’s commitment to locavores was early in the movement and we also were early in the desire to present really high-quality food in a relatively casual setting,” says Ross. “I think more and more people are wanting that kind of ease and quality. Thirty years ago it was much less common.”

In the beginning, the food evolved, too. 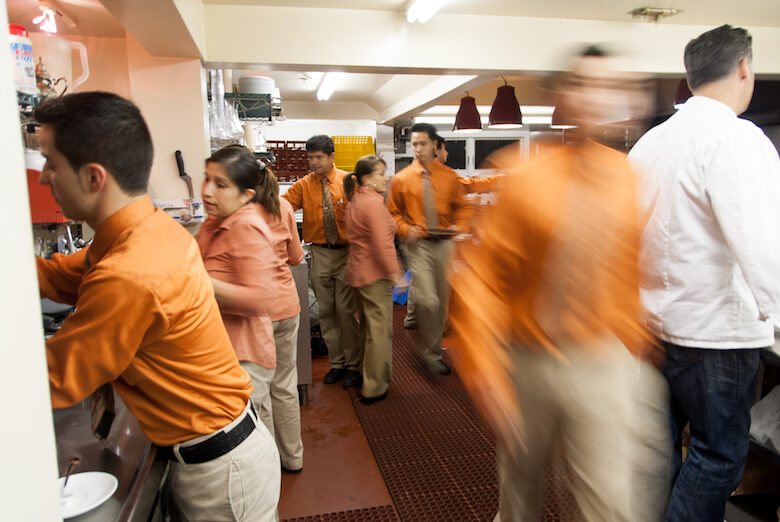 The kitchen hustle and bustle of Nick & Toni’s.

“Italian food has a natural respect for local fresh ingredients. Our menu and mission expanded to commit ourselves to local seasonal ingredients that were not strictly Italian but rather more generally Mediterranean,” Ross says.

Chef Paul Del Favero, who now owns and operates Harbor Market and Kitchen in Sag Harbor, followed Arnold in the kitchen. Early on, Scott Chaskey of Quail Hill farm guided the growth of the garden that continues to evolve and includes a huge row of blackberries and raspberries used by executive pastry chef Rachel Flatley in her desserts.

“I was so excited about the food. There was not much going on out here,” says Del Favero. “I had a great staff—Joey, Gretchen, Chris—and that made it fun for me to cook. They were young and enthusiastic, and Jeff was always supportive of that.”

Today, Gretchen Menser runs the kitchen at Fresno in East Hampton, Christopher Polidoro recently opened his own restaurant Doro in Neptune Beach, Florida, after a long stint with newscaster Matt Lauer, and Joseph Realmuto has taken over where Del Favero left off.

Realmuto took what he thought was a summer job in 1993. “It was a great summer, probably the best kitchen crew I have ever worked with. Back then it was all about the food. We were all young kids right out of school and it was not about the money.”

Del Favero asked Realmuto to come back as his sous chef the following summer. He again accepted, assuming it was a temporary gig. “I started to realize this was a special place. The restaurant was like a family, the products coming in the back door were super fresh and super local,” he says.

Access to the baymen’s daily catch, farms within miles, their own garden, visionary owners, a generous teacher and a love of the sea was too much to pass up. “I had to stick it out and take it for all it had to offer,” Realmuto says.

Winters were as slow as the summers were busy, but Jeff Salaway was a diehard. “We had to be open all the time. That was always our thing. ‘Gotta stay open for the locals,’ even though a lot never came in,” says Del Favero.

The place was, and still is, full of celebrities. The aforementioned Spielberg had Table 24, possibly with Tom Hanks and Robin Williams. “Jeff would always lead somebody into the kitchen,” Del Favero says. “It was almost like a private club.” 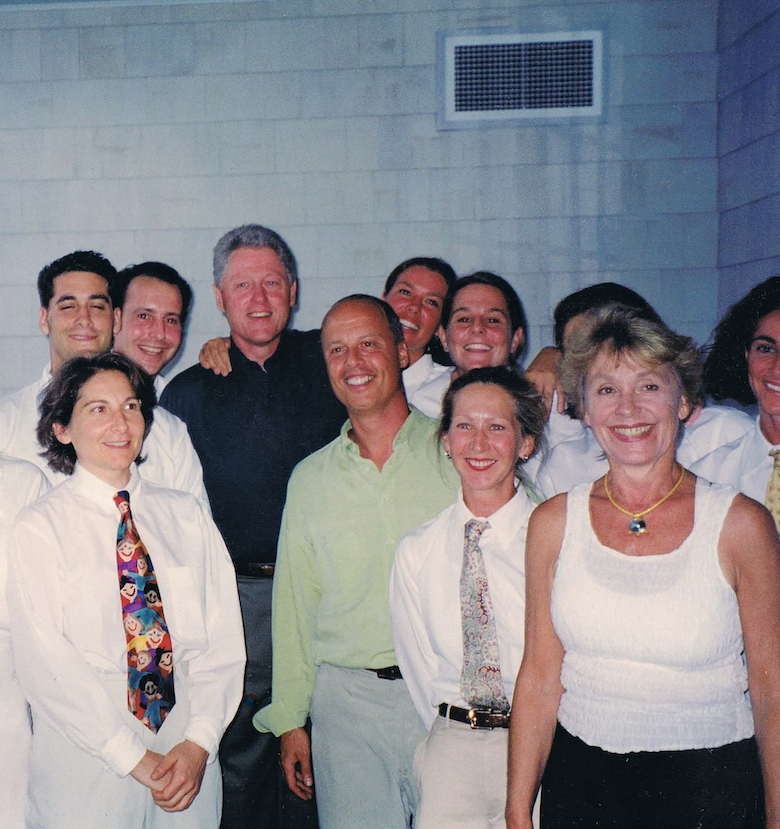 The place was, and still is, full of celebrities—like former president Bill Clinton, pictured above.

“Jeff and Toni were very focused on customer service. Always sending out zucchini chips,” he says. They were on a first-name basis with everyone and stressed hospitality, the quality of service and food and making people feel comfortable.

Salaway would mark up the seating chart, driving the front of the house crazy because they had to deal with angry customers trying to score a highly coveted reservation. As a hostess at the time, I can recall our refrain when answering the phone. “Six or 10 o’clock.” Everything else was blocked off by the boss. Salaway was firm but fun. With a mischievous glint in his eye, he made everything look easy.

Salaway’s partner in the dining room dance was not his wife, Toni Ross, but former dancer Bonnie Munshin, who was the bad cop to Salaway’s good cop. She ran the floor with an iron fist and a flare for diplomacy. While Salaway was in and out, she held down the fort and kept diners in check when things got a little rowdy.

Munshin started working at Nick & Toni’s in October of 1992, when it was established as the place to see and be seen. “New York, where I was living and working, was not at its best and it seemed like a good time to get out of town for a couple of years,” Munshin says.

“I knew Jeff and Toni from the restaurant business in New York and contacted Jeff to ask him if he knew of anything, and he said, ‘As a matter of fact, Nick & Toni’s,’ and the rest is history. I have been there for 25 years.”

Munshin never left because things kept changing and growing. “Parties, restaurants in the city and on the East End. It was never boring. I had lots of friends, and my family was here. Also, I always had a place in the city to escape to.”

“It was busy and exciting and Jeff was the essence of hospitality. Everyone wanted him to notice them,” Munshin says. “It also didn’t need to make money. Jeff would say, ‘What do you need?’ Now, 30 years later the restaurant is a serious business with two other restaurants and one under construction.” 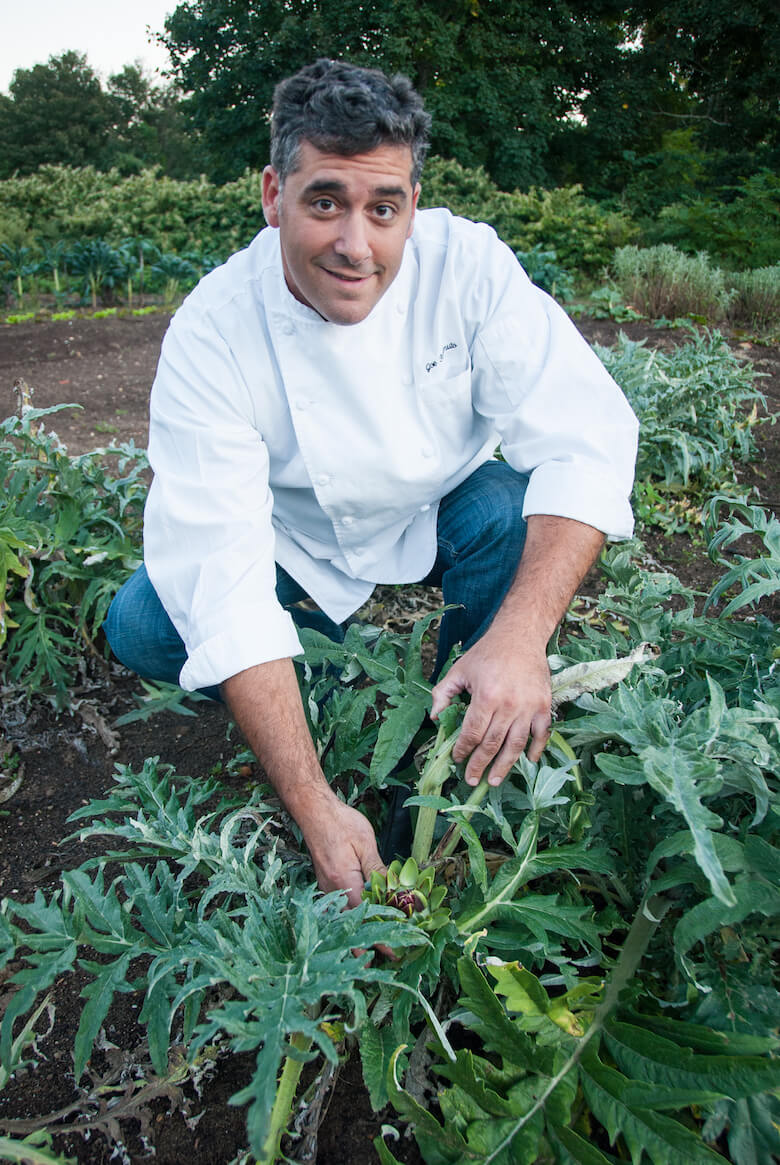 Honest Man Restaurant Group, their umbrella corporation, also owns La Fondita in Amagansett and Townline BBQ in Wainscott, and they are currently building a new Mexican-inspired restaurant and bar in the old Honest Diner next to La Fondita, to be called Coche Comedor, slated to open in October. Nick & Toni’s Cafe had a great run near Lincoln Center in New York city, closing last year after 23 years.

“I think that we have survived because we didn’t rest on our laurels and were always looking for a way to make things better, the food, service, the vegetables growing in the garden, the wine cellar, the education of the staff and most of all, the hospitality and generosity we show our customers,” Munshin says. “I can’t imagine working anywhere else.”

Mark Smith came aboard in the ’90s and stepped up when Salaway died tragically in 2001. “Obviously when Jeff died, it was a critical period in the restaurant’s history,” he says. “On a personal level, his death was a tremendous, traumatic experience, also from a business point of view. He was the face. He was the man.”

“The restaurant was hugely identified with him as a person, and then he’s gone. The question in everybody’s mind was: ‘What’s going to happen to Nick & Toni’s?’ Certainly a question I had,” says Smith. “For me, it was really important we somehow had to keep the feeling of what Nick & Toni’s was but also establish a business not dependent on any one person. A very precarious situation.”

“A lot of people depend on this place for a living,” he says, directing delivery men coming in through the back door. “As you create a company you create careers. Not to pay lip service to that, but to do things to make working in a restaurant a career, such as profit sharing and benefits.”

Julie Berger started as a coat check girl in 1995, moved up to server and is now the general manager. “The restaurant kept its core values,” she says. “Just like people, we are always evolving but have not veered off our core. It is like a family, a good family, a healthy family pushing you to grow be the best you can be.”

Berger could not embody this more. She’s earned a coveted sommelier title, and each winter, she travels far and wide to countries like New Zealand and South Africa to harvest wine. “I love making wine,” she says. “Allowing a GM to go away for a couple of months to make wine allows us to grow together. We’ll make it work together at the end of the day.”

Like Smith and Berger, Kirsten Benfield—who hails from New Zealand, but received her American citizenship last year—started at the restaurant in 1995. Today, she is Nick & Toni’s most well-known Ambassador. 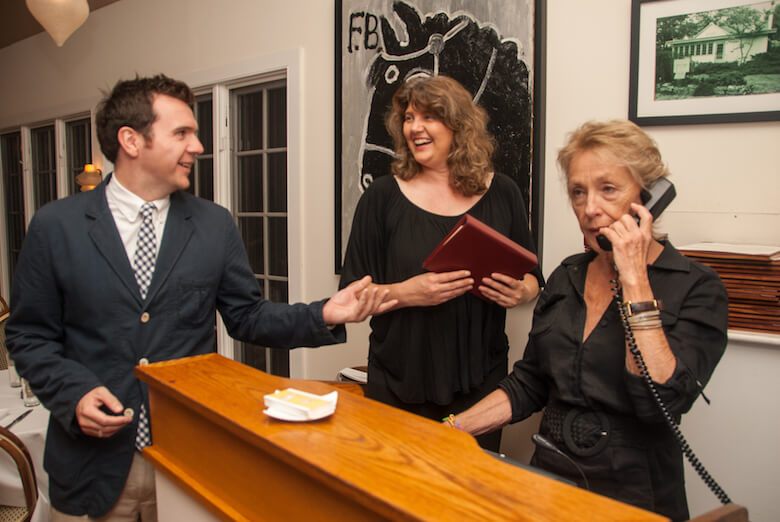 Nick & Toni’s is no longer a small mom-and-pop shop; It’s part of a restaurant group competing in a tough market.

“A lot of our customers tell me that walking toward the front of the building feels like coming home,” she says. “Simply put, you can relax with good food, good service and a comfortable, cozy space. Casual, but elegant.”

“I love the energy of the place, working as Bonnie’s assistant manager. It was hard work, but we had so much fun. It’s showtime when the doors open,” Benfield says. “We have each other’s back when we get busy. ‘That’s not my job’ is something you will not hear in our team. And we are a team.”

Nick & Toni’s is no longer a small mom-and-pop shop; It’s part of a restaurant group competing in a tough market with more year-round restaurants and stricter regulations making it harder to survive.

Chef Realmuto concurs. “So when I talk to upcoming chefs, I stress the importance of knowing how to use a computer and paying attention to details all around them, because the days of just walking into the kitchen and just cooking are over for chefs. We now spend more time running the business as a whole,” he says.

But for Realmuto, getting up in the morning still doesn’t feel like work. “The most important reason I have stayed is the people whom I work with,” he says. “They are my family.”