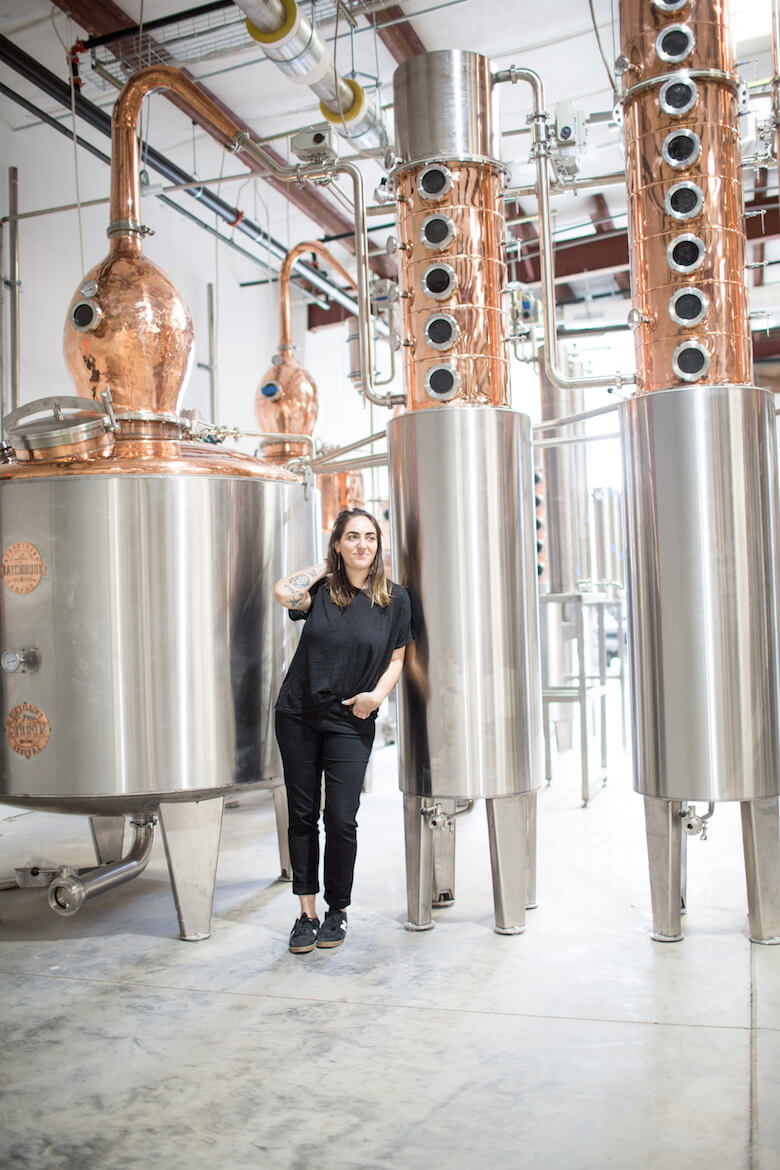 Matchbook Distilling Company is the brainchild of Leslie Merinoff, who has assembled an all-star team to bring the distillery to life.

Like so many before her, Leslie Merinoff arrived in Greenport with a small team and a big idea. All along she’d known that the time was right—by then, 2016, she’d already been working in the spirits world for years, where she’d seen firsthand our culture’s growing thirst for craft liquids—but there, in Greenport for the first time, she knew she’d also found the place. This, she knew at last, was where she would build Matchbook Distilling Company, the full-service, bespoke distillery and accelerator she had spent the past several years imagining.

Greenport itself, no stranger to entrepreneurs who promise locals the sky only to abandon them and their projects once they see the legislative hurdles Suffolk County hides in the clouds, was less sure.

“In New York—no matter where in New York you are—people have a certain ability to detect nonsense and quick-talking. So, I think I felt very much at home in Greenport when people first heard about us and said, ‘Yeah, that’s never gonna happen,’” says Merinoff. “I just thought, ‘Okay, cool. These guys are my people. Don’t talk about it; just do it.’”

So that’s exactly what she did. 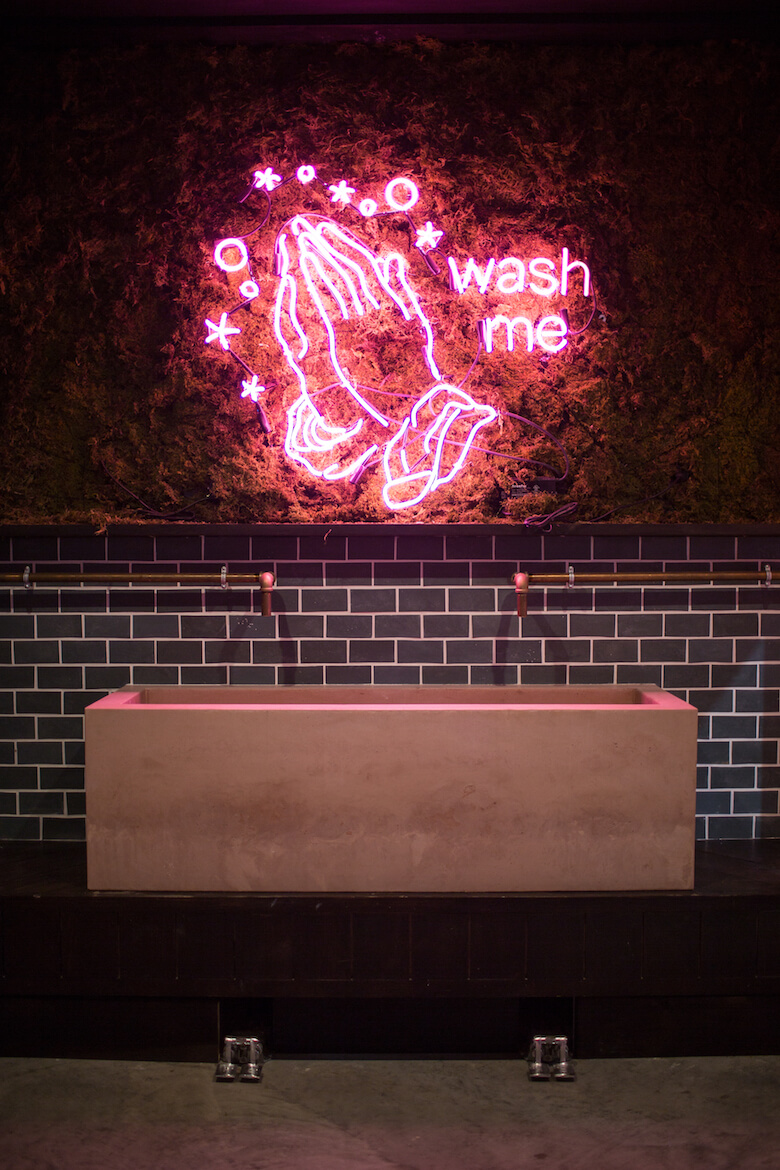 Matchbook is not your grandparents’ distillery; every corner of it—even its washing station—is as gorgeous as it is functional.

Now, two years later, Matchbook Distilling Company has opened its doors. The 38,000-square-foot distillery is a place where you can take your favorite produce—or even more simply, your best ideas—and transform them into craft spirits that are high in both creativity and quality, with a fully customizable process every step of the way. Matchbook also mills its own grains and houses an apothecary full of botanicals (made, naturally, from local ingredients) to further customize your dream spirits; the company’s cavernous space on Corwin Street, an artfully designed monument to the magnitude of its team’s mission: to set the craft spirits world alight.

“Our goal is to change the game,” says Merinoff, without any sort of fanfare. “We want to make the craft of distilling distinctive, small-batch spirits accessible to anyone who appreciates process, quality and creativity. Basically, we just want to help people take their liquid from concept to shelf—any kind of shelf our clients desire. It can be a shelf in your home, a shelf in your bar or restaurant or a shelf in a liquor store.”

Matchbook’s clients are just as varied as the shelves upon which their finished spirits will land. Whereas before Matchbook existed, when anyone looking to distill their own craft liquids would need to build their own distillery to do so (an investment that could exceed hundreds of thousands of dollars, any normal person’s pain threshold for legal battles and the span of several years), all an aspiring spirits producer needs now is a vision and a relatively small amount of capital. At Matchbook, $10,000 will get you in the door. 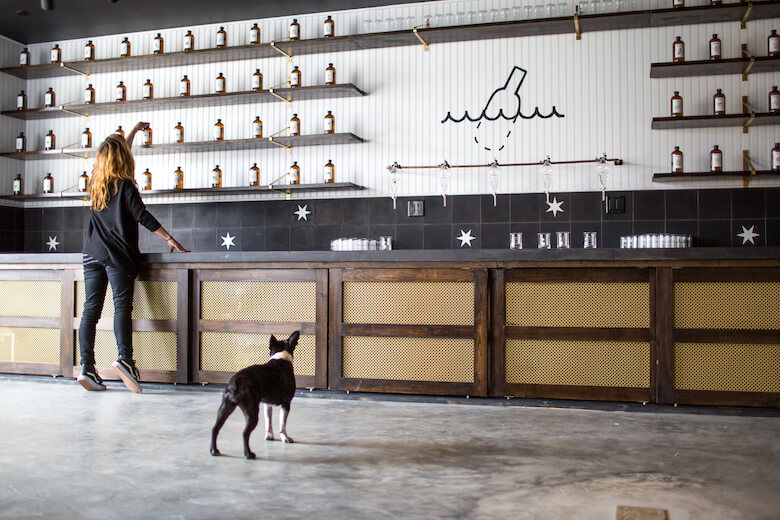 More than “just” a distillery, however, Matchbook is also home to an apothecary full of botanicals (made, naturally, from local ingredients) to further customize your dream spirits—and it’s mobile, capable of popping up at events wherever you want to have them.

“We want to work with everyone,” says Merinoff. “We want to work with farmers and chefs, bartenders and restaurants, big brands and enthusiastic individuals. And we’ll work with all of them every step of the way—from recipe development to bottling, branding and sales. It’s a tall order, but our team is totally killer. No one could be better up for the task.”

“If it weren’t for them, we wouldn’t be here right now,” says Merinoff. “The assembly of this team has been our biggest success so far. Now it’s just time to get to work and do what we’ve all been dreaming of and create a cornucopia of brilliant-tasting, intentionally produced spirits that really show off agriculture.” 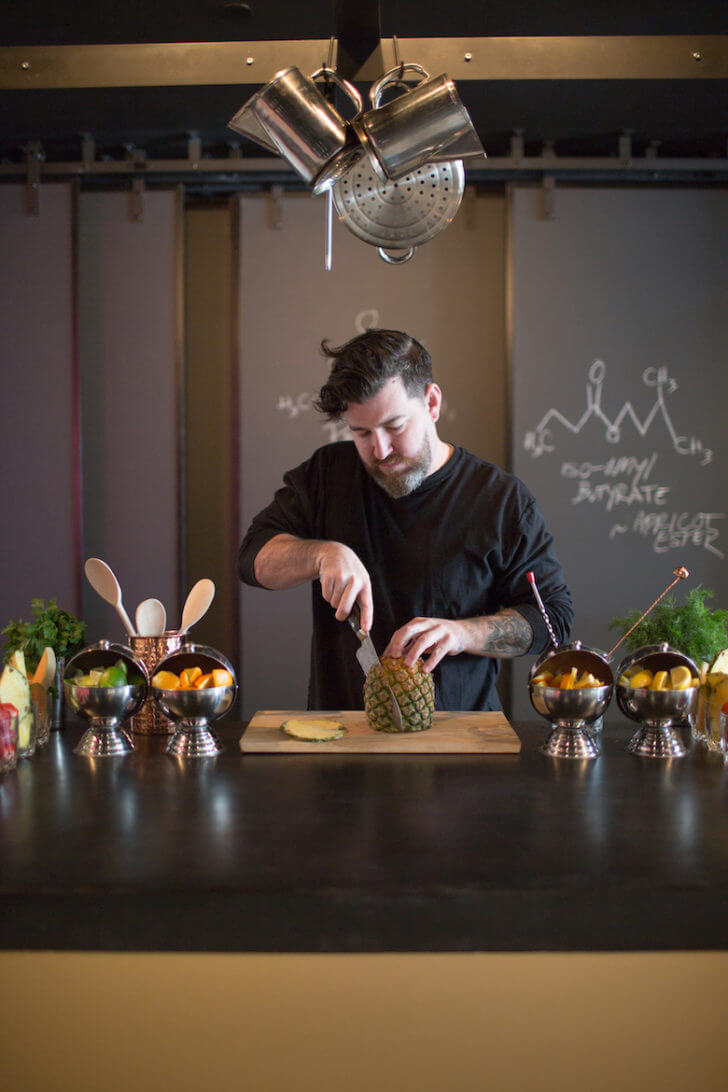 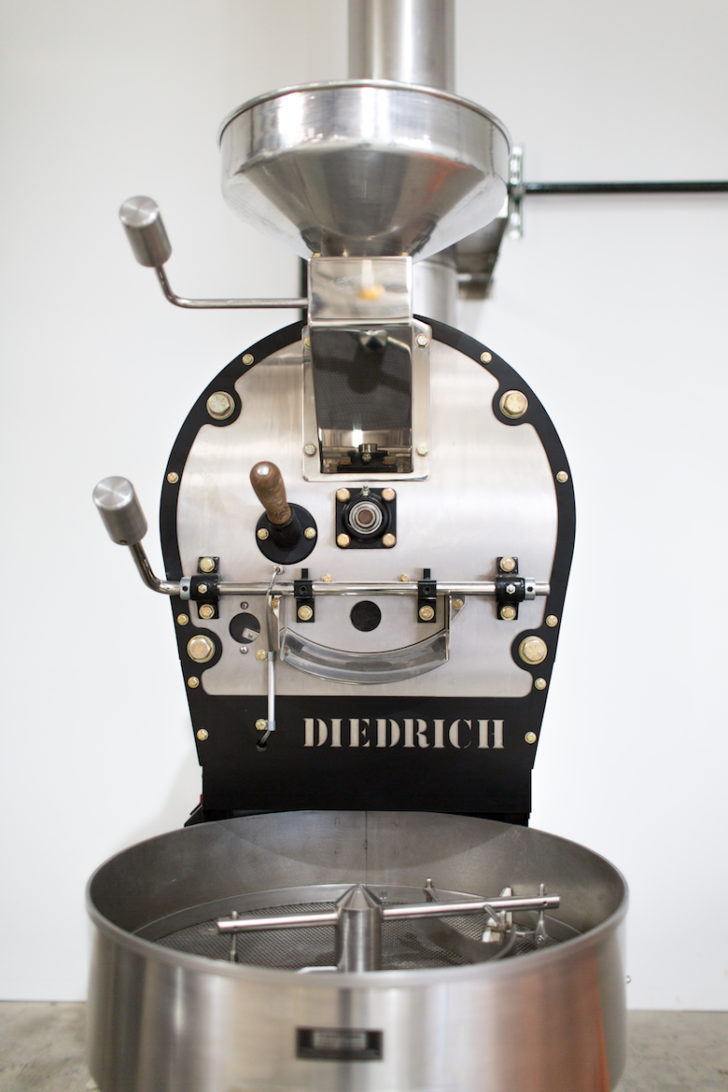 This is the Matchbook Distilling Company dream—to produce, says Merinoff, “spirits that prioritize science, tradition, agriculture and anthropology”— and it’s one that its team is ready to share.

“What’s innovative about our company is the access we’re offering to new people to create spirits,” says Kwasnieski, co-founder of Matchbook. “These individuals were confined to what was available before and now have a workbench to riff and experiment on.”

This “workbench,” says Monahan, Matchbook’s chief marketing officer, is what makes the operation “revolutionary” and is where the team’s extensive experience in the spirits industry shines through.

“Leslie and I have spent the better part of our professional working careers on the supplier side of the spirits world, additionally Leslie on distilling as well, so to be able to offer bars and restaurants, entrepreneurs and consumers a one-stop shop—almost a hit-the-green-button-and-go facility—to make their dreams of making their own spirits come true . . . will see this place as an eternal playground.”

It’s good news, then, that Spinozzi and Babiar, Matchbook’s chief of science and distilling and head of production and development, respectively, were born ready to play. 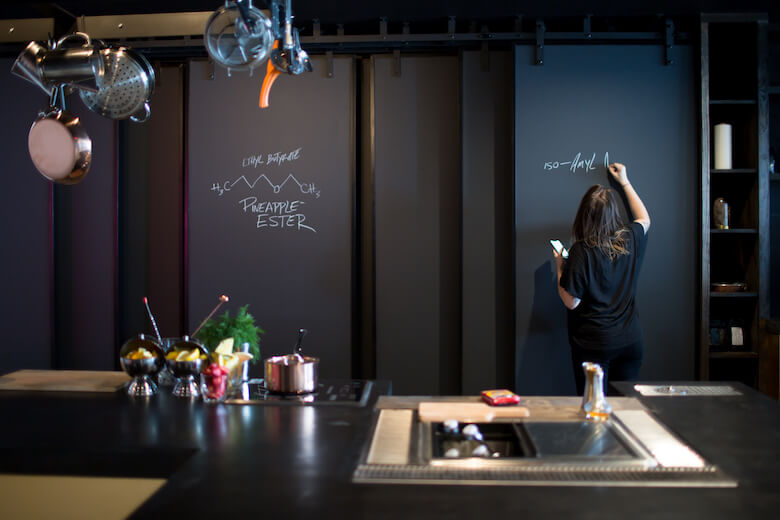 Matchbook will create spirits that prioritize science, tradition, agriculture and anthropology—and its distillery will serve as a hub for liquid-based education.

“First and foremost, I simply want to make good booze,” says Spinozzi, who currently makes a spirit out of smoked Jerusalem artichokes and looks forward to experimenting with locally grown Japanese sweet potatoes to produce a shochu. “I am also excited to help our clients to make their ideas a reality.”

Babiar is equally amped to get started. “[Matchbook’s 3-pot column hybrid] stills were designed with brandy in mind,” he says. “They can be configured for traditional pot still distillations, and we also utilize direct steam injection for grappa.”

Grappa, shochu and sunchoke liqueur—all produced with local, organic ingredients grown on Long Island? Yes. Really. And visitors and locals alike will be able to sample these, and all of Matchbook’s craft spirits, at their official tasting room, located just blocks away from the distillery inside the Lin Beach House, which Merinoff opened this May as the guest house and sister hotel to Matchbook Distilling.

“I know it sounds like we’ve been up to a lot, and the truth is we have,” says Merinoff. “But I was always going to do one of three things. I was going to write speeches for the president, but I probably wouldn’t have gotten the job. And then I wanted to be a civil engineer and, like, design bridges, but I’m terribly dyslexic, so that didn’t pan out. And the third, always, was to work in this industry. It’s always been a passion of mine. And not to get too meta, but when I was a kid, the impact of globalization on our food economy had not set in yet. When I was younger, I spent so much time traveling the world and tasting food that was so mind-blowingly good. I did not understand that, by grocery stores picking up the cheapest bulk produce and shipping it here, we were going to completely kill the flavor experience in life, which is such a major pleasure source. So I’m so thrilled that, as eaters and drinkers, we’ve finally decided to rebel. And now, any farmers market I go to on a Saturday or Sunday, I’m waiting in lines. It’s just so cool.”

And even cooler: How Matchbook Distilling Company plans to extend this rebellion to alcohol. Prepare to wait in lines to see—and taste—what Merinoff does next.