The master is still at work in Southold.

“I never aspired to be an innovator; I just wanted to be a good cook,” says Fleming.

“We were doing all of this stuff,” says Fleming, sitting in the restaurant’s dim dining room well before the din of dinner service. “We were juicing carrots; we were foaming shit.”

Tahini, an ingredient Fleming admits she’s obsessed with, made repeated appearances in the great experiment. So, too, did blood orange and lemon curd. Nothing was particularly working.

Her reasoning was simple: In this case, old school just tasted better.

An important and revered player in the American Food Revolution that swept through our country’s culinary landscape in the late ’60s and early ’70s, Fleming has always been an innovator. After all, no one—not even Fleming herself—could become “Claudia Fleming” by following all of pastry’s long-established rules. But like all the best artists, becoming an italicized, quotes-around-her-name legend was never her goal; all Fleming ever wanted—and even now still wants—is to be good. 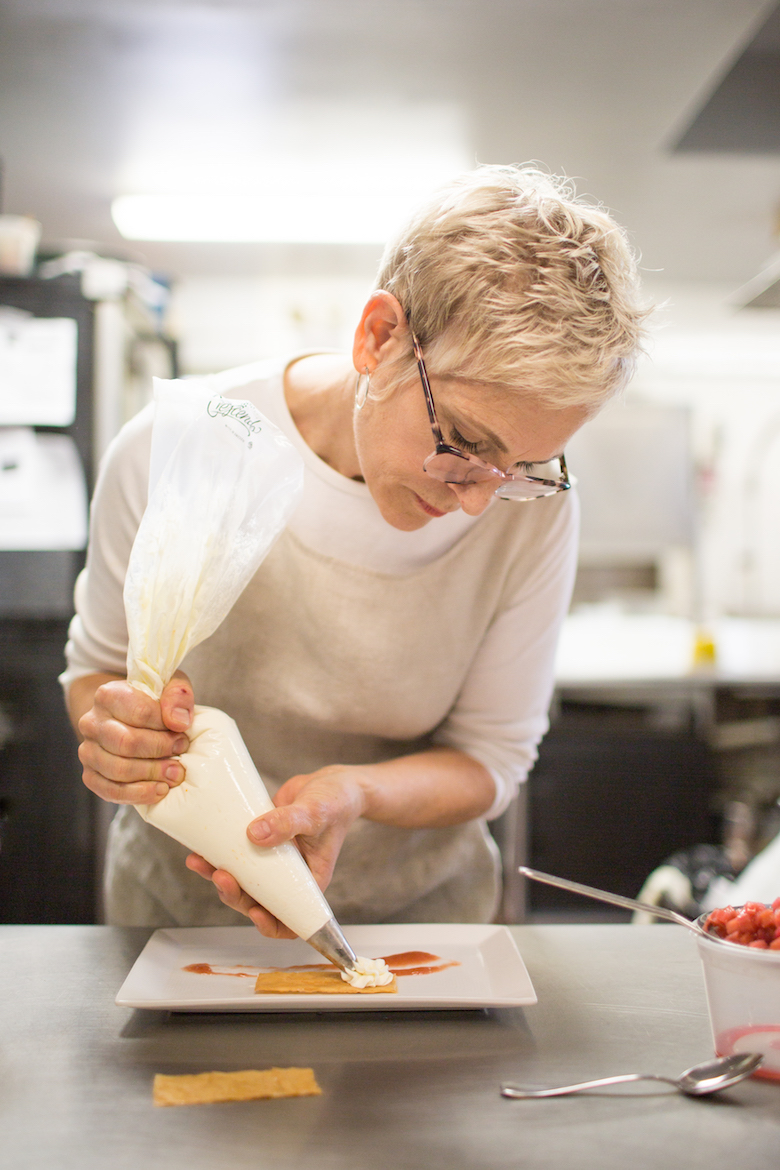 “I never aspired to be an innovator; I just wanted to be a good cook,” says Fleming. “I’m like a dinosaur in this industry now, but back in the day, we all did what we did because we loved it. And whatever recognition came my way, it was always really surprising and shocking because I wasn’t in it for that.”

All of that sounds lovely, of course, but did she really never lie awake at night and dream of writing a cookbook, or working at Gramercy Tavern or winning a James Beard Award (all things she eventually achieved)?

“No,” says Fleming, without hesitation. “All I ever dreamt of was the next dessert.”

Now decades into her career, Fleming’s dreams remain unchanged. She laughs at her own level of obsessiveness, comparing herself to Homeland protagonist Carrie Mathison; her mind still drawing connections between flavors as Mathison draws connections between suspected terrorists on a huge, string-covered board. It is not surprising, then, that owning and operating North Fork Table often gets in the way. Here, Fleming’s frustrations regarding all the administrative drudgery the business requires is as palpable and infectious as is her intelligence and passion when she talks about her famous desserts.

“This was Gerry’s dream,” says Fleming, smiling at the memory of her late husband, the chef Gerry Hayden, who died from complications of Lou Gehrig’s disease in 2015. “I just wanted to cook.” 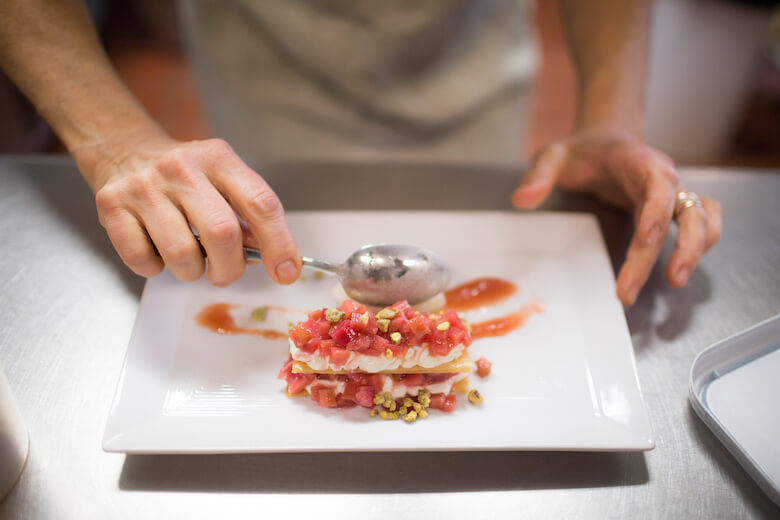 It is the time she spends in the kitchen—and working on North Fork Table’s beloved food truck—that keeps Fleming satisfied enough. She also derives tremendous pleasure from working with the inn’s supremely talented young chef, Stephan Borgadus, whom she lovingly describes as Hayden’s “soulmate.”

“He completely drove me crazy in the beginning,” says Fleming, growing animated in that way people do only when they find themselves talking about someone they fiercely love. “He was a little punk, just a teenager, running around all the corners. And Gerry was like, ‘I love that kid. I love that kid. He’s just like I was when I was younger. Do you have any idea how talented he is?’ And I remember saying, ‘Yes, I know, but can you please tell him to stop running?’ Now it is just so heartwarming and reassuring and gratifying to have him here. In that sense, it’s really perfect.”

And perfect, too, are some of Fleming’s mornings. When the inn has overnight guests, Fleming arrives to work extra early and finds herself in one of the situations that makes her happiest: alone in the restaurant’s kitchen, making scones. The sort of scene she’s always dreamed of: the kind where the tireless artist stands before her easel, picks up her brush and creates a master-feast from nothing. It is something that has always brought her exceptional satisfaction—and we’ll be damned if she doesn’t do it exceptionally well.