On the East End, the Humble Blowfish Mounts a Comeback

So many of the East End’s best restaurants are serving blowfish again. Good news for the locals who grew up eating it. 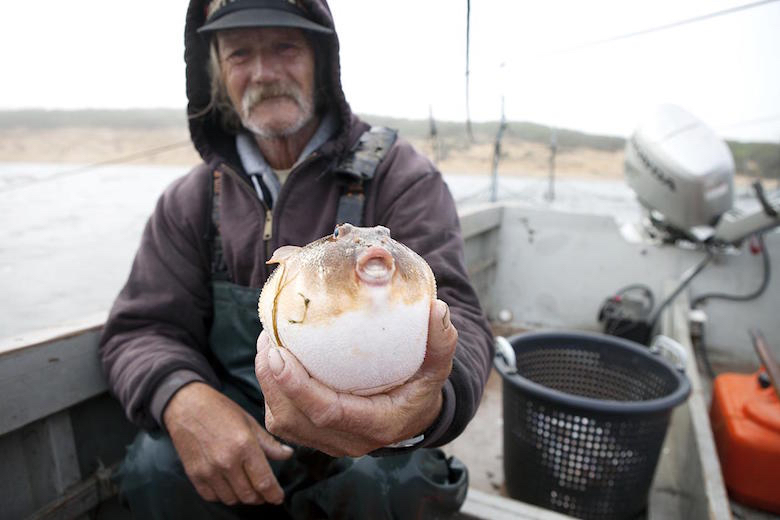 A just-caught blowfish looks like a medieval weapon. Only after it is cleaned and dressed does its gustatory charm come through. A frightened blowfish will inflate itself to comical proportions, turning into a rotund, spiny orb, but when it’s cooked the meat is the size and shape of a drumstick, the flesh firm and sweet. Generations of Long Islanders have been taught to grasp a fried blowfish by the tail, and nibble the delectable thing like a chicken leg.

Also known as northern puffers, for a decade or more they were scarce, but in recent years they have been making a comeback, and are available in restaurants and fish markets from early spring through the fall.

He includes a blowfish fricassee in his tasting menu. He pan-roasts the fish, and serves it with horseradish and a sauté of spring vegetables; radish, asparagus, spring onion.

Septuagenarian Long Islanders remember catching them by the bushel when they were kids. One Shelter Island old-timer says he and his friends used to sell them for 5 cents each to Claudio’s in Greenport. Whatever he didn’t sell, his mom would sauté in butter in a cast-iron skillet.

Blowfish was known as “sea squab” in the 1940s, and the reference to poultry stuck; even today people refer to blowfish as “chicken of the sea.” Found in shallow water, they swim with a paddling motion, and although spiny when inflated, you’d have to work at it to be injured by a blowfish (stay away from the four teeth in its beak-like mouth.) 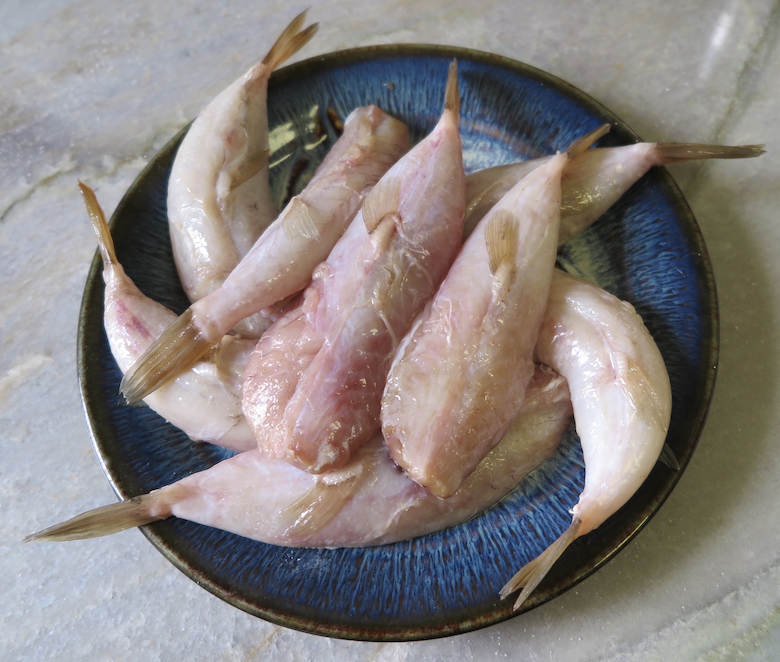 Kids who grew up on the East End of Long Island used to have plenty of marine life for company when they went for a swim, including blowfish. Tim Purtell recalled childhood summers on Shelter Island in the 60s and 70s. “In June,” he says, “the blowfish would nibble my toes; there were crabs, skate, horseshoe crabs, sand sharks. In the fall the scallops would scratch my legs and wash up on the shore, there would be so many.”

Blowfish are such lousy swimmers a child can catch one with bare hands, but Nanette Lawrenson, Executive Director of the Shelter Island Historical Society, said she and her siblings caught them at Crescent Beach with a seine net. “They were everywhere. When we tickled their stomachs, they blew up. I learned how to clean a blowfish when I was seven years old; cut off the head, pull the skin off and all the meat is right around the tail.”

Donnamarie Barnes, the archivist at Sylvester Manor on Shelter Island, recalls catching blowfish in shallow water when she was a child. Barnes grew up spending summers in Ninevah, a beach community near Sag Harbor, where she learned to love blowfish with a fervor reserved for those who gather their own dinner. While the fathers worked in the city, their families stayed at the beach. “When the money ran out,” Barnes recalls, “the mothers would send us into the water saying, ‘Time to go fishing.’”

“You could kick them around like a football,” says Jean Ely, remembering blowfish on the South Fork beaches in the 70s. “They were big and spiny–and so delicious.” Jean Ely remembers blowfish being so plentiful and cheap they were considered “trash fish.” No matter. Everyone still loved to eat them.

Charlie Poliwoda, a fishmonger at Southold Fish Market, prefers a rod and reel with a bobber to catch blowfish from a boat. “They don’t fight, and they don’t puff up unless they feel threatened.” 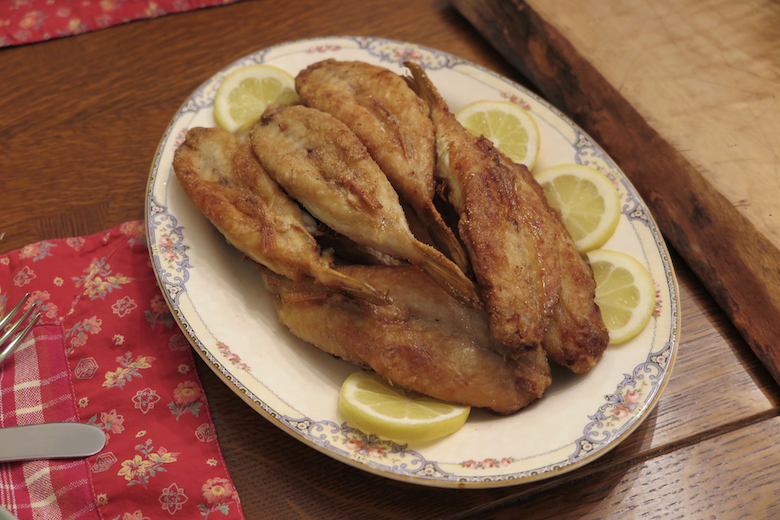 A plate of fried blowfish. • Photo by Charity Robey

In the summertime, John Tehan runs a fishing charter out of the Island Boatyard on Shelter Island, taking clients out on day trips to prime local fishing spots to catch porgies, fluke, and bluefish, which he scales and cleans for them to take home at the end of the day. Blowfish are not included in the deal. For years, John brought any blowfish caught on his boat home to his mother.  Now that she has passed, he eats them himself. “I had to explain to a seven-year-old girl that there is a blowfish tax on my boat. Her family got a whole cooler full of fish, but I keep the blowfish.”

Local chefs who cook blowfish like to serve them as appetizers because of their drumstick shape and single central band of cartilage down the middle, a cocktail toothpick thoughtfully provided by nature.

Keith Bavaro, owner of SALT, a restaurant on Shelter Island, remembers a legendary blowfish preparation that Anthony Rando, former chef at Sweet Tomatoes, an Italian restaurant on the Island made: Blowfish Puttanesca. “It always sold out halfway through dinner service. Locals would order two right when they arrived because they didn’t know when it would be back on the menu.”  Nowadays Bavaro buys blowfish for his restaurant whenever he can get it. SALT Chef Darren Boyle likes to fry blowfish like chicken wings and serve them with a classic remoulade.

The Japanese variety of blowfish called fugu is a delicacy notorious for containing potent neurotoxins in several of its organs. Fugu can only be safely cleaned by specially trained and certified fish cutters. The northern puffers caught in the mid-Atlantic coastal waters of the United States are safe, since they do not eat the things that create poisons in Japanese blowfish. The toxic blowfish are 6739 miles from here—the best argument I’ve ever heard for eating local fish.

This story was originally published in March 2017.