A Community of Herbalists Takes Root on the North Fork

Local herbalists like April Alexander want to teach you why having an herbal medicine cabinet at home is important and empowering. 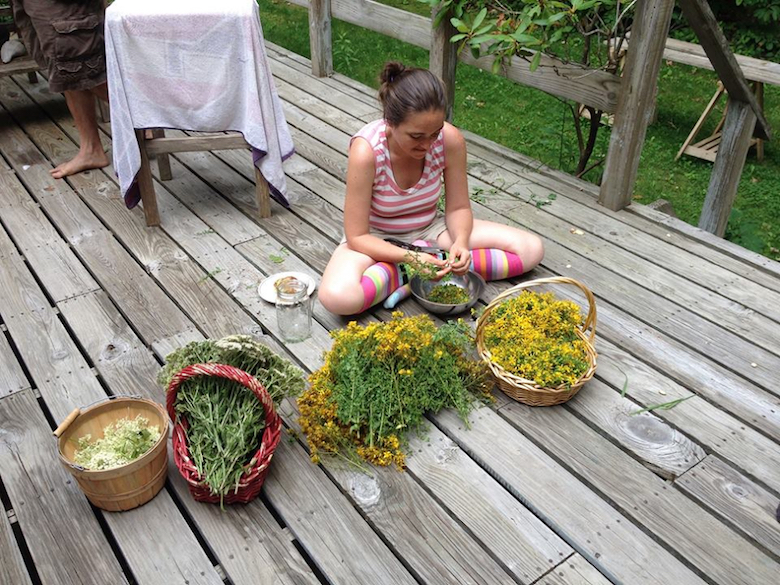 Starting this spring, April Alexander will begin to teach a course on herbalism in Cutchogue.

In the summer, the North Fork of Long Island is a slice of verdant California combed over with vineyards; in the winter, it is a shuttered-up peninsula surrounded by choppy seas. But whatever the season, it is playing host to a revival of herbalism, the use of plants for medicinal or dietary purposes, with instigators like Peconic’s April Alexander stocking their cupboards with oils and tinctures made from native species.

“I have a whole cabinet in my office that is dedicated strictly to herbs,” says Alexander, 39, a spirited and engaging mother of four, who has been living on the North Fork for over a decade.

“I have all of my dried herbs in there, all of my oils, all of my supplies,” she says. “I always tell people: welcome to my apothecary, what would you like?”

Starting this spring, she will begin to teach a course on herbalism in Cutchogue. It’s expected to meet once a month for ten months, during which participants will go on plant walks, learn how to cultivate their own gardens of medicinal plants, and discover new remedies.

“I’m really excited about this class. My goal is to continue the tradition of passing down the knowledge of plant-based healing, build community, and most of all having fun!”

Alexander has also integrated herbalism into the life of her family, taking her children on plant walks, and enlisting their help to make herbal preparations

One reason that she is so keen to build a community of herbalists on the East End is because she is, in a way, a pioneer. Born on the West Coast, transplanted to Long Island in grade school, she eventually settled in Peconic while still in her twenties to raise her children. While she always had an interest in natural medicine, it wasn’t until one of her younger children came down with a double ear infection that she got the proverbial kick in the ass.

“Her ear drums ruptured and I freaked out, because I had similar problems when I was a kid, and I was overprescribed antibiotics that ruined my digestive tract.” So she turned to a naturopathic doctor who gave her a list of herbs. “Within two days, her ears stopped leaking fluid, and in a week, she totally cleared up. After that I was dead set on becoming an herbalist.”

Alexander immersed herself in everything herbal: books like Rosemary Gladstar’s Medicinal Herbs, attending courses organized by Gladstar, who runs the Sage Mountain Herbal Retreat Center & Botanical Sanctuary in Vermont, and working with other herbalists, such as Matthew Wood. She has also participated in the International Herb Symposium and the Northeast Women’s Herbal Conference and is a member of United Plant Savers and the Northeast Herbal Association.

She has also integrated herbalism into the life of her family, taking her children on plant walks, and enlisting their help to make herbal preparations. “My kids don’t ask for aspirin when they have a fever, they ask for tea.” 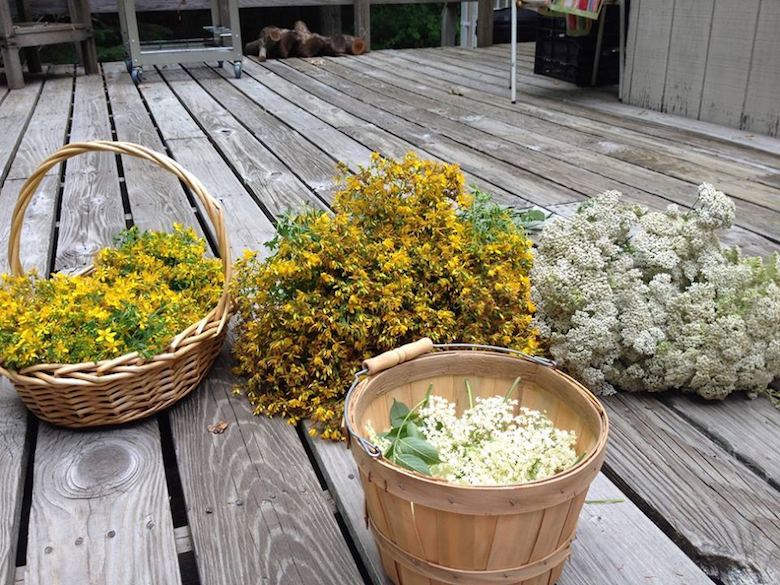 “Most people try to get dandelions out of their yards, yet it is one of the most useful plants around for cleansing the liver and supporting healthy digestion,” says Alexander.

While Alexander had to go outside her community to school herself in herbalism, the North Fork did provide an ideal locale for this pursuit. “We have so many amazing plant-based resources available to us here,” she says. “From local farm stands, to quaint local businesses, the country-living atmosphere has contributed to a lifestyle that values hands-on, natural products.”

The area is also rich in plants that find their way into the family’s home. “The number one plant that comes to mind is dandelions,” she says. “Most people try to get dandelions out of their yards, yet it is one of the most useful plants around for cleansing the liver and supporting healthy digestion.” She doesn’t only make dandelion tea, but dandelion cookies, by mixing the flowers into oatmeal batter.

“It’s so cool to see those sparkling petals when you take them out of the oven.”

Elderberries are also put to good use in Alexander’s kitchen. “My kids absolutely love elderberry syrup. Who doesn’t want a spoonful of sweetness? Elderberry jam used to be popular in the old days. In the winter people would put elderberry jam on their toast to keep up their immunity.”

Along with passing on her passion for herbalism, she says she hopes her new class will help to build a community of like-minded enthusiasts on the East End that can share remedies and ideas.

“Having an herbal medicine cabinet at home is important and empowering”, says April Alexander.

According to her friend, Fernanda Menagassi-Lojac, owner of North Fork Natural in Cutchogue, the area is hosting a “steadily spreading” network of people interested in natural living.

“I have seen a growing interest among my students and customers in all things natural, especially plant-based, herbal medicine,” says Menagassi-Lojac, who offers aromatherapy, a branch of herbalism, through her company.

“April is very passionate about plants and truly enjoys sharing her knowledge with others. So this class will not only help to connect people to the local environment but will also strengthen the existing community-based herbalism on the North Fork.”

“Having an herbal medicine cabinet at home is important and empowering”, she says, “especially as a mother with school age children who get viruses that don’t have treatments with Western medications but can often be shortened or treated completely with herbal medicines.”

This story was originally published in April 2017.