What Exactly Is a ‘Blue Point Oyster’? We’re Glad You Asked

To earn it, the animals must spend three months in the Great South Bay. 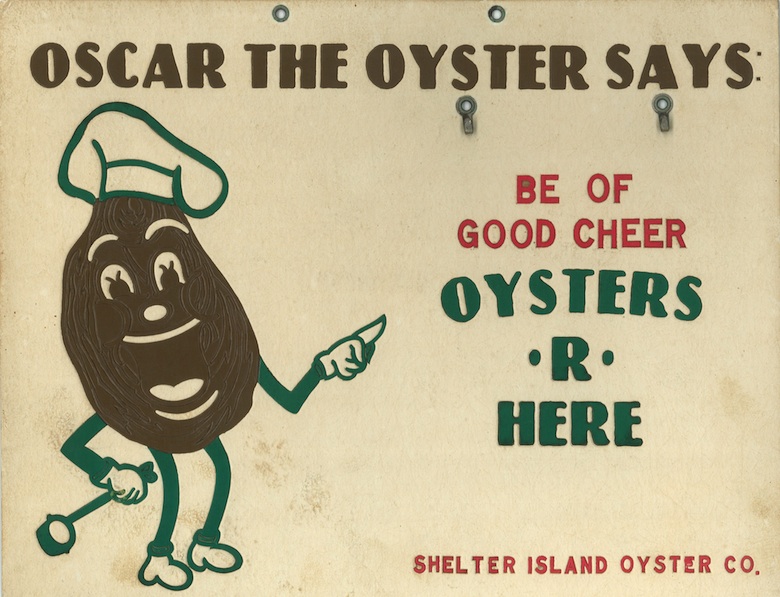 Does a Long Island Oyster by any other name taste as briny as a Blue Point? Perhaps that question’s answer begins with another question: What is a Blue Point oyster?

In New York, we fortunately have a statutory definition. In 1903, the New York Legislature decreed: “No person shall sell or offer for sale, any oysters, or label or brand any packages containing oysters for shipment or sale under the name of blue point oysters, other than oysters which have been planted and cultivated at least three months in the waters of Great South Bay.”

To further answer the Bard’s question about branding, we must disclose that there is a Long Island village called Blue Point, which is on the Great South Bay. According to Oystering from New York to Boston by John M. Kochiss, Blue Point yielded a natural set of oysters in the late 1800s, and seed from there was scattered all over the Great South Bay and the Peconics. Eventually, Blue Point oysters became a well‐ known brand. This was in an era when oysters were commonly consumed, not only in bars and restaurants, but also at home. Oystermen have told me that, 100 years ago, people on the East Coast ate more oyster meat than beef. Look at a cookbook from 100 years ago, and you’ll find six or eight pages of oyster recipes.

Thus branding an oyster became very important. There is a marine version of the term “terroir,” so brand names for oysters were necessary and ubiquitous. As any oyster grower will tell you, my oyster tastes better than yours. So to ensure that your clients are only consuming the best tasting oyster, i.e., yours, growers began attaching names to oysters, even though every oyster grown on the Atlantic and Gulf coasts of North America is the same species.

However, the brazen Connecticuters defy New York statute and some growers there use the name Blue Point.

So it is a little confusing.

Currently, many oyster growers on Long Island, including myself, try to avoid the name Blue Point. Chris Quartuccio of Blue Island Oysters in Sayville (a mere oyster shell’s throw from the hamlet of Blue Point) sells both Blue Point oysters and Naked Cowboys. “When I started my business 14 years ago, the Blue Point oyster was priced lower than other Long Island oysters with different names.” While Blue Point is a world‐recognized brand, growers can often get a better price with a different name, even though they may legally (in New York, forget the Connecticuters) have the right, if their oysters have spent three months in the Great South Bay, to call them Blue Points.

Everyone knows Mr. Peanut, who was born in 1916 and still hawks peanuts in television commercials today. But who remembers Oscar the Oyster? Oscar appeared in print ads, on playing cards and even recited catchy jingles on the radio.

Royal Toner, owner of the largest oyster farm and cannery in Greenport from the 1920s to the 1960s, was the genius behind Oscar’s jingles. Toner was the oyster star of his day, bringing FDR at the White House his September 1st season opening oyster. Toner hung out with Broadway show girls and Julia Child prepared meals at his Cherry Hill estate where Toner raised his own beef, chickens and grapes, not to mention an entire bay full of oysters. Royal Toner marketed his oysters under the brand name Sea Pure, since his oysters came from the Connecticut estuaries and he grew out in Gardiner’s Bay and Peconic Bay.

The Sea Pure oysters never imbibed the waters of the Great South Bay, so could not be called Blue Points. Even though the designating statute does not specify a punishment, Peconic Bay growers are leery of knocking off the Blue Point moniker.

But do I want to jazz up the staid old name and call those Great South Bay spats Bleu Pointes? After all, the French are the kings of the oyster world.

Like I do every year, I bought seed in June from the Great Atlantic hatchery in Islip. Situated right on the shore of the Great South Bay (Sandy walloped it and the town privatized the operation three years ago), the hatchery pumps giant volumes of water through its breeding and nursery tanks. Since it takes more than three months for the egg and sperm to unite and grow out to one millimeter, the size I buy, I could maintain my legal status, in New York, and call my oysters Blue Points. We have a new 10 acres of bottom in Gardiner’s Bay and need a name for those oysters. But do I want to jazz up the staid old name and call those Great South Bay spats Bleu Pointes? After all, the French are the kings of the oyster world; and, if the Obama administration ever resolves its oyster war with the EU, perhaps I can ship my animals to France one day.

As I write, the soft light of dawn is breaking through yonder window, just as the envious moon did last night. It is the east and my Gardiner’s Bay Bleu Pointes are the sun.

This story was originally published in October 2015.