Local Rosé in a Can Is About to Become a Reality

In a world where people are still adjusting to screw caps on wine bottles, the folks at Bridge Lane in Mattituck are willing to push the packaging a little further. 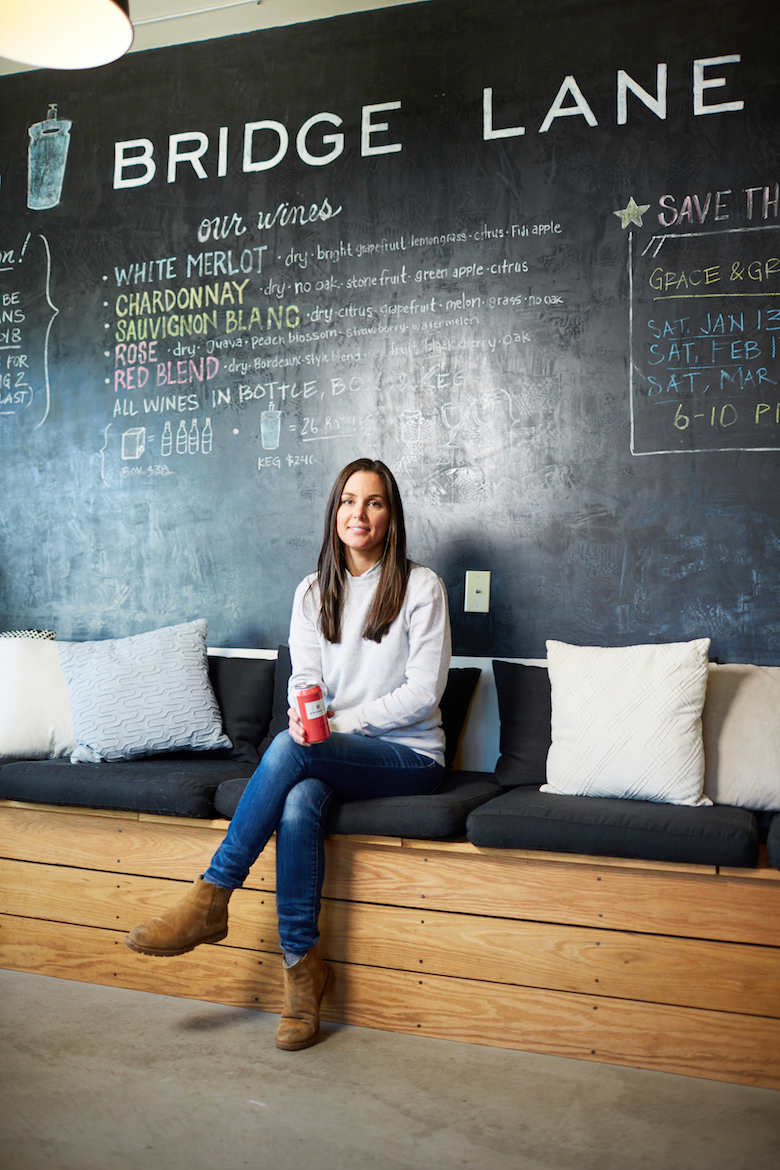 Ami Opisso of Lieb Cellars inside of the Bridge Lane tasting room in Mattituck.

In a world where people are still adjusting to screw caps on wine bottles, the folks at Bridge Lane in Mattituck are willing to push the packaging a little further. This summer be prepared to see wine in cans in retails shops, on offer at happy hours and in the coolers of beach goers and boaters. Canned Long Island wine is hitting the market in a big way and demand is growing.

In late January a canning line for hire was chugging away in the back of the massive (by Long Island standards) production winery Premium Wine Group, at the corner of Cox Lane and the North Road. Cans with a Bridge Lane label that hold 375 milliliters, the equivalent of two glasses, were getting a dose of nitrogen, a filling of a fresh tasting red blend, then another squirt of gas before a pop top was clamped on. Workers grouped them in fours before applying plastic rings and filling a box that would normally accommodate a case of beer. Half of those cases have already been sold.

“We distribute in 10 states,” says Ami Opissio, general manager of Bridge Lane and Lieb Cellars, which are both made at Premium. “And we already have orders for half of our initial run of 39,000 cases. The salespeople are clamoring for it.”

Alternative packaging is a Bridge Lane thing. In 2014 they began to sell boxes of wine that hold the equivalent of four bottles; disposable kegs that hold 26 bottles came next. Cans presented another option. “They’re lightweight,” says Opisso, “don’t need a tool to open, and they chill really quickly. Besides our winemaker is a boater.” 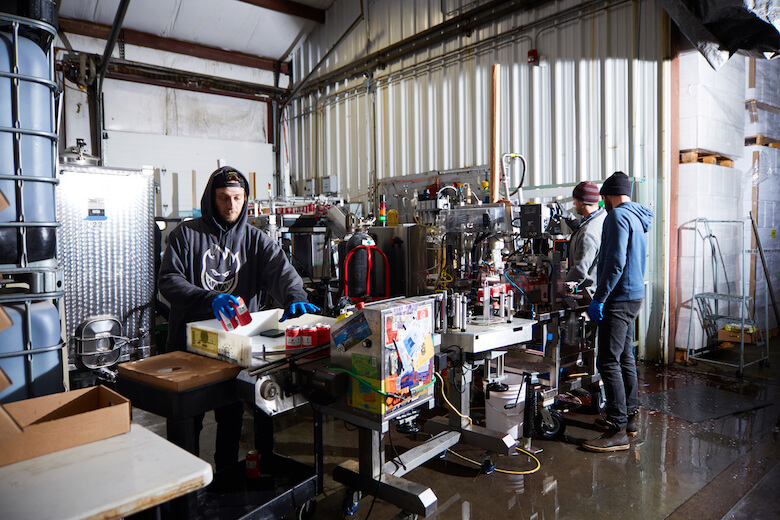 Veteran Long Island winemaker Russell Hearn, who makes the wine for Bridge Lane and Lieb and is a part owner of Premium, gladly took on the project of making the wine as long as Opisso figured out the logistics, not a simple task. It turns out only one company makes regulation-size cans. (Federal law states wine can only be sold in metric measurements: 375 and 750 milliliters, etc. Go figure.) And wineries have to buy a pallet at a time. The can company also tests how the wine affects the can’s interior, before they will sell to a winery. Opisso then had to find another company that would apply the shrink labels.

A trial run last year, when the cans were only sold in the tasting room, proved Opisso’s hunch correct. Their five varieties, a red blend, chardonnay, sauvignon blanc, rosé and white merlot, sold out fast. Now, she says, it’s mostly restaurants reaching out, including Lucharito’s in Greenport and at their new smaller place in Aquebogue. The restaurants will probably price the cans in the same range as Bridge Lane’s tasting room, where they go for $9. “Don’t forget,” says Opisso, “that’s for two glasses.” Suggested price at a retail shop is $7.99 per can.

And the wines are good. The red blend, which will vary from year to year, spends some time in oak, and like the other varieties, is made to be drunk young and fresh.

Since Opisso went ahead with the project, she says six other Long Island wineries have asked about it. “It’s time,” she adds. “I can’t believe we’re still talking about whether people will accept screw caps.”