How Do Oysters Celebrate Valentine’s Day? We’re Glad You Asked

Always dream of raising your own oysters? SPAT (the Suffolk Project in Aquaculture Training) has got your back. 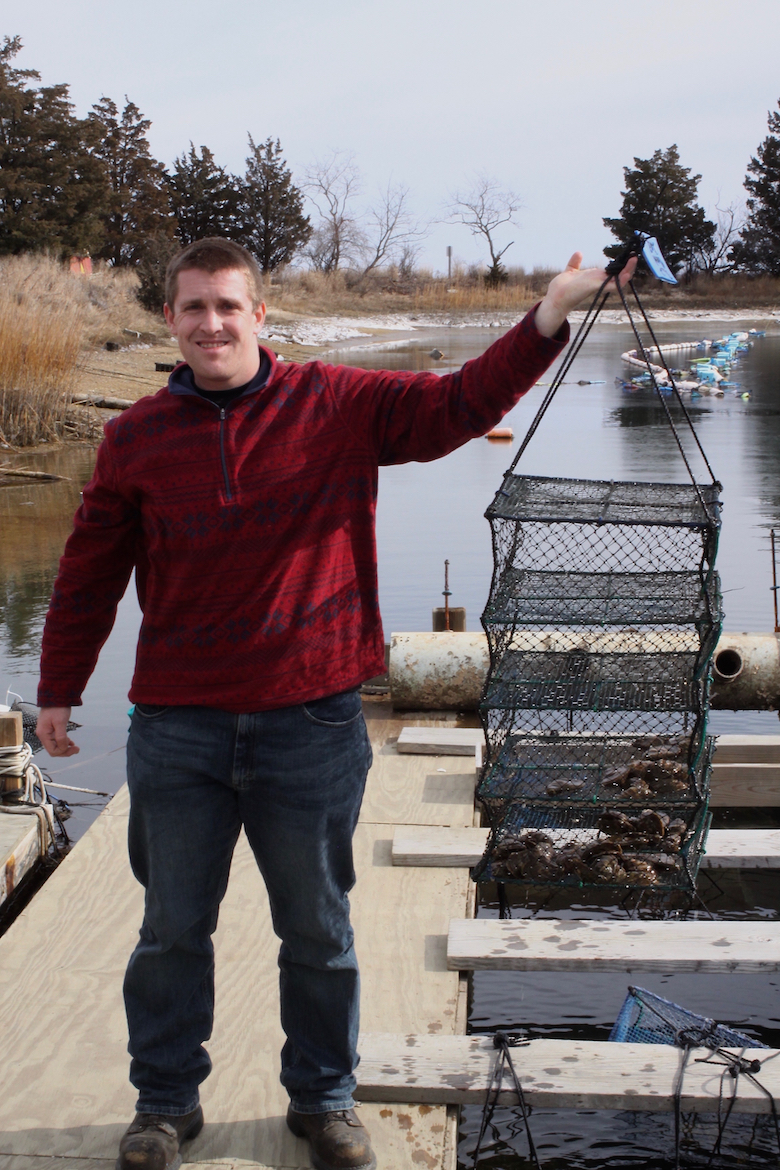 My friend Elena told me she and her husband Tom grow their own oysters at home in Noyac. Their backyard is Peconic Bay. “You grow your own oysters? I love oysters,” I said.

“We’ve been involved with SPAT for almost 14 years,” she replied. “Tom’s brother Al heard about the program and together they joined.”  Of course I was intrigued and wanted to learn more.

Kim Tetrault, Community Aquaculture Specialist, runs an oyster hatchery under the aegis of the Cornell Cooperative Extension Marine Program in Southold. It costs $150 to become a SPAT (Suffolk Project in Aquaculture Training) member. Kim and his merry band of volunteers will teach you to be a Master Shellfish Gardener. You get one year of lectures, SPAT mailings, training, and use of aquaculture gear and community hatchery operations, access to your own oyster garden growing site at Cedar Beach Creek, and 1,000 seed oysters—approximately two coffee mugs full. Members get to keep 100% of your oysters, and are able to join aquaculture training on Monday, Wednesday and Friday, 8:30am to 12 noon. 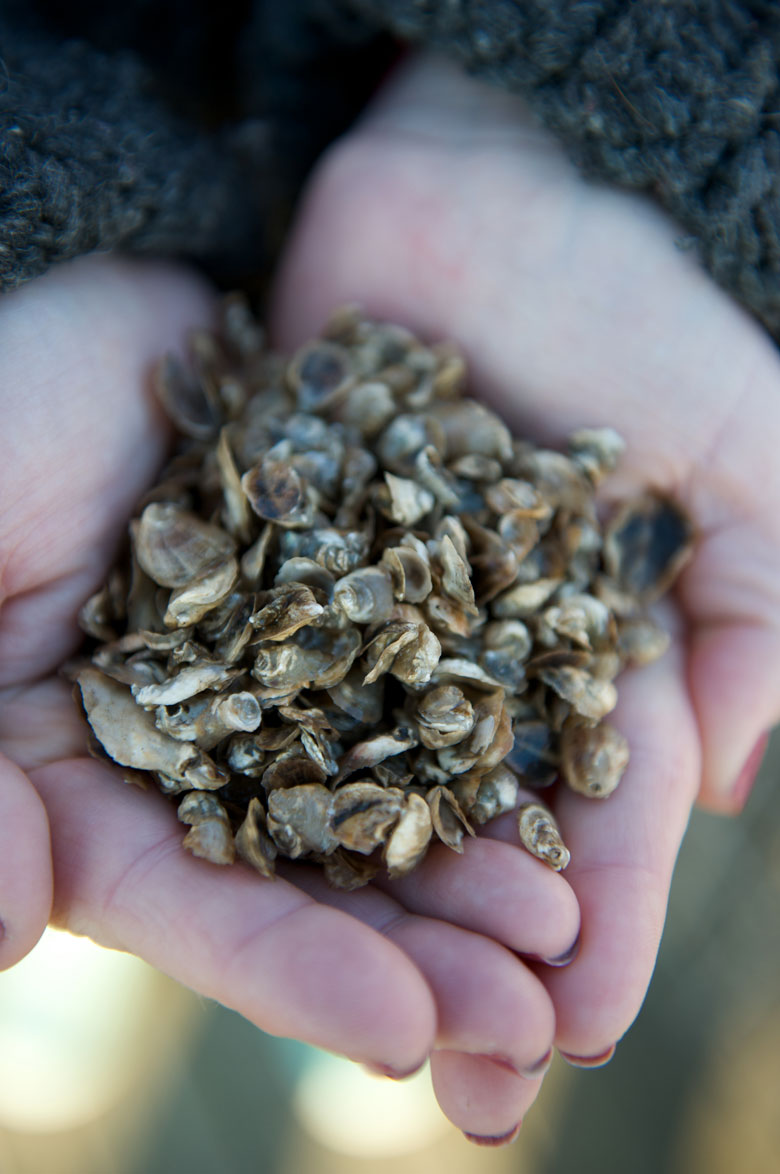 Spat is also the term for newly settled shellfish seed, or baby bi-valves. Oysters are ready to eat when they’re from 18 months to two years old, depending on conditions. Like wine, oysters are named for terroir or merroir, that is the body of water or geographical area they are grown— Wellfleet, Montauk Pearls, Bluepoint, etc.

Sometimes on Valentine’s Day the volunteers at SPAT do a special celebration. They play romantic Barry White music, light a candle and float a rubber ducky, a symbol of a fertility god, as they raise the water temperature of the brood oysters to 25-degrees Celsius, so the oysters will think it’s time to spawn. The volunteers giggle like a bunch of kids. “Has it happened yet?” “Are they doing it?” They watch expectantly for the male oyster to release his stream of sperm and for the female to respond by opening her shell and emitting a cloud of eggs. “In a couple of hours, you can see, (only under a microscope) fertilization taking place,” Roxanne said. It looks like time-lapse photography when a flower opens its petals in slow motion. In nature, sperm is broadcast through the water, but in the hatchery it’s controlled. 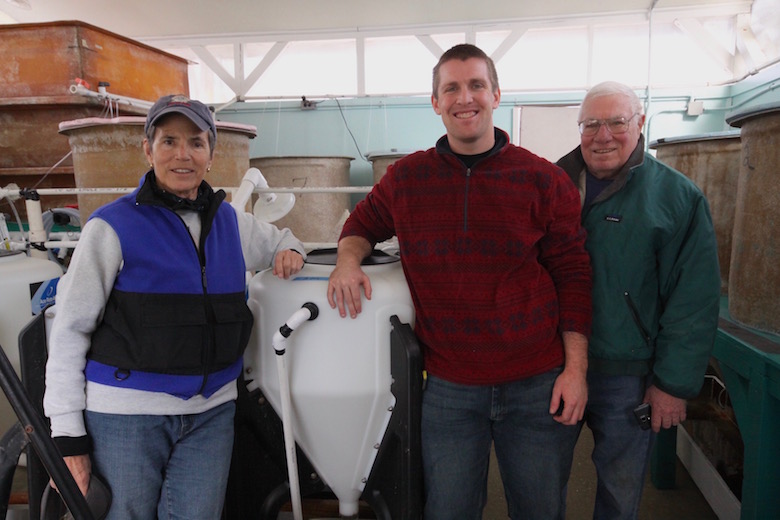 The fertilized oysters are fed a special diet of nutrient-rich algae to promote growth and good oyster health. The kind of algae they consume changes depending on the age and the size of the oysters and where they are in their development.

Volunteers Karen, Armand, and Tyler conducted my tour.  Tyler showed us his father’s oysters that he is helping to grow. Jan and Roxanne provided more information. They spoke to me in lay terms and were very patient explaining oyster husbandry. They call themselves “Citizen Scientists,” a perfect description. They are knowledgeable and intelligent, with a good sense of humor. Roxanne, in her spare time, works as a Master Farmer in the Edible School Garden project on the East End.

“So how do these oysters taste?”  I asked.

“To me, the perfect oyster has a delicate, briny taste reminiscent of the sea,” said volunteer Armand. “What makes oysters interesting is that they vary in flavor based upon the location where they are grown.”

“The oysters we grow are usually nice and plump and are not too salty,” said Jan, another volunteer and oyster aficionado. 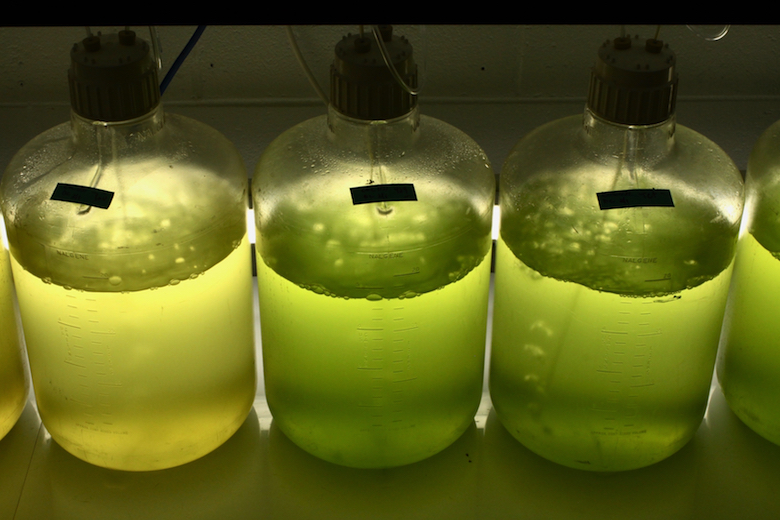 The oysters feed on algae. • Photo by Michael Pateman

So this July, when the SPAT program kicks in for the season, I might ask for a membership as a birthday present. I enjoy sitting at the bar at Bell and Anchor in Sag Harbor on a Sunday night when they offer a special of $1 Montauk Pearl Oysters. Eating oysters is a sensual experience—the taste of the sea, the slippery, silky texture. My membership in SPAT would make eating oysters more affordable so I could buy better wine, like a nice Paumanok Chenin Blanc.

“Back when I started the SPAT program in 1999, I thought I was trying to restore oyster populations,” said Director Kim Tetrault. “Now I realize that I am trying to restore quality of life for community members.”

Think about becoming a participant yourself. Or maybe this Valentine’s day give a loved one a membership to SPAT. You’ve heard oysters are an aphrodisiac. Go for it. You’d also be helping to keep our bays clean.

This story was originally published in February 2017.