The East Hampton eatery wants you to demand the impossible from your food—and they’re ready to deliver. 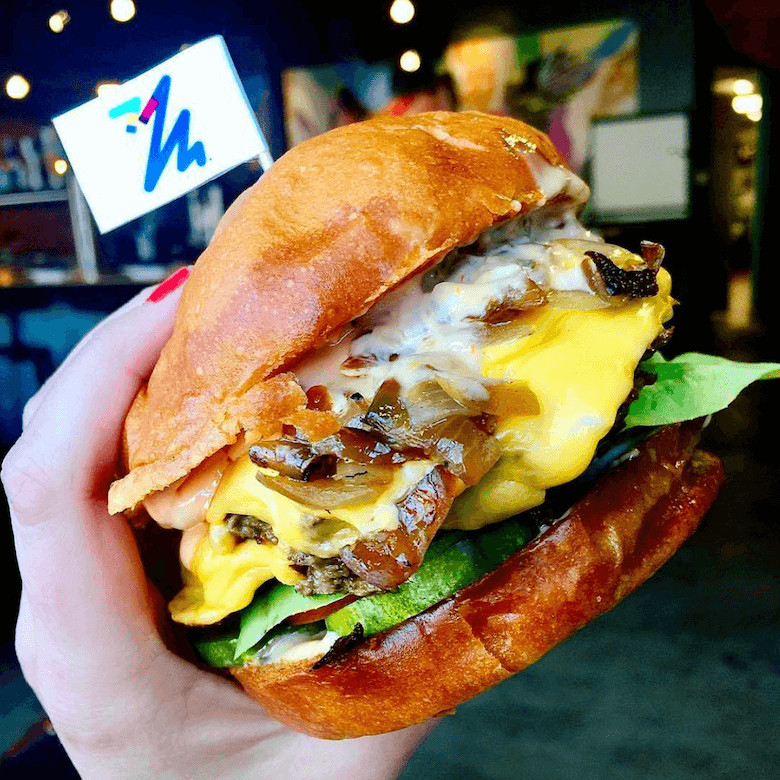 It seems impossible that a meatless burger should look and taste this much like the real thing. • Photo courtesy of Impossible Foods

In the current culinary atmosphere of kale smoothies, chia puddings, and coconut milk coffee creamer, is there room for meat? That’s a question many of us have been asking ourselves, especially as fellow foodies—I’m looking at you, Mark Bittman—decry the environmental impact of enthusiastic carnivorism. A diet high in animal protein is linked to heart disease, high blood pressure, and other physical maladies. But it’s also linked to environmental degradation, due to cattle land use and resulting methane gas. The raising, killing, and processing of meat uses a ton of natural resources and increases the carbon footprint. Which begs the question: What’s a modern day meat-eater to do?

Well, Impossible Foods, a California-based company, is attempting to shift the model of American eating. This nascent company produces an “Impossible Burger,” a “meat” patty made from soy roots, coconut oil, and wheat protein, which is a competent facsimile of the real thing (bye, bye, Boca Burger). Until recently, the burger was really only available in urban areas, like the City. But Mark Smith, co-owner of the Honest Man Restaurant Group, has recently added it to his menu at East Hampton’s Rowdy Hall.

Smith first came across the burger at the Bowery restaurant Saxon & Parole. “I was with a friend of mine who has been a vegetarian forever,” he says. “I was never one for food that pretends to be another.” But Smith was pleasantly surprised. The burger won him over. “When he got it, I said: That looks like a burger! It had that crust on it as if you had seared it. It had that gray exterior. When you cut it in half, it actually looked like meat. I went home, googled Impossible Burger, and called them.” At that time, Impossible Foods did not have the means for mass distribution. This year, when they teamed up with Dairyland, Smith revisited the idea of bringing the Impossible Burger out east.

Rowdy Hall is proud to support @impossible_foods, with the addition of the new Impossible Burger!! 😍🌱💥🎉😋💃 100% plant based it's not only good for you it's good for the environment too! Now that's something to celebrate! #impossiblefoods #impossibleburger #goodeats #goodfood #yumm #newandexciting

What makes the Impossible Burger possible? That would be the protein molecule heme. Heme, which is responsible for the meaty taste of meat, is also present in soy roots. Impossible Foods grows this heme in yeast and extracts it. They then combine it with other ingredients to make an approximation of a burger—a patty that arrives frozen and with a relatively short shelf life.

The Impossible Burger joined the Rowdy Hall menu line-up in mid-November, as a menu special. It sells for $19, several dollars more than the beef burger. The product itself is 3.5 times more expensive than ground beef—but the off-menu presence allows servers to tell the story of the burger to their guests. The Impossible Burger will become a permanent fixture soon and has already developed a following among those in the know.

As for the feedback, it has been positive. Smith believes that the burger appeals to those who enjoy meat but who don’t want to eat it every day, or who want to make a better health or environmental choice. Additionally, the presence of the Lone Star tick—the bite from which causes sufferers to develop an allergy to meat protein—has created a new demand for meat that isn’t actually meat. “They find it’s a good alternative to a hamburger,” Smith says of his clientele. “I think it has been pretty well accepted.”

Of course, I had to try it myself. Rowdy Hall’s Impossible Burger comes seared on a sesame seed bun, with iceberg lettuce, tomato, fried onion, and a side of ketchup. Cheese is available, too, though I went without. The texture is like a softer version of the real thing, and the center is pink, with the flaky consistency of a good brisket. Would a fanatical burger eater know the difference, if given the Impossible in a blind taste test? Maybe. But one thing is for sure: The Impossible Burger is as close as a vegetarian (or discerning meat-eater) can get to the real deal.