A Taste of the East Arrives in East Hampton

Asian Night at Highway Restaurant & Bar is an early holiday gift to the entire East End. 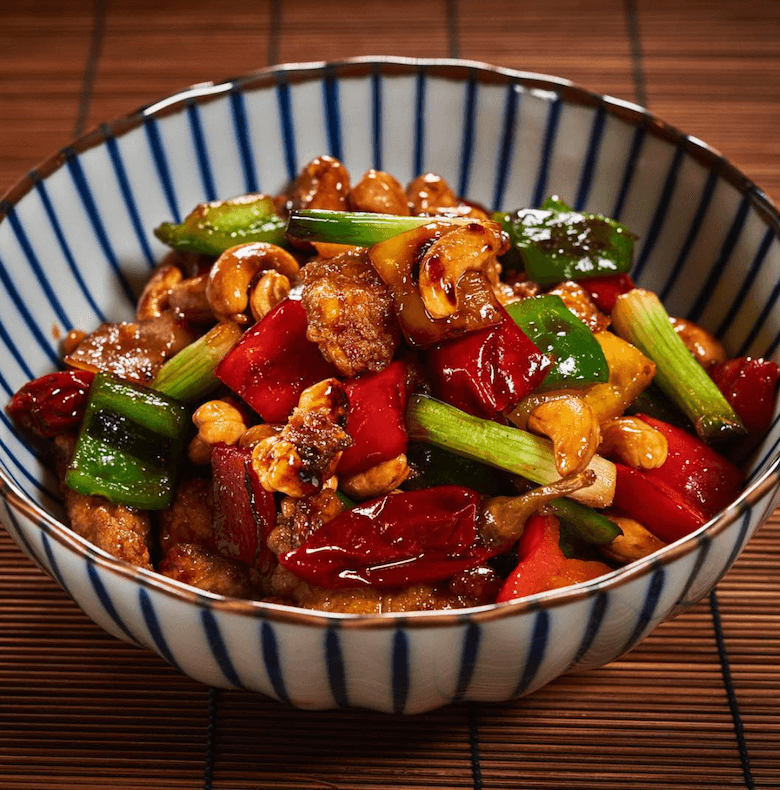 Here’s what I don’t miss about living in New York City:

And here’s what I do miss: Asian food.

Those who have made the diaspora, as I have, to more suburban pastures have learned the hard way, as I have done. Eastern Long Island can be an ethnic food wasteland.

Cue the local chefs, who are aiming to correct that unfortunate reality. Cue, for instance, Justin Finney, the chef d’cuisine at East Hampton’s Highway Restaurant and Bar, who has made it his culinary mission to fill a hole in the Hamptons.

It started with Thai Night, which has undergone several incarnations over the past two years. The meal was, in its inception, a prix fixe affair, with culturally accurate representations of Northern and Southern Thai food. In November, Finney decided to rebrand his Thursday Thai Nights as “Asian Nights,” with a nod to major Asian flavor profiles. His new menu invokes China, South Korea, North and South Thailand, Japan, and Malaysia.

A green mango and papaya salad reminded me of a trip to Thailand—back when I was still single, childless, and traversing the planet. Like the most important dishes, it triggered in me a certain nostalgia: Thai street stalls and smoke, boundless humidity, cold Singha sold by the liter. In Thailand, papaya salad can work up an uncomfortable sweat, but Finney’s is just spicy enough, tempered by rich peanuts (oh, the sweet relief of fat), palm sugar, and cilantro.

On a chilly November night, it was impossible to resist the Thai jungle soup (so I didn’t). In a broth made from chicken and pork bobbed poached, tailless shrimp, two perfect gyoza (stuffed with water chestnut, ginger, and chicken thigh), several knobs of ginger, kaffir lime leaves, shallot, tomato, and lemongrass. Perhaps an ordinary eater would have stopped right there, at the end of the appetizers, but I soldiered on. I had tried Finney’s playful rendition of Peking duck a few weeks earlier, with its confit of leg meat, slathering of hoisin, paper-thin pancakes, and julienne of cucumber and scallion. So it was on to the curries, which feel like an homage to Asia.

Thai night is back tonight! Here is our yellow fish curry with bell pepper, lemongrass and kaffir lime- and spice, of course 🌶 #spicy #thainight #thursdayevening

Fresh, local striped bass is poached first in a reduced fish and crab stock and is then added to the kaffir-heavy yellow curry. Punctuated by toothsome cubes of red bell pepper and celery, there is a pointed accuracy in the dish, a love letter to a distant place. Chicken curry featured both light and dark meat—one poached in coconut milk, the other not—as well as Thai eggplant, basil, and a bright green curry. Finney brought a condiment tray and three demitasse spoons: fine sugar, fish sauce with green chiles, a homemade hot sauce featuring local peppers. Perhaps the finest condiment was a plate of snappy Napa cabbage kimchi, fermented in house and paired with pliant sticky rice.

It’s a relief to take a step into Finney’s world, where, on select Thursdays, common pantry items are replaced with gochujang, galangal, turmeric, palm sugar, fish sauce, and more. For those of us who expatriated ourselves, willing the city away, it’s refreshing to know that there are chefs with the vision required to bring metropolitan food to us. We are transported, willfully and thankfully, into a world of our chefs’ making. If the East End is not yet a culinary destination when it comes to ethnic cuisine, here’s hoping that one day it will be.