In Greenport, CAST Feeds a Community

Meet the organization working to feed the most vulnerable members of our community. 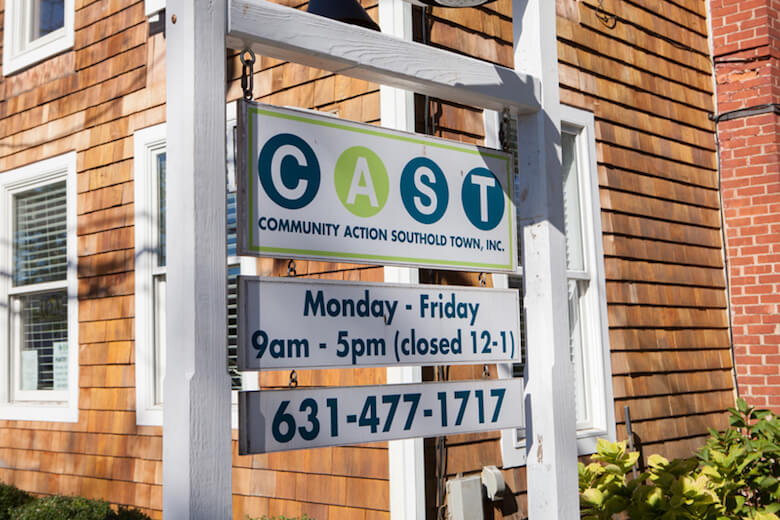 Community Action of Southold Town works to feed the most vulnerable members of our community.

It’s that time of year when most of us are thinking about what to give our friends, family and colleagues. Many of us may also be thinking of giving to causes we support or charities who serve those in need. Let’s remember that these organizations are often right next door, and require support all year—not just during the holidays.

Community Action Southold Town (or CAST, for short) has been serving Southold residents since 1965.  Founded as part of President Johnson’s nationwide War on Poverty, CAST receives a small amount of its funding from Southold Town and the Department of Social Services, but the majority of its financial support comes from local individuals and businesses, as well as from grants. This year, from January through September, their office in Greenport received just under 8,000 visits. With just 2 full-time and 3 part-time staff members, the organization offers case management, signing folks up for benefits, healthcare, and energy assistance. In addition to a sharing room and food pantry program, CAST offers classes on computers and English as a second language, workshops on topics like canning, immigration, and domestic abuse, and a pre-literacy program for families which includes home visits.

The food pantry program is supported by grants from Long Island Cares and Island Harvest and local donations from individuals, businesses, and farmers.

“The community is so supportive,” said Executive Director Cathy Demeroto.  “Harbes called us up and said, ‘We have all this corn.'”  Sang Lee, Seps, Lathams, Krupskis and other local farms often donate excess produce during the growing season. A program called Gert’s Greens was started by the family of Mattituck resident Gertude Lenahan in her memory in 2014. With the help of grant funding, the program helps reimburse farmers for some of the produce provided to the pantry.

There is need, no matter the season. In the winter months, seasonal workers may be out of work and vulnerable. In the summer, kids are out of school which means they aren’t eating as part of the free or reduced lunch program. CAST provides a special food program for those families over school vacations.  Three years ago, they were serving twenty-five to thirty families, but now that figure is closer to fifty.  Colleen Cummings, who manages the food pantry program, said, “It’s hard to get people to walk through the door, but once they do, they come back. It’s really fun here, and you get free stuff!” 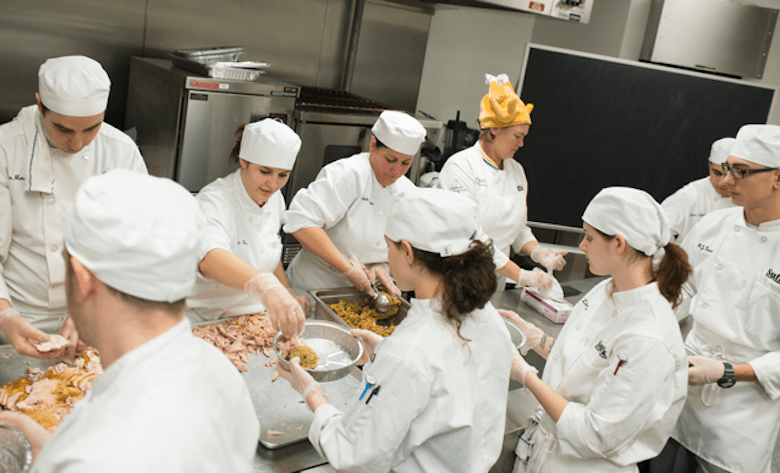 There is no proof of income or need required to be part of the food pantry program. Folks can come twice a month and get a bag of staples. The market, which has produce, baked goods and other perishables, is available anytime CAST is open (Monday through Friday) and people can come as often as they need. In the sharing room, you can give or take clothes, shoes and small household items. In addition to several summer and fall food drives, CAST collects and distributes school supplies at the end of the summer and organizes a holiday toy drive. They also provide an emergency fund that can be used as a last resort to pay utility bills, rent or medical expenses to anyone in dire need.

“The North Fork is seen as affluent, but there is a need that’s often invisible. And it’s often people you see every day,” said Ms. Demeroto. This year, for instance, CAST served over 200 Thanksgiving dinners cooked by Suffolk County Community College students at the A.M.E. Zion church in Greenport.

Look for CAST donation barrels or tables at the Marketplace in Mattituck, King Kullen in Cutchogue, and the Southold and Greenport IGAs. Household items like soap, toilet paper, and toothpaste are always needed, as those essential care items are not covered by food stamps.

Given their small staff, CAST is always looking for volunteers and can use help at all times with all types of tasks. They are seeing a larger population that is vulnerable lately, and more coming in for help than going out.

As part of its mission, CAST also provides tutoring, advocacy and referrals. For all they do, they are looking to move to a bigger space in the future. Cash donations are always helpful, as is planning to plant a few extra rows in your garden to give away.