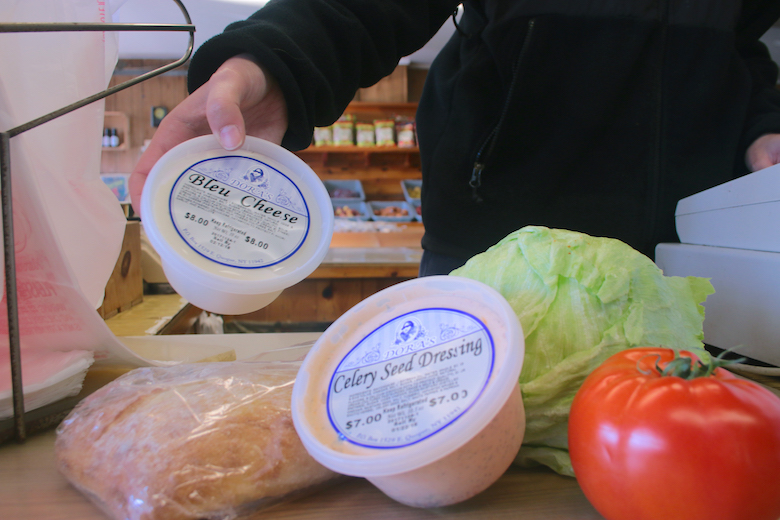 It’s true: Westhampton can get a bad rap. It’s west of the canal, for some a line they cannot cross. It’s got beautiful beaches, bays, inlets, farms and farm stands. It’s got smaller homes clustered in the village and monsters on Dune Road. But the perception of glamor is not there. Westhampton and the incorporated village of Westhampton Beach (can) make further east people feel better about themselves. But who cares!

My family came out to Westhampton and its tiny neighbor Quogue from the time I was young. We stayed in a rented two-bedroom cottage, spent the days at the village beach and in the evenings cooked s’mores over a campfire in what then seemed like a football field of a front yard. I live in Quogue now and really, not much has changed. Unlike East Hampton, where I used to live, and Southampton, no roads have been widened, no traffic lights added and vintage restaurants abound. Casso Basso, in western Westhampton, still has an improbable statue of conquistador to greet you at the parking lot’s entrance. Villa Paul, in nearby Hampton Bays, still has the wooden panelling of a cabin and serves mint jelly with its lamb chops. The Patio on Main Street has an updated barroom, but the covered flagstone patio is still the same as when my great aunt Mimi took me there for Crab Louis and the original iteration of Green Goddess dressing.

“When the restaurant closed, former customers started to bug him, says Price. ‘They missed the dressings, and I realized I still had customers.'”

Westhamptonites can still get a taste of that time with a salad dressing only available in Westhampton and East Quogue made by Steve Price, once the owner of Dora’s, a continental restaurant on the corner of Montauk Highway and Old Riverhead Road. The 50-seat spot was open from 1981 until 2003 and was a regular stop for families after they drove out for the weekend, (it only takes an hour and a half from the city) or a spot for Saturday night.

Price has some substantial west-of-the-canal bona fides. He grew up in Hampton Bays where his parents were part owners of a motel. From 1959, the motel had what they called the American Plan; each room included breakfast lunch and dinner using mostly his mother’s recipes.

Price stayed in the business; he was the head chef and the late and lamented John Duck’s in Southampton for a few years before he opened Dora’s, named after his mother.

“We had Long Island duckling, steaks and chops. We had barbecue pork cap. I’d marinate and roast it, and then barbecue,” he says. And the house salad came with a choice of housemade dressing, blue cheese, celery seed, thousand island and Spanish olive.

When the restaurant closed, former customers started to bug him, says Price. “They missed the dressings, and I realized I still had customers.” 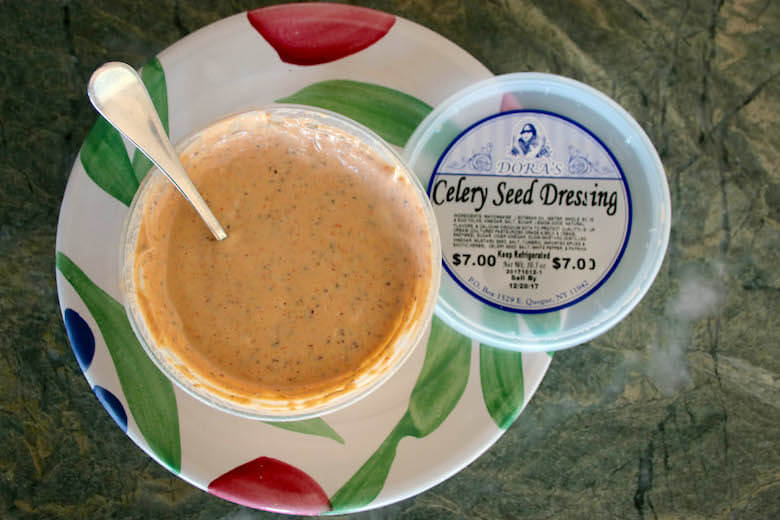 Dora’s salad dressings are available in just six locations on the East End.

So Price started making the two most popular—blue cheese and celery seed—in small batches to sell under the name Dora’s in only six locations: the Fruit King farm stand and Justin’s Chop Shop in Westhampton Beach; in East Quogue, Hamptons Fruit and Vegetable farm stand, across from the 7-Eleven, and Village Prime Meat Shoppe, which everyone calls Sonny’s; the Farmers Market farm stand across from the Westhampton Motel; and Fruit King’s sister farm stand, Olish’s, in Eastport.

“We have the same people who come in religiously,” says Mike Mattera, who runs Sonny’s, with his dad, Sonny. “They buy two or three at a time and bring it back to the city. We love it. It’s fresh ingredients; like, something you’d whip up in your own kitchen.” 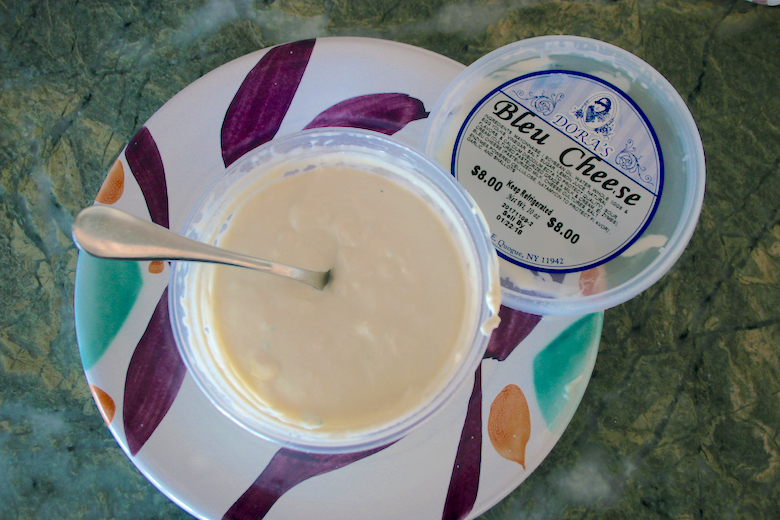 This blue cheese is the kind you always wish you’re getting when you order a wedge salad.

How delicious is the dressing? I’ll tell you: The blue cheese sells for $8 for 10 ounces and the celery seed goes for $7, and people pay it! I’ve had house guests who remember my serving it the previous summer and ask for it again. The blue cheese is the kind you always wish you’re getting when you order a wedge salad. It’s got the crunch of shallots, a little sugar with a dash of vinegar to balance it out. The cheese is not too blue, and the chunks are not too small nor too big. It’s my favorite and Dora’s best seller. Price says he’ll eat it with a spoon. The orange celery seed is a cross between Russian dressing and the start of a bloody mary. It starts out sweet and almost fruity before the savory bitterness of the small seeds crack between your teeth. They both make good dips.

The lids on the dressing list the ingredients, but Price is not handing out his recipe. He’ll keep making it in five- to six- gallon batches to deliver once a week. Also on the lid is an old style drawing of his mother wearing a stole and cloche tight on her head. Now that’s glamour.