The talks will conclude with a panel discussion between Edwina von Gal, Rick Bogusch, and Scott Chaskey, moderated by Edible’s own Brian Halweil. 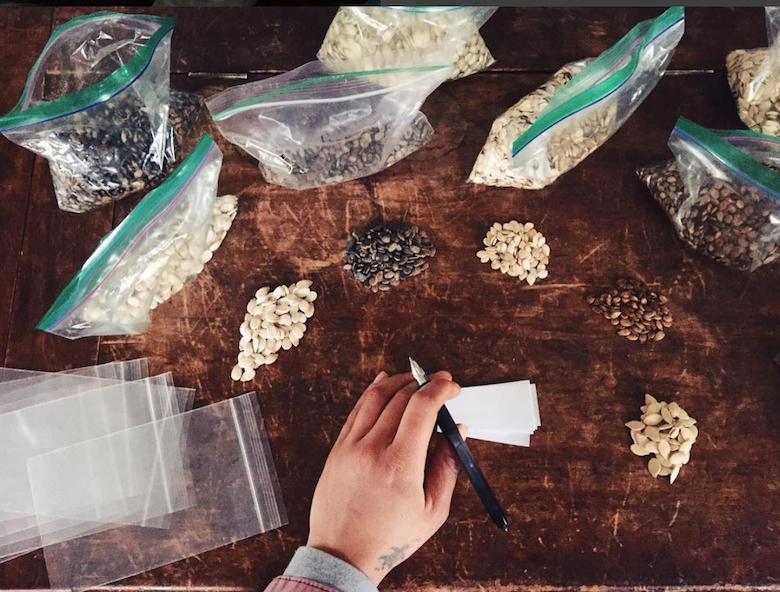 Just as a mom-and-pop pharmacy is a far cry from CVS, so too do family-owned farms compare to Big Ag. And just as that mom-and-pop pharmacy might have a unique, mindfully made soap or handcrafted wooden toy, that family owned farm might grow tomatoes that you can’t find anywhere else. It comes back to diversity, as it does across the board: diversity is healthy.

In the second year of the Hamptons Seed Exchange, farmers, gardeners, and community members will come together to share seeds. Adam Kelinson, who organizes the event, says that informal seed exchanges have been a part of farming communities for centuries, as people passed seeds down from generation to generation. But in the modern day, these kinds of exchanges take on a new meaning.

“It’s a response to the modern industrial agricultural system,” said Kelinson. “This is a response to preserve the diversity of seeds that were in existence prior to the monoculture method that’s used today.”

The seed exchange, in that sense, is more than just an opportunity to grow your garden. It’s a chance to grow and preserve the diversity of crops on Long Island.

“Diversity can be translated into a lot of things,” said Kelinson. “The strength of a financially backed portfolio is in its diversity. Look at it in a classroom. Strength comes from diversity, and strength comes in numbers. Seeds are the same.”

He says that diversity among seeds help to increase adaptability, which is crucial at this time in history when the planet is warming and the waters are rising. Diversity also helps to create strength in offspring, which, he says, is what seeds ultimately are. 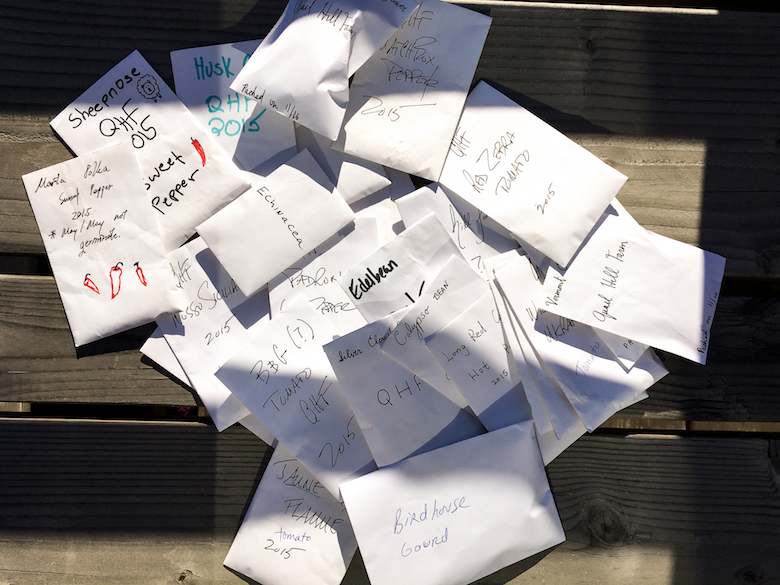 Diversity of seeds affects the food on our plates and at farm stands, but it also affects the bees and butterflies, it affects the oceans, and it affects our health. To elucidate how, Kelinson lined up a series of experts who will speak to seed diversity of land, sea, and air.

“The speakers are not just talking about seeds, but they represent the web that seeds are a part of and help create, especially in this small community,” said Kelinson.

Deb Klughers of Bonac Bees will talk about pollinators and their role in sustainability of the food system. Mike Martinson from Montauk Shellfish will discuss the role oysters, which can be seeded, play in the health of our local waters. Leyton Guenther will represent Quail Hill Farm, offering seed starting tips, and Elisheya Kaufman of the Heritage Grain Conservancy will discuss the importance of restoring heritage grains, and why modern wheat makes us sick. The talks will conclude with a panel discussion between Edwina von Gal, Rick Bogusch, and Scott Chaskey, moderated by Edible’s own Brian Halweil. The seed exchange will then be followed by a lovingly prepared Chef’s Benefit dinner, the proceeds of which will go to Project Most. The 6-course plated dinner, under the exposed beams of Scoville Hall, will include a menu donated entirely by local farms like Balsam, Quail Hill, Green Thumb, Open Minded Organics, Montauk Scallop Company, Montauk Shellfish Company, and Marder Family Farms. The diversity of the donors alone is a testament to the ongoing exchange that’s taken place on the East End for generations.

“Food brings people together,” said Kelinson, “and the seed exchange is a precursor to that in an agricultural sense. This is the cornerstone, where it all begins. If we can create an event around understanding the importance of food and the diversity of it, then that’s a natural place for the community to coalesce.”

The second annual Hamptons Seed Exchange will take place this Saturday, November 18 from 12 to 4 at Scoville Hall in Amagansett, and will be followed by the Chef’s Benefit dinner. For more information, go to https://www.facebook.com/events/451026358627241/.