How to Stay Small When Your Bakery Is a Big Success: Blue Duck Bakery Is Keeping it Real

Like the breads they’re beloved for, Blue Duck Bakery is rising. 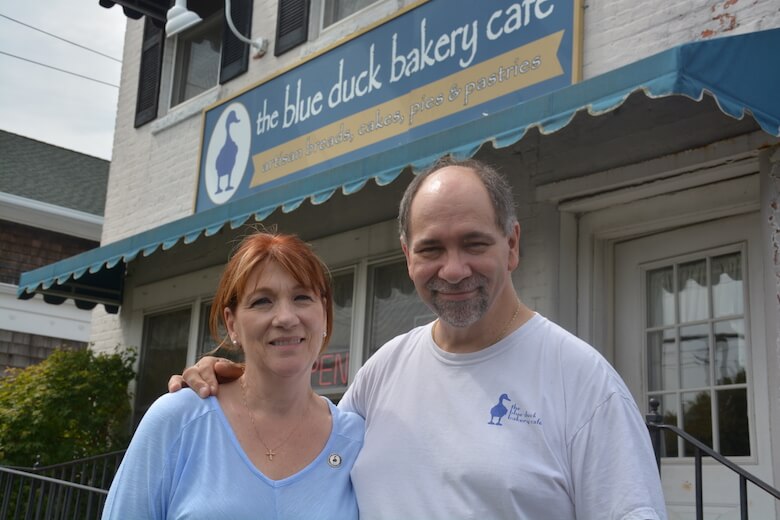 The bakery floor at Blue Duck Bakery in Southold is buzzing as usual on a Tuesday afternoon.

Ovens are baking, as dozens of hamburger buns come out toasty and brown. At the same time, workers make more buns with a semi-automated machine that pops small balls of dough onto a conveyor belt before going on a baking sheet.

Beautiful cakes are being decorated in another corner of the facility, while in yet another corner shelves of freshly baked bread are cooling off and awaiting packaging. Through all of this cacophony, owner Nancy Kouris weaves a path as she speaks to employees before making her way to the office upstairs. While everything is running like clockwork, Ms. Kouris indicates they are looking for a bigger space.

“We’ve been looking for a location with 8,000 feet, but it’s difficult to find that out here,” she said. 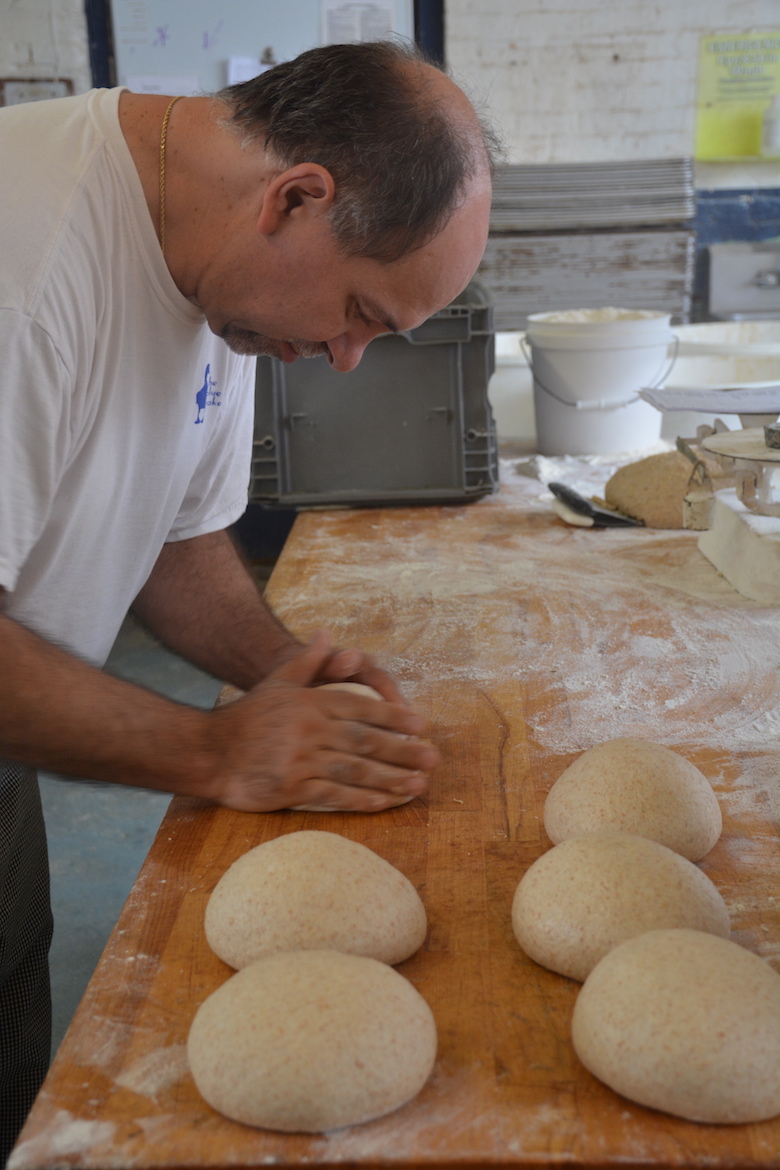 Keith Kouris making some of his artisan bread.

Owners Keith and Nancy Kouris would like to find a facility on the East End where they could consolidate both production areas into one physical plant. Blue Duck Bakery is dealing with a problem any East End business would love to face: Success.

“We would love to expand our retail into other local towns,” Mr. Kouris said. “We feel that’s what we do best, communicate with the local customer. We’re your neighborhood bakery which is what we always wanted to be and we want to expand our wholesale breads because that’s the way we’ve been going.” 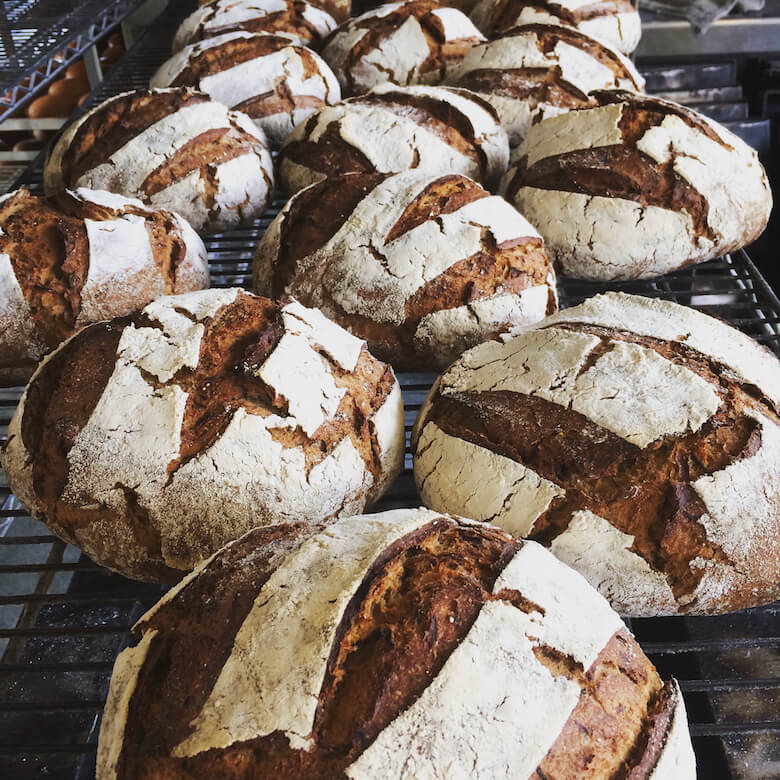 Loaves of freshly baked bread ready to go into the bakery shops.

18 years since opening their first bakery in Southampton, Blue Duck Bakery is now delivering to clients on the twin forks, up island, in Manhattan and parts of New Jersey.

The second-floor office sits atop the Southold bakery, which is sweltering at full capacity on this summer day. A hard-working air conditioner keeps the office cool, as the Kourises discuss Blue Duck Bakery’s future. Every few minutes an employee from either the bakery or store enters with a question or news of a pickup, such as when the Pridwin Hotel picks up their bread order.

Add to that the nearly 2,000 pies they make a week that go to markets and farm stands. Another lucrative contract is their hamburger bun deal with Zinburger. 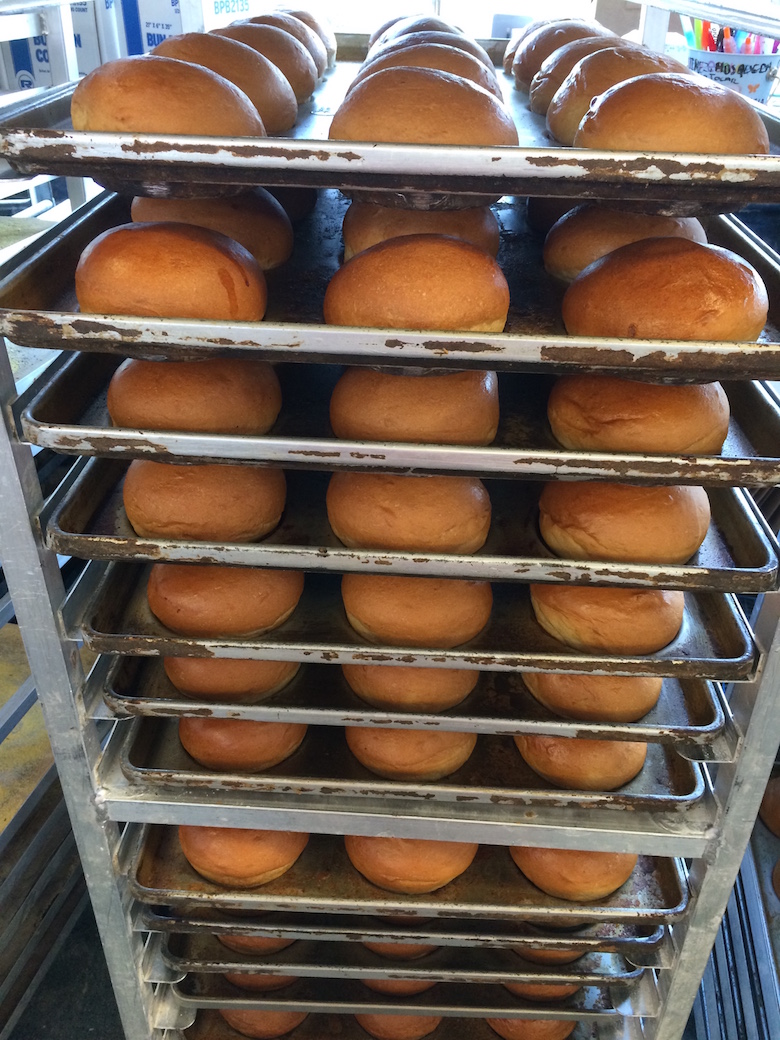 Racks of zinburger buns hot out of the oven.

“We developed an all natural potato hamburger bun for Zinburger,” Mr. Kouris said. “We do five of them in New Jersey, one upstate and one in Huntington. They plan to open more on the island and we’re their guy.”

Baking the buns is such a big job, nearly half the Southold bakery is dedicated to their production.

Yet even as the work pours in the Kourises still make time to experiment and try new things. Mr. Kouris is expanding more into artisan breads, using what he calls ancient grains like Teff, a flour that pre-dates wheat and Meteil, a mixture of wheat and rye flours.

“We get them from a purveyor that sources them internationally,” Mr. Kouris said. “Mills in Kansas and Nebraska are now planting that crop. While nobody locally is doing that yet, some places upstate are doing wheat flour and we’re trying to source that as well.”

Other grains they’re working with include spent grains, which are the grains used in beer making. 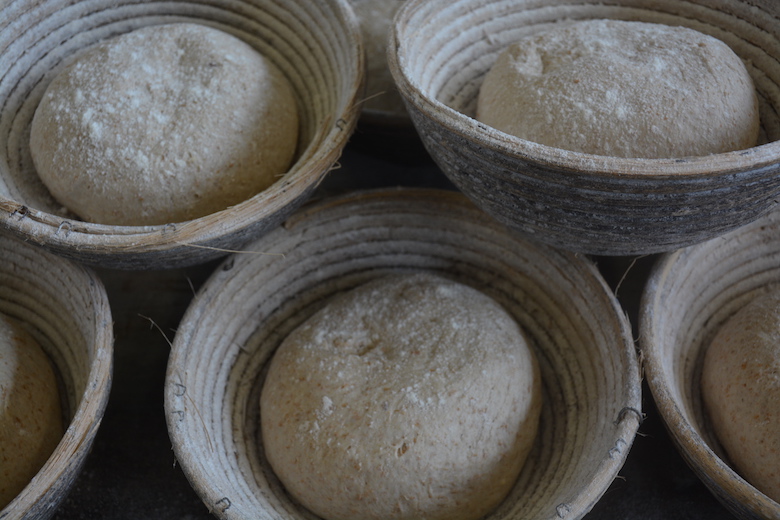 “I made a dark port bread with Long Ireland Breweries‘ spent grains,” Mr. Kouris said. “The bread was delicious, it had a lot of texture.”

Blue Duck Bakery is now in talks with Greenport Harbor Brewery to create a bread from their spent grains.

“We have a great core of employees that have been with us for years,” Mr. Kouris said. “We’re fortunate that way and that’s helped us get to where we are and we still hope to expand into other neighborhoods on the island.”

Ms. Kouris reveals that they frequently receive requests to open bakeries in many Long Island communities. 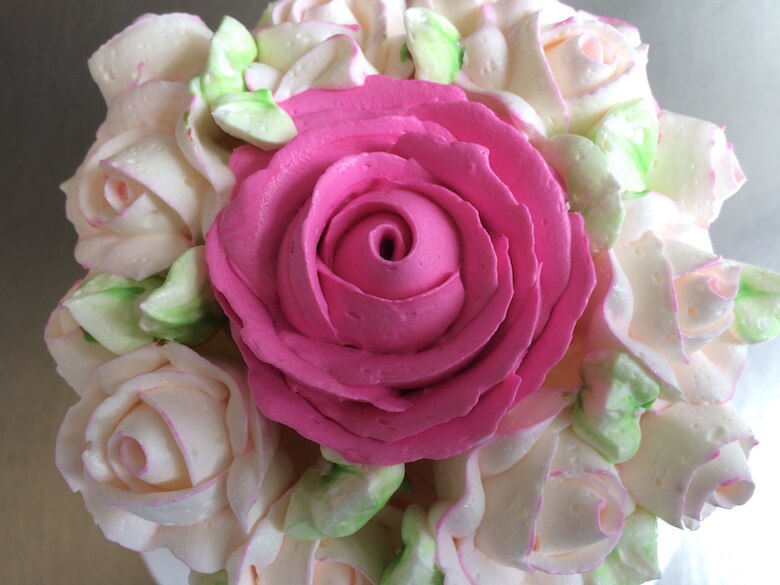 “We want to make sure that we’re still mom & pop,” Mr. Kouris insists. “Even if we eventually decide to franchise the store, it would still have that feel to it. We’re not looking to be Entenmann’s obviously.”

“I love the East End,” Mr. Kouris said. “We grew up in Lindenhurst which had a nice hometown feeling and we get that same sense out here. We like our customers, we have a tremendously loyal base of customers that appreciate what we do and we’ll go that extra mile for them. It’s who we are.”