Mix it up this fall and winter. 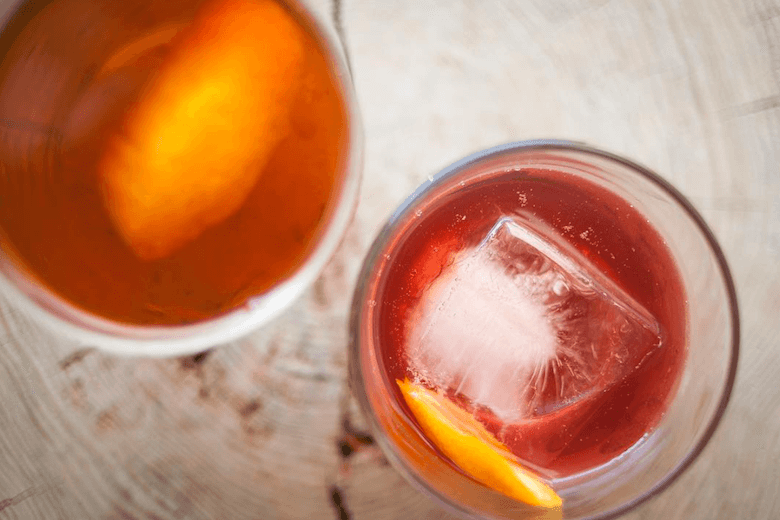 When you walk down the stairs to the bar at Brix and Rye, it does almost feel like you’ve entered another place and time. The basement bar is dimly lit and has no windows, so it’s easy to imagine that you’ve been transported to a different era and maybe even another location. And with his drinks, Evan Bucholz, Brix’s chief barkeep and part owner, can take you across space and time and give you a guided tour of the journey.

Bucholz is passionate about classic cocktails, and his changing drink menu reflects that. On any given night, you’ll find more than a dozen specialty cocktails listed, often with the dates and locations of their origin, and sometimes even the name of the bartender credited with their invention. Bucholz and his staff work with classic templates, like the old fashioned, daiquiri, and spritz, and sometimes update them with modern twists. The focus is on quality ingredients and preserving their integrity.

“Cocktails are a cool way to incorporate all the fresh produce we have access to out here,” said Bucholz. Last spring, he incorporated fresh sugar snap pea puree into a dangerously delicious concoction involving gin and green absinthe. In the summer, he’ll use fresh blackberries and raspberries in drinks, as well as making shrubs and vinegars to use throughout the year.

The cocktail menu represents different eras, from pre-colonial punch to tiki-themed drinks from the 1940s. Evan will give you as much or as little history along with your drink as you want. If you let him wax on, he will recommend books (Imbibe! and Punch by Dave Wondrich, among others), talk about the dark history of rum and its dependence on slavery, and tell you about the culture of punch drinking in early colonial America and its connection to the new, global citrus trade at the time. “Our drinks come from all around the world,” said Bucholz. “They reflect the place and time they were created. Spirits are so international, it’s a taste of a culture, of raw materials and people, and what they did it and how.”

As Bucholz will tell you, the current cocktail renaissance was born in the late 1980s, after decades of an emphasis on less taste and less calories, and a switch to more beer and wine drinking. “The classics are classic for a reason,” Bucholz said about cocktails. “People had been drinking this way for hundreds of years.” Using classic templates leads to changing and innovating, and some of the drinks at Brix are modern classics.  It’s not the type of extra stuffy speakeasy that takes itself too seriously, thinks it’s too cool, and refuses to carry vodka. The crew have fun and play loose with the classic recipes. They occasionally have theme nights where they take a classic drink like a Negroni or Manhattan, and make several different versions.

As is fitting for this old school type bar, Bucholz and his team keep their recipes in a vintage rolodex on the side of the bar, next to the barrel aging cocktails. Bucholz can also tell you the history of that word—cocktails—but I’ll let him tell you that story himself.