Where to Eat, Drink and Stay in Orient and East Marion

It’s time to talk about the East End’s Other End. 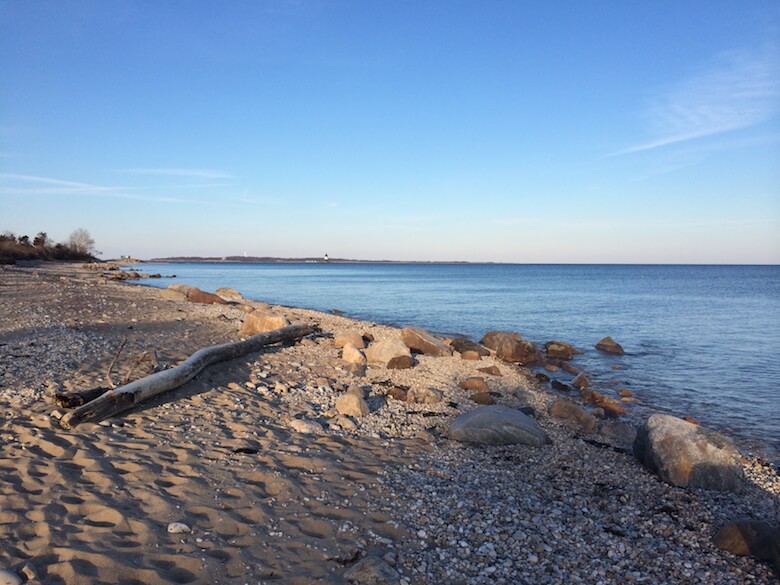 Everybody knows and loves The End. Now it’s time to explore the East End’s Other End: Orient.

As a Greenport native, East Marion and Orient are right next door to me, yet it still feels like a bit of a trip to get there. Orient is the North Fork’s end, and East Marion, the tiny hamlet preceding it on the way out east. You only go that way if you have a reason to, and while there aren’t many reasons, the few reasons that exist are good ones.

There’s not much in the way of downtowns, commerce, or night life; instead there’s natural beauty, farmland and coast. Just the drive across the causeway, the thin bridge of land that connects East Marion to Orient, is worth the visit for the stunning waterfront vistas on either side. While you’re out there, you might as well stay a spell and explore what the area has to offer: delicious food and drink, old-fashioned charm and awesome scenery.

Settled our bags in our room then rented cycles from Dan's…we're on our way to the The Point.

For a bed and breakfast experience: The Orient Inn

If you want the charm of a big old country house, this bed and breakfast delivers. The restored Arts and Crafts home has fireplaces and a wrap-around porch. Owned and operated by a trained chef, the Inn also offers vineyard tours, wine tastings, dinners, cooking and wine making classes, fisherman’s specials and massages.

For the hotel/motel experience: The Blue Inn

This East Marion hotel is not fancy, but it’s clean, comfortable and well situated, with an impressive assortment of amenities. A real bonus is that all the rooms feature kitchenettes, and there’s a communal barbecue by the pool, so you can take advantage of all the fresh, local bounty and save some cash by cooking for yourself (or at least stowing those leftovers in the mini-fridge). There’s also a cottage available with a full kitchen and its own outdoor table.

You can't rush a grilled cheese. Low, steady heat, plenty of butter (obviously). Side of soup not pictured.

The Country Store is an Orient institution, and it pretty much is downtown Orient. Originally a classic convenience store stocked with pantry staples so that residents didn’t have to leave town (or for when they actually couldn’t, on those frequent occasions when the causeway floods, making Orient, effectively, an island), it’s evolved into a bit of a gourmet eatery. You can still get a standard bacon, egg and cheese to go with your coffee and newspaper, but you can also spice things up by adding avocado and one of the house-made hot sauces. In season, they get deliveries to the back door of whatever’s available from the Terry farm fields down the road, and they turn it into zucchini bread, pies, pickles and a changing menu of breakfast, lunch, and takeout dinner specials.

For lunch: Fork and Anchor

In the same vein, Fork and Anchor is East Marion’s general (and one and only) store. In a building that’s been a general store since the 1890s, the shop is a modern-day version with a great selection of craft beers and locally sourced produce, as well as tasty breakfast and lunch sandwiches plus hot and iced coffee. I’m partial to the green goddess chicken salad and the BLT with a fried egg and basil mayo (I have a thing for herby mayo, and eggs). You can have any of the egg dishes made with local eggs, which is a nice touch.

For your sweet tooth: The Candy Man

I limit my trips to the Candy Man to strawberry season and just after, when I can treat myself to their homemade chocolate covered strawberries. But the rest of their candy is pretty good, too: honeycombs, turtles, caramels, fudge, etc. Most of it is made right there, in the back room, and the shop still has an old school candy shop vibe. It hasn’t changed much since I was the kid in the candy shop.

"Life gave us lemons and we made lemonade!" #hellenics #nofo

For the lemonade: The Hellenic

East Marion has long been home to a large (comparatively, for a very tiny hamlet) Greek-American population of vacationers and second-home owners from New York City. The Hellenic was founded in the late seventies as a snack bar adjacent to rental cabins of the same name. Popular for their fresh-squeezed lemonade and casual Greek fare, the restaurant keeps expanding both its size and its menu. The lemonade is delicious virgin, or you can get it spiked with a Greek liquor, which also goes down quite easily. I like to get an ouzo when I’m there, alongside a glass of ice water, so I can pour a few drops into the anise-flavored aperitif and watch as it slowly turns from clear to milky. Sip it while you snack on dolmades, tzatziki, skordalia, taramasalata, calamari, salad, or a seasonal special featuring fresh, local seafood and produce.

Beautiful day to enjoy a beer at our tiki bar.

For the view: Orient By the Sea

This bar and restaurant overlooks the marina at Orient Point, right next to the State Park, so the setting can’t be beat. The tiki bar on the deck is a great spot to order a bottle of local wine, get some oysters or clams on the half-shell and watch the boats and the birds.

For the lavender lover: Lavender by the Bay

For the gardener: Marion Gardens