Not a bad way to celebrate The 1770 House’s 15th anniversary. 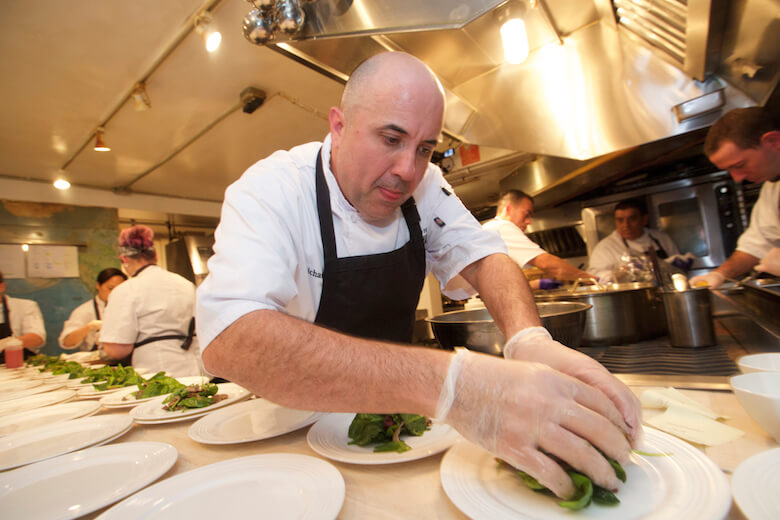 Chef Michael Rozzi will prepare a five-course dinner at the James Beard House on October 26.

The James Beard House, one of New York’s best-kept gastronomic secrets, is located in the former Greenwich Village townhouse of the late and celebrated cookbook author and television personality James Beard.

The dinner theme, ‘Chef, Farmer & Winemaker,’ pays homage to the teamwork behind the success of The 1770 House in celebration of the establishment’s 15th anniversary.

“I wanted to work with new and established sources for this dinner. I began planning this menu and talking to them about autumn in May,” Chef Rozzi told Edible. “Since then, every recipe with every one of their ingredients has been tested and tasted with wine pairings.”

The 1770 House owners Ben and Bonnie Krupinski, make it a priority to keep one of East Hampton’s oldest homes in immaculate shape, while the back of the house joins Chef Rozzi in showcasing items from East End waters including Bonac clams and Montauk fluke; and farms Amber Waves, Balsam Farms, Browder’s Birds, Don Barbour’s Farm, Feisty Acres, Mecox Bay Dairy and The Milk Pail. The 18th century colonial home on Main Street features a candlelit dining room and a starlit garden patio, available for both dinner guests and those staying at the boutique bed and breakfast.

“It is a great honor to be invited again to cook at the James Beard House and in this special anniversary year. I want to share the honor by thanking all who make The 1770 House a success. It takes true collaboration to keep it fresh for fifteen seasons, open year-round and nightly,” says chef Michael Rozzi.

The Chef is best known for his New American cuisine, or what he calls “Hamptons cuisine” reflecting local customs at the root of slow food practice in which he is an expert. Wine Director Michael Cohen notes that at the October 26th dinner, four of the main courses will be paired with wine from the Kontokosta Winery in Greenport on Long Island’s North Fork. “The Kontokosta blends and single varietal wines are very impressive.The selection is broad and pairs incredibly well with Chef Rozzi’s food.” 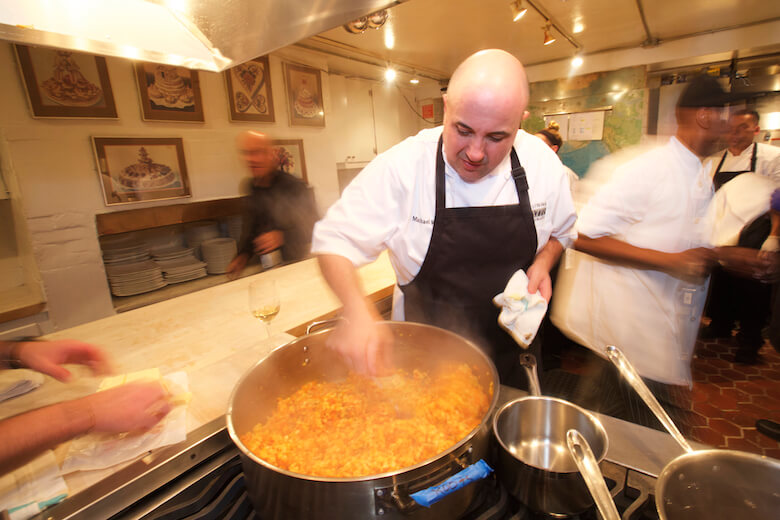 “I never worked with Abra Morawiec, owner of Feisty Acres Farm in Jamesport, but wanted to work with her organic quail. I’m serving it with bacon from charcutier Don Barbour who is also an accomplished chef who I have know for many years and will be joining me in the kitchen on the night,” said Chef Rozzi. “I was also inspired by my involvement in testing recipes for Robyn Lea’s book, Dinner with Jackson Pollock. My take on Bonac clam pie came out of that experience.”

Dubbed the “Dean of American cookery” by The New York Times, the mission of James Beard’s eponymous not-for-profit culinary arts organization, is to celebrate, nurture, and honor chefs and other leaders making America’s food culture more delicious, diverse and sustainable for everyone.

Culinary masters from across America and the world are often invited to “perform” at the Beard House by presenting a dining experience to Foundation members and the public in a dinner for up to 74 guests.

“Being invited to cook at The James Beard House is a validation of hard work being recognized. It’s also an opportunity for The 1770 House and myself to give back,” Chef Rozzi says. “They are so chef-centric and put chefs on the map. The tangible success will be to sell out the night with proceeds going to the James Beard Foundation and all they do for the culinary arts.”

Tickets are $175 for the general public and $135 for James Beard Foundation members.