How to Grow Your Own Edible Garden 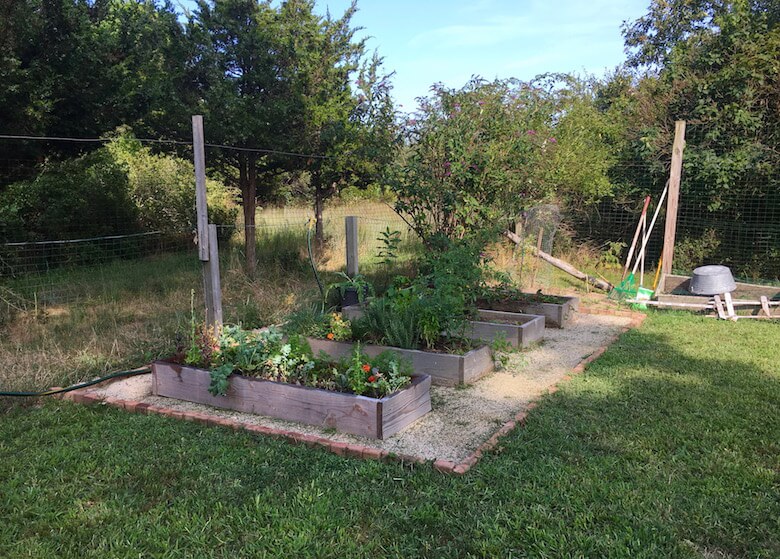 About six years ago, I moved my edible garden from a formerly sunny spot the previous owner had picked nearly eight years prior, that had gone shady with tree growth, to a spot newly cleared due to the removal of an unused shed. The shed was donated to Hayground School, for their edible garden, and my garden thrived and grew in its new location. I wrote about it—here—and about several people on the East End who were finding the joys and practical benefits of growing one’s own food supply, a trend at the time that has since become a more common practice.

Then came more changes. My elderly parents suddenly had to move in with us, and we were faced with North Haven Village’s stringent codes about “habitable structures.” Instead of being able to turn our barn into a guest house for them, we had to build onto our existing main house. The entire barn had to be removed and replaced with a small shed (the irony of that not lost on us). Also in need of removal were two trees, the 1950 septic system, and more than half the garden, along with my now-established and prolific edible beds.

Having to implement messy, large-scale changes in gardens, and even farms, are more common than people realize, and one perhaps only realizes this when it is happening to you. Houses need expanding or contracting, old structures need rebuilding or removal, plumbing and septic systems must be upgraded. Hurricanes and N’oreasters come tearing through, caring not that someone actually lives or farms on any given parcel of land. And years, sometimes decades, of work is destroyed in an instant by CATs and diggers, trench-cutters and plows. It’s enough to make you run inside and cry. (True Confession: I did.)

But when it comes to growing things, enforced change can also lead to some better solutions. In my case, I decided the best re-location of my edible garden was not back to its original location, but one clear across the yard, nearer the kitchen and a perennial flower garden.

Here, at the north-east corner of the property and right up against the deer fencing (once cattle fencing dating back 70 years or so), and directly adjacent to a 30 acre preserve, is where I moved the wooden beds. Some of the earth (and sadly many veggie plants) was removed, some spilled willy-nilly, and the bed frames were piled up near their future location. I stuffed only one of them full of perennial herbs and strawberries, and one or two kale plants, I hoped would survive the long ordeal. 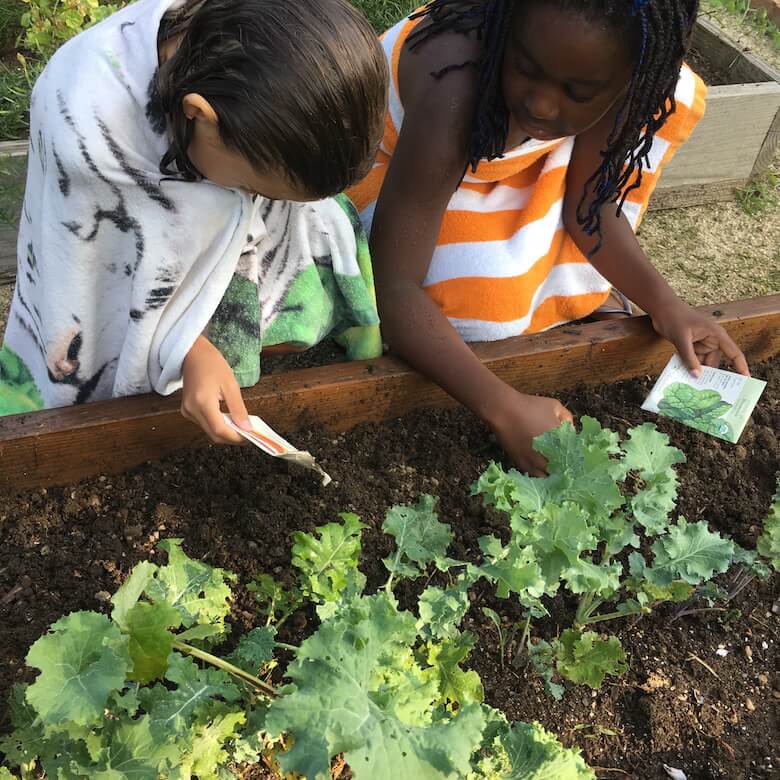 Next came the construction on the house, and the digging up and destruction of nearly half-an-acre of land. Eventually, March saw the re-construction of my edible garden. One rotted bed had to be rebuilt, the others had faired pretty well. I deconstructed parts of the rotted bed and reused it to frame a new compost pile, since the old compost had been polluted with construction debris.

My friend Tony Piazza, of Piazza Horticultural, was helpful in advising me about placement (all beds lined up in an even row, vertical-facing towards the south) and his crew created a hard-packed sand and gravel base for the beds to sit on, which has turned out to be better than the pretty but impractical brick paths my son and I had built in the old location that always filled with weeds. The bricks themselves were salvaged and used for edging the gravel base.

Tony also left me with an enormous pile of new soil. It took about a week to re-fill the beds, as I decided to use the same method I’d used six years ago, which is tedious and back-breaking but worth it. Called a “lasagna,” or layering, method, the idea is to create layers of nutrition and aeration while also enforcing a natural weed barrier. This is vital in my neck of the woods, since the soil is mostly clay and rock with a touch of sand. A thick layer of newspaper is placed on the bottom of each bed, followed by hay, then a mix of soil and compost, then more hay, then more soil, until the bed is filled to about three inches from the top lip of the wood frame. 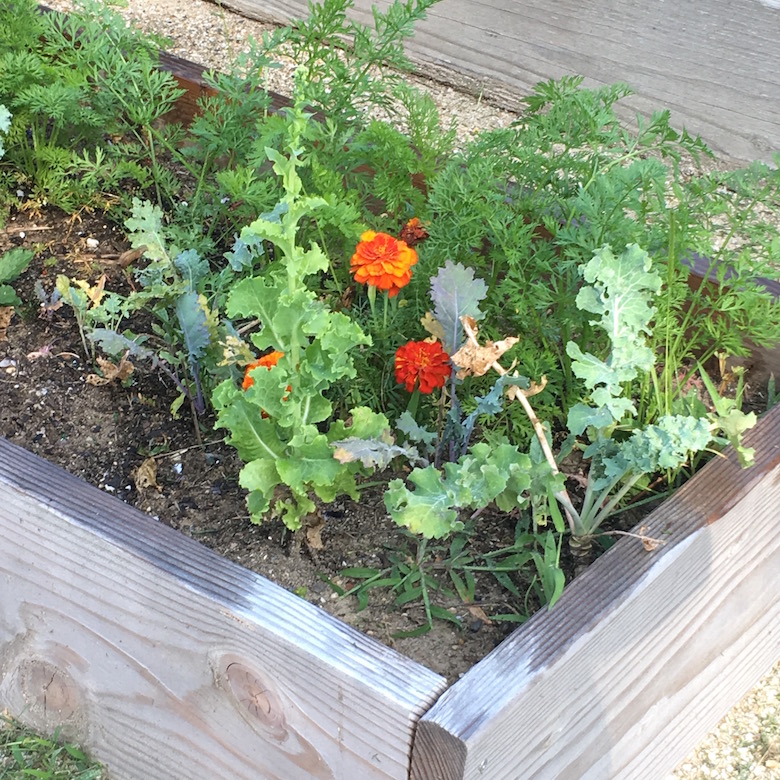 In the end, all my herbs and strawberries survived the move, and they are doing better than ever in their new location. Summer yielded great cucumbers, zucchini, kale, and tomatoes grown from baby plants–it was too late in the season to sow anything but carrots from seed. A variety of fall greens and carrots were planted from seed recently. The plan is to transfer some things into a new small greenhouse, and see how long into the winter we can eat fresh salad and herbs. In a mound of soil just outside the edible beds, I also planted a blueberry and a raspberry bush which I’m hoping will come back nicely in spring. A buddleia bush that seeded itself years ago was left as an accent in the edible garden, attracting bees and butterflies and other beneficial insects.

Fall is the time to keep eating all the tomatoes still coming off the vine. Later, at the sign of first frost, the green ones that are left can be fried in breadcrumbs. Too-tall and mature kale will be ground into pesto and frozen; herbs will be trimmed and dried or moved into the greenhouse; monster squash will be shredded and frozen for soup or zucchini bread. An annual November trip to the ocean beach to fill a canvas tote with dried seaweed is our autumn mulching ritual. In spring, the seaweed will be tilled under, and another layer of hay, then soil, will added to the top layer of the beds.

It’s a nice cycle of renewal, growth, dormancy, and rebirth. And to think, anyone can do it.