Sprouts will open to the public this weekend, selling flowers and herbs, succulent plants grown from seed, and essential oils made from herbs and plants grown on-site. 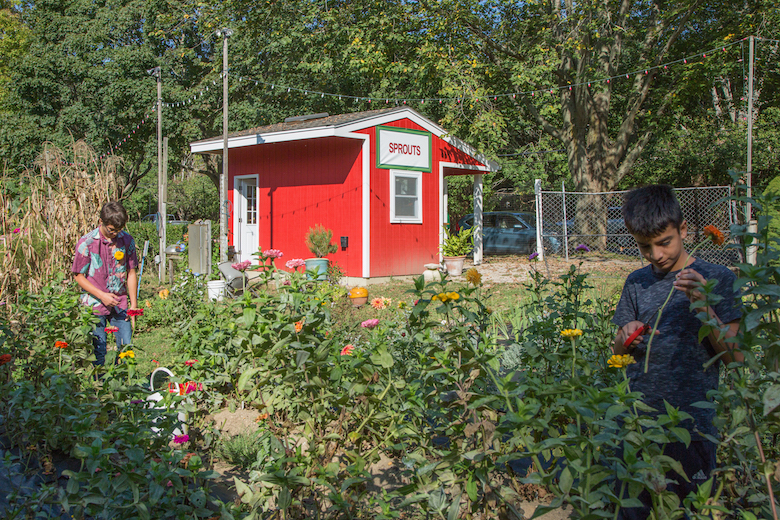 To get Sprouts started, Bridgehampton School students spent weeks digging, weeding, and heaving what looked (and felt) like a ton of compost and good topsoil.

For years, there was a little shed, right on Montauk Highway, just in front of Bridgehampton School; and next to the shed, from November through December, lots of Christmas trees, wreaths and evergreen bushes for sale, the customary strings of outdoor lights stretched between poles, dangling and swinging in the ocean wind. It was a cheery sight, and many looked forward to it each year. During those same years, too, the kids inside the school went about their usual day, eating frozen pizza from the cafeteria, studying earth science from books, and getting the state-mandated amount of outdoor time (about 40 minutes).

But over time, things began to change. The tree stand closed, the little lot grew fallow and weedy, and the shed doors stayed shut, the exterior fading and peeling. Just behind it, in the school, things were also changing. A greenhouse was built, rows of vegetables planted in the corner of the athletic field, and botany and culinary arts classes were offered; the school basketball team became State champions; lots of greens were planted and harvested, the students giving them to Almond restaurant up the street, where famed chef Jason Weiner turned them into amazing salads for customers. 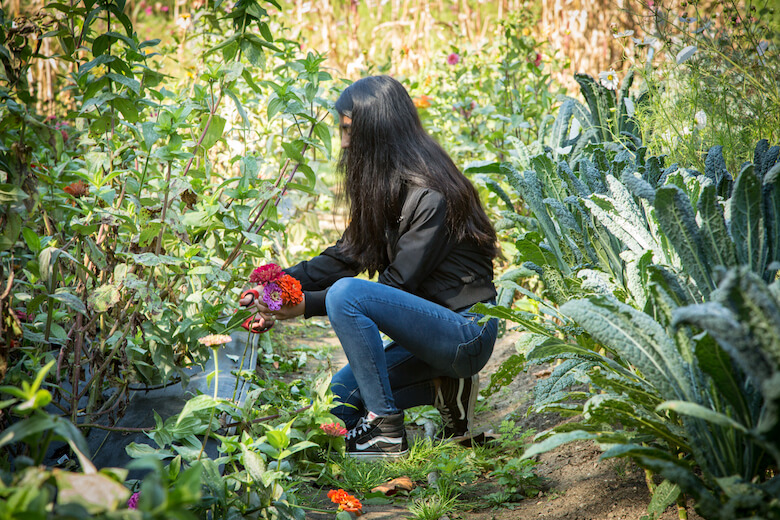 Under the leadership of Judiann Carmack-Fayyaz, Sprouts offers students a chance to grow along a garden of their own.

This past June—under the leadership of teacher and New York Slow Food Governor Judiann Carmack-Fayyaz—the school began renting the shed and the half-acre or so of land adjacent to it (segments are owned separately by the Babinski family and the Hampton Classic). Students spent weeks digging, weeding, and heaving what looked (and felt) like a ton of compost and good topsoil. Seeds, and seedlings from the school greenhouse, were planted and watered. The shed was painted a bright red, the word “SPROUTS” in crisp white. All summer long, things have been growing.

On a recent warm morning, Judiann took her technology class (she also teaches botany, environmental landscape design, agribusiness, culinary, and robotics) out to harvest dahlias and zinnias to use in arrangements in the school. Kids walked through what is the main draw—a beneficial insect garden—and grabbed handfuls of tomatoes and ground cherries and popped them in their mouths (a snack distinctly unlike the usual bag of chips). 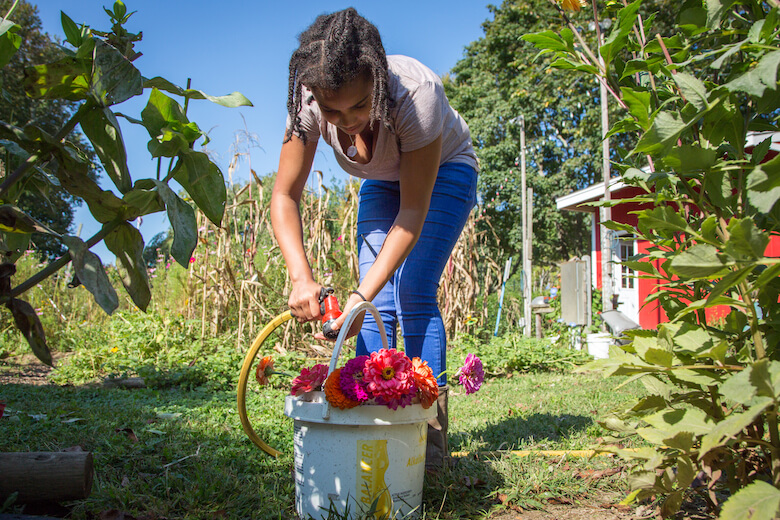 Sprouts’ insect garden is designed in a maze format, and grows alongside beautiful flowers.

The insect garden, designed in a maze format, is a destination garden. It came about after Judiann and famed Project Earth founder Edwina von Gal went to a lecture at Marder’s Nursery on beneficial bugs. “We turned to each other and said, ‘We need a bug garden!’” Judiann tells me. Edwina immediately volunteered advice, and donated seeds, for Sprouts. 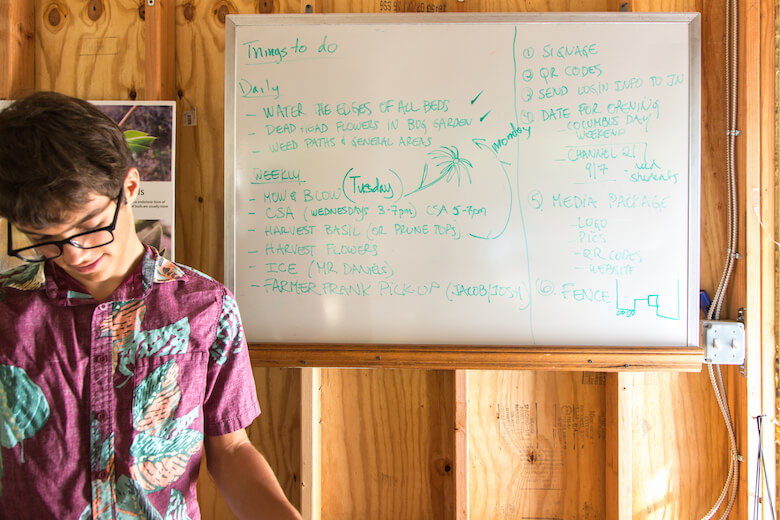 At Sprouts there is an air of connection, of serenity and focus, that one doesn’t see often these days with kids who spend their days inside, on their phone.

Eventually, QR code cards will be installed so when visitors stroll through, they can scan the codes with their phone and see what all these amazing species are about. The combination of new technology and a return to old farming and seed-saving methods, and bridging the gap for a young generation, is one Judiann excels at. In watching them, the kids (some of whom graduated from Hayground School, a neighboring lower school and pioneer for the Edible Schoolyard movement on the East End) seemed as comfortable in the garden as they are in front of a computer. There was an air of connection, of serenity and focus, that one doesn’t see often these days with kids who spend their days inside, on their phone.

On this morning, the small group of kids split up for tasks: cutting, weeding, watering. They stand in the sun amongst impressive rows of basil, cilantro, lavender, eucalyptus, snapdragons, dahlias and roses. They meet inside the shed, which now serves as a farm stand and also houses tools, scales, vases, plant foods, and hand-made ceramic labels. This coming holiday weekend, Sprouts will be open to the public for business, selling flowers and herbs, succulent plants grown from seed, and essential oils made from herbs and plants grown on-site.

The kids are smiling, but also serious about what they’re doing. Committed and engaged. They invite all of us to come down to Sprouts and see the very real magic they are taking part in.