Hop to it, brew babes and bros. 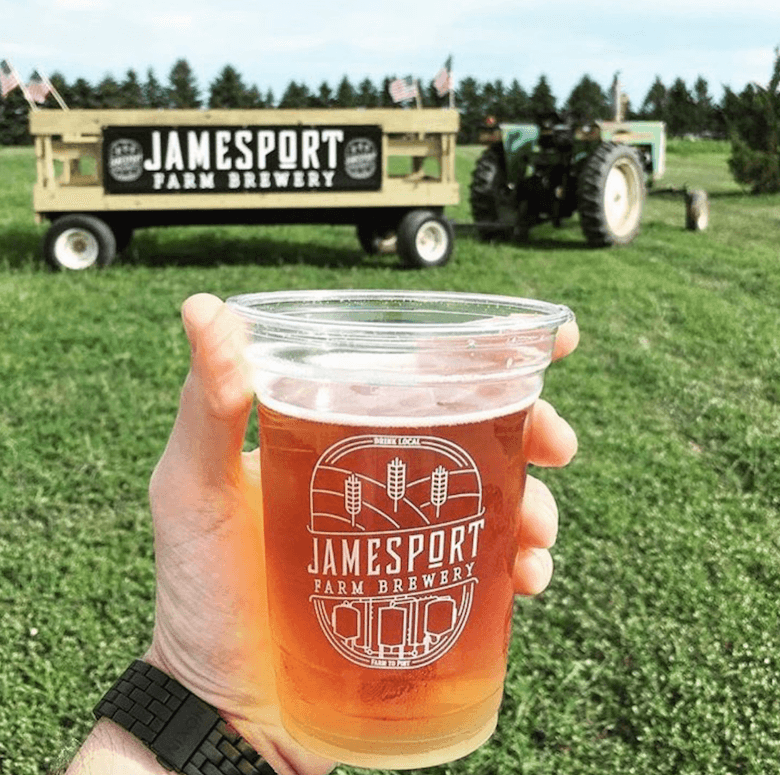 LI Hops, a 43-acre hop farm and home to newly opened Jamesport Farm Brewery, is nestled among the plentiful wineries of the Long Island North Fork. Each year, as the summer winds down, they begin the harvest of several hop varieties—all for sale to local homebrewers and professionals alike. On Saturday, September 23, they’ll be hosting over 15 breweries for a festival showcasing beers (and a couple ciders) that utilize fresh hops.

Fresh hops are exactly what they sound like—hops that have not been dried or preserved in any way. Since hops contain a great deal of water, they begin to rot if they are not used or dried quickly after harvesting—ideally within 24 hours of being plucked off the vine. We have been a part of several fresh hop brew days and they all began with hop picking at a farm and ended at a brewery, throwing those hops into a kettle full of wort. So, much like the fabled Mackinaw peach of Seinfeld fame, there is a very limited window to enjoy fresh hop beers.

Luckily for you, dozens of brews showcasing fresh local hops will be in one place next Saturday. Host brewery Jamesport as well as Long Ireland Beer Company will be pouring beers brewed with hops grown on site. Several other Long Island breweries, including Blue Point Brewing, Greenport Harbor Brewing and BrickHouse Brewery will also be showcasing hops from our region. Southampton Publick House is continuing an 11 year-long tradition—brewing a beer with hops grown just for them at Laurel Creek Landscape Nursery. This iteration will be a fresh hopped ESB. And Lithology Brewing is really keeping it local for their American Pale Ale, using all NY ingredients and a strain of yeast that they harvested themselves. Additionally, less hoppy offerings from pumpkin spice beers to Oktoberfests will be available.

For those who love hoppy IPA’s but have yet to try an elusive fresh hop beer, the flavor is distinctly different. While dried hops can impart fruity notes into a beer, fresh hops have a very vegetal, “green” quality to them. The climate and soil of Long Island is conducive to hop growing and many varieties of hops flourish here (Willamette, Columbus, Nugget, Centennial and Magnum EU were all harvested at LI Hops alone). Plus, hop bines improve with age so the harvests are only going to get better. For brewers, fresh hop beers are a little more of a gamble since the hops have not had a chance to be analyzed for alpha acid—the element that contributes to bitterness. But with risk often comes reward, as the end product lets the unique, sometimes unpredictable flavor of the fresh hops shine through.

The fresh hop festival will take place on Saturday, September 23 from 12:30-4:00 p.m. Tickets can be purchased here for $45 plus fees, with designated driver tickets also available for $10. If tickets remain, they’ll be available at the door, but you’re better off getting them early to ensure entry. Live music will set the mood while Christopher Michael Catering serves food. The event is rain or shine and of course you must be 21+ to attend.