In Greenport, Chris Hamilton Offers a Glimpse of the Last Baymen 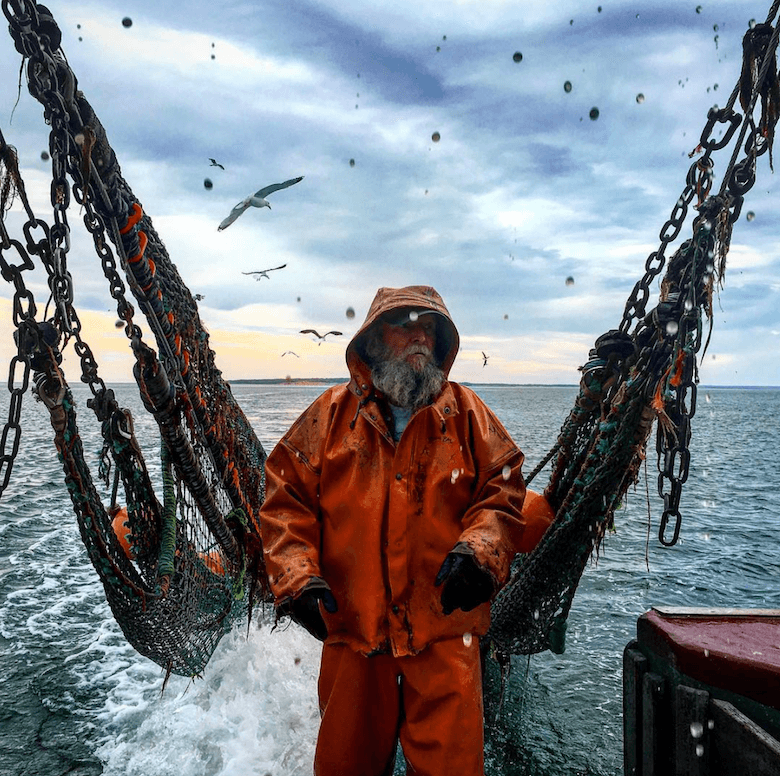 Chris Hamilton grew up in Greenport as the son of a commercial fisherman. He has been fishing with his father since he was a young child, and still does so today, as often as possible. Over the past several years, Chris began taking pictures of his daily life as a fisherman with his iPhone. When he posted some of his pictures on Facebook, he got such a strong positive reaction from his family and friends that he started paying more attention to his technique, editing and refining the images he captured. Fast forward a couple years and this self-taught photographer has two concurrent exhibitions of his photographs, a website with prints for sale and a large social media following.

The exhibit at Greenport restaurant First & South has been up since June and will be coming down in mid-September. It features more than a dozen images printed on acrylic that are ready to hang. The show, entitled “The Last Bayman,” focuses on images captured while working out on the water, including iconic photos of his father, Captain Bob Hamilton, working in his orange rain gear.

“I don’t ask my dad to pose for shots,” Chris said. “If you know my dad, you know he wouldn’t stand for that.” Instead, Chris takes photos while both of them are working.

Chris also has an exhibition of his photographs up this summer at the East End Seaport Museum in Greenport, which will be on display until after the Maritime Festival on September 23. “I had no idea I had any talent. I’m still not sure,” he said. “Seeing my work up is humbling.” He and his father also created a baymen’s display for the museum, which will be up permanently, to represent commercial fishing and our local heritage as baymen.

Chris sees his work as a platform to educate people about the environment, our natural resources and food. In the same vein as the farm-to-table movement, he hopes people will become more conscious of the effect of plastics and fertilizer on our maritime ecosystem. “It’s great to find that I have a talent for something I enjoy doing. If not for iPhones and social media, I’d never know,” he said.

For someone who says he doesn’t get along with technology, Chris has used the skills he does have well. He still shoots most of his work on his iPhone, especially while out on the water, but also uses a Canon 6D DSLR. The Canon is not practical out on the boat, because it would get in the way of fishing and would most likely get ruined without a waterproof housing. He edits using Instagram, but plans to start using more professional editing tools like Photoshop and Lightroom soon. He hopes to evolve as a photographer, trying out landscapes, travel and portraits.