Peconic Baykeeper Makes a Toast to Our Bays 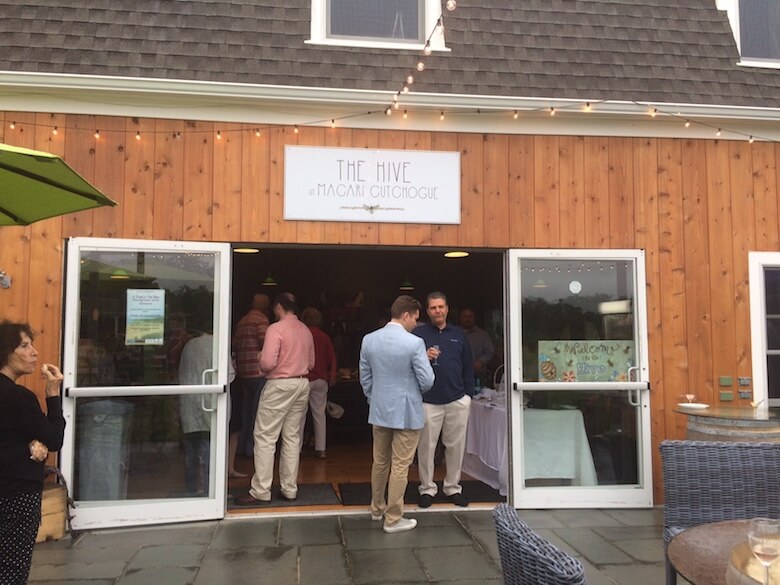 Macari Vineyards served as the setting for the recent A Toast to Our Bays fundraiser.

Water has always been an integral element on the East End, but now with so much local aquaculture under way like clamming, oystering and scalloping in the local bays, the quality of those waters is a major priority.

Recently Peconic Baykeeper, a not-for-profit organization, dedicated to protecting Long Island’s waters, hosted a fundraiser, A Toast to Our Bays, to celebrate local companies that are practicing sustainable farming and fishing.

“What we’ve done for a long time is shattered against the negative,” Executive Director and Peconic Baykeeper Sean O’Neill explained. “We need to embrace the positive, I don’t the think the environmental community has done enough to support that. If you’re an oyster grower, a commercial fisherman and you’re doing things sustainably, we’re on your side.”

To prove their point, all the food and wine served at the event was provided by producers whose foods are sustainably-sourced. 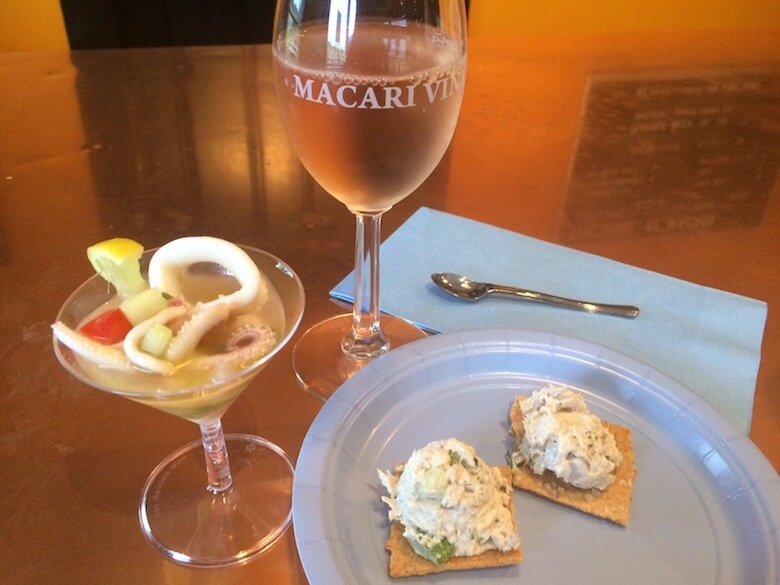 Local calamari ceviche and yellowfin tuna salad on crackers, with a glass of Macari Vineyards’ rosé.

Held at Macari Vineyards, a longtime pioneer in the move towards natural and environmentally-friendly farming methods, the Cutchogue winery is well known for their commitment to organic and sustainable vineyard practices.

Fresh clams and oysters on the half shell were served up by Harvest Moon Shellfish Co., a Mattituck-based oyster harvesting company that combines traditional oystering with sustainable methods like growing some of their own shellfish, to protect the oyster population from over-fishing.

“We don’t take large amounts of fish at once, instead we do small batches, processing them quickly,” Captain Peter Haskell explained. “The fish, like our local calamari, grow in the course of a year to size, a very sustainable option, so we hope to be a path for the customer to explore those levels of sustainability.”

“The bay is so important, it’s such a big part of the East End,” Suffolk County Legislator Al Krupski said. “Our economy is so tied to the environment, it’s a special quality of life when you can go out and catch a fish or dig a clam. That’s an issue that everybody pays attention to and the Baykeeper helps raise awareness of how important it all is.”

Based in Quogue, Peconic Baykeeper works to defend critical area watersheds and is actively involved in several East End projects helping to clean up local waters, but they felt they needed to improve their image on the North Fork. 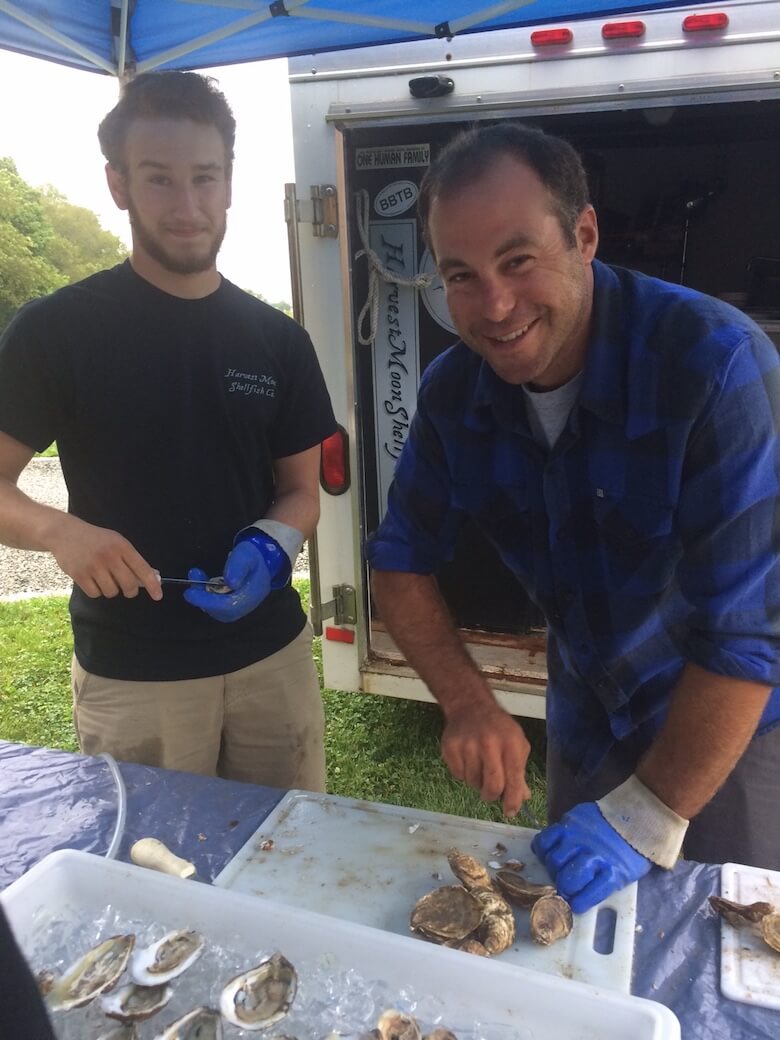 As Baykeeper, Mr. O’Neill made a point to personally greet each guest as they arrived and entered Macari’s rustic tasting barn.

“But tonight we’re celebrating our local commercial fishermen, oyster growers, and sustainable wineries,” he said. “As we begin the conversation of how these industries and environmentalists can work better together.”