Little Lucharitos will give Aquebogue lots to taco ’bout. 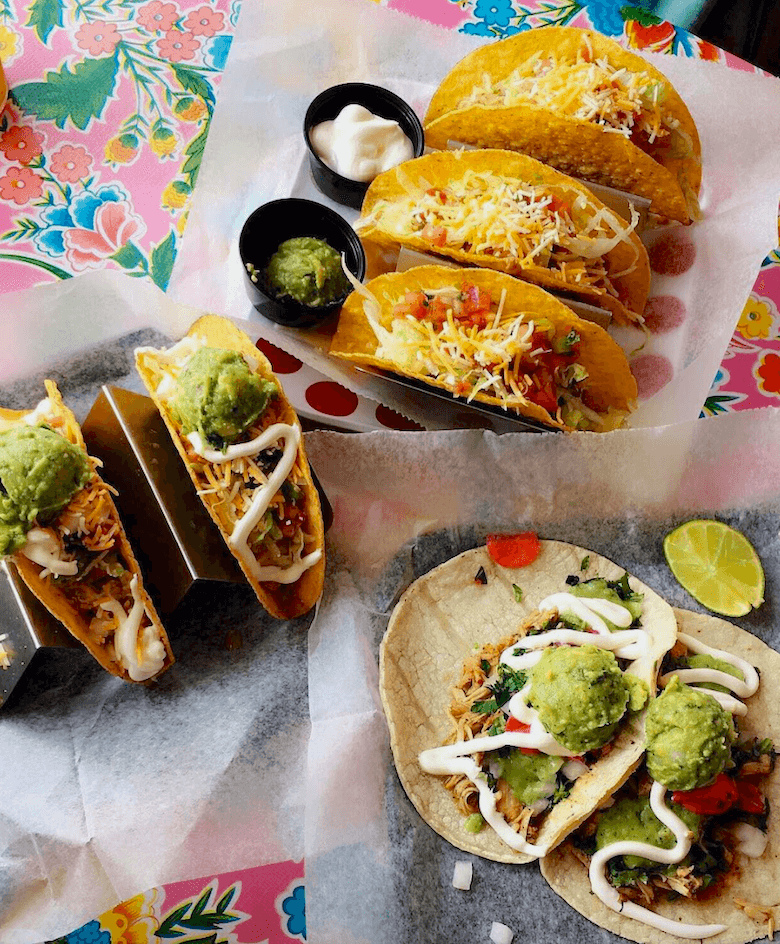 Marc LaMaina, the mastermind behind the exceptionally popular Mexican-themed restaurant Lucharitos in Greenport, is not entirely sure what the secret to his success is, but he’s not letting that stop him. This fall, he’ll open his second location, Little Lucharitos, in Aquebogue.

“I think it’s a combination of the atmosphere, the people, good drinks and affordable food,” he muses. “I try to keep the staff happy, and if the staff are happy, then the customers are.”

Little Lucharitos is small, true to its name. It only has 16 indoor seats, and will focus more on takeout and delivery. The menu will be a scaled down version of Lucharitos’ menu in Greenport (tacos, burritos, nachos and more), but all food will still be cooked to order. Four taps will pour two local beers and two Mexican ones. More beer (and maybe wine?) will be available in cans only. While the actual restaurant space is small, there’s a large outdoor space which will have tables on a stone patio.

The plan is to start small and see what happens. LaMaina is shooting for a September opening and to be open 7 days a week for lunch and dinner. Little Lucharitos will not be a late night bar, instead closing at 10:00 p.m.

LaMaina grew up in Greenport and Orient, but now lives in Aquebogue with his wife and two sons. One of his main reasons for choosing the location is that it’s close to home.

“It’s literally two minutes away,” he says, noting that his older son attends school next door to the restaurant. It’s important to him to be a part of his community and provide a place for his friends and neighbors to enjoy.

While LaMaina may be thinking small with Little Lucharitos, he’s thinking big when it comes to the Lucharitos brand.

“I want to continue to build the brand, and grow the brand as much as possible in the next five years,” he says.

To do so, he’s already scouting locations for possible future Little Lucharitos around the East End. In addition, he’s launching a toy line of little luchadors (loosely based on the Mexican wrestling tradition) that will be free with the purchase of a kids meal and also sold separately. The toys will launch in time for Christmas. He was inspired by his sons, who are always begging to go to McDonald’s just for the happy meal and the surprise inside.

At the same time, LaMaina is working on converting the upstairs of the original Lucharitos building into a space for private parties. Because it’s so popular, it’s hard for Lucharitos to accommodate all the requests for large parties that they receive at the moment. The new upstairs will provide three rooms for bachelorette parties and other private events. The vibe will be more upscale and adult than downstairs, and meals will be family-style, with make-your-own taco trays. A shared lounge, bar and game room will have pinball machines and 1980s-style arcade and wrestling-themed games.  LaMaina hopes to have the upstairs up and running by next season.

Starting with a blank canvas in Aquebogue and working with an architect for Little Lucharitos has resulted in a polished space, with lots of attention to detail. While it’s definitely inspired by the original Lucharitos aesthetic (bright colors, tropical plants and wrestling memorabilia), it has its own feel. The walls are brightly painted, and a custom-made sculptural sign adorns an alcove above the kitchen. The bar stools were a custom repurpose project by salvage masters In the Attic Too in Laurel, while the bathroom vanity is a gold painted repurpose project done by LaMaina himself. Once the art is up and all the tiling is finished, it will be worth a trip just to see the space—not to mention for a taco and margarita for you, and a taco and toy for the kids.