These Are the Foods Climate Change Will, Well, *Change*

Our favorite foods may be around for a while, but perhaps not in the way we’re used to. 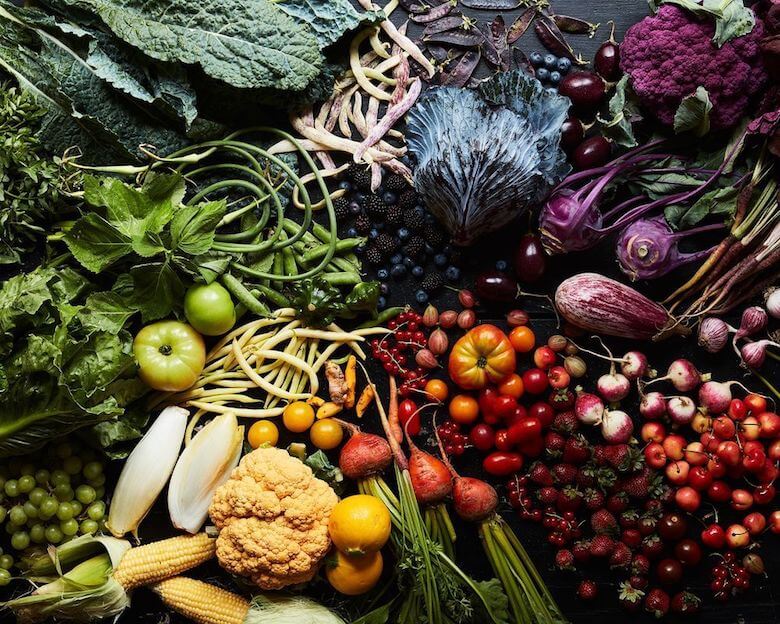 We food-lovers gotta stick together: When it comes to covering the cool things of the culinary world, we count ourselves in good company with FOOD52, home to community of cooks and eaters exchanging recipes, ideas and more. There’s nothing we love more than trying out one of their recipes or tips —so we’re republishing select new pieces to spread the love.

In early June, President Trump withdrew the United States from the Paris Climate Accord, a controversial move that received broad opposition (and support). Since then, a growing number of cities and states have created their own alliances to uphold commitments to the accord—voluntary agreements to focus on sustainable energy sources, commitments to carbon emission reduction, and efforts to reduce rising global temperatures. These issues matter, since our food systems are directly affected by global warming.

Because global temperatures continue to rise, researchers and farmers have noticed a shift in food production, and are worried about the future of our food. Over the past few years, many articles have cited looming food shortages, even labeling them as food crises. The foods most often identified are chocolate, coffee, maple syrup, alcohol, and seafood.

Are these claims true? It’s complicated.

As our climate continues to change, what we eat, where our food is grown, and how much we pay will certainly be affected—but what’s the bigger picture? Let’s take a look at the buzz around these threatened foods and the social and environmental impacts that surround them.

There’s extensive research covering all of these topics; below, we only take a brief look at where all of these foods currently stand. For more information, please follow these issues at the links provided at the end. 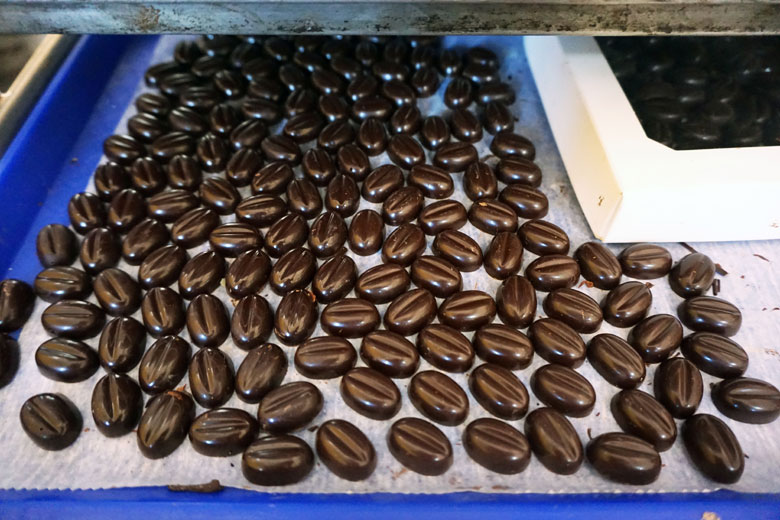 Last year, Brazilian coffee farmers lost 90% of their crop due to drought and heat. In Central America, where a majority of the world’s coffee beans are grown, coffee farmers are slowly replacing their production with cacao, because rising temperatures make their land unsuitable for growing coffee. The environmental impact on food creates a domino effect: Coffee has been a historically essential crop in parts of Central America (even used as currency!); now, communities must adapt to a new crop to survive. If coffee production is replaced with cacao, this impacts competing West African communities that rely heavily on cacao exports to make a living.

Currently, the Ivory Coast and Ghana provide 60% of the world’s cacao. The Telegraph recently reported how dramatic price drops in cacao have severely affected the Ivory Coast’s economy, due to fluctuating demand and pricing that’s affected by unpredictable weather. This economic instability has sparked fears of civil war. Research highlighted in the Intergovernmental Panel on Climate Change reported that by 2050, growing cacao in West Africa will no longer be feasible. So West African farmers face enormous pressure to sustain their agricultural businesses, and need to diversify what they grow—not an easy task under unstable governments that regulate resources.

The domino effect continues to different regions further away from the equator. Many of California’s avocado farmers are turning to the coffee bean as they face constant challenges: limited water supply, and avocado trees producing less fruit. While this means we can continue to hold on to our love of coffee and chocolate and avocados, it comes at a serious humanitarian cost to the farmers that rely on these crops. 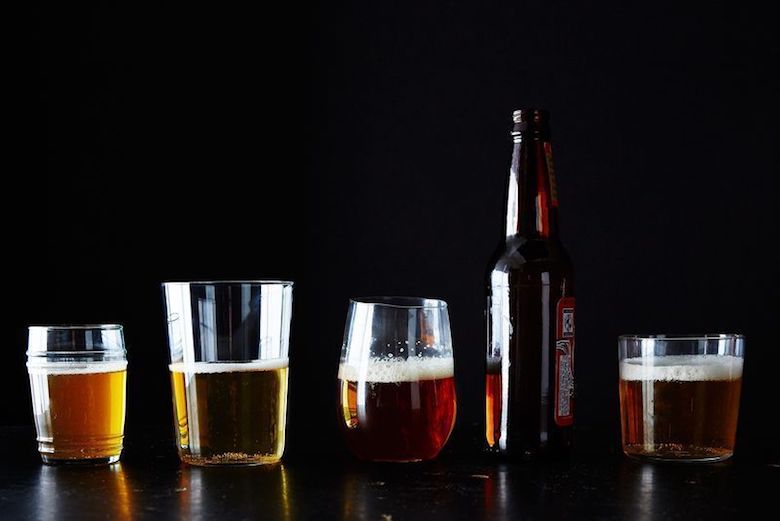 As regions like Napa and Sonoma are exposed to extreme weather conditions, California winemakers are increasingly facing challenges. A study by Conservation International announced that California wine production could drop 70% by 2050, and other prominent European wine regions in France and Italy may also become unsuitable for production due to rising temperatures. These environmental changes will inevitably force a shift in where wine can be grown, and in 2050, it’s likely that our favorite wines will be produced in countries like China, Canada, and the U.K.But only time will tell. Researchers estimate it will take thirty years to fully observe production and consumption shifts, as scientists need to examine wine vinification under ever-changing growing conditions over an extended period of time to draw conclusions.

Other alcohol producers struggle with slumping grain yields due to climate change. Researchers at UC Davis and Cornell University noted a steady decline in wheat and barley by the end of this century. PRI reported that warmer temperatures are also not suitable for growing hops, which will effect the production of alcohol like beer and whiskey. To ease the pressure away from farmers growing these grains, we might see a rise in other brews that rely less on hops, like sour ales and pilsners, or find a growing market for sake instead of whiskey. 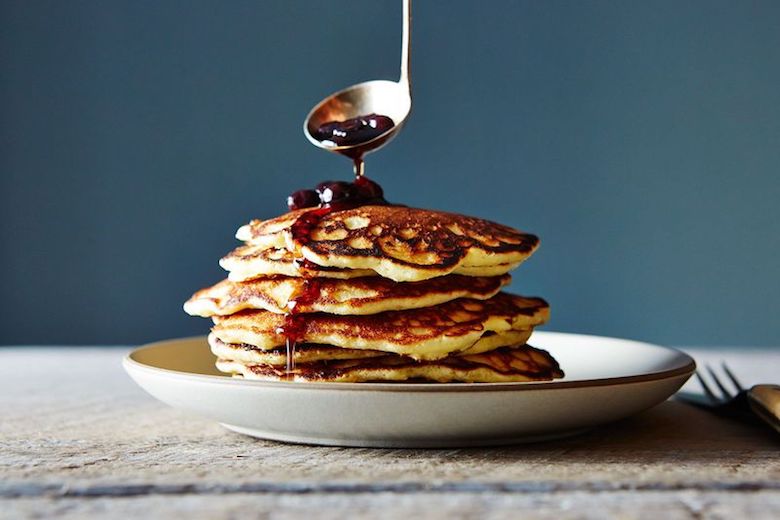 Maple researchers are finding that sap production is running earlier than it did a century ago, with more unpredictable yields. Syrup harvesters south of the Canadian border have experienced recent shortages due to unusually warm winters, in combination with the effects of acid rain and pests; these conditions become exacerbated as global warming continues. Currently, New England produces nearly 90% of our country’s maple syrup. For many of these states, maple syrup defines communities, local economies, and ways of life. Maple syrup prices will rise if supply can’t meet consumer demand, but the maple syrup–producing communities are the ones affected most, as they continue to face production challenges and seek alternative solutions to sustain their economies. Montana State University scientists are in the midst of a 5-year study to see how climate change affects sap quality and taste, and to monitor the fluctuating maple syrup yields over time; they’re looking into other, more resilient maple tree species that can be tapped in the future instead.

Overfishing and fertilizer runoff are notable causes for our depleting fish populations (which create a chain effect in itself); and then there’s shellfish. Accumulated carbon emissions in our atmosphere are absorbed into our oceans, causing rising water temperatures and ocean acidification. This is problematic for the shellfish we eat because acidification weakens these creature’s shells. A study from the Proceedings of the National Academy of Sciences found a link between warming ocean conditions and a rise in domoic acid, a dangerous neurotoxin, that builds up in shellfish. Eating infected shellfish causes vomiting and abdominal pain, and in rare cases, death. Domoic acid isn’t new; it’s been tracked for the past 20 years. Long-period observations of these incidents suggest that domoic acid blooms might be a chronic problem with the continuous rise in ocean temperatures.

One thing that can help seafood and combat global warming is seaweed. Kelp farming is a growing industry in New England, as fishing and shellfish farming become increasingly unviable. In 2015, The New Yorker named seaweed the culinary equivalent to the electric car—it absorbs nitrogen, which mitigates the growing amount of dead zones in our oceans. Kelp farms also act as artificial reef systems, storm surge protectors, and creates thriving eco-systems for other sea life to hide and eat. Seaweed is one of the fastest-growing plants in the world, with over 10,000 edible sea plants we haven’t tapped into yet. And most notably, seaweed is a zero-input crop, which means it doesn’t require fresh water or food to grow.

Our favorite foods may be around for a while, but perhaps not in the way we’re used to.

Our decisions matter—they affect the types of ingredients available to us, the livelihood of farmers, and our global economy. As the concept of terroir is changing, we also have to be flexible and adapt to changing production methods. More curious side effects of the increased value put on certain foods is large-scale food theft and food fraud, defined by the National Center for Food Protection and Defense as “a collective term used to encompass the deliberate and intentional substitution, addition, tampering, or misrepresentation of food.” In fact, a recent food fraud—one of the biggest in history—involved an $18.7 million maple syrup heist. Last year, thieves made off with $10 million worth of stolen nuts!

To protect our food, we can also uphold our own commitment to the Paris Climate Accord—by making conscious choices about the ingredients we source and eat, and thoughtfully considering how we can preserve the future of our food.

To read more about these foods and how they’re affected by climate change, check out these links for more information:

Chocolate at Reuters and the National Oceanic and Atmospheric Administration

Alcohol at Forbes and Conservation International

Shellfish at NPR and Seaweed at Yale

THIS ARTICLE ORIGINALLY APPEARED ON FOOD52 | WORDS BY LYNA VUONG , AND PHOTOS COURTESY OF FOOD52.