Amagansett just got a lot healthier—and merrier, too. 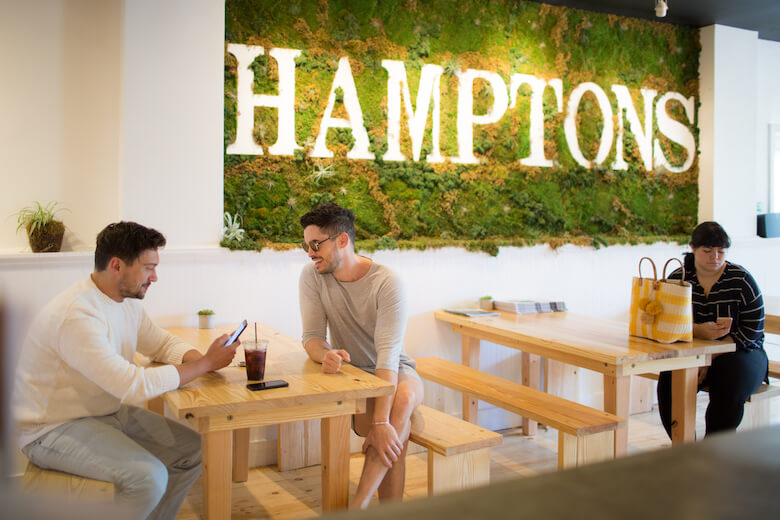 The sign on the door said, “Don’t open,” but I opened it anyway. Inside, I found childhood friends Sam Schoenheimer and James Huertas, all the way from England to open a juice bar in Amagansett. Memorial Day was right around the corner and everyone was hustling.

While the bar, the kitchen and the green living wall was being installed, I managed to squeeze a few words out of Huertas, who founded the Squeezery brand. “Healthy and delicious food doesn’t have to cost a lot,” he said, off to a good start. “Eight to $10 juices will be organic and locally sourced.”

The açaí bowls, “a Brazilian super fruit” served in a coconut, may not come locally but the Squeezery is collaborating with other local businesses such as Balsam Farms, and Amber Waves Farm, buying produce for take-out salads and juices and selling the final products at the farm stands.

Their “Hangover” juice is made with “beetroot, carrot, pineapple, apple and lime,” Huertas said.

“I don’t know about my hangover, but my blood sugar might go through the roof,” I confessed. 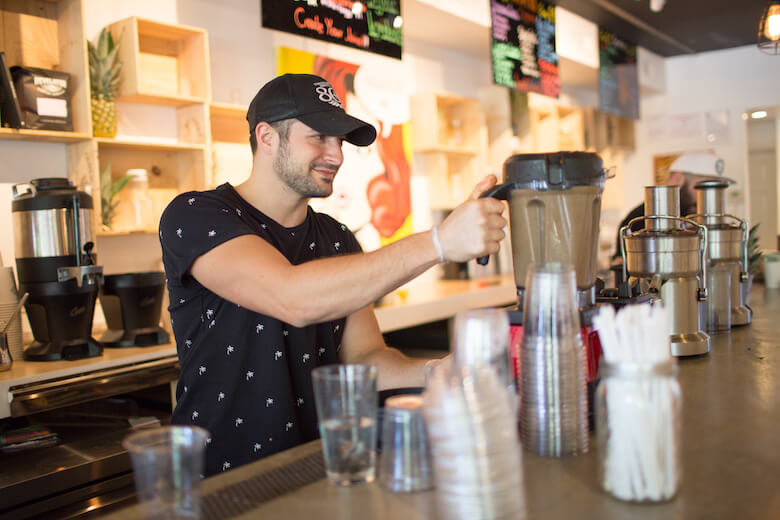 “Will you have cucumber, romaine and celery on hand for those of us who don’t like sweet juices?” I asked. Now it was my time to plead, “I’m not the only one.”

“Tell you what,” Huertas said. “You can have any juice you want when you come in.”

Huertas is not only a charmer, he’s true to his word. When they opened, I got a custom made, fresh, organic juice for under a ten spot, with a smile.

Let’s be honest though, juice bars are a dime a dozen. What makes the Squeezery different, aside from their reasonable prices, is that they have a liquor license. 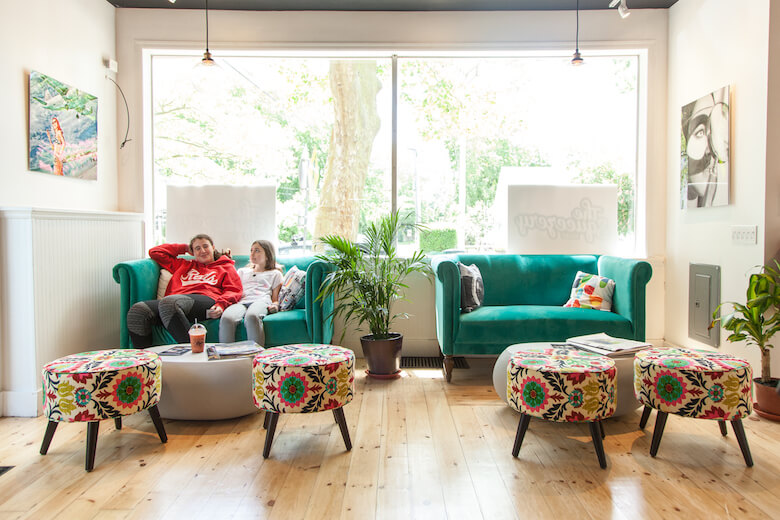 It took a while after they opened the doors, but now the bright and cheery spot serves everything from Scottish smoked salmon, free range eggs, avocado, local kale served on Bavarian rye bread for breakfast to mid-afternoon pick-ups like organic matcha power balls and turmeric lattes to mini teriyaki burgers with charred pineapple and jalepeno hot sauce served with watermelon rind coleslaw and late night cocktails.

And guess what? I’ve become addicted to their “Hangover” juice. Along with Mi-Sook’s Ginger Tea, I regularly pick up a bottle of the red stuff on my daily Balsam Farm stand run. Life is sweet indeed.

Want to make one of the Squeezery’s most beloved cocktails at home? Try this recipe! 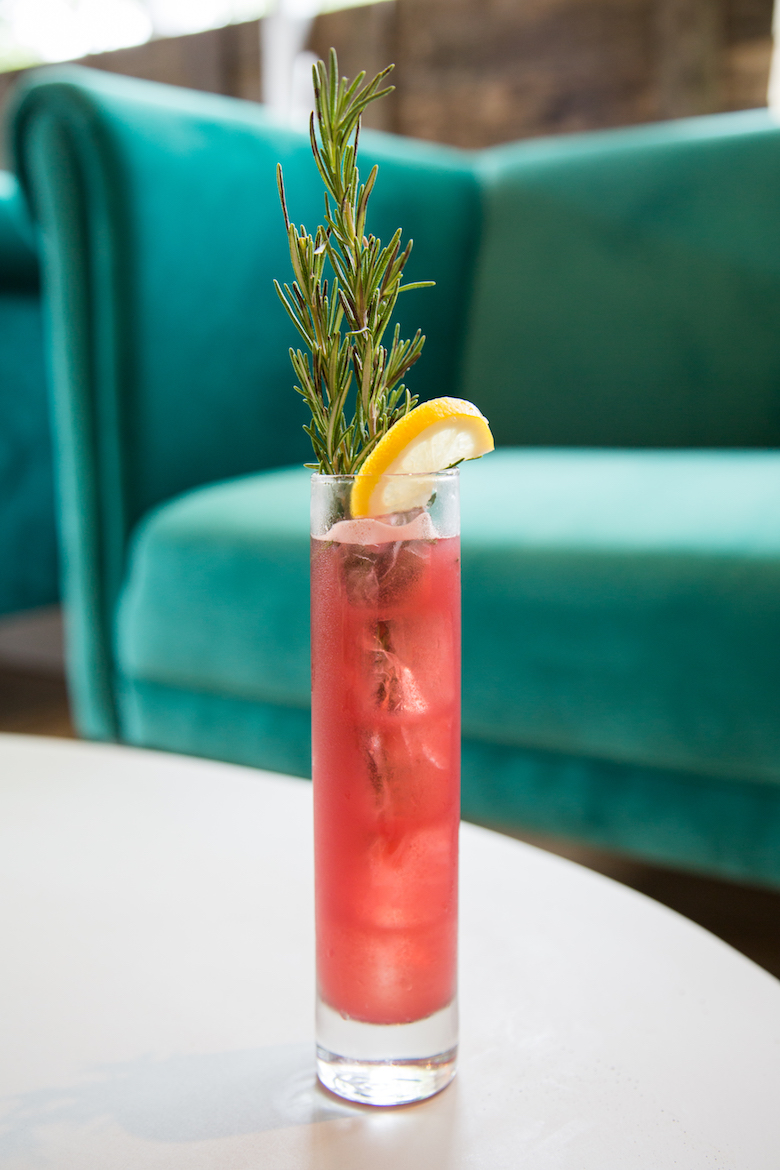 The Squeezery, 195 Main Street in Amagansett, is open 7 a.m. to 2 a.m., seven days per week and plans to stay open year round.