A Fresh Catch Depends on Us 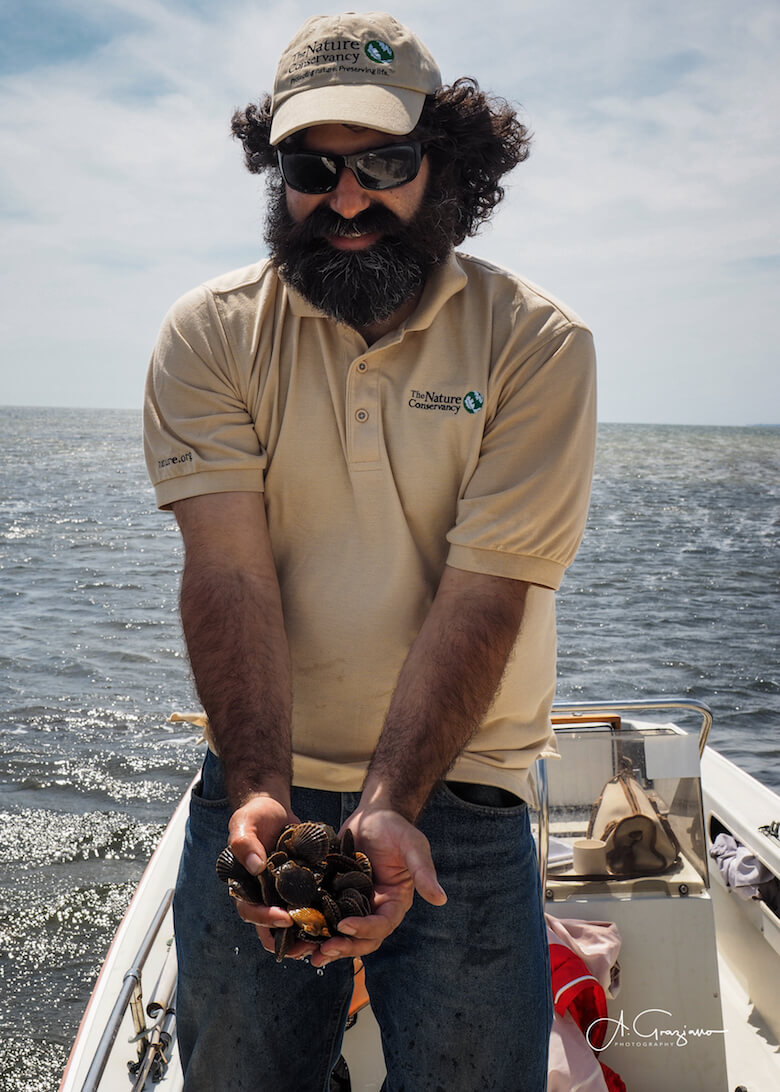 There are innumerable reasons to love living on the East End—and here at Edible we highlight the tastiest of these reasons daily—but most, if not all of them, boil down to one thing: The East End’s proximity to the water.

Like it or love it, ours is a region defined by its access to fresh, delicious seafood and gorgeous, swimmable beaches. Assets that depend on clean and healthy water. It is impossible to imagine the East End without it.

This is why The Nature Conservancy has been working tirelessly for decades: To restore the water quality on Long Island, and protect our bays and harbors for future generations of East End locals.

Longtime residents will remember how our region once supported successful fisheries along every shore. A lot has changed since then. While there are a multitude of reasons for the industry’s decline, environmental issues are, in many cases, at the heart of them. From habitat loss to harmful algae, over-development to nitrogen pollution, these are just a few of the reasons for the demise of so many of Long Island’s most lucrative fisheries.

This is a problem The Nature Conservancy understands—and, after years of work and research, it is a problem the organization is already actively improving.

Their approach to restoring Long Island’s water quality is comprehensive, and hinges on both educational and environmental initiatives.

“We’ve worked very hard to start educating elected officials,” says Kara Jackson, The Nature Conservancy’s Director of Communications. “For us, it is so important to really make sure that they know what the problem is and to try to help them solve it from a large-scale, holistic standpoint. We want to improve water quality Island-wide through policy changes—by encouraging officials to upgrade sewage treatment plants and transition to nitrogen-reducing septic systems.”

Suffolk County has responded well to The Nature Conservancy’s leadership, and as a result, so too have Suffolk County’s waters. Recent upgrades made to the Northport Sewage Treatment Plant made it possible to re-open a beach in Centerport after seven years of being closed due to unclean water. The proof, then, is in the pudding—or, more fittingly, the clam pie. 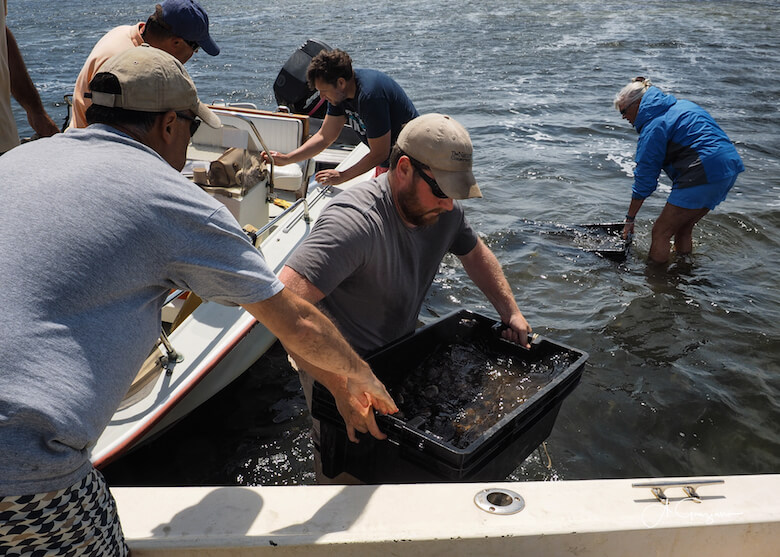 But The Nature Conservancy is not focusing its attentions solely on the County and the officials elected to run it; so much of their outreach is centered on making connections with local residents and homeowners, and educating them on how their behaviors—however silently or invisibly—could be contributing to the decline of the health of our waters, too. In fact, nearly 80% of the electorate in Long Island’s five East End towns voted for the extension and expansion of the Community Preservation Fund to 2050. This will allow up to 20% of revenues to be used to improve water quality. This could raise nearly $2 billion for land protection work and $700 million for local water quality improvement projects. Since 1999, the Community Preservation Fund (CPF) has raised over $1 billion for land and historic preservation in East Hampton, Riverhead, Shelter Island, Southampton and Southold, which cover 40% of Suffolk County’s land.

But despite this progress, there is still much more public education to do.

“There is no reason we should have beaches closed on Long Island,” says Jackson. “None. This is why so much of our goal is to make people aware that this is a problem; so that the next time they see one of their local beaches closed, they’ll ask, ‘Why?’ and, ‘What can we do to fix this?’ We want to engage residents and homeowners by presenting real solutions and introducing them to our region’s potential for real positive change.”

And, of course, The Nature Conservancy is also growing oysters.

“If you have good water quality, you’re going to have good oysters,” says Jackson. “But what some people might not know is that installing oysters can actually improve water quality on its own.”

This is why The Nature Conservancy is growing oysters in the waters off their 2,039-acre Mashomack Preserve on Shelter Island. Each oyster can filter algae and particles from 50 gallons of water per day. And, as every Edible reader knows, oysters offer a lot more than just filtration; they’re delicious—and an important part of our local economy.

“Our goal is to restore fishable, drinkable, and swimmable water all across Long Island,” says Jackson. “Because once we have that, all sorts of prosperity will follow.”

Local residents and homeowners who would like to support The Nature Conservancy’s important work should begin by educating themselves about the issue by visiting the organization’s website. Jackson also encourages locals to familiarize themselves with the LI Clean Water Partnership.

“And then, once you understand the problem,” says Jackson, “you can begin to do more actionable things.”

These actionable things include writing letters to your elected officials, reducing your pesticide and fertilizer use at home, and knowing what kind of waste system you have, pumping it out, and getting it serviced when necessary.

“This is a long-term program and we really need all hands on deck,” says Jackson. “This is for all of us. For the foodies that enjoy local oysters and clams, the work that we’re doing is hopefully going to sustain that industry. For the people who enjoy going to the beach, the work that we’re doing is hopefully going to keep those beaches open and safe for swimming. There are many steps involved in each process, but we’re already starting to make real progress. Suffolk County and the five East End towns in particular have really taken the helm, so the ship is definitely moving in the right direction.”

How lucky we are that The Nature Conservancy is here beside us, guiding our ship to a cleaner and safer home.

For more on The Nature Conservancy, please visit their website.