And it delivers to the East End. 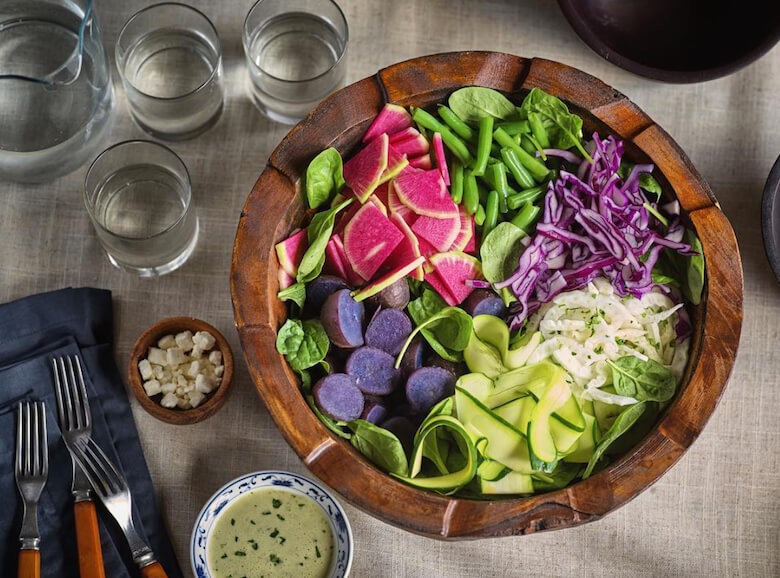 It’s 2017, the year of convenience in dining. A decade ago, an East End denizen would have been lucky to find a comprehensive year-round grocery store; today, meal delivery services like Blue Apron provide a host of opportunities for those interested in cooking-but-like-not-really.

Adding to the oeuvre of options for the convenience-minded is Epicured, a company founded by registered nurse Renee Cherkezian and Richard Bennett, both of whom have a background in fine dining and nutrition. In the practiced hands of research and development chefs Daniel Chavez-Bello (formerly of El Bulli) and Chris Cortez (formerly of La Vara), Epicured provides fully prepared meals with a variety of options. And, news flash: They’re now delivering to Eastern Long Island.

Celebrate #thirstythursday by grabbing one of our Dragon Fruit Smoothies! Not only does the Dragon Fruit lend the drink its beautiful color, but it also packs in an unbelievable amount of phytonutrients and vitamins. We also love Dragon Fruit because it lacks the fructose and polyols that are found in many other fruits. When we combine it with other low FODMAP fruits, like raspberries and strawberries, it provides natural sweetness without the fructose and inflammation! Order today and save $30 when you try Epicured by entering the promo code "SUMMERTIME" at check out. Offer expertise 8/20/2017; only valid on orders of $75 or more. . . . 📷: @benfinkproductions @loridpowell. . . . #getepicured #foodprescribedforyourlife #dietitianapproved #lowfodmap #cleaneating #glutenfree #healthyeating #mindfulness #nyceats #glutenfreenyc #nycdining #guthealth #ibs #crohns #celiac #healthy #summertime #detox #nourish #breakfast #smoothie #pitaya #antioxidant #dragonfruit

Food isn’t frozen. In fact, packaging straddles the line between corporate and homemade (think brown paper containers with handwritten expiration dates—which are generally a few days from receipt of product). The program differs from other popular meal box plans in several ways. Notably, food is completely prepared, and meal instructions, available on the website, suggest time and temperature reheating plans along with offering nutritional information. Containers are freezer-safe, so if you don’t have time to eat that food right now, you can eat it later, which you’d be hard-pressed to do with boxes from other companies that incorporate uncooked produce and protein.

Meals are priced per-dish and per person, though pricing differs depending on the meal chosen. Each week, Epicured posts a menu and subscribers can choose their meals according to their own tastes. Delivery is $10 per order but decreases depending on the volume ordered. Options are plentiful (the week I subscribed, 30 different options, broken down by meal, were available), so a diner, say, who prefers shrimp to her husband’s salmon can be satisfied without having to go grocery shopping in vain.

Not all noodles are created equal! Made from in-season zucchini, our noodles are not only low in calories, carbs and sodium, but they're also a great way to sneak in an extra serving of nutrition veggies! When you pair them with either our bolognese or pomodoro sauce, you get a nutritious, delicious, low FODMAP and gluten-free plate of wholesome goodness! . . . 📷: @benfinkproductions @loridpowell. . . . #getepicured #foodprescribedforyourlife #dietitianapproved #lowfodmap #cleaneating #glutenfree #healthy #mindfulness #nyceats #glutenfreenyc #nycdining #guthealth #ibs #crohns #celiac #health #dietitian #antiinflammatory #nourish #italian #zoodles #food52 #summerharvest

Co-founder Renee Cherkezian considers Epicured to be the culmination of the “essential relationship between the culinary and medical worlds.”

“Our chefs,” she says, “are trained to focus on the concept of ‘food as medicine,’ and integrate their culinary and food science skills to create delicious solutions for restrictive diets that everyone can enjoy. I’m a firm believer that good eating leads to good health. I wanted to create a company that combined both disciplines into one working plan.”

Thus, Epicured, with its science-based, low FODMAP approach, was born. If you’re not in the know—and I wasn’t—FODMAPs (the acronym stands for Fermentables, Ogliosaccharides, Disaccharides, Monosaccharides, and Polyols—chemical components present in some foods) can trigger in many people symptoms of digestive distress. “I realized that there is a group of people, approximately 30 percent of the U.S. population, suffering from digestive disorders that were struggling to find delicious meals that meet their nutritional requirements.” Epicured strives to solve that problem.

But, on a more basic (and less scientific) level, Epicured also provides diners with the convenience of 2017 dining out, along with the health-consciousness of 2017 dining in. Which is to say: You can have your (gluten-free) cake and eat it, too. My box of food was fresh, tasty, and easy to heat, and I wouldn’t necessarily have guessed that it had any particular health objectives in mind. Grilled shrimp over soba noodles had actual grill marks on them and were plump and plentiful (5 to an order, though there is a surcharge for the addition of protein to some meals). My lamb tagine was hearty, homey, and delicious, and a cup of turkey chili had fresh-chopped scallions on top, a garnish I’d be way too lazy to bother with if it had been me in the kitchen. Had my food arrived on a plate rather than in a plant-based compostable box, I would not have known that what I was eating had been prepared somewhere else, by someone I didn’t know.

Currently, delivery in Eastern Long Island is available on Saturday mornings. As the company grows, they intend to offer more options for East Enders—city residents and residents of Nassau and western Suffolk counties can now choose between Monday, Wednesday, and Friday for deliveries.

Do you have to be a man or woman in digestive distress to try—and enjoy—Epicured? Ms. Cherkezian meets that query with a resounding no. “It is a fantastic option for anyone seeking to incorporate mouthwatering, clean, and healthy food into their diet,” she says. Eastern Long Island can be short on convenience, and Epicured provides a remedy. The fact that it’s healthy? Well, that’s the icing on the low FODMAP cake.