By Erica-Lynn Huberty| August 14, 2017 | Photos by Courtesy of Harbor Books

We need to talk about the new tea bar in Sag Harbor’s beloved Harbor Books. 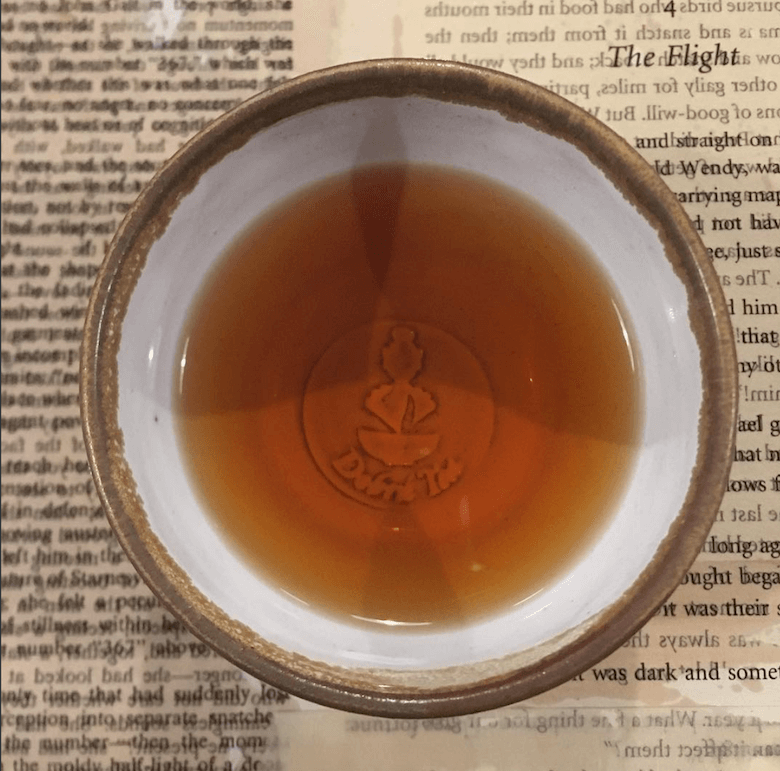 As if we needed another reason to love Harbor Books in Sag Harbor: Their new tea bar does the trick.

C.S. Lewis said, “You can never get a cup of tea large enough or a book long enough to suit me.” To anyone who knows Taylor Rose Berry, owner of Harbor Books in Sag Harbor, it will not be surprising that this is one of her favorite quotes—nor will it be surprising that she can recall a vast number of literary quotes on command. Berry loves all things books, and all things tea. Add cats to that list, and you’ve got the village’s coziest hang-out, which is just how Berry wants it.

It seemed a natural progression for Harbor Books to offer libations, especially of the relaxing but intellectually-stimulating kind. So, when the shop closed for a week this spring (much to its loyal clientele’s annoyance), and reopened with a newly-built beverage bar, shoppers and readers were delighted—but perhaps just a little surprised that said bar wasn’t serving up more of the usual coffee drinks.

“Tea and books have always naturally gone together,” says Berry. “There are so many places to get coffee but there are virtually no real, authentic tea bars on Long Island.”

Books and tea (and cats, for some of us) are soothing and immersive unlike anything else. It is a complete sensory escape to hold an actual paper-and-cloth book on one’s lap while sipping a steaming cup of tea, your mind and emotions lost in a world created by someone you probably don’t even know, but who wants more than anything for you to live in that world with them. Think: Mug of bergamot-infused Earl Grey with cream and honey, add Tolkien’s Lord of the Rings trilogy or Brontë’s Wuthering Heights; or an invigorating Red Rooibos and lemon, with a side of Larsson’s Girl with the Dragon Tattoo or Atkinson’s Life After Life… Are you with me?

Tea itself—the drink and the act of making the drink—has for centuries been a balm against stress, illness, and idleness. A single cup comes with the ceremony and history of the ages. The Japanese have several complex rituals involving the making and pouring of tea; the English (I count half my family among them) cannot suffer a cloudy day let alone an actual crisis without putting the kettle on and downing a proper cuppa. Berry herself came to know and love tea while in college in Vermont, where a well-known Eastern European “tea-osk,” Dobrá Tea collective has existed for decades.

Sourcing from around the world and making everything by hand, this Prague company, now 40 tea bars strong in Europe (Harbor Books was the 10th in America), is the most comprehensive and authentic of its kind. It was founded in the 1970s, during the Czech Republic’s Velvet Underground, a communist-era resistance that gave birth to an underground culture of traded books, essays and music.

Harbor Books’ Dobrá tea bar is a first in that it’s installed within a store, but when Berry invited the company to assess the possibility, they were instantly won over by the atmosphere of the shop itself, the books and reading nooks, and the village of Sag Harbor. Next step for Berry was intensive training—including trying and learning how to make 500 different teas. The tea menu at the bar is more like a book, too, and one can get just as easily lost in reading the poetic mix of ingredients as one can get lost in a book while sinking into one of Harbor Books’ easy chairs (with your steaming or iced tea—see how this works?). The recipes from Dobrá are vast and creative.

An hibiscus tea lemonade has become a summer favorite at the shop—it’s beautifully-colored and incredibly refreshing. Drink devotees have dubbed one concoction “Harbor Books Chocolate Milk”—it’s actually an elderberry tea with agave, coconut milk and tapioca that is deliciously chocolaty tasting. The vanilla chai latte is an instant pick-me-up, as is the honey-infused hand-frothed matcha green tea. And you can forget going down (or up) the street for a bubble tea—Harbor Books makes their own, from scratch and from real Taiwanese tapioca root, its rich blackberry color entirely its own.

The tea leaves—be they white, green, red, jasmine, or the in-between black and green oolong—come from fair trade farms, “which is really important to me,” says Berry. As is tea’s impact on the drinker’s health. Berry’s husband recently gave up coffee for tea (“It was shocking, really,” she laughs), and when a fellow co-worker came down with a migraine from Lyme disease, Berry quickly dispensed a soothing, medicinal (yet delicious) blend of peppermint, licorice, chamomile and Tulsi basil that did the trick.

An herbal tea is a “tisane,” notes Berry, “as apposed to actual tea—which is only ever from one plant; the color and strength comes from how long the leaves are dried.” She is very knowledgeable about such things. For instance, the amount of caffeine is lessened with each infusion, but no real tea is completely caffeine-free (only herbal tisanes are). One might sit for hours, pouring over Harbor Books’ tea menu, conversing with Berry on all things tea; hypnotized by the process before you, the sights and smells, the tastes… and of course, accompanied by a good book.