Tomorrow in East Hampton, Enjoy a Celebration of Oysters at Author’s Night

A chance to mingle with celebrity authors and celebrate bivalves? Sign us up. 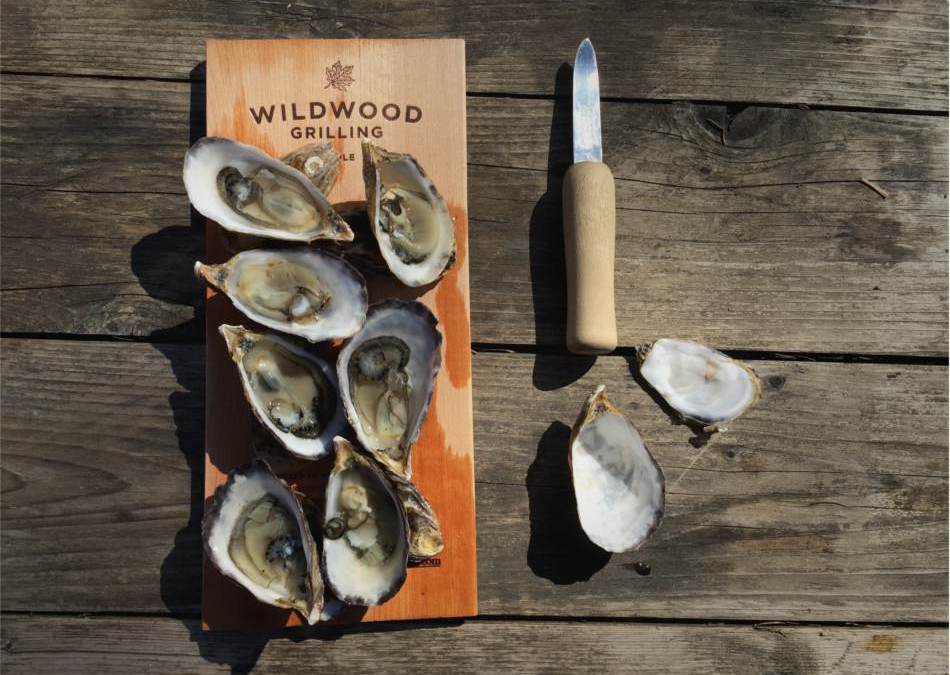 “I do not weep at the world—I am too busy sharpening my oyster knife,” said Zora Neale Hurston.

The author is quoted in “Oysters: A Celebration in the Raw” one of over 100 books to be featured at the 13th annual fundraiser for the East Hampton Library. Sip some rosé, have some hors d’oeuvres and shop for books. It helps to have a date to carry your books.

Authors sign books and chat, depending on how long their line is. Competition is fierce under the tent and it can get steamy, with a thousand or so folks. Christie Brinkley, Alec and Hilaria Baldwin and Gwyneth Paltrow are regulars. Celebrity sightings always put the fun in “fundraiser.”

After the reception, things get even more intimate. Authors like Annie Falk (Hamptons Entertaining: Creating Occasions to Remember) and Alex Guarnaschelli (Old-School Comfort Food: The Way I Learned to Cook) host dinner parties at private residences throughout the Hamptons. Tickets are limited and sell out early. There’s always next year!

For now, let’s talk oyster diversity. After years of being over harvested, the bivalve is back on the rise. “Oysters: A Celebration in the Raw” by foodie pioneer Marion Lear Swaybill and restaurateur Jeremy Sewall celebrates the inner and outer beauty of the shellfish with photographs by Scott Snider.

The farmers who made the oyster comeback a possibility are front and center in the book. Sewall, who owns Island Creek Oyster Bar and Row 34 in Boston, has partnered with oyster farmers in Massachusetts and treats the so-called aphrodisiacs (it’s the zinc) as if each were a fine wine, referring to their “merroir.”

As the title suggests, the authors champion their oysters cold and raw. If adding anything, it should be a classic mignonette sauce. Here’s Sewall’s:

A public house on Broad Street in New York City was the first to serve “Amboys, Jamaicas and Rockaways” in 1763. Today, we have Diamond Jims grown by Ted Bucci in Norfolk, Long Island and Peconic Golds grown by Matt Ketcham in Peconic Bay, Long Island.

Atlantic oysters, Crassostrea virginica, make up 85 percent of harvested oysters in North America. There are only four other species. However, “merroir produces hundreds of varieties that are distinct in taste, texture, and appearance.”

The Atlantic is saltier than the Pacific for starters. “Different seaweeds produce different notes – fruity, nutty, citrus, mineral, metallic, and vegetal among them.” Flavors are more cucumber-like in British Columbia and more melony in Washington.

Flipping through the handsome pages of “Oysters” makes me want to pull up my waders and join EHSEED, the East Hampton Shellfish Education and Enhancement Directive. I could have my own private stash of oysters, for a little elbow grease.

The program is based on the Cornell Cooperative Extension Suffolk County, Southold Project in Aquaculture Training, or “Spat” on the North Fork. Oyster gardens serve as a spawner sanctuaries, pumping waters with larval shellfish. Members serve as stewards and their gardens help improve the water quality. Each oyster filters up to 50 gallons of water a day.

Each member receives 1,000 oyster seeds, instructions and gear until harvest, for around $250. The EHSEED pilot program in Three Mile Harbor started with 15 individuals or families last year. That number has tripled with more waters approved by the town this summer. Members cannot sell their oysters but they can share and enjoy!

“Oysters” wouldn’t be complete without a chapter on shucking. It is an art that involves practice with certain sharp tools. The size of the knife should coincide with the size of the oyster. Just saying.

East Hampton Library’s Authors Night book signing reception tickets cost $100 and may be purchased at the Library as well as at the event guest entrance at 4 Maidstone Lane East Hampton Village Saturday, August 12th from 5 p.m. to 7:30 p.m.