This Month at Guild Hall, Stir the Pot with World-Renowned Chefs

Chefs Jacques Pépin, Michael Symon, and Daniel Humm will all visit Guild Hall for their “Stirring the Pot” series. 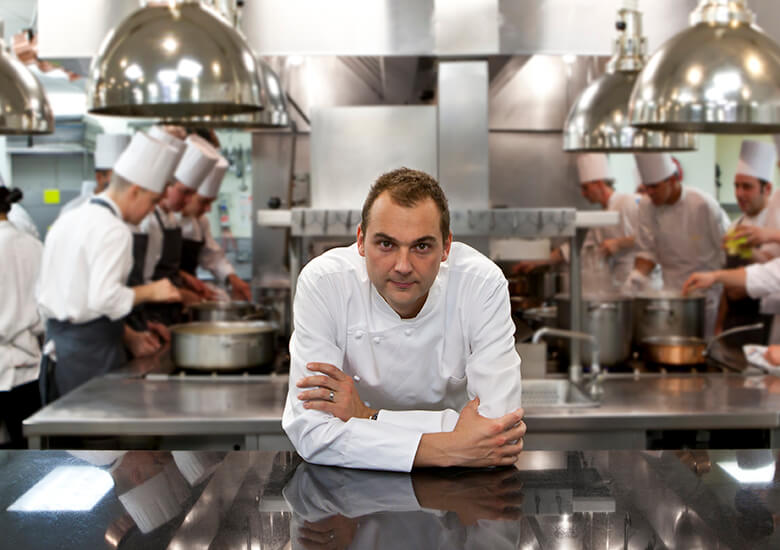 As in summers past, Guild Hall will usher in August of 2017 with its “Stirring the Pot” series, featuring renowned chefs in conversation with food writer Florence Fabricant. This year’s culinary celebrities are Chef Jacques Pépin, television personality Andrew Zimmern, Chef Michael Symon, and Chef Daniel Humm.

The series kicked off on Sunday, August 6 with Chef Jacques Pépin. Pépin, a multiple James Beard Award-winning chef, rose to fame in 1959 when he arrived in the United States from France to work at New York’s Le Pavillon. He has published 25 cookbooks and has hosted numerous television programs, including PBS’s “Julia and Jacques Cooking at Home” with Julia Child, for which he received a Daytime Emmy Award. Currently, Pépin works as the Dean of Special Programs at the International Culinary Center (formerly the French Culinary Institute).

On Sunday, August 13 at 10 a.m., television personality and food celebrity Andrew Zimmern will appear. Zimmern was awarded a James Beard award in 2010 for his work on television. He is currently the host of the Travel Channel’s “Bizarre Foods with Andrew Zimmern,” as well as several spinoff programs. He is also a contributing editor to Minneapolis’ Mpls. St. Paul Magazine, as well as a senior editor at Delta’s Sky Magazine.

Appearing on Sunday, August 20 at 10 a.m. is Chef Michael Symon, a chef and restaurateur based in both Cleveland and New York. Symon is a recipient of a James Beard Award (2009, Best Chef, Great Lakes) as well as a Daytime Emmy Award for his work on ABC’s “The Chew,” which he has co-hosted since 2011. He has authored several cookbooks and continues to contribute to e-books distributed by his television program.

To close out the series, Chef Daniel Humm will appear on Sunday, August 27 at 10 a.m. Swiss-born chef Daniel Humm is the executive chef and co-owner of The NoMad, Eleven Madison Park, Make It Nice, and the 2017 East Hampton pop-up EMP Summer House. This year, San Pellegrino’s World’s 50 Best Restaurants rated Eleven Madison Park the best restaurant in the world. Humm is the recipient of two James Beard Awards, as well as Food and Wine Magazine’s Best New Chef Award (2005). He and his partner, Will Guidara, have authored three cookbooks together.