PSA: A Southern Town General Store is Rolling into the Hamptons

The Hamptons have a new destination for all things delicious. 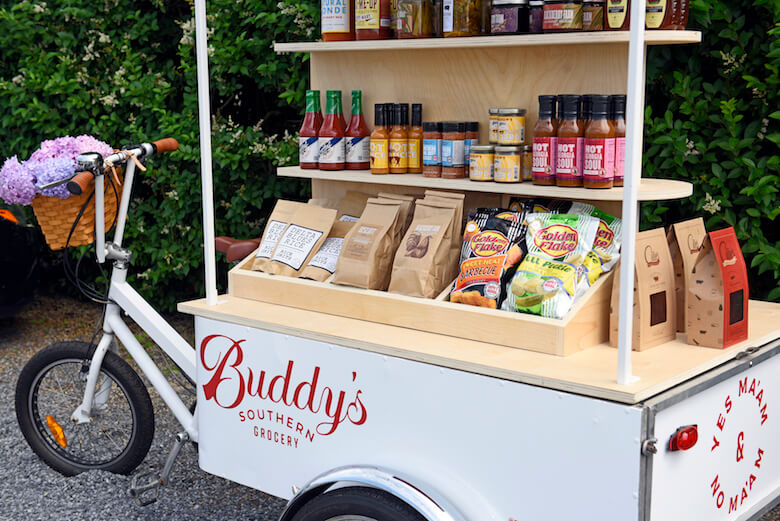 A Southern small town general store on wheels is open on Saturdays and Sundays through August at various locations in the Hamptons. Photo courtesy of Buddy’s Southern Grocery.

Blackberry jam, buttermilk biscuits, bread and butter pickles, fried chicken. If your mouth isn’t watering right now, I’m not sure we can still be friends. The latest addition to the summer dining scene, Buddy’s Southern Grocery, is rolling around the Hamptons.

The small town general store on wheels is open on Saturdays and Sundays through August at various locations. You want to track it down on Instagram. Buddy’s Southern Grocery is packed with handpicked Southern foodstuffs, including several that are available for the first time in the area like Cochon Bread+Butter Pickles, Blackberry Farm Blackberry Jam, Dreamland BBQ Sauce and more. 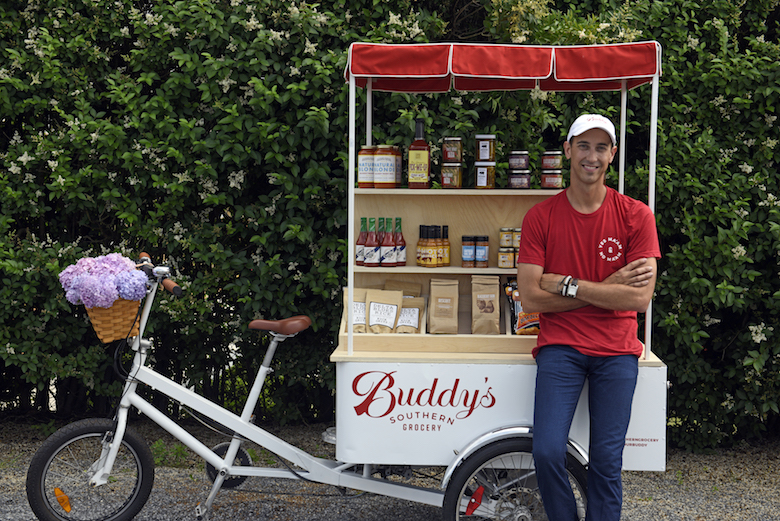 “I’ve always loved entertaining, having people over and cooking for them and so many times I’d want to serve things that I grew up on, that are my favorite flavors, and I just couldn’t find them,” Sam Masters said .

Masters, who was born and raised in Alabama and is the creative director for Lela Rose, is the creator and curator of Buddy’s Southern Grocery.

Serving bloodies at the shop today. Feels like game day

A few of his must-tries:

Callie’s Charleston Country Ham Cocktail Biscuits: “You literally put them in the oven for 40 minutes and they are so good.”

Natural Blond Bloody Mary Mix: “It uses yellow tomatoes so it’s really light. It’s one of the most popular items.” 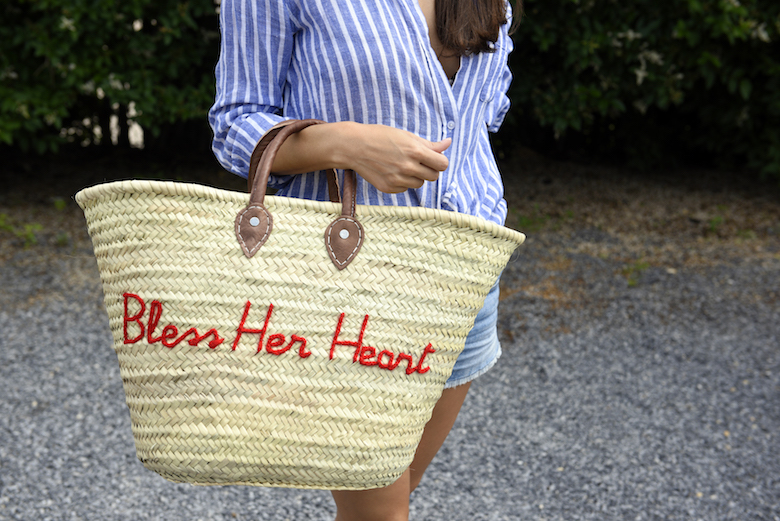 Find straw, woven totes embroidered with Southern bon mots like “Bless Her Heart” in the store too. Photo courtesy of Buddy’s Southern Grocery.

Buddy’s also has limited-edition fashion goodies, such as aprons in partnership with Billy Reid and Poolside Bags embroidered with Southern bon mots “Yes Ma’am, No Ma’am,” “Bless Her Heart” and “Who’s Your Buddy.”

When the summer winds down, Masters plans to have a few pop-ups in the city and is hoping to find a permanent space in the Hamptons for next summer.