The center feeds its visitors a succession of art exhibits, programs, and amazing meals. 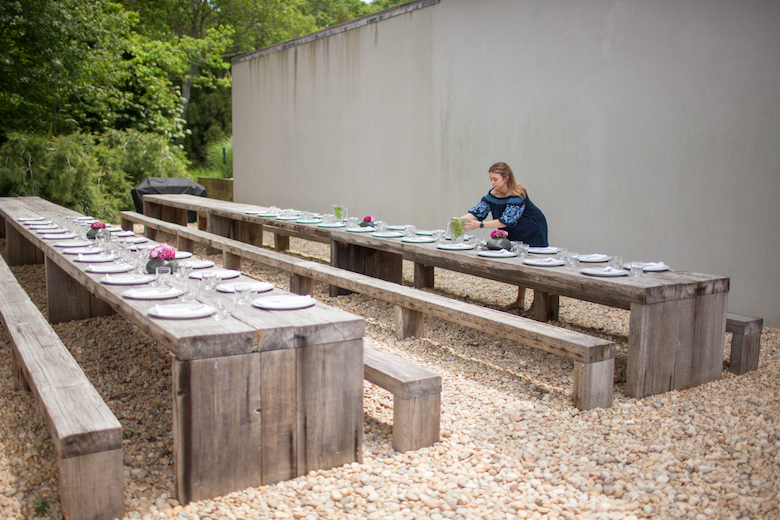 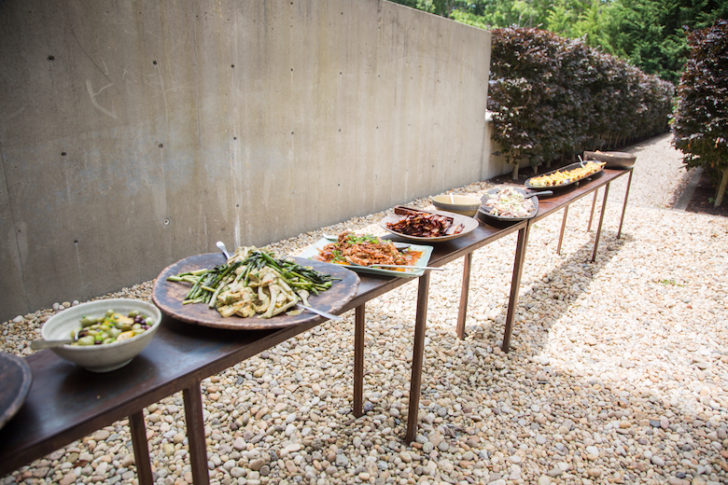 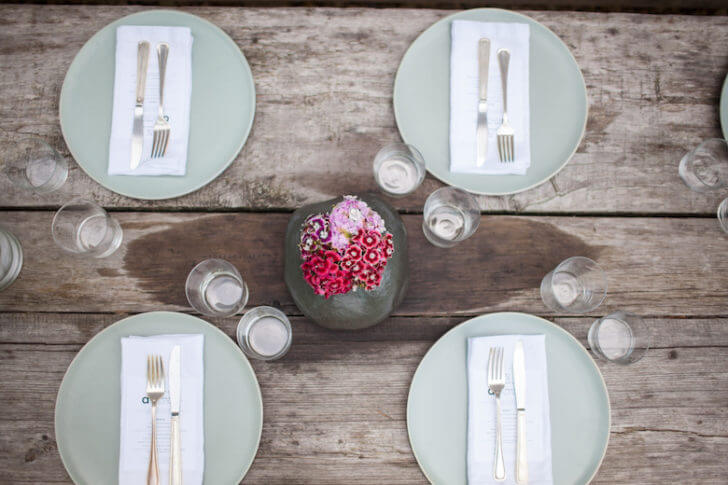 Like a gigantic, gray monolith, The Watermill Center rises out of the Shinnecock woods. Its stone walls and courtyard statues a sharp contrast to the profusion of greenery surrounding it.

Originally a Western Union research lab when it was built in the 1920s, the facility sat abandoned for nearly 20 years before it was discovered by theater and visual artist Robert Wilson in 1986. He purchased the property in 1989 and set about to renovate and develop it into a creative space for himself and other artists.

In 1992 Wilson founded The Watermill Center as a creative environment and resource for artists around the world. Today the center includes over eight acres of green lawns, gardens, and studio space that includes several galleries, a library, kitchen, living spaces, as well as Mr. Wilson’s art collection. 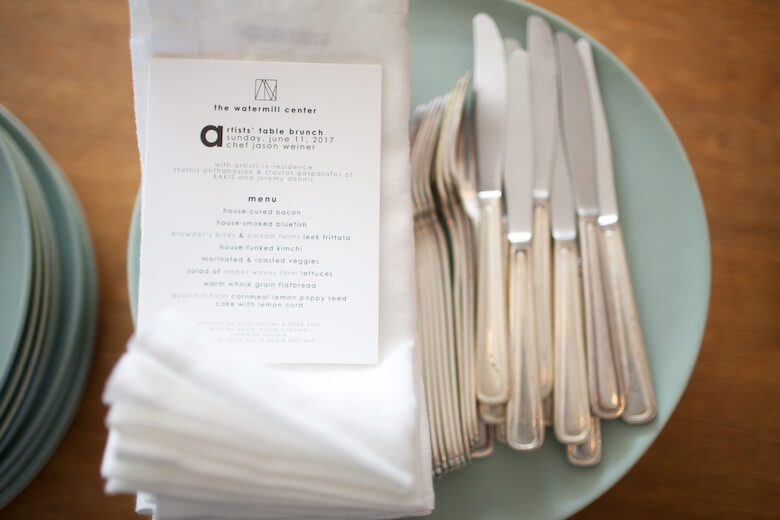 There is also has an artist residency program that offers young artists space to live and access to the center’s resources while working on their own projects. The program includes a presentation, which the center has turned into an opportunity to include the public: The Artists’ Table Brunch.

“We invite the community during their residency to see their process,” Danielle Mayer, the center’s communications director explained. “It can take the form of a talk, even an open rehearsal if it’s a performance. They give presentations during the breakfast and the artists enjoy the feedback.”

During the spring brunch visitors sip wine and bloody marys as they view the work of June’s artists-in-residence, Bakis, a two-man performance art troupe from Greece and local Shinnecock visual artist Jeremy Dennis.

Dennis, a member of the Shinnecock Indian Nation, is creating a website that will showcase every known Native American site on Long Island. “On This Site” will include an interactive map, as well as photographs of the landscapes taken by Mr. Dennis. 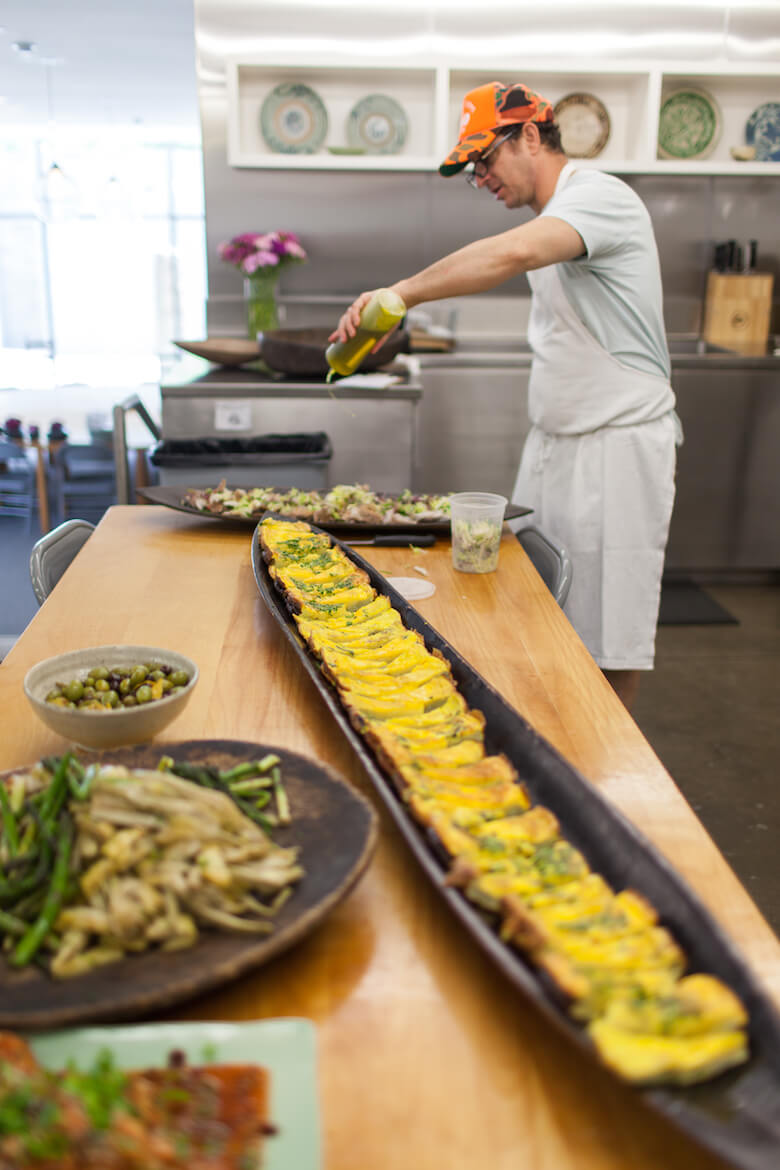 “The Robert Wilson collection has such a nice library,” Mr. Dennis said. “There’s a huge table in my temporary studio space, where I have over 200 books I’m using as resources during the two weeks that I’m here.”

Next visitors are ushered upstairs, where a piece of performance art is being screened on the wall of a darkened studio. Titled “Men Look At Women. Women Watch Themselves Being Looked At”, the performance includes an electronically wired piano and multiple projections showing live and pre-recorded video of a female subject.

“We all play a role on social media,” Mr. Anthansiou explained. “But women play two roles, the image they project and the image they are supposed to project to please the male population.” 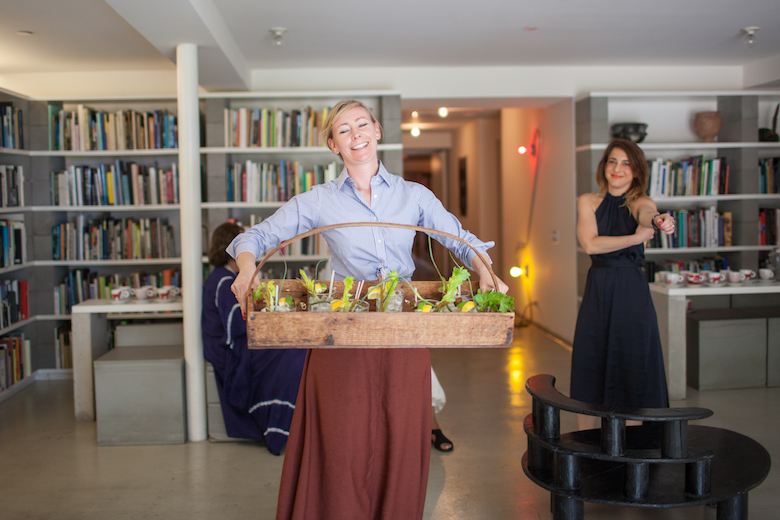 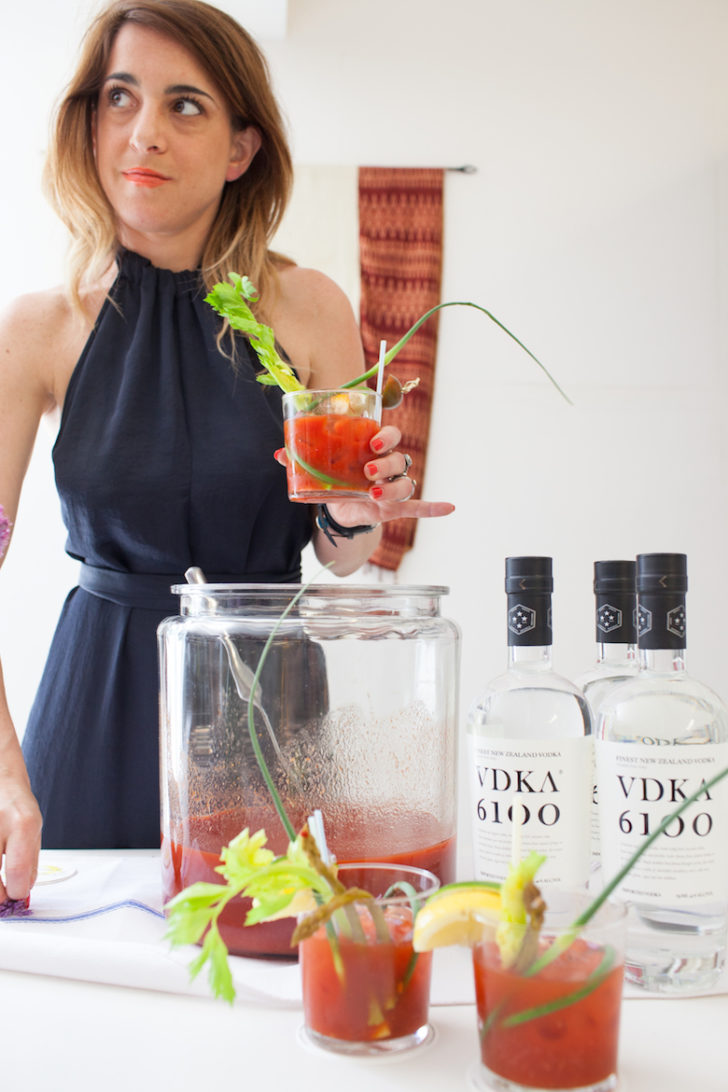 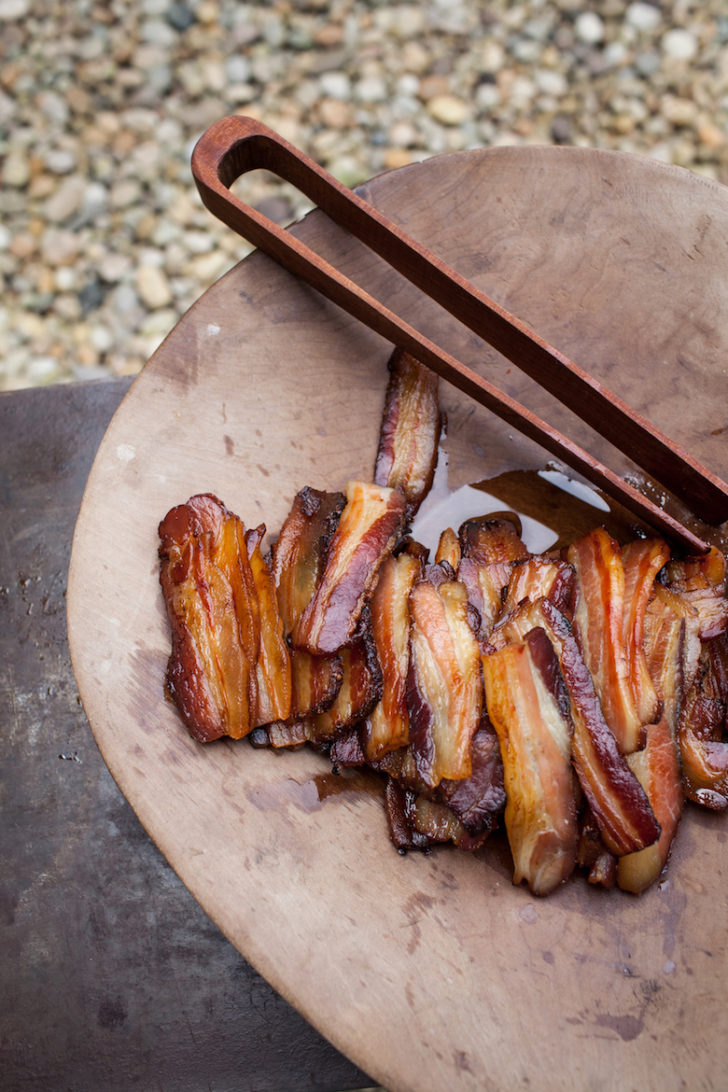 Appetites have been growing and after the presentations, both visitors and artists gather outdoors where long tables have been set up for the brunch, a work of art in itself, created by Jason Weiner, executive chef, and proprietor of Almond restaurant in Bridgehampton.

Once satiated, visitors and artists continue to loiter, spending the afternoon in conversation.

“This place offers great opportunities for people from all over the world and locally to come together,” Elka Rifkin, the center’s director said. “When we see art in a museum, we see the finished product, but when you come to Watermill you can talk to artists in the middle of the creative process, which doesn’t happen in other places. I want to continue that legacy.”

The next Artist’s Table Lunch will take place at The Watermill Center on Sunday, October 1, 2017. For more information—or to purchase tickets—please visit the center’s website.