From Farm to Pint, Jamesport Farm Brewery Does It All

The farm-brewery will open any day now—and the community couldn’t be happier. 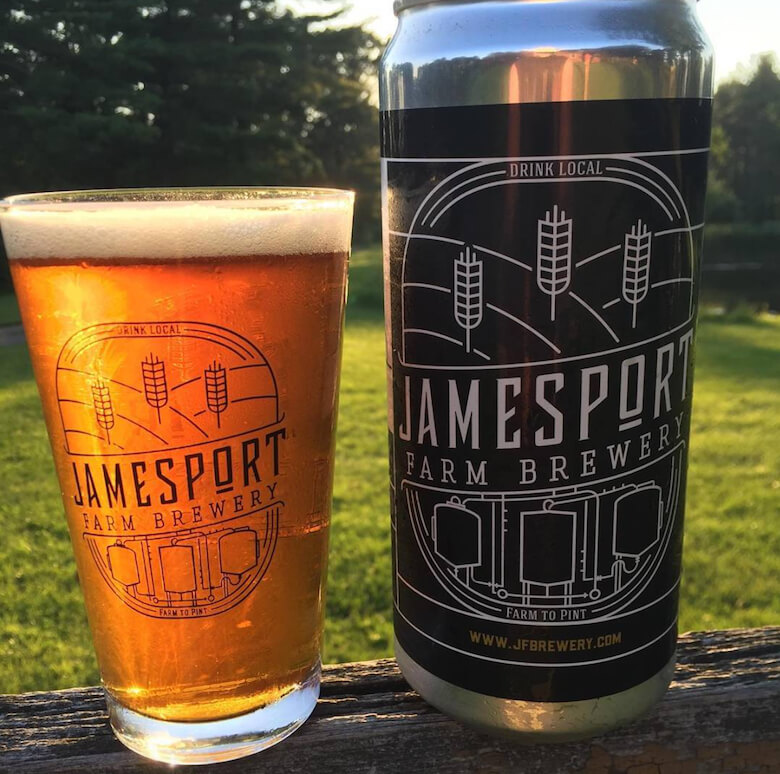 The Jamesport Farm Brewery will be opening any day now, but it’s been a long time coming. The partnership between Melissa Daniels and Anthony Caggiano, co-owners of the neighboring Plant Connection nursery, and Russell Ireland, owner of the land both businesses occupy, has been patiently waiting for the 5 years it’s taken for their hop vines to mature and produce a significant harvest. Last year, they celebrated their increasing harvest with the first annual Fresh Hop Fest, held in late September.  Mark your calendars for this year’s, on September 23.

At the Fresh Hop Fest, local brewers and drinkers gather in the Jamesport Farm Brewery hop yard to sample beers recently brewed with freshly harvested hops, instead of the dried hops usually used for flavoring. As their hop harvest has grown, the brewery has sold hops to other breweries, and the local brewing community has been very helpful as they’ve gone through the process of building their business.

The owners renovated an existing potato barn on-site to be used as a production facility and tasting room. Since they are located in an agricultural zone, under the new state farm brewery laws, they must grow 51% of their ingredients.

“We plan to be closer to 70-100%, and to source everything else locally or in state,” says Daniels. They will grow their own barley, which will then be sent elsewhere to be malted. Last year, they grew some barley and made beer with it, but this year they’ve increased their production.

The brewery plans to have their soft opening this month or next, with an official opening slated for Saturday, August 26. In addition to beer tastings and special events, they’ll have farm tours and a farmstand to sell other produce they grow. Eventually, they want to grow wheat, corn, pumpkins and other fruit to incorporate into their beer and highlight seasonal flavors. Growlers will be available to be filled, and crowlers will also be for sale. The 32-ounce large cans will be canned on site. The outdoor areas will be dog- and family-friendly. Initial brews include a pale ale, brown ale and IPA.

The 43 acre parcel that includes the nursery and brewery has its development rights in tact, and the partners hope that this venture will be a way to keep it a working farm for the foreseeable future.

“The neighbors have been great. We’re going to close at 9pm and not be a crazy bar,” Daniels says. They plan to supply kegs to local restaurants, but don’t plan to bottle or distribute their product beyond the farm.

“We want to connect the farm to beer,” says Daniels.