Mykonos by Way of Water Mill: Calissa Brings Greek Cuisine and Hospitality to the East End

Can’t make it to the Greek islands this summer? No worries; you can still enjoy their flavors at Calissa in Water Mill. 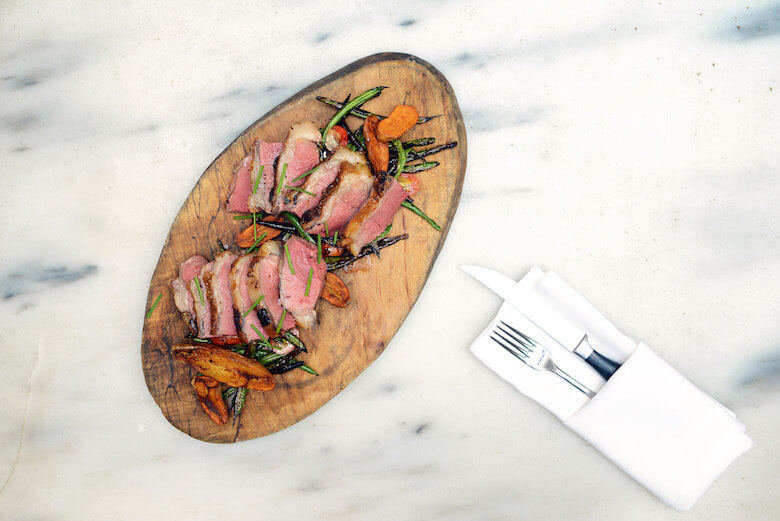 This summer, head to Mykonos—by way of Water Mill.

Think Mykonos and you’ll conjure visions of the bluer than blue Aegean Sea, gleaming yachts under the sun, and glam red-eye parties. But that’s not the Mykonos restaurateur James Mallios, of Amali and Periyali fame, wants to celebrate with the opening of Calissa in Water Mill.

“There’s so much more to Mykonos than the party scene,” said Mallios, who has been vacationing on the island for more than 20 years. “I love its timeless atmosphere and the fabulous ingredient-driven cuisine.”

Now transporting hungry nomads from the throes of Route 27 to the Cyclades Islands may seem like quite the challenge, but Mallios and his partners have indeed built a Mediterranean oasis—albeit with valet parking! 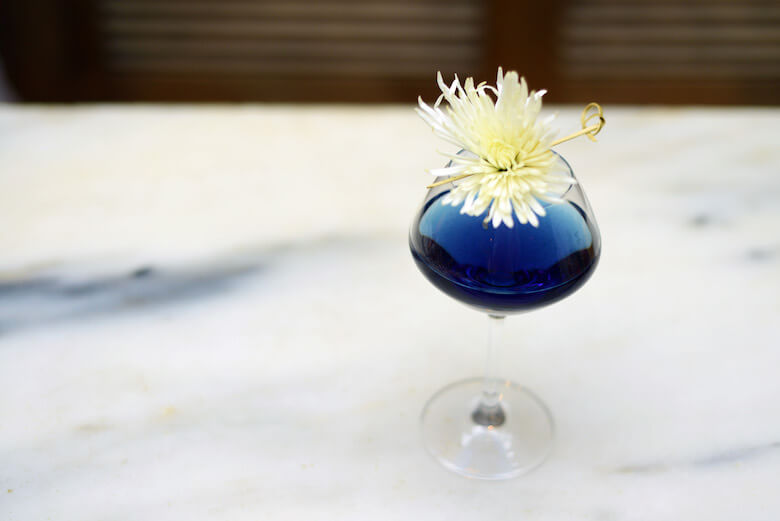 The bluer than blue Aegean Sea is well-represented on Calissa’s cocktail menu.

Behind a row of cypresses, Calissa welcomes diners with rope-accented outdoor furniture and decorative evil-eye pillows shipped directly from Mykonos. Cozy bamboo ceilings float over baskets of lemons and lavender bouquets while the well-positioned bar— half inside, half outdoors—runs the length of the entryway that leads to the dining room and the open kitchen.

There Chef Dominic Rice, late of Jean-Georges and Narcissa, is whipping out what Mallios calls “updated Greek.” Their inspiration? A simple taverna on the island where locals and travelers share colorful, bountiful plates.

“What I love about Greek cuisine,” said Rice, is the combination of simplicity of ingredients with the complexity of flavors.” The chef adds a little acidity to jazz things up and some subtle heat— a taste he may have developed from his days at Jean-Georges. 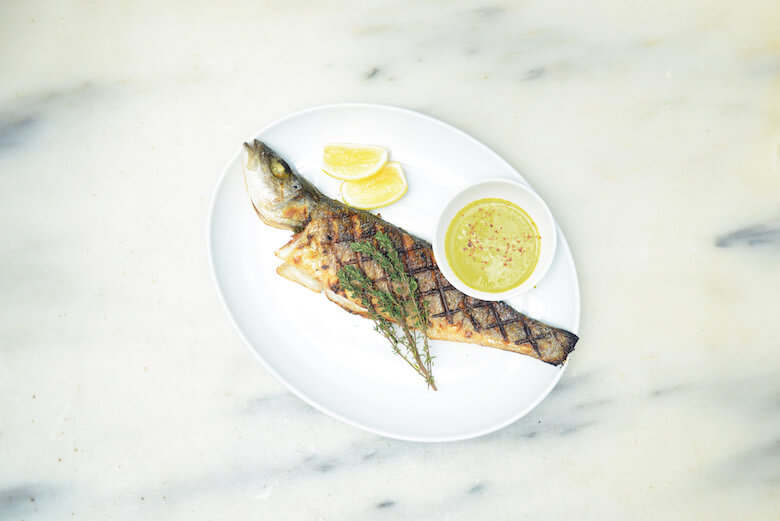 Best to save your Instagram post for the stunning whole fish baked in salt crust and your appetite for the “thieves’ lamb,” named for the thugs who stole the animals and cooked them in the ground to hide the smoke. On Mykonos, and in Watermill, they’re long gone but the stories and the recipes remain.