From Spuds to Spirits in Sagaponack 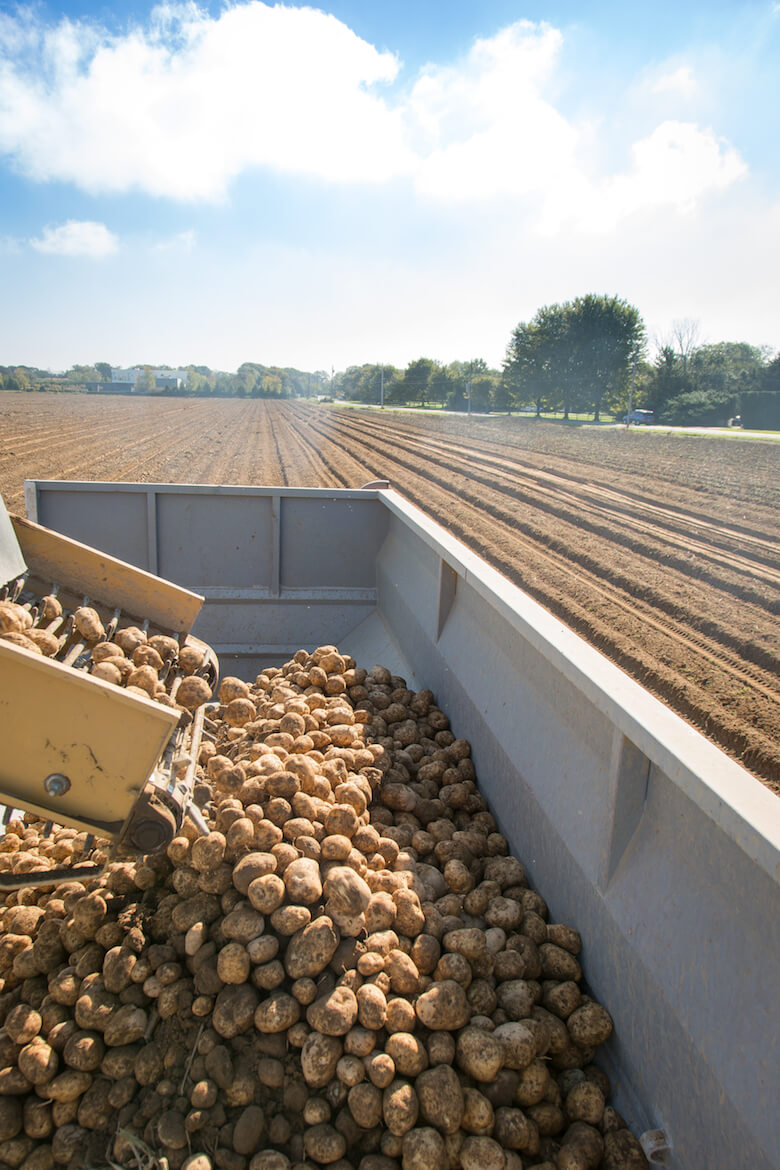 It’s the second time in Dean Foster’s lifetime that less than 100 acres of potatoes were planted on his family’s fifth-generation farm in Sagaponack. Last year was the first.

Although he might be nostalgic for the good old days of East End farming, when growers could plant hundreds of acres of table stock crops like cauliflower and potatoes and still turn a profit, he isn’t losing sleep over it. Instead, he’s pouring that energy into his new business venture: Sagaponack Farm Distillery.

And in case you’re feeling bad for Foster, let’s just get one thing straight: He’s pretty excited about it. 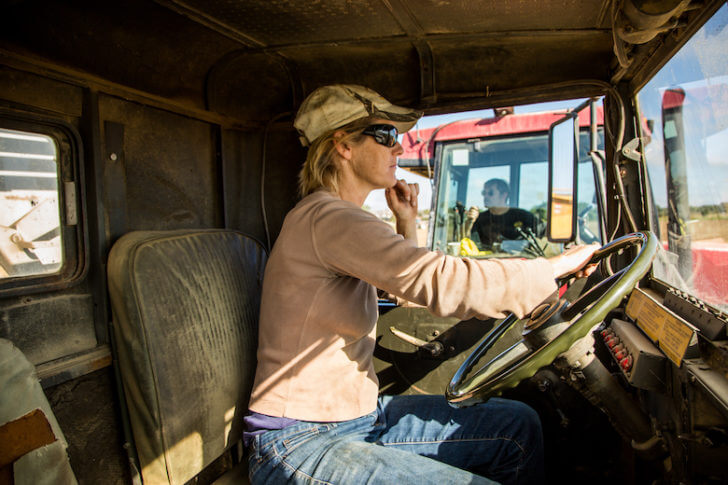 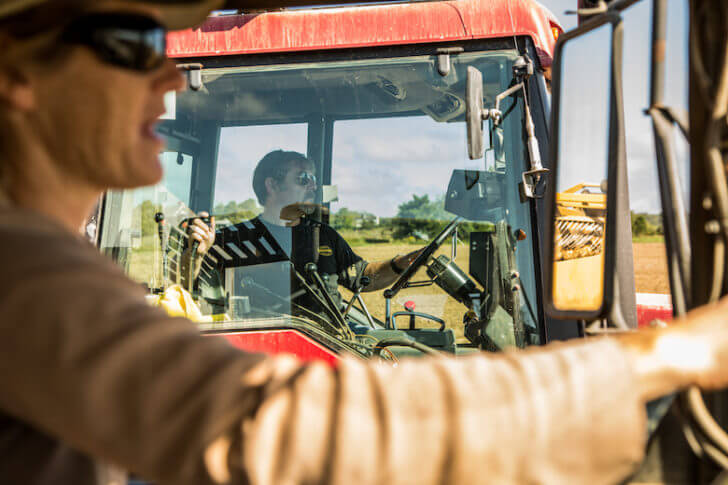 “I’ll go out by the fireplace and sit down with a small glass with just a little ice cube,” and sip it, Foster says as he explains that Sagaponacka Vodka—their namesake potato-based 180-proof liquor—is so tasty it doesn’t even need mixers. Continuing, he says that they’ve been experimenting with differently pigmented potatoes, to add subtle nuances of flavor that other kinds of grain-based vodka just don’t have.

Thanks to New York State legislation like the Farm Distillery Act and the New York Craft Act, small-scale alcohol producers have been popping up all over the state since 2007. In Long Island alone, there were two farm-based distilleries in 2011, now there are eight. 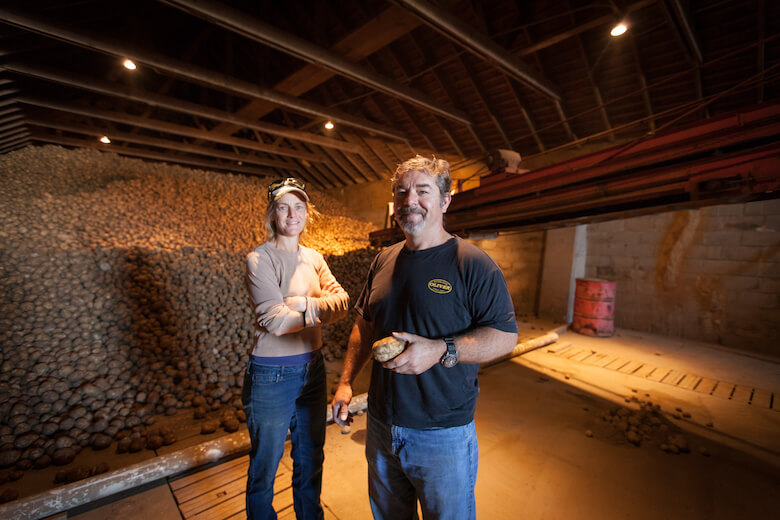 Calling it a “golden age” of agriculture, Stefan Fleming, assistant director of industry development at Empire State Development, says that these recent acts have helped establish a liquor industry, giving financial incentives and tax breaks to producers who source 75 percent of their distillables from the state. He credits millennials in part with the “buy local push” and hopes that the recent laws could create a new industry, similar to how the Farm Winery Act boosted the state’s anemic vineyard businesses in 1976.

However, Foster and business partner and brewer Matt Beamer are taking the local approach one step further, establishing the distillery as one of the few in the state that grows all their own products on-premise. Their unique farm-to-bottle approach leaves for a lot of agency and ingenuity for the pair. They have plans for a grain vodka and rhubarb liquor as well as whiskeys, which will be aged for over two years in oak barrels. 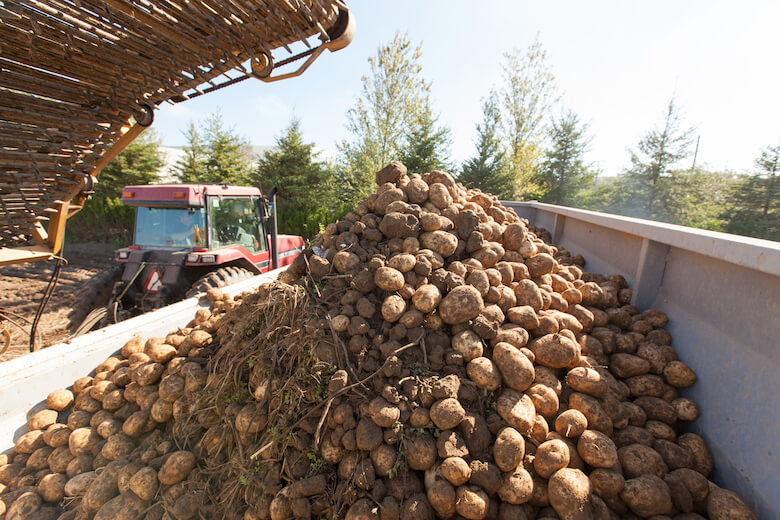 “There’s a lot of good wines, but damn if you get a good whiskey,” says Foster.

As we discuss future plans, the pair’s enthusiasm for research and development is infectious, with the 48-year-old men discussing the taste of an American-style whiskey that Beamer has been working on.

They hope to translate their excitement to the tasting room, where they plan on planting an educational plot where visitors can see what potato plants look like or smell some of the herbs that are incorporated in their future beverages. Built in a nearly 100-year-old farm structure, the tasting room should be up and running by mid-summer.

Beamer is especially enthusiastic about a window in the tasting room that allows patrons to look out onto the distilling facilities. After participating in the building of two other tasting rooms, he knew this peek into their facilities was important. And besides, he says the copper Bavarian Holsteins are “literally art.”

That’s not to say that the shift from growing nearly 500 acres of potato and corn to planting small batches of potatoes and grain as test crops hasn’t been strange for Foster, although he knows the pivot was necessary. Thinking back on the business, Foster says that the North American Free Trade Act or NAFTA that was passed in the ‘90s was “the beginning of the end for me.” 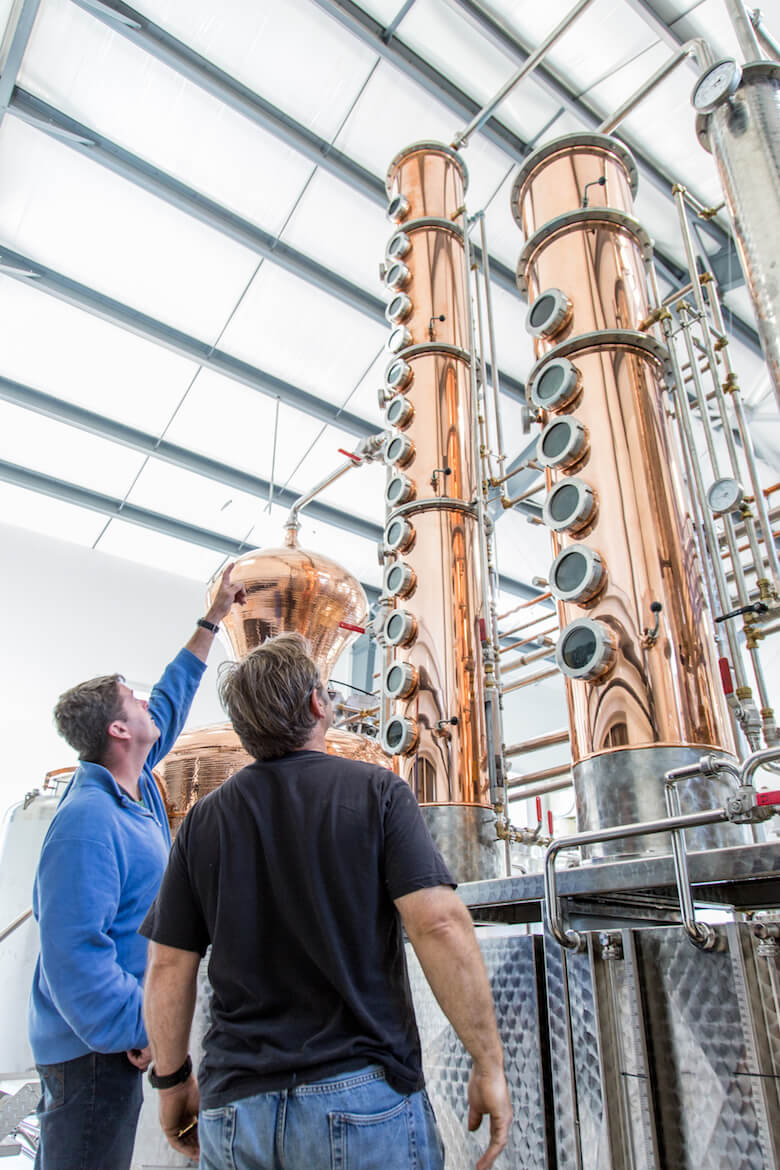 At the time, Foster Farms exported 85 percent of their wholesale potatoes to Puerto Rico. Foster remembers visiting one of the processing facilities in Puerto Rico in 2001 and saw Canadian posters and signs all over the wall.

Realizing that, “the Americans just couldn’t afford to grow these crops as cheaply as others,” he decided to shift to growing for domestic consumption, but the past five to eight years saw even that market fall off. Between high labor costs on the East End, the inflated costs of diesel fuel and some of the highest land values in the country, Foster knew he’d have to switch the business model if he wanted the farm to stick around for another 100 years.

Saying that he could farm “with one hand behind his back,” Foster admits that it isn’t the growing that’s difficult; it’s the mentality. He says, “It’s in my blood … you get used to doing something that your family’s done for 100 years.” 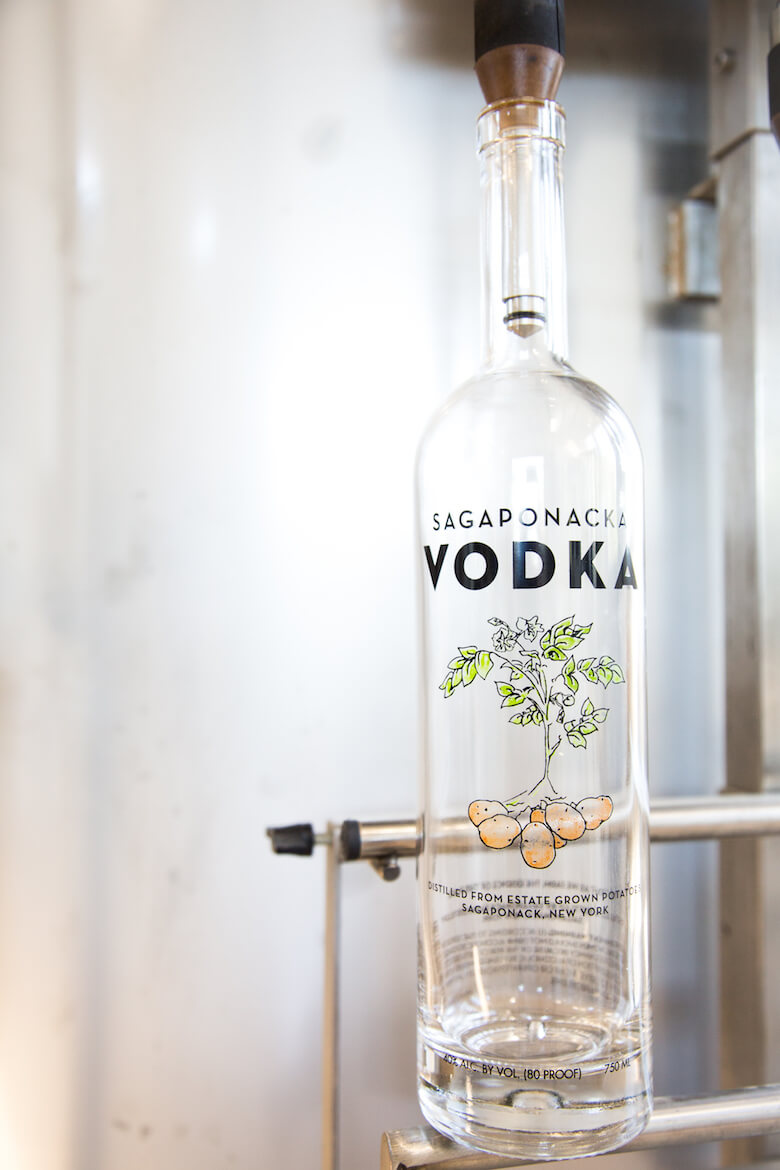 Sagaponacka Vodka is available in liquor stores from Montauk to Southampton.

Local liquor stores and restaurants are equally excited for the hyper-local business, and Sagaponacka, the distillery’s first product, is available in liquor stores from Montauk to Southampton. A potato-based vodka, it has hints of vanilla and a jammy flavor, which Beamer says is thanks to the high-quality spuds. “[They’re] not something I’m buying off the shelf from a wholesaler,” he says.

The liquor is also available in local restaurants like Buckley’s Inn Between and Old Stove Pub. In Bridgehampton, Almond has already created a martini-style drink with the vodka, calling it “The Dirty Foster.” Local legend chef Jason Weiner said that the drink “practically created itself” as Marilee Foster, Dean’s sister who is also involved in the new venture, has been supplying Almond with her fresh vegetables for nearly 10 years.

“We want to be part of this whole drink-local, eat-local farm movement,” says Foster, who admits he feels very supported by the East End food community. “It’s pretty special to be from an environment that can feed itself.”