The Straw That Broke Montauk’s Back 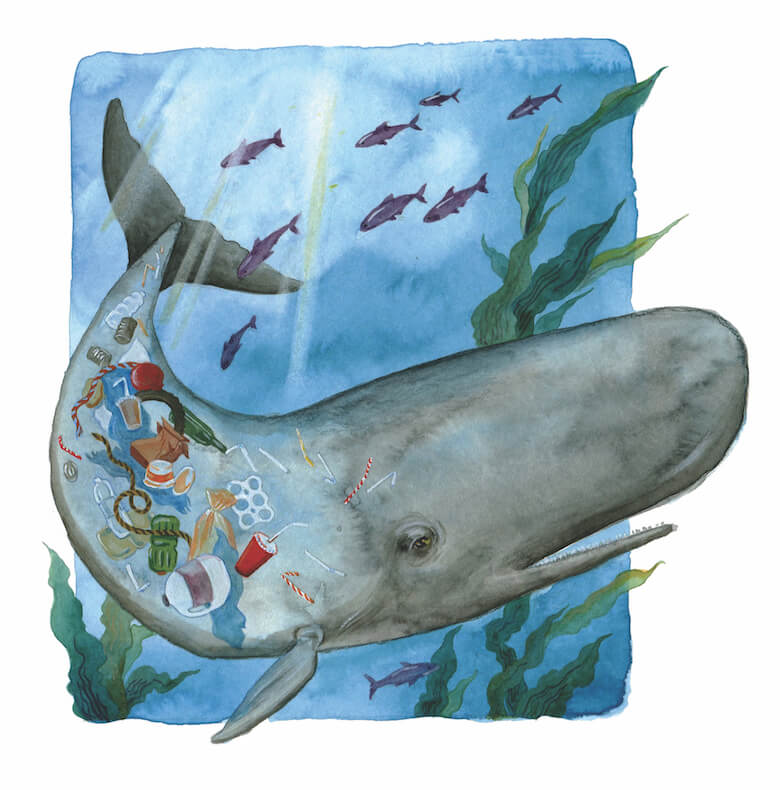 The fourth graders at Montauk School hope that the next time their teacher says “That’s the last straw!” she means it. Literally.

The fourth graders at Montauk’s pre-K to eighth-grade school, inspired by a class trip to the Oceans Institute at the Montauk Lighthouse and its founder Greg Donohue, and guided by their principal and teachers, have started a real-life environmental project that involves the whole community. Their goal? To be the first community to eliminate plastic straws from every restaurant and deli, thus keeping plastics out of the water that is so much a part of Montauk life.

“We learned that plastics are getting into our ocean,” says fourth-grader Julia Kuneth. “And then we saw that there’s this guy collecting plastic and making art. We thought, ‘That’s smart; everyone should do that at least once in their life so we’re not throwing plastic into their [sea creatures’] home.’”

“This guy” is Greg Donohue, founder and board member of the Oceans Institute, which opened at the Montauk Lighthouse in 2015. Donohue—who in his other lives is a surfer, landscaper and land stabilization expert—has been working to mitigate the bluff erosion at the iconic 1796 lighthouse since the late 1980s. The Oceans Institute was his—and fellow surfers Rusty Drumm, the late East Hampton Star columnist, and Bettina Stelle, a lighthouse benefactor—way of educating on the need to preserve and protect the waters around Montauk. 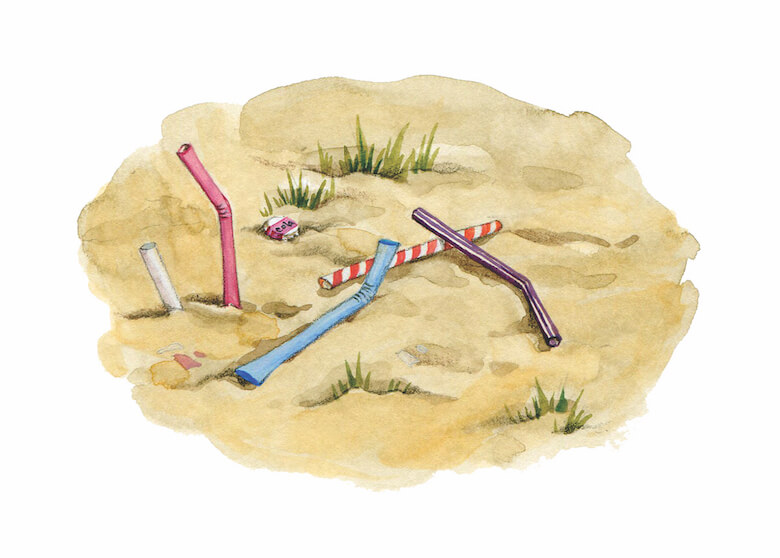 His art is one of a series of sculptures made from plastics recovered from area beaches on display at the museum. Donohue created a whale framework stuffed with plastic refuse, inspired by real-life necropsies of dead whales that turned out to be full of plastics. His helpers in the business of stuffing the whale sculpture? The MTK School’s fourth graders.

“It’s a nice-looking, provocative artwork,” says the voluble Donohue. And it provoked him to get the schoolkids more involved—by getting rid of the plastic straws ubiquitous in this heavily touristed community by the sea.

“The Last Straw initiative is a sidebar to this movement,” he says. “I walked into the elementary school to talk to the principal and see if we could get the fourth graders to take it further. Why can’t we make Montauk the first plastic straw–free resort community in America?”

Principal Jack Perna was game and immediately turned to fourth-grade teachers Chantal Adamcewicz and Kathy Havlik, who got to work on turning this initiative into a teachable moment. 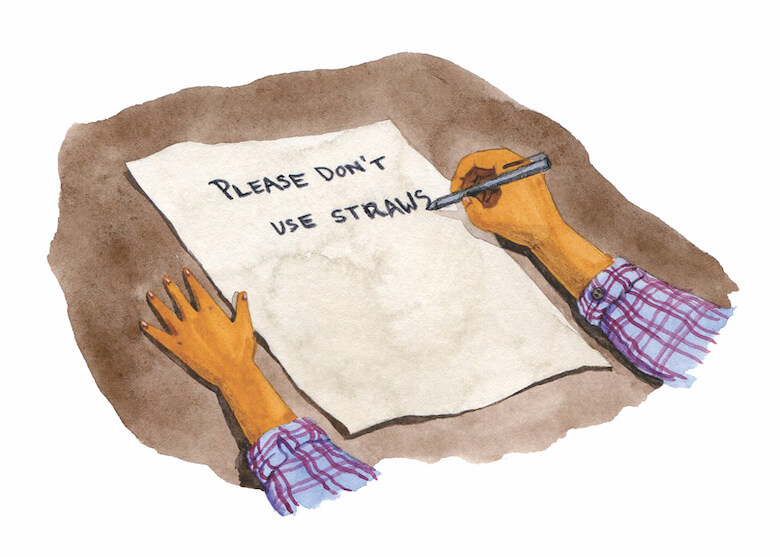 The 45 students began a letter-writing campaign in February, reaching out to 60 Montauk businesses, requesting that they stop using plastic straws. Quite a few responded, but it was Jennifer Meadows, owner of Bliss Kitchen, who got on board most enthusiastically. But after a bit of research, she identified a very big challenge: cost.

“The switch from plastic to paper straws is very expensive,” she says. “Last year I spent $88 on plastic straws. If I were to buy the same amount of paper straws, it would cost me $900. It was insane.”

But Meadows is not a giver-upper. She contacted paper-straw purveyors and found one —Aardvark Paper—that would give her a deal, if she would order bulk two pallets or 96 cases. She then went to Donohue and the mission changed slightly. They are now contacting restaurateurs to commit to buying paper straws by the case.

“In two days we got commitments to buy 18 cases. And we got donations. It’s still pricey, but the idea of the initiative is to start somewhere, to decrease the amount of plastic in the ocean. We are asking people to just replace some—not all—of their inventory. The point is if you used two fewer cases of plastic straws, there would be 6,400 fewer plastic straws out there that could get into the ocean.”

And who knows, The End could actually be the Last Straw.